Why would you stick to that what is known, if there are so many unknown places where winter is coming? Following our line all the way to Romania, we ended up in a lost forest listening to the songs of orthodox monks, traveling further along through mud and snow trying to track a way to the mountains and drinking beer with a guy who bought a skilift which he switched on just for us.

So ask again, why stick to that what you already know?

As most ideas are developing more and more along the road, we kinda stood still the moment we entered Romania. First because the road just ended at one point, which makes a ‘roadtrip’ somehow impossible. And second, there seemed to some difficulties finding a skiing area or even a way to reach the actual mountains. We had to admit: we were lost in the pretty and yet so unpredictable wilderness of Romania.

All of it started the moment we crossed the bumpy border from Hungary to Romania, on our way to the beginning of the Transalpina, aka ‘Devils Path’. The only entrance into the mountains of Parâng.Driving on brand new concrete gave us the confident feeling that we would reach our destination before the afternoon. But when the concrete started to miss some parts and slowly turned into nothing more than a luxurious walking path full of snow, our gps showed us the magic words ‘Vehicle is off the map’. Now what? 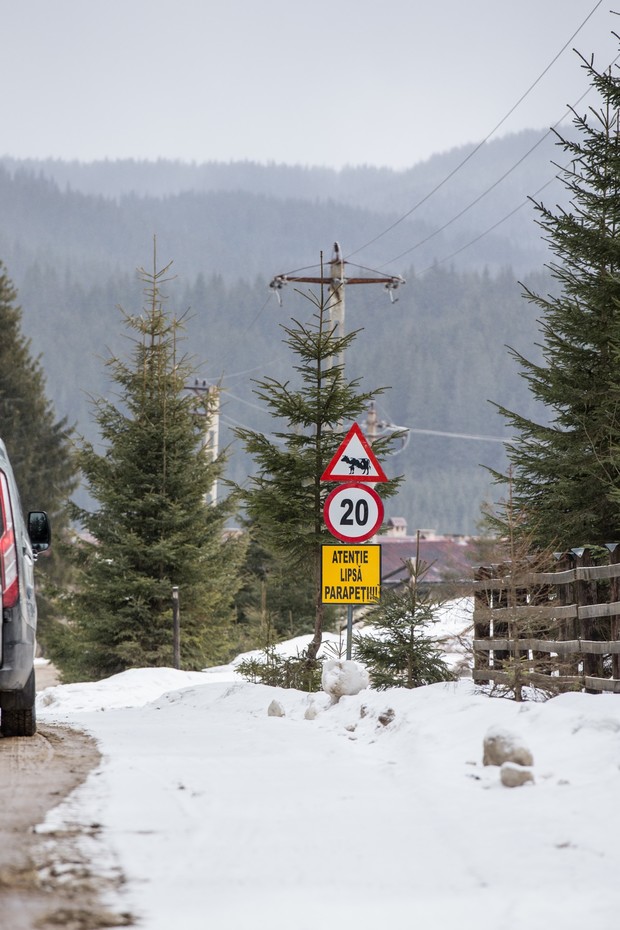 The only thing we could do was to try to discover the route to what we thought should be our destination. Worst case scenario was that we ended up nowhere and had to turn around.
The forest became tighter and the snow slowly deeper. We stepped outside of the car to check the road every half hour. But at some point we heard something unexpected. There were people singing. It appeared to be an orthodox community with praying monks who invited us in and wanted us to stay. But all we could ask in return was: ‘Do you maybe know if there is an skiing area nearby?’ 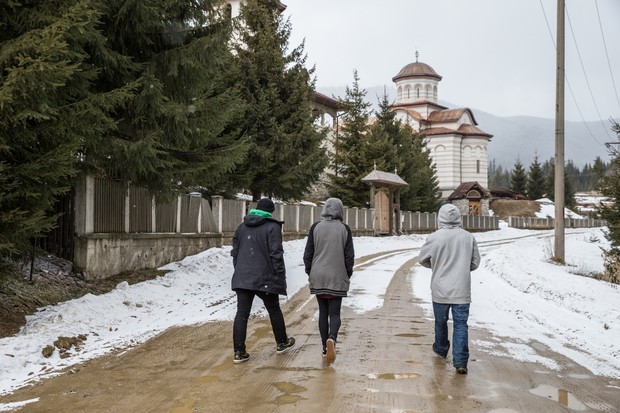 Ashamed as we were, walking around in skinny jeans between the black dresses, we left with an satisfying answer:
‘Yes. Just another hour straight and you will find Ski Sureanu.’

Exactly one hour later we found the skiing area, with some sort of wooden pyramid on the top.There were cars, one dog, a cat, people and even beer. We entered the pyramid with surprised faces and left it hours later with a big smile and a lot of information about the area. 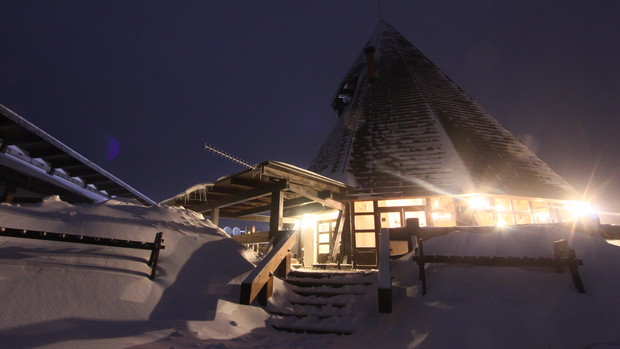 A little recap: the guy who bought the lift put it here five years ago because ‘why not?’, there is a team of ten people all living in this pyramid, there are wolves, bears, great camping spots, tree runs, some steeper lines, big bowls and last but not least: there is fresh powder.

Also, there was no phone reception or wifi for that matter, you could not pay by card and they didn’t take Euro’s, the first gas station was over 40 kilometers away and food delivery came only once a week. And of course we needed all of these things, because we had driven straight from the border to this little piece of heaven.
But first things first: let’s discover this place from top to bottom. We will solves the other problems later. 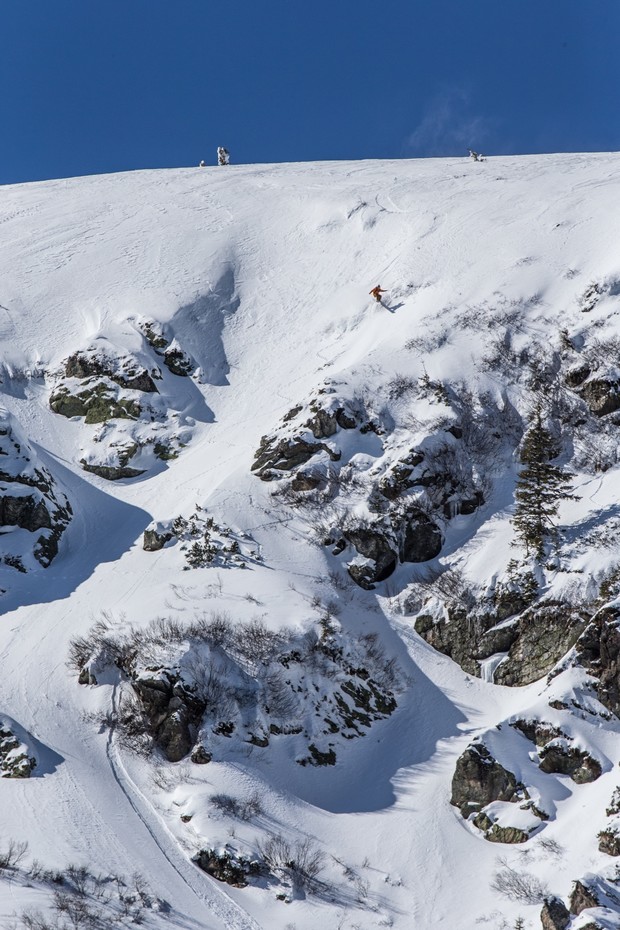 It was so easy to have fun on this little mountain. The pyramid became our basecamp, the people our friends. We even helped dig out the chairlift, so that they could open it for us. 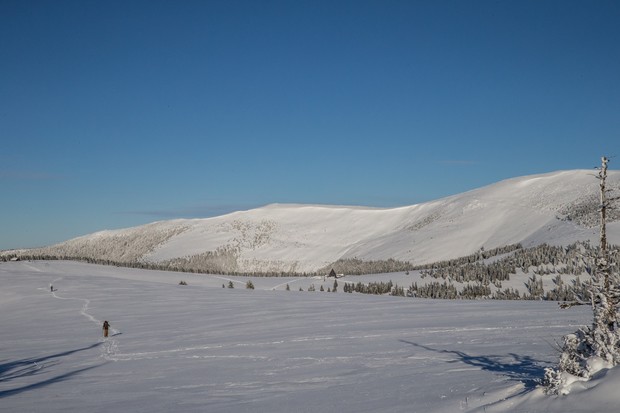 After one week of sleeping in a tent between the wolves or a remote hut in the wild and many runs with first tracks, we fell in love with Sureanu and her powder dog who followed us around. And I’m pretty sure you would love to go there too, but don’t ask us how to get there.

Just follow the unknown till the gps says your off the map. 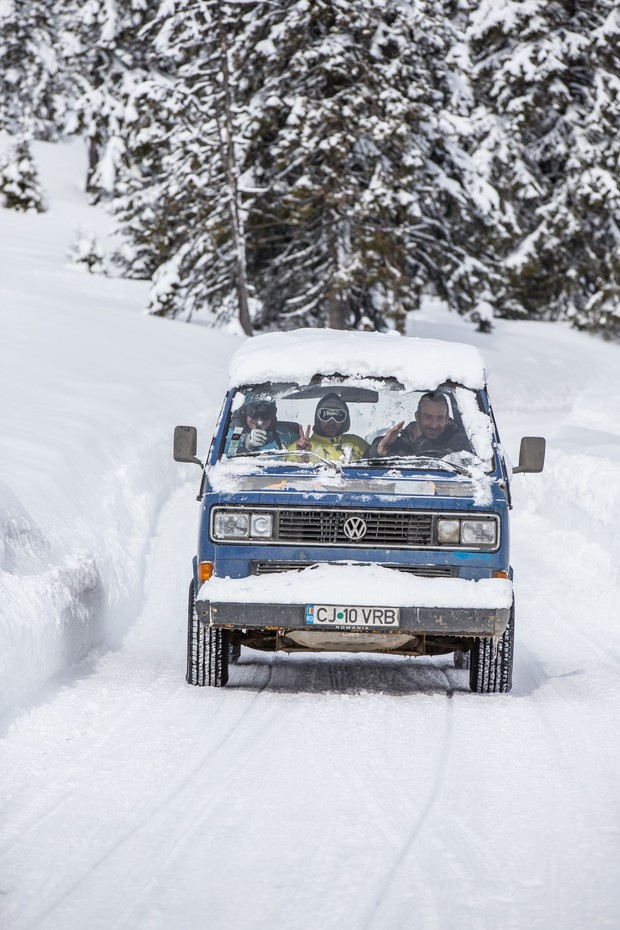