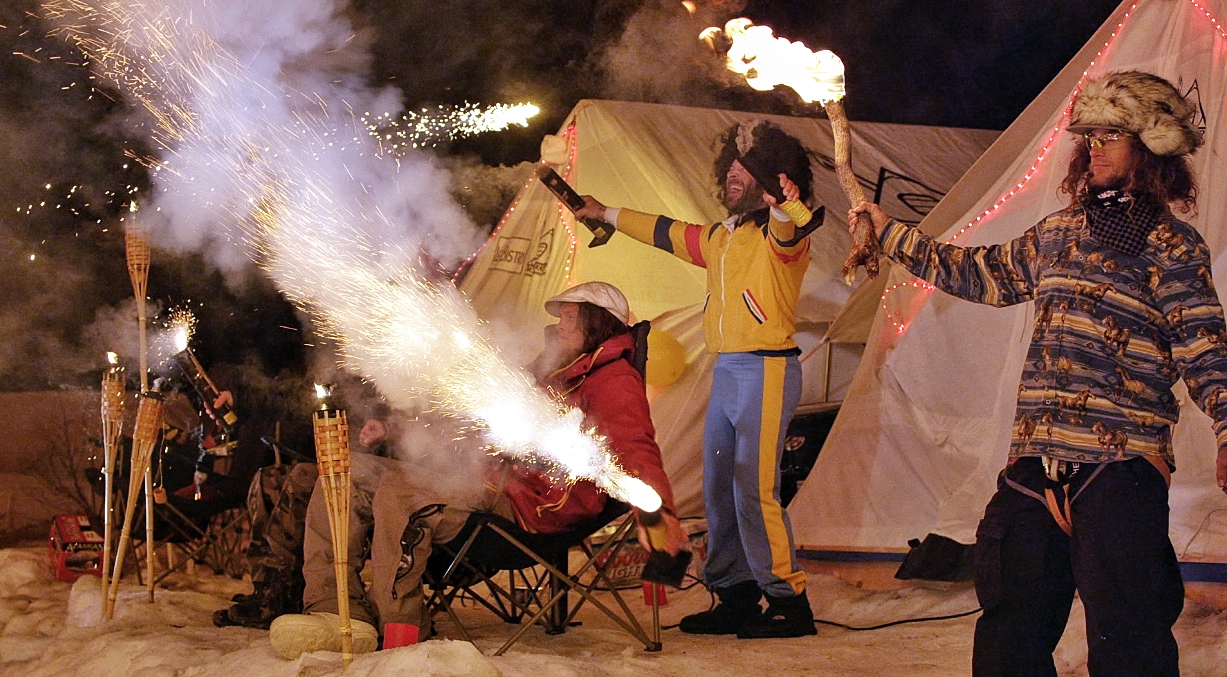 That new-found campfire hobby would later make for the intro of Way Of Life, and several weeks ago, a rectangular package showed up in the office. It came from Duane and Margot Lottig, the owners of Snowtrekker tents, who also happened to run the town fireworks shows in Duluth, Minnesota. In the package was a mortar tube similar to the one the crew had used in Alaska, except that in this version the section where one might hand-hold the device had completely exploded, leaving a shearing hole through both sides. “It’s not a common occurrence but it can and does happen,” wrote the couple. “Thought you guys would like to see this…”

So, while TGR may have their snow-safety program on lock, we certainly have a ways to go on the pyrotechnic safety side of things. Let it be a lesson to all you backcountry-shredder-would-be-mortar-fire’ers – plant those damn things in the ground and stand clear!

Not privy to the scene we’re talking about? Check out Way Of Life on iTunes: http://bit.ly/1gfYV1C