The journey to Macedonia itself is already worth a story. From Skopje to Popova Shapka is only a two hour drive by bus, but results in hundreds impressions. 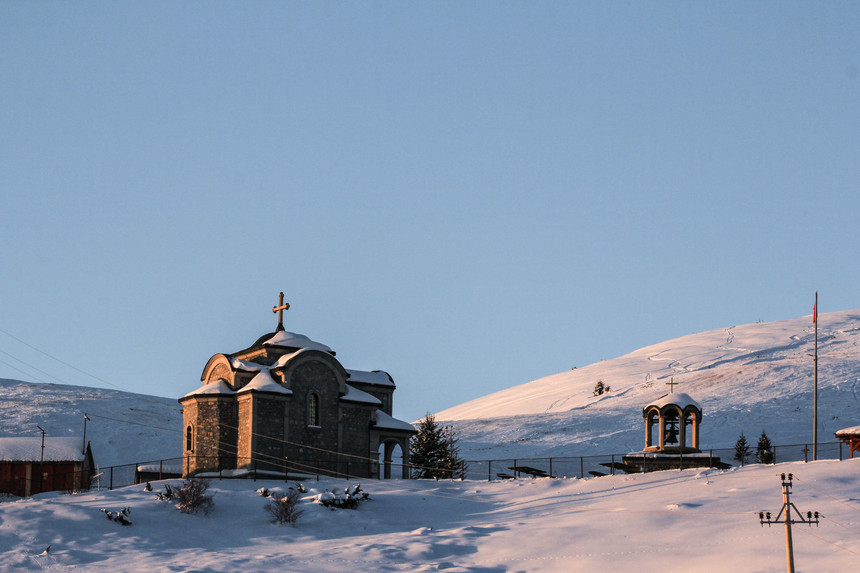 I’m not sure yet how to put my first impressions of Macedonia in perspective. So I just decided not crack my brain too much about it. That lasted only a few minutes, till the moment I saw the face of Pablo Escobar on the side of the road. The mountain guide told me the language citated on the billboard is not that common anymore, it’s old fashioned. I tried to figure out how this language is called, but Google Translate disappointed me…The only thing I can remember from the story of the mountain guide is that it means something similar to: ‘Difficult times lie ahead of us. Be prepared.’ Pretty interesting knowing the motto of Macedonia is ‘freedom or death’. 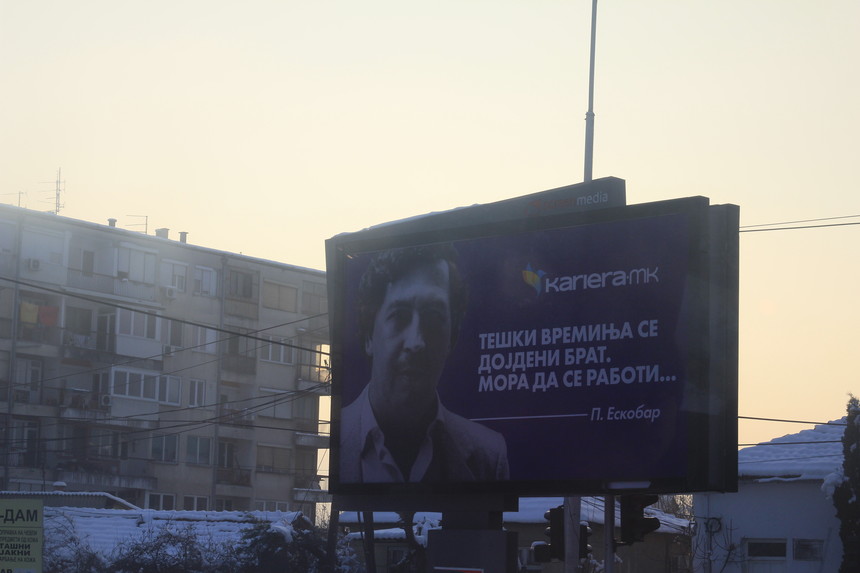 Since Macedonia got it’s independence in 1991, you can imagine her people felt free to develop their own identity. Being integrated in former Yugoslavia, and being a landlocked country, their identity was mostly influenced by powerful countries like Greece, Serbia and Bulgaria. And I still have the feeling that they haven’t completely found what they were looking for yet. But after only a few days inside her borders I might be mistaken.

The students I traveled with were mostly exited about going into the mountains, but a good lesson was yet to be learned. About the lack of environmental awareness for example. We found trash on the side of the road all along the way, from bottom to top. Homeless dogs searching for food are not helping either of course, but we were surprised. And confused. Especially because the country is pretty enough to love. The students – who felt richer than ever with 100,- Macedonian Denar (MKD) worth only €1,60 and produced because of that more garbage then ever after buying bags filled with food and candy – couldn’t understand why mountain people would trash their back garden like that. I saw them making sure packing every piece of plastic back in their bags. 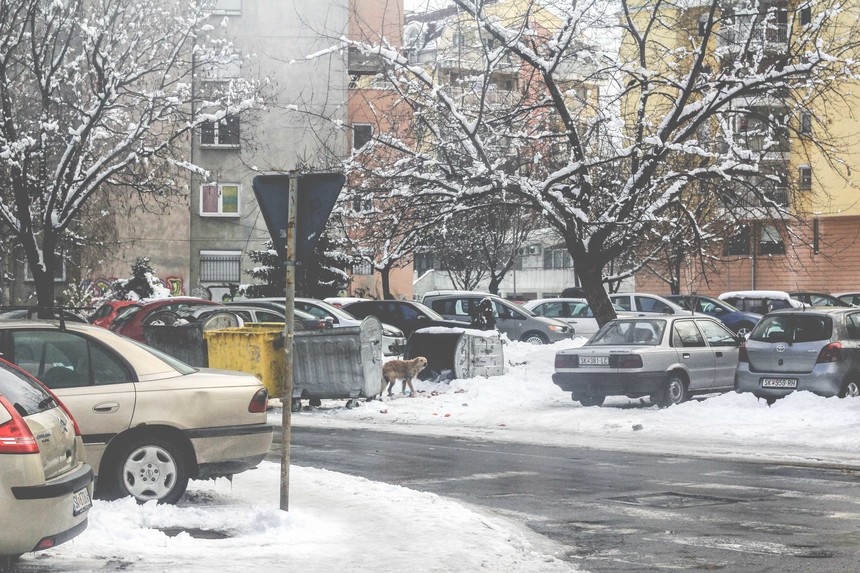 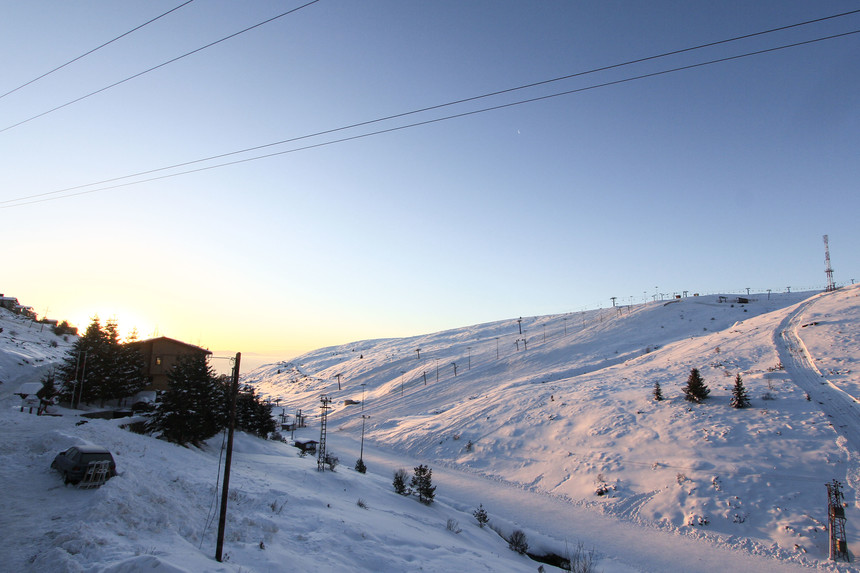 As said: Macedonia is still easy to love. Her mountains have something magical. Not high and sharp, but accessible and friendly. Our trip was a package deal with Eskimo Freeride, a pretty popular company. Confirming my thoughts of Macedonia not really developed her own identity, Eskimo Freeride is set up and handled by a bunch of licensed guides and teacher from Croatia. And they knew exactly where we could find some good and nice lines to ride during the few days we’re about to spent in their mountains. 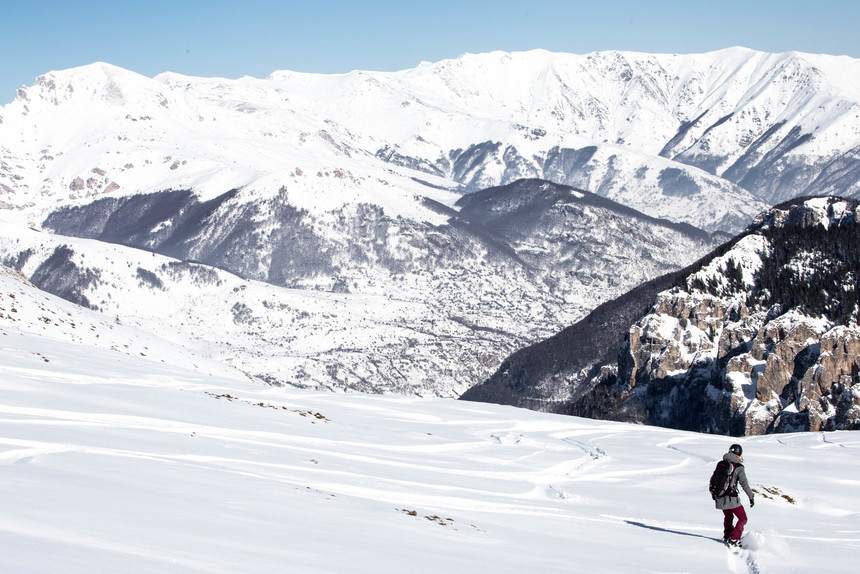 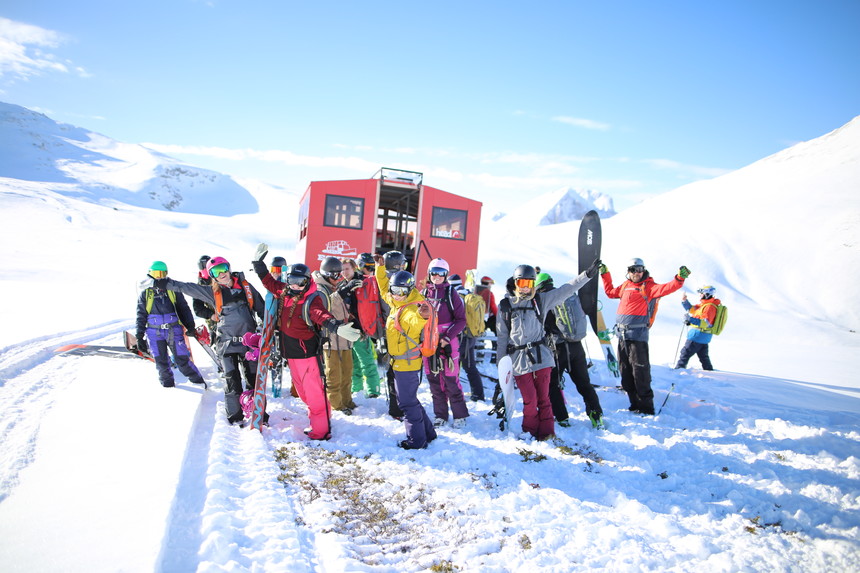 Being up here makes your day. And about the snow conditions? They can be absolutely perfect. During our trip it was powder management to the max. We found ice, hardpack, fresh fields, nice tree runs, heavy snow, light puff, grass, mud and some sharks (rocks) but in the end we got to ride. Free. And being brought up by a snow cat is really worth a try. It’s like heli skiing, but then with a snow cat who drops you off and picks you up. And really…they love their jobs…which makes it a bit more attractive to visit again… 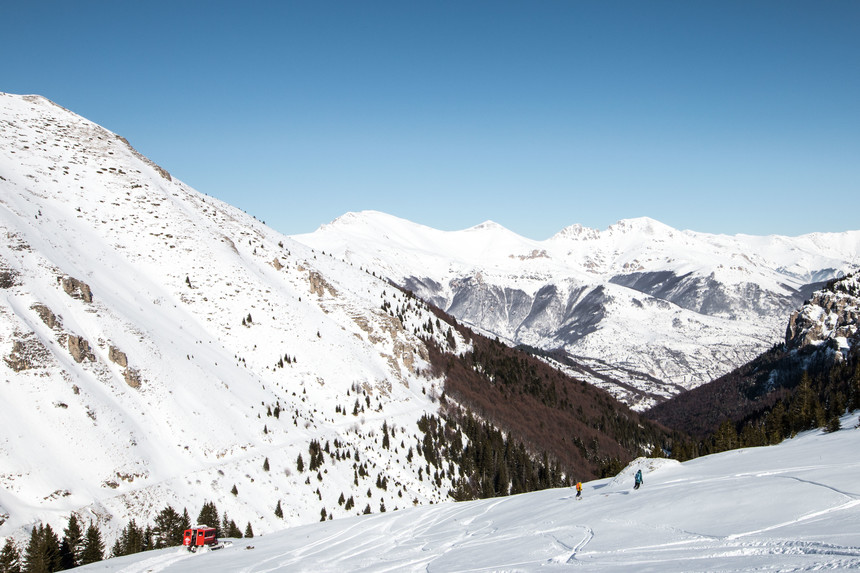 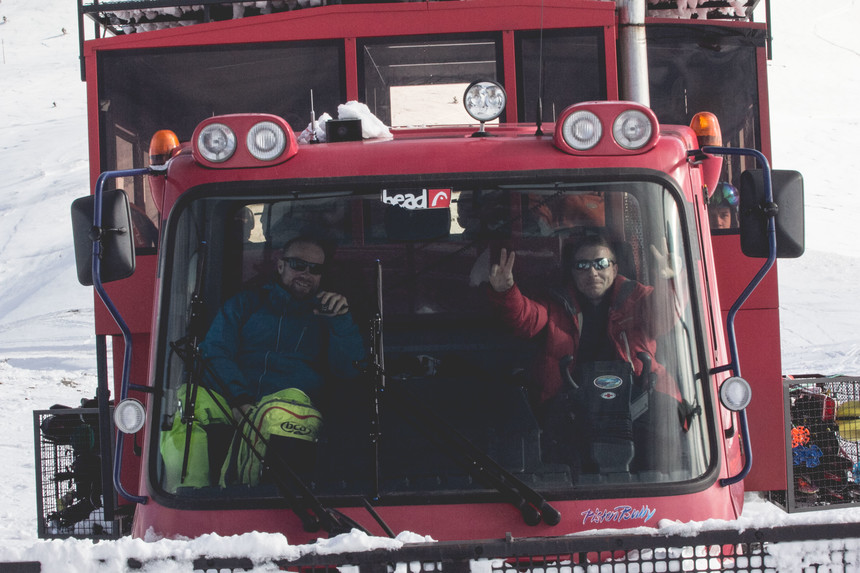