Have you ever participated in a Freeski Six Cross event? If not, here's your chance to do it! This will probably be next winter's moister adventurous and action-packed ski race. Red Bull Hüttenrallye in St. Anton/Austria features fearless amateurs skiers and elite freeskiers from across the globe showing of their skills on extreme terrain. Daron Rahlves (USE) is there to challenge you!

The first jump is off a snow-covered wooden rooftop, followed by a nearly 2-km run with an elevation loss of 300 meters across or right through Tyrolean ski lodges - all to be accomplished in the space of one exhausting minute. St. Anton am Arlberg, the cradle of Alpine skiing, will not host a casual après-ski event on 17th and 18th December 2010. Instead, it's all about the fastest line. In the Freeski Six Cross, amateurs compete against professionals, and even if the location and terrain are reminiscent of classic ski films, reality will hit with a roof jump and elbow check.

24 international freeski pros (eight women and 16 men) are invited to the race, among them American Daron Rahlves, winner of the X Games Ski Cross in 2008. The organizers are looking for freeskiers, ski instructors, amateur racers, freeriders and other ski enthusiasts who qualify for the Six Cross event the next day by riding the terrain in a timed event. The actual race teams will consist of four amateurs and two pros, with the top three teams from each heat advancing to the next round. The rules are simple, almost anything is allowed. The winners (both women and men) will take home a brand-new Suzuki. 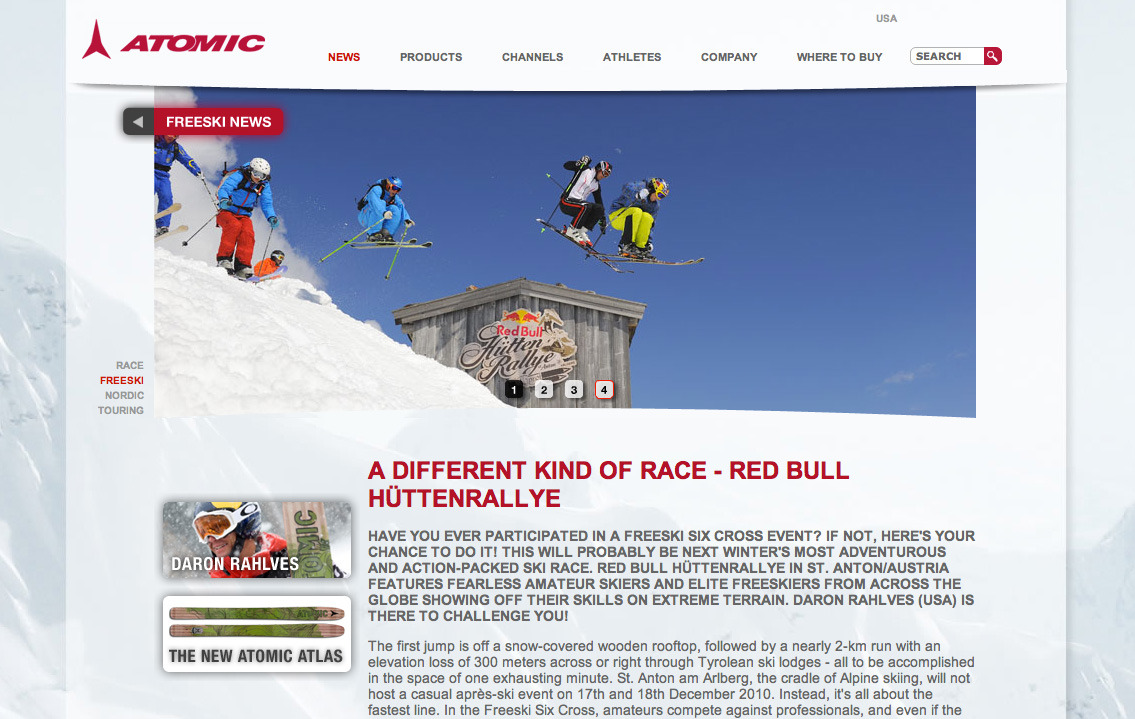