Sometimes the next progression of freestyle events means thinking a little less like a snowboarder or skier and a little more like Evel Knievel. That was the grand scheme for the first-ever Red Bull Third Shift that took place at the Summit at Snoqualmie in Washington on Saturday, February 18.

The hard working park crew with the help of carpenters, electricians and cat drivers constructed a town square at the top of the Summit Central Terrain Park complete with a jump that gapped a snow bar (that you could buy drinks at) with jibs and wall rides on the side of the building. The end result was 30 of the best northwest freestyle skiers and snowboarders hashing it out in a jam format for a $1500 cash prize. 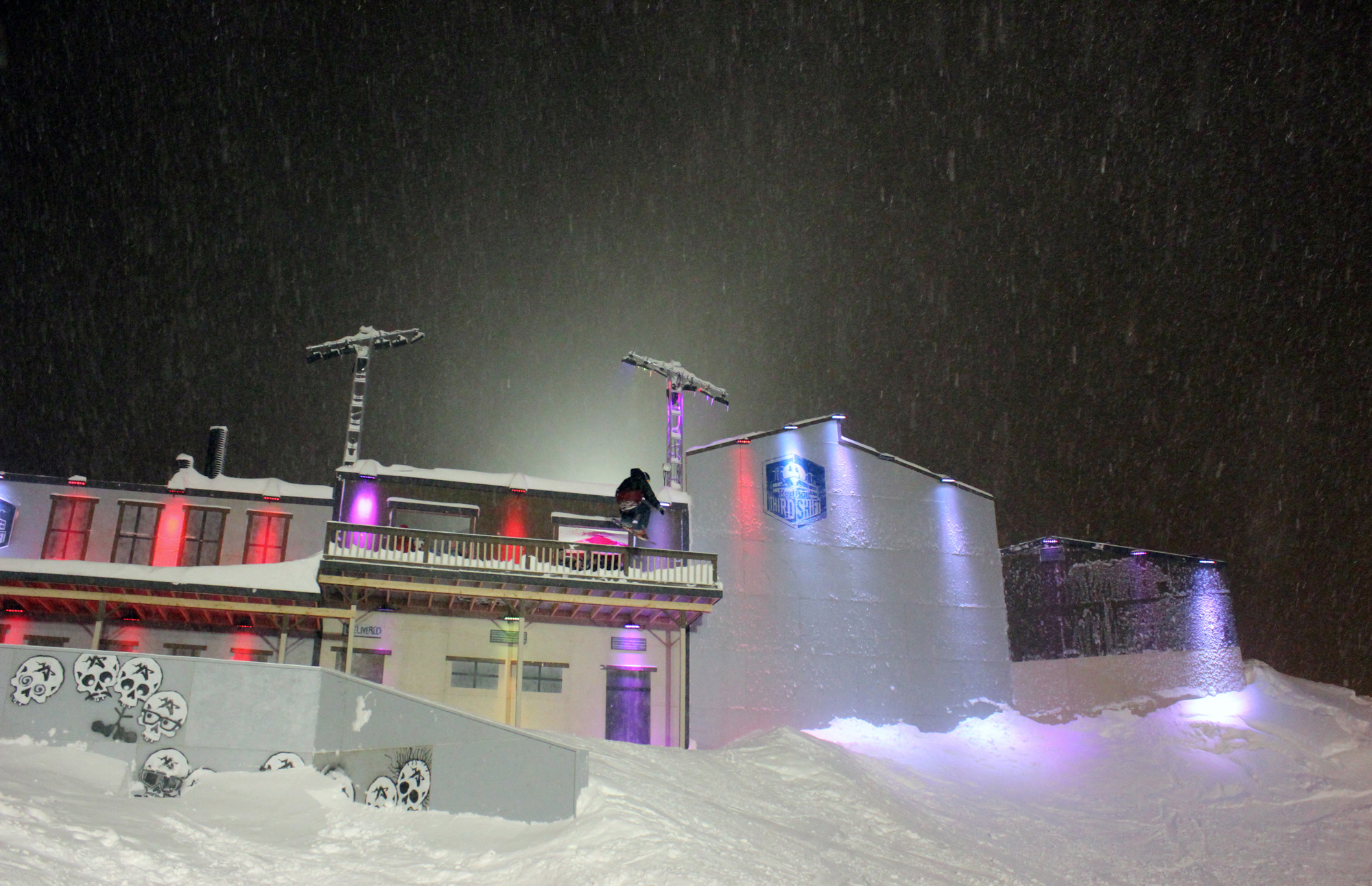 “Unfortunately, due to the snow tonight, we’re not going to jump buildings," Snoqualmie park director Joe Pope said. "But we’re riding the fronts of the buildings.” Rider Tommy Gonzales didn’t get the message and made sure to jump buildings.

Of course, Mother Nature had different plans in store and delivered up to two feet of snow on the mountain.

“The fact that we’ve got two feet of snow in a day and it kinda messed with our event a little — just look at the crowd, it hasn’t dampened their spirits,” Snoqualmie park director Joe Pope said. “Buildings are one thing, the sport is the most important part. And there’s two things that reaffirm that: everyone hitting these features in a variety of ways and the people who came out to support them hitting the features. That’s what it’s all about.”

It’s a frickin' blizzard. The highway was closed and the event was packed with people in the bar, on the fence, and on the lifts watching riders throw down.

Despite the blizzard of snow coming down on the event, the Third Shift garnered some insane tricks. Maybe it was the two-story rail or the wallride, but athletes had no problem pushing the limits and their bag of tricks to the features. It’s a good thing they have youthful ambition and legs of steel, the kids often went “fat to flat” as described by a skier in the crowd. 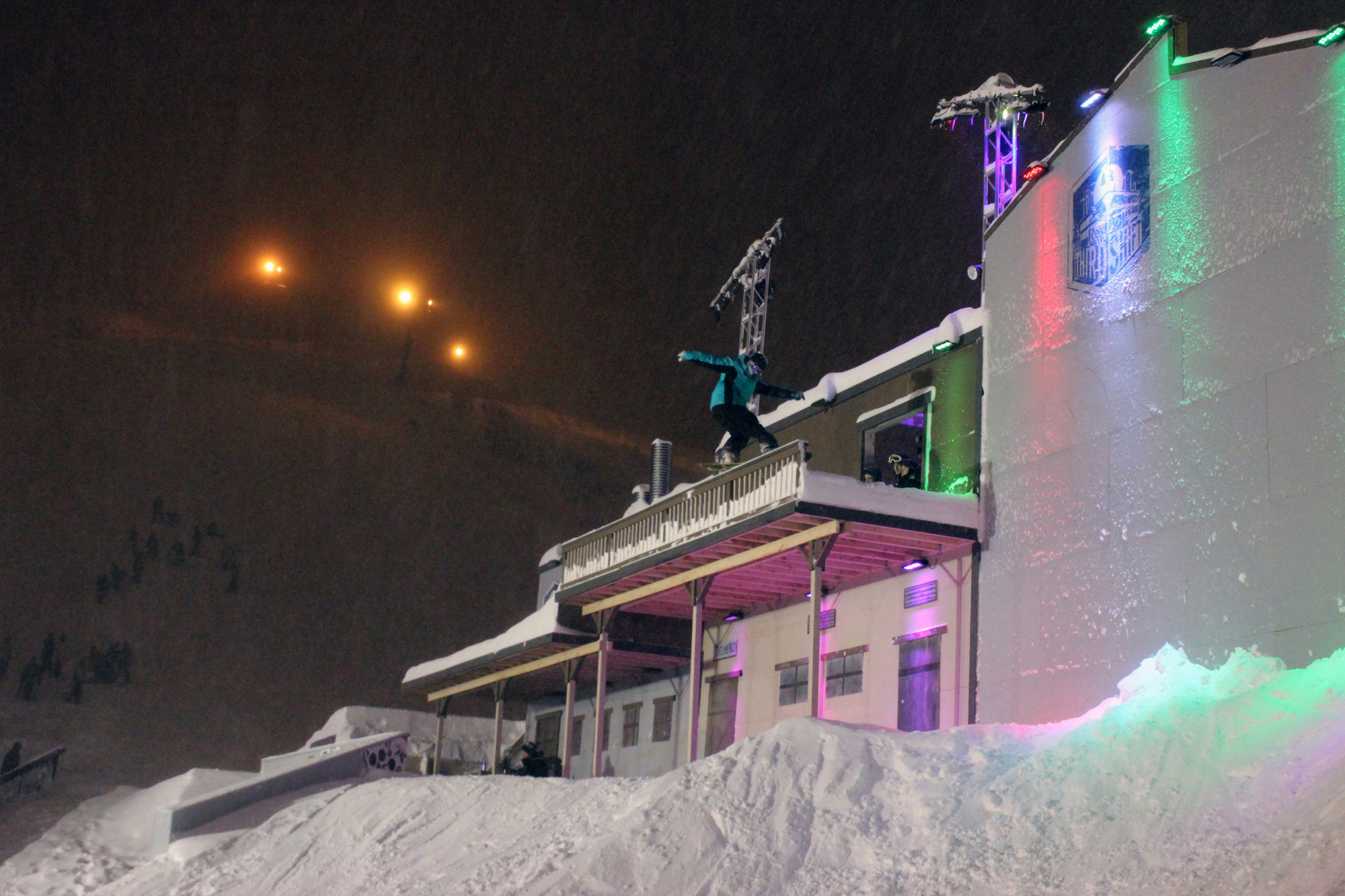 Can’t get a drink from the bar? Take a look out the window and catch the action.

“I can’t believe all this snow, everyone’s been working so hard to get this setup. It’s a bummer we couldn’t get the jump going but the jib setup should be fun. It’s all about having a good time so I think we’re going to succeed in that” said Joey Van Der Meer, who took home first place for the skiers. 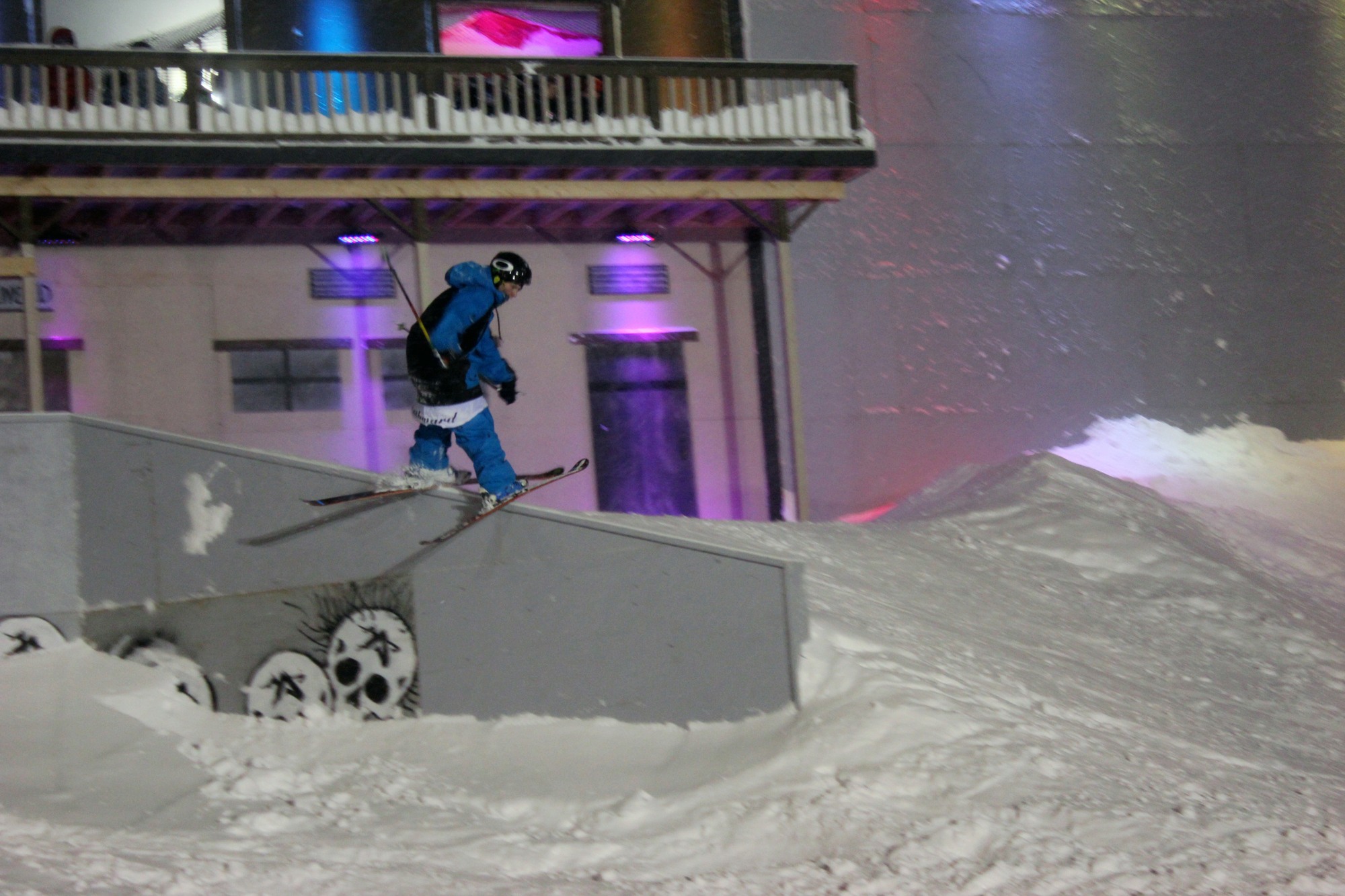 Joey Van Der Meer got some pow shots earlier in the day and rail jam shots at night with his first place finish.

There’s one thing you can say about people in Washington, they are dedicated to the cause. Despite the abundant snowfall coming down, the crowd cheered the riders from the sidelines. What was meant to be a one-hour rail jam, crossed into two hours with riders still hiking and calling their drops. 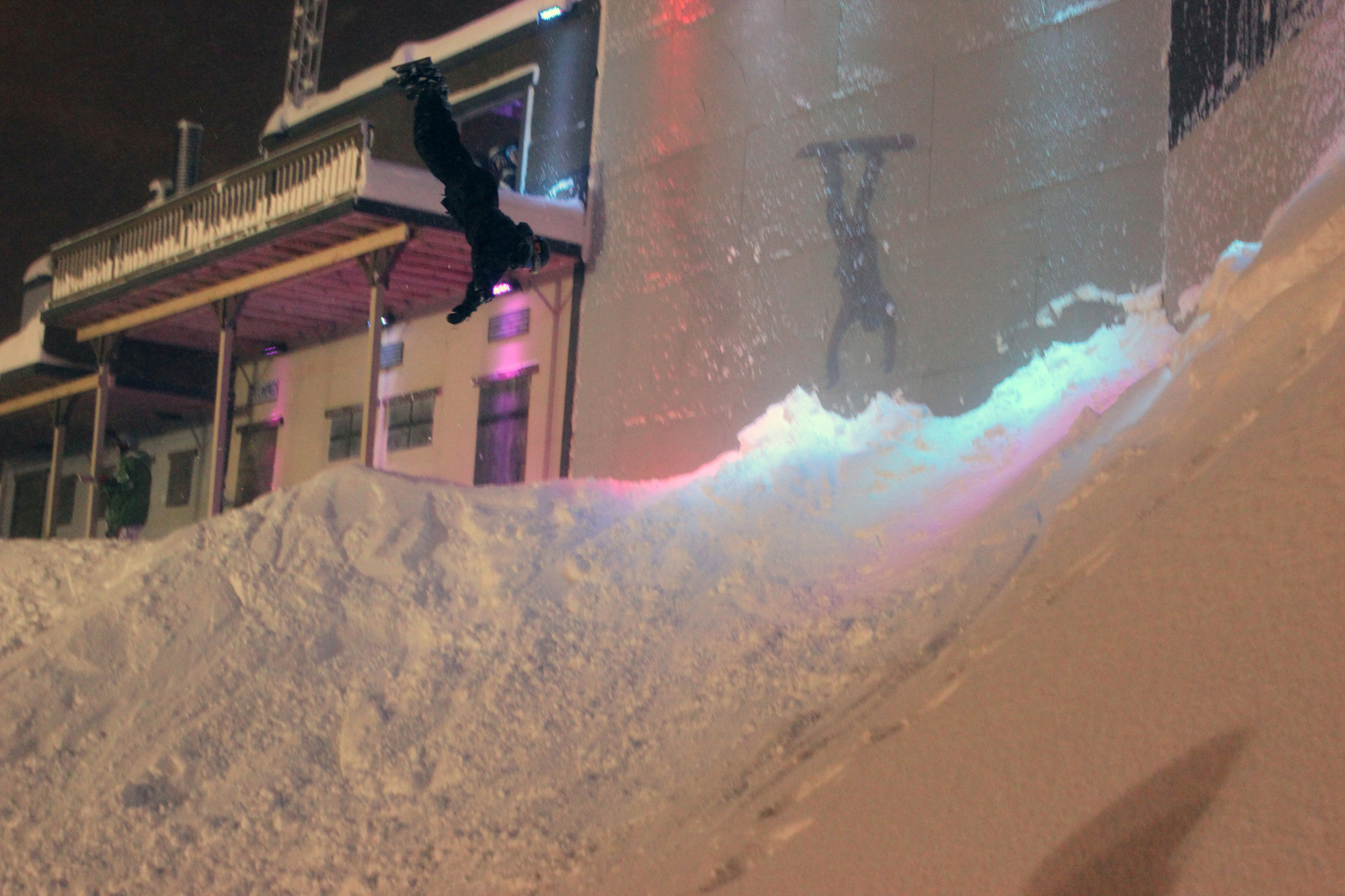 A two story backflip? No problem for the snowboard winner Stefan Krum.

What happens when you channel through the middle of a jump, build a snow bar and offer up Red Bull? A feisty bar packed full of people drinking Nollies and Shifties while peering through windows to catch the action (or heckle them in true western style). 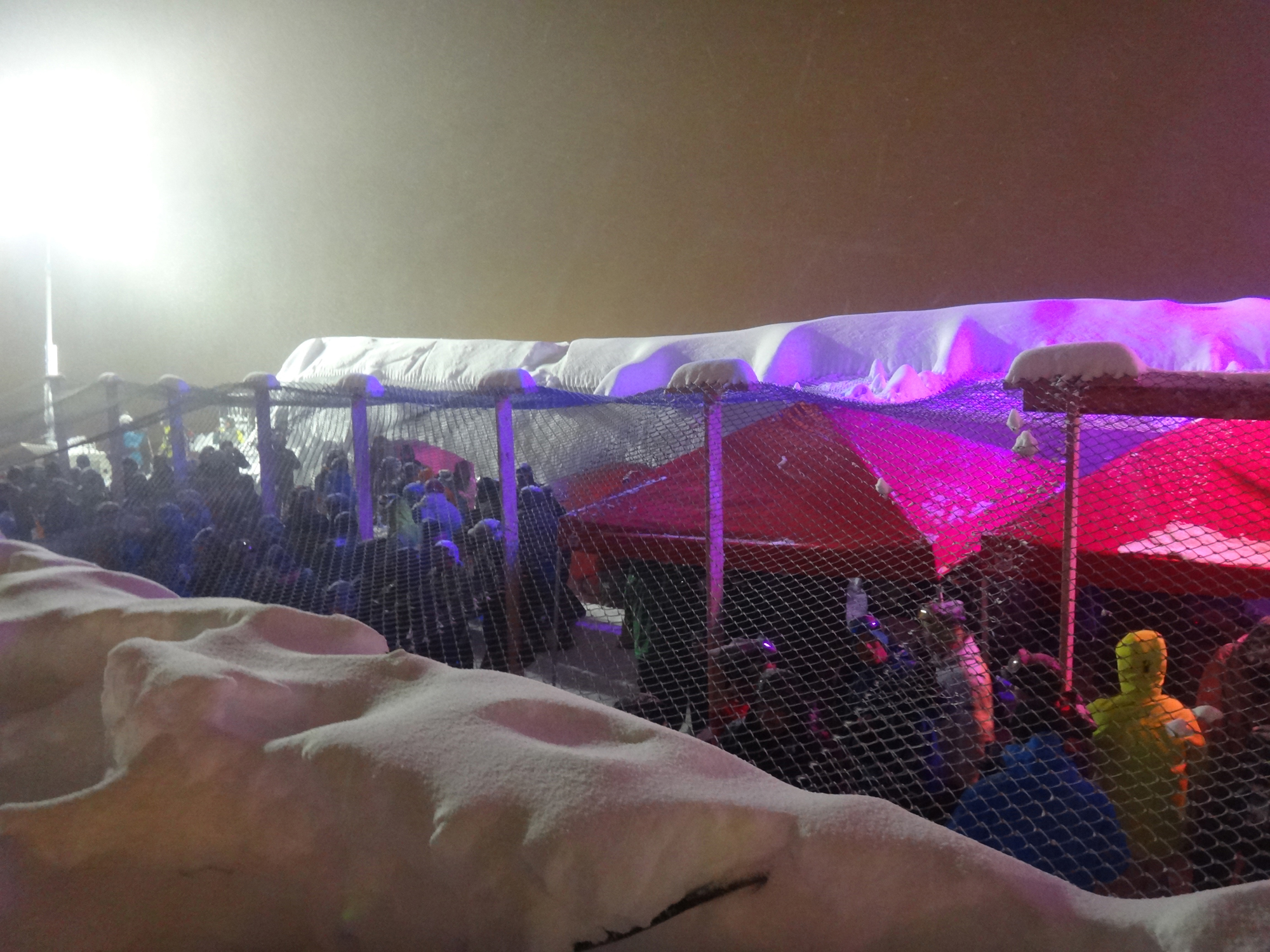 The coolest bar in town during the Red Bull Third Shift was the one built inside the jump.

In the end, it came down to the riders to determine the winners. Joe Pope wrangled up the riders, got the results and took to the bar at the base of the mountain to announce the winners of the $1500 cash prize.

Like to jib, shop for you next street board or pair of skis at Backcountry.com