We’re stoked to partner with SBC Skier this year to deliver a healthy dose of stories and images from up north. As Canada's premiere ski magazine, SBC Skier is much more than a big mountain/deep powder-focused magazine or a park and pipe-online freeski rag.

Being that Canada boasts some of the steepest mountains, deepest snow, best resorts and some of the most unique urban terrain in the world, it’s home to more than its fair share of skiers. Consequently, SBC’s goal is to showcase all of the diversity and grade-eh skiing Canada (and the world) has to offer. For more on SBC Skier, be sure to check out http://www.sbcskier.com and follow SBC Skier on Facebook, Twitter, and Instagram.

Jeff Schmuck's interview of James Heim can be found in Issue 13.1 of SBC Skier, which is now available on newsstands across Canada.

James Heim’s inspiring journey has led him to become one of modern skiing’s stalwarts. The journey has been long, hard, and humbling, but it’s made him who he is.

James Heim is known as one of the most modest, hardworking and talented big-mountain skiers in the world. Raised in Rossland, B.C., the hard-charging skill set developed on the slopes of Red Mountain has propelled Heim to notoriety as a mainstay of recent MSP films. But living any diehard skier’s childhood dream didn’t come easy. Two years after the ink was dry on his high school diploma, Heim concurrently endured a horrific injury and life-altering tragedy that threatened to derail his voyage. While many would have waved the white flag in the face of such physical and mental adversity, Heim turned the most negative of situations into a positive, using pain and death as motivation to emerge as one of skiing’s most formidable unsung warriors. 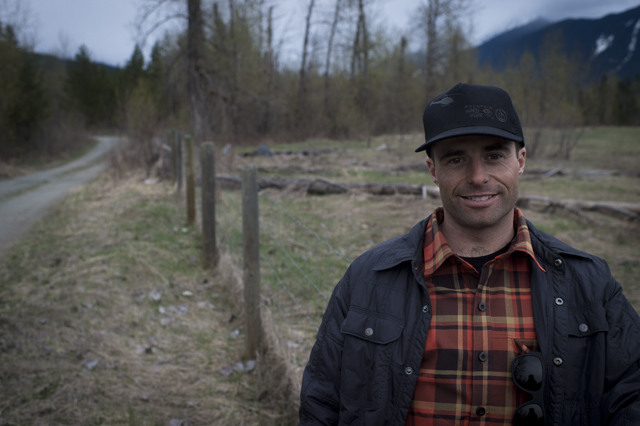 Tell us about your beginnings.

Growing up in Rossland was amazing. Red is an incredible hill, because if you can ski all the terrain there, I’d say you could pretty much ski anywhere in the world. Even though Rossland is a ski town, most of my friends played hockey and didn’t ski that much, but we did have a good small crew that only skied. We started out racing, then moved onto powder and jumping. There wasn’t a park at the time so we’d just build jumps in the middle of groomed runs and try to learn tricks on our 195cm straight skis. Most of the time we got in trouble just for building them; one time the mountain even dynamited one.

When did you realize that you might have an opportunity to ski for a living?

Aaron Allibone, one of my best friends, started filming us all when we were 15, and by the time we were 18 he was making great ski movies. One of his videos won Best Film at the Rossland Mountain Film Festival and got our whole crew a small product sponsorship from one of the local shops—a huge motivator for us to continue to film and work hard to pursue a possible ski career. We’d also met Switchback Entertainment’s Jeff Thomas, who was running Theory-3 Media at the time, and along with Aaron we filmed with him at Whistler Blackcomb, Mount Seymour and Mount Baker, which helped us start getting more exposure. 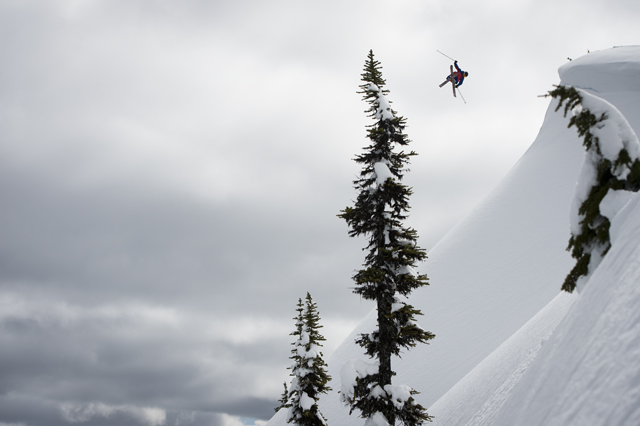 Then you suffered what could have been a career-ending injury. What happened?

In the summer of 2002 our whole Rossland crew moved to Whistler to ski on the glacier. The rest went home afterwards, but I ended up staying for the winter. Whistler had a horrible start that season, but on the first day that I really had the opportunity to explore, the snow was so deep you could barely see while you were skiing. I was following two buddies down Fraggle Rock off Crystal Chair, where I would submarine for a couple turns, look up to make sure I was still following and then dip back into the white room. At the end of the run there was a sharp left you needed to take to avoid some cliffs, but because of conditions and the fact that I was a Whistler newbie I didn’t know they were there. I came up out of the pow, saw my buddy in front, made a couple more deep turns then was suddenly in the air. My full face helmet was packed with snow so I couldn’t see anything while I was falling, but I remember it taking way too long before I hit. I’d skied off a 16-metre cliff and landed on rocks barely covered with snow. I separated and broke my pelvis, fractured my tailbone, sacrum, five ribs and my back. Definitely the most pain I have ever felt. I had two surgeries; one to stabilize my spine with four screws and two rods, the other to hold my pelvis in place with a metal plate and seven-inch bolt. The metal has been with me ever since—a constant reminder of that day.

Almost unbelievably, that was followed by a horrible tragedy.

Right. After my second surgery in Vancouver I was flown to a hospital near Rossland to be closer to family because I was completely immobile. The first person I called when I arrived was Aaron. I left him a message to come film me all busted up, but he was out with the boys shooting in the backcountry. No more than an hour later I heard sirens heading towards the hospital. Next thing I knew friends and family were there with horrible news—Aaron had been in an avalanche and was in critical condition. He died that night, but I had the chance to see him one last time before they unplugged him from life support.

To read the rest of this article, visit www.sbcskier.com.