Andrew Burns, a dirty Canadian buccaneer of a snowboarder, is one of the true pirates of the snowboard scene. First-hitting backcountry booters to the bolts with Blackbeard-level talent, Burns has been sending it in the Whistler backcountry for a long hot minute. Thanks to a mild form of insomnia, he only needs four or so hours or sleep between when he leaves the bar in the Village and hops on the sled for sunrise. Like a true dirty bandit, he also showers and washes his clothes just as seldom as he sleeps. Although you may not have heard of him until more recently, this season he’s breaking out of hiding in Whistler. In the first season of Shipwrecked, Burnsie documents his 2012 season living in a fourteen-foot trailer painted like a pirate ship and navigating his swashbuckling vessel from storm to storm across North America.

TGR: What is living in a fourteen-foot trailer like and what kind of person do you need to be to live in that sort of space?

Andrew Burns: Well, first off it’s 15 feet long, let’s not cut me short here… but seriously, it’s pretty awesome. I have it pretty set up: kitchen, big bed, editing zone, flat screen, surround sound and such. I got it for $600 and put another $300 into it. It’s definitely a little different than a normal living situation, most people probably couldn’t handle it but I like it, I go to lots of cool places and see lots of cool stuff, and spend my money on sled gas or helis instead of rent! 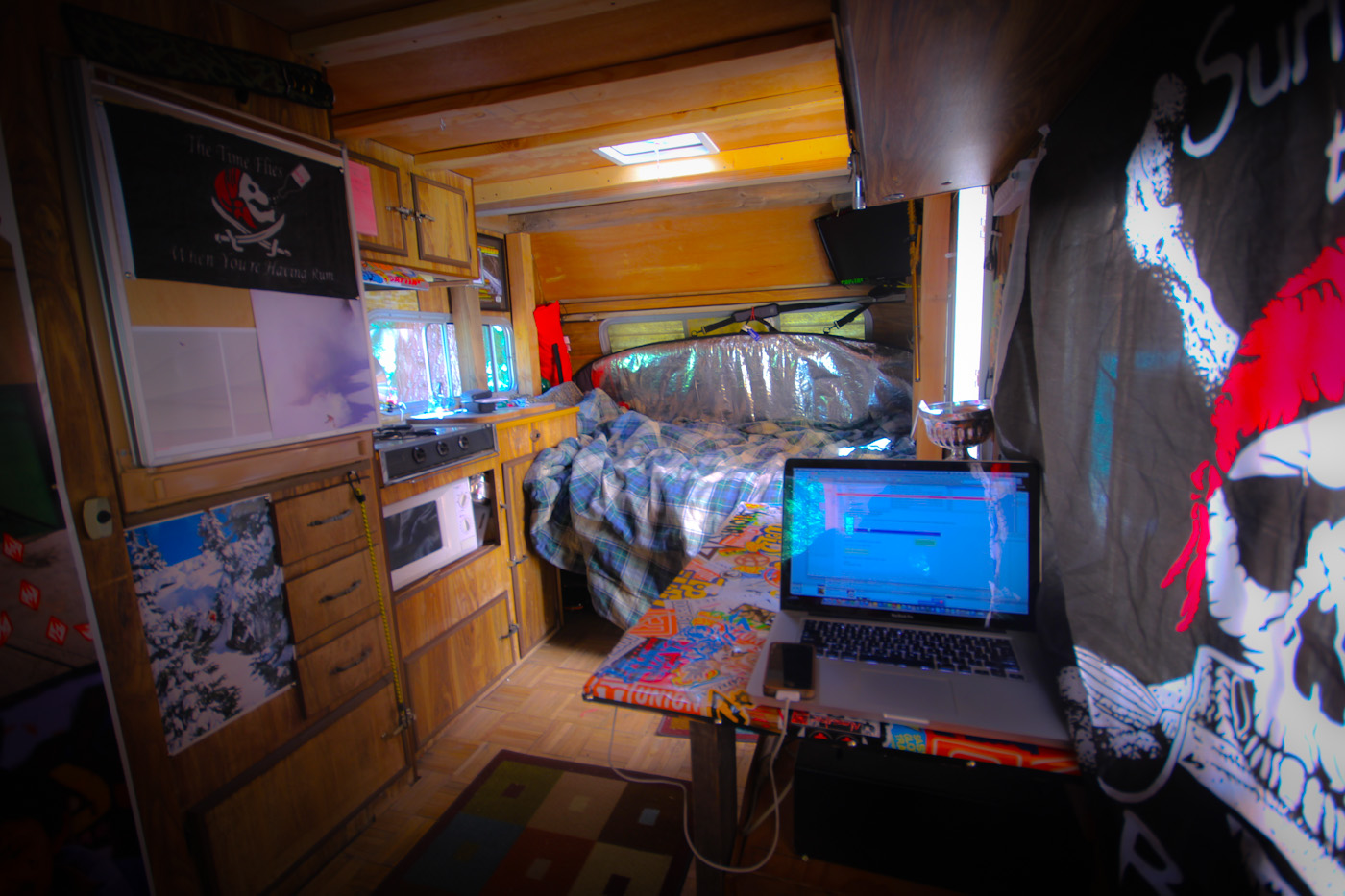 TGR: How many days a week do you spend in there, how often do you get to shower, and have you been able to stay warm at night?

Burns: I live there pretty much full time since I bought it in September, unless perhaps my evening schedule happens to lead me to someone else’s house for the night (haha). It’s been in Nevada, California, Colorado, and now it’s up in Whistler. I like the cold already, so it’s pretty mellow in there at night, but even when it’s like -30 outside, that little nugget stays warm with the tiniest little heating device.

I’m up in Haines, AK right now, and the original plan was to drive my trailer and sled up, but The Levitation Project has us dialed with a house and some sleds to use, so I decided to go back to normal living for a minute… I kinda miss the trailer… it’s coming up next year for sure.

TGR: What has been the deal with “Shipwrecked” this season and who have you been working with for filmers and riders?

Burns: Well I’ve wanted to do my own thing for a while now, and shit was hectic trying to get me into a good crew this year, so I decided I’d try this out and see what happens. I think my situation is pretty obscure and interesting, and I get to ride and film with such a diverse crew of shreds, so I figured people might be down with an inside view of my Pirate life and the world of backcountry shred boarding.

I also feature a crew or shredder in each episode. The first one was a rail trip with the D.O.P.E. crew, episode 2 is Bralorne, BC with my close buddy Andrew Geeves, the third and fourth will be Alaska with the Levitation Project crew, the fifth will be spring boarding in Whistler and some COC and High Cascade action, and the sixth and final episode will be Argentina with SGT. Then I’ll get a part together from my season, and hopefully get a banger placement in a big movie! Got something on the line but it’s not official so I’m keeping it under wraps. 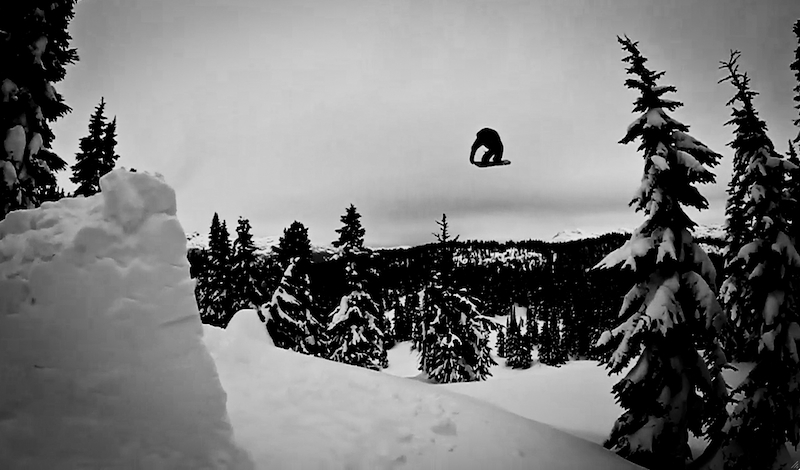 Burns doing what he does best. Photo courtesy of Andrew Burns.

TGR:You just signed with Levitation Project. Seems like their program is expanding pretty quickly with new riders and some new gear like backpacks and snow surfers coming out for next season. What’s going on with LP right now and what’s it like joining the team?

Burns: The Levitation Project crew is ridiculous. Nico Nolan (owner) is the man, he’s been working on this for some years now, and the shit that’s about to come out is insane. Super tech first layers, best hoodies ever, backcountry and camera bags, and some collab stuff with Dragon and Northwave. So many heavy hitters are jumping on as well, it’s a straight up take over! Nico is also a part owner at SEABA Heli in Haines, AK so we’re all posted up here right now destroying shit. Watch out for the new Levisodes that LP will be dropping of our crew tearin’ AK a new one. 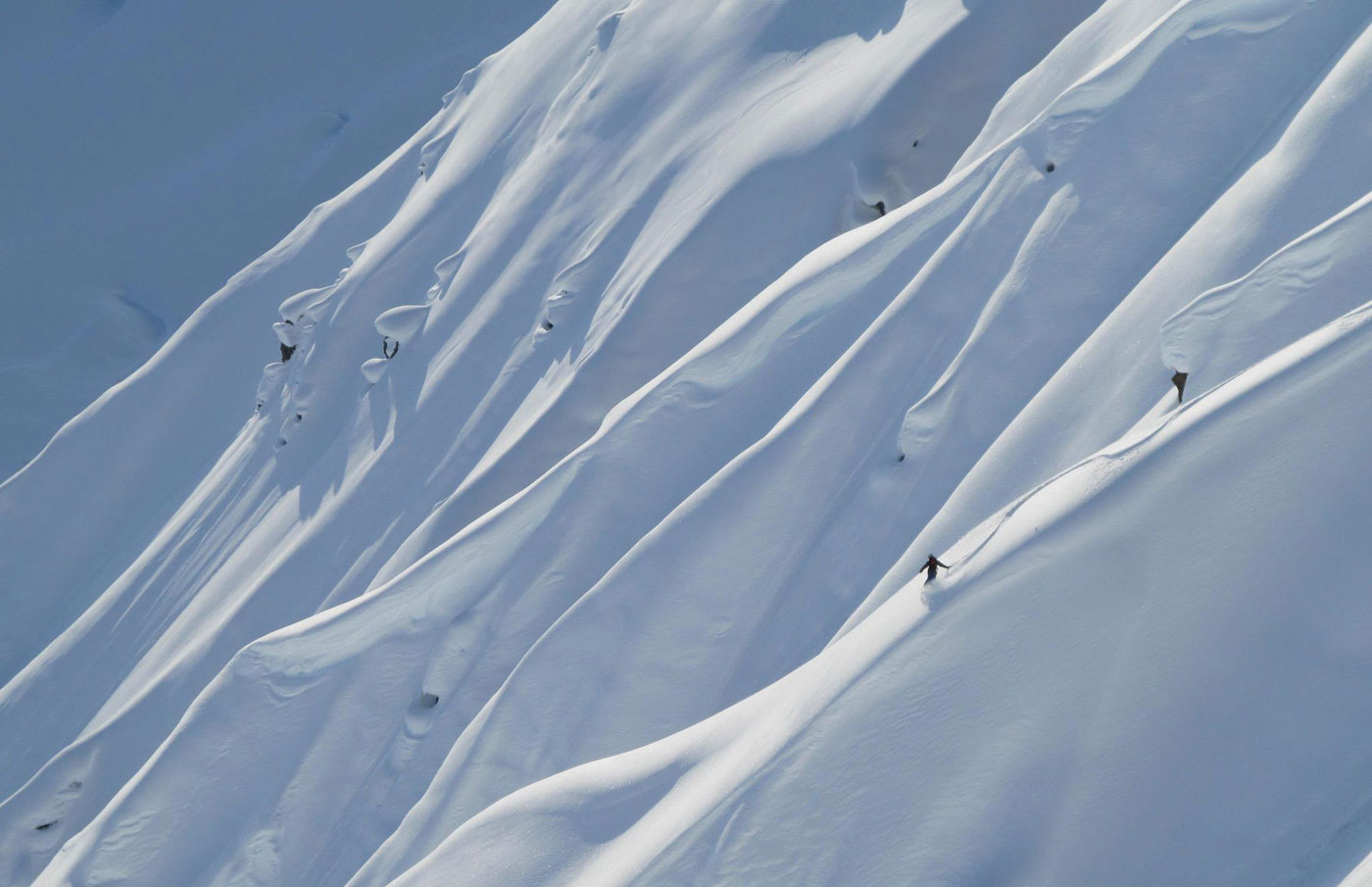 “…you gotta make sure you get shots and don’t just throw all your money in the rotors.” Matthew Borish photo.

TGR: You have been enjoying quite a bit of heli time on your first trip up there. What was your first line like and what is something about heli skiing no one told you about before you did it?

Burns: My first line was called Moby Dick. I was at the bar the night before getting loose and talking a bit of shit about “fuck warm up lines” and such… so the next morning at 7 am we fly out, having no idea what the line was like, still a little whiskey breath, and get dropped. Pretty mellow line, but the first 50 feet of the drop in was about a 60 degree slope that cliffed out, and the next 1000 feet was about a 50 degree slope. Instead of dealing with the entrance and getting into the line to shred it properly, I decided to send it off the dome about 30 feet, and couldn’t hold the landing on the variable snow… and ate shit. Probably the most expensive fall I’ve taken, but oh well.

What people need to keep telling me is to tone it down a bit. Shit out here is HUGE, and getting too agro right off the bat as a rookie can cost a lot of money in time using the heli, you gotta make sure you get shots and don’t just throw all your money in the rotors.

TGR: Is everyone and their mom really in AK right now or just the internet just make it seem that way?

Burns: Actually yes, everyone and their mom is in AK. In the past 3 weeks, almost every heavy hitting big mountain skier or snowboarder has been through Haines. After being up here and getting into it, I see why.

TGR: How long are you planning on staying up there and what are the plans?

Burns: Well, with my pirate life I know not to plan returns from trips any more, and after being here a couple weeks, I decided I’m staying till the heli season is over! It’s good up here, Nico and The Levitation Project have me dialed till the start of May, and heli boarding hit me like a new-found crack addiction… I will leave when they say: “No seriously, get the fuck outta here, it’s over!” I love the mountains.