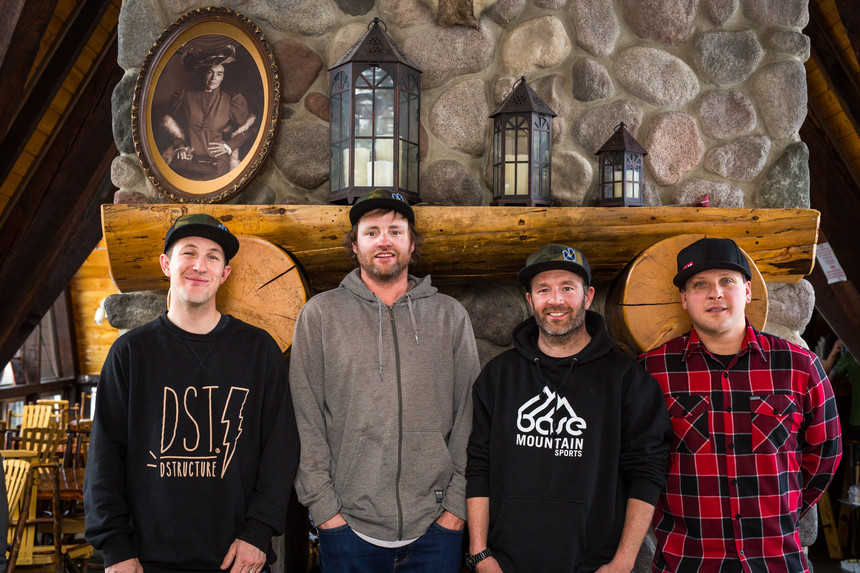 Darian Stevens (Park City) who had a season ending knee injury at the 2015 X-Games has since recovered and moved to Park City, UT to train and work towards her goal of the 2018 PyeongChang Winter Olympics. After placing first in PPOS Big Air just one week ago, Stevens is back with a run that was heavy on big rails and featured an impressive switch left nine Japan to left nine tail. “Stevens had two really solid nines with a Japan and a tail grab. She also was doing tricks on, up, and down rails which made her stand out amongst the rest,” said Meader.

Team Park City United member and World Cup Competitor Marin Hamill (Park City) returns to the number two spot. ”Marin is so comfortable spinning both ways that she gives you no indication which way she is going to spin, it’s really cool to watch,” said Allen.

“His rails are technical and done perfectly, especially his left 4 pretzel 4. His jumps were also extremely tech and done with a good variety of grabs and an impressive execution. A very enjoyable run to watch,” said Meader.

Finishing in second place, Alex Hall (Park City/LAAX) returns to the slopestyle podium after taking first at the Mammoth Revolution Tour and earning a silver medal win at the Winter Youth Olympic Games in February 2017.

Dean Bercovitch (Whistler, BC) was in a league of his own with an edit that was incredibly progressive. “Bercovitch broke the mold with his submission. It wasn’t a standard competition run,” said Meader.

“His right nose butter double 10 safety off the knuckle of a 90-foot jump was insane!” said Allen.

“That could be the sickest switch 3 ever done,” added Steele.

Judges had a hard time placing the unique style of Bercovitch—“When judging trick difficulty—it was hard to calculate because no one is really doing jump tricks like him. It really threw us for a loop when trying to figure out where to place him. Swadburg and Hall had a more solid rail game overall, but Bercovitch was definitely our favorite to watch today,” said Steele.

At the conclusion of each PPOS competition season, one grand prize winner is chosen by Tom Wallisch to ski and film with The Good Company on an all expense paid trip. Past grand prize winners include Noah Wallace and Colby Stevenson. Today, Wallisch has chosen Ethan Swadburg as the 2017 PPOS Grand Prize winner.

“Swadburg brought some serious heat in his slopestyle edit. His video was filled with good tech skiing, crazy good style, I loved that four pretzel four and that switch doub nine—tweaking a grab the whole way— that was awesome.” said Wallisch. “I speak for the whole Good Company crew in saying that we look forward to filming with him this spring. We are excited to help out in getting his name even more out there.” The Grand Prize includes travel, ground transportation, lift tickets and lodging.

Brayden Tritter (Winsport) executed a crazy left hand drag 450, railside to switch, earning the 19-year-old Canadian the 2017 PPOS Best Trick award. “It’s a high consequence move, super unique. I have never seen someone do a hand drag four and then slide after that—beyond creative,” said Meader. Tritter is receiving a gear kit from The North Face valued at $1,000 USD.

“I think this event is great because it gives kids who can’t usually compete the opportunity to put together a competition run while really thinking about how to best construct a winning run—including all of the technical requirements around demonstrating your ability. It is great because everyone is on their own terrain, showing what they can do with the park features they have,” said Allen.

“I wish I had a competition like this growing up! Too bad the internet hadn’t been invented yet.”