Skiing on the 4th of July, in California!!

I am a snow starved graduate student originally from the northwest but now living in Southern California for as long as it takes to get myself an education.

This year has been especially light on snow because in February I tore my meniscus and partially tore my ACL while trying to ski tour too much and rest too little. So when on June 30th, my doctor cleared me to do whatever-I-pleased on my knee the stoke could not have been higher. Mount Shasta and deep cascade summer snowpacks were just 9 quick hours north up interstate 5.

My girlfriend and I both snuck out of work around 3pm on July 1st to get a head start on the drive before the normal July 4th traffic which allowed us to get to Sacramento in time for a late dinner and so we could buy a blanket to make a nest to sleep in.

By 2am we had made it to McCloud which was right next to the trailhead so we pulled over and slept in the car. We woke up at 7 planning to head straight for the trailhead, but a coffee stop in McCloud quickly tuned into eating French toast with berries and heuvos rancheros at the Café for 2 hours.

By 10am we were back on the road and driving toward the Brewer Creek trailhead. Our plan was to climb the Hotlum Glacier which is the largest glacier in California (largest glacier = largest snowpack?) and then ski via the popular Hotlum-Wintum ridge which descends directly off the summit of Mount Shasta, plunging North at a steep-enough-to-be-fun but not a steep-enough-to-be-scary pitch for 7 thousand vertical feet back to the small dirt parking lot that is Brewer Creek TH.

We were a little nervous because the climbing ranger had told us that a few parties needed to jump crevasses vertical limit style on the Hotlum glacier, but he added that that was probably not necessary. Hoping that it was not necessary, but wanting to prepare for the worst, we threw some ice screws and ice tools onto our packs and tried not think about dynamic moves with skis on our backs.

As is customary for us, we got lost for about an hour on the drive to the trail, but finally at the crack of 12:30 we were warmed up, packed up, and ready to hike.

We usually like the light packs of a day trip up Shasta, but because my knee was just injured we figured that we would take it a little slow and sleep at the toe of the Hotlum glacier that night, leaving only half of the vertical the climb the next day. Our packs reflected this mistake 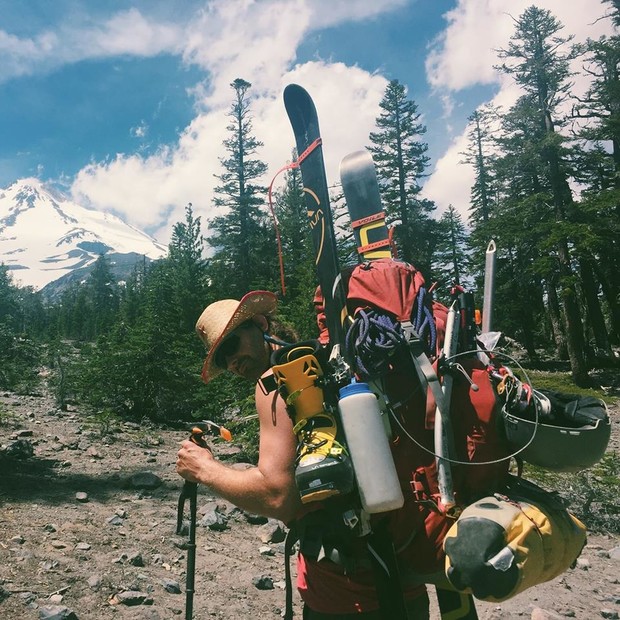 We were pleasantly surprised that snowline was only about 1000 feet above the parking lot at around 8500 which meant we were quickly on our skins and cruising up sun cups to the Hotlum.

At camp at 5pm, we were also pleased to see that the left snow gully above the glacier appeared the have plenty of snow in it, and the route looked like it was in real good shape. 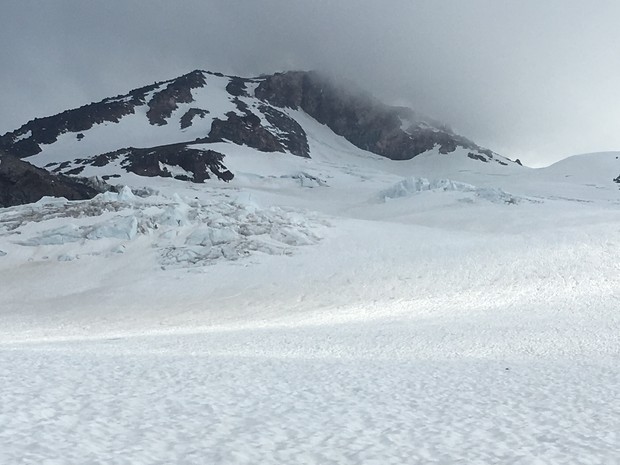 The next morning we were on the snow by 5:30am and firm cramponing conditions took my girlfriend and I quickly up the river of ice. 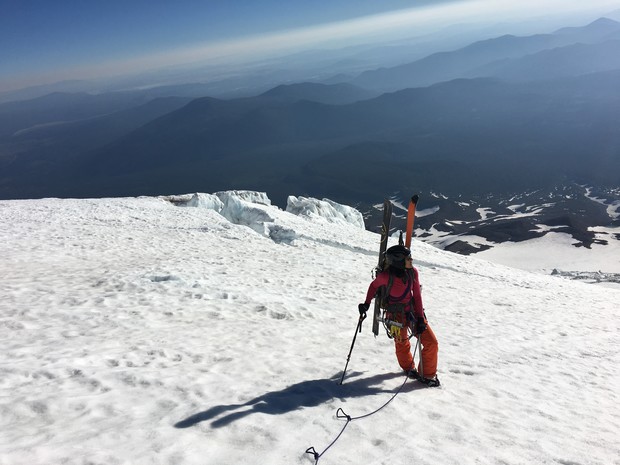 By 9am we were on our way up the left ice gully and very happy to have been able to end run all the crevasses as walking, not jumping, has always been our preferred mode of travel. By 11:30am we were on skis pushing off the summit. The snow was actually quite good. It was similar to skiing steep powder, where you make a few and turns and then wait for your sluff to run past you, instead we made a few turns and waited for the slush (sl-slush?) to run past us. And what was left underneath was pretty good corn! 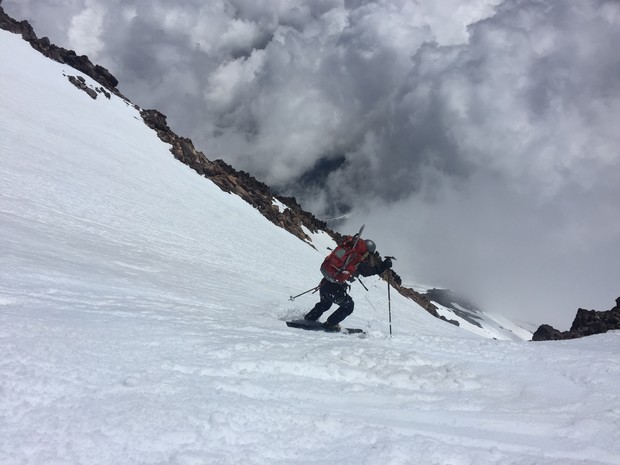 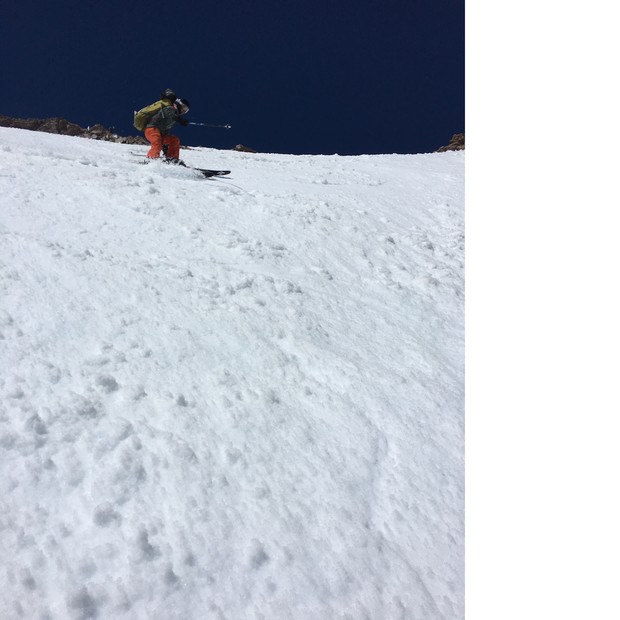 About halfway down the mountain clouds rolled in and kept the snow good all the way back to the trail!!

With plenty of time left in the day we decided to drive back south via the eastern Sierra so we could grab a soak in Buckeye hot springs on our way home. The hot springs and the trip did not disappoint. 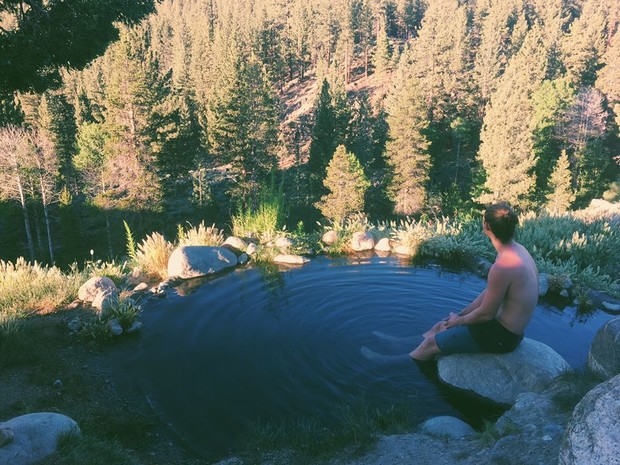 With the freeze lines dropping and the snowpack deep, I think good skiing will be found for at least 2 more weeks on the North side of Shasta. If we were not heading to Washington, we might even go back for another ride!! We both felt very lucky to be enjoying California skiing in July. The Hotlum glacier should also be in good shape through July, but a quicker summit can be found by just going up and down the Hotlum-Wintum ridge.