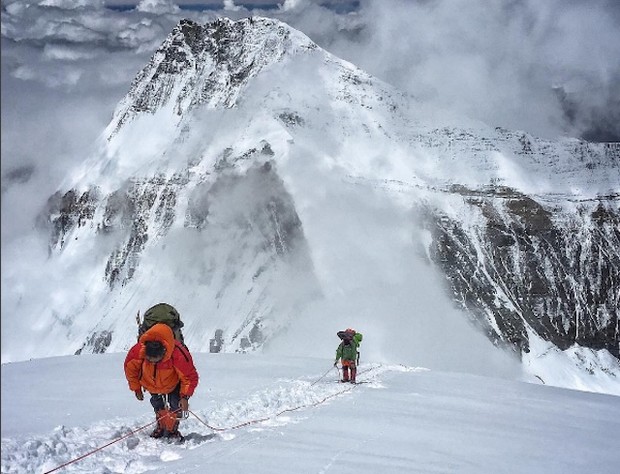 Cory Richards and Adrien Ballinger have been Snapchatting their entire Everest expedition, and just reached the summit this week. Cory Richards photo via Instagram.

Professional mountaineers Cory Richards and Adrien Ballinger have now been snapchatting under the Everestnofilter account for nearly two months. After much thought and deliberation they saw Tuesday (May 24) as the correct time to start their final summit push.

Neither of these very accomplished climbers have reached the summit of 29,029' without supplemental oxygen, something that less than 3% of Everest climbers attempt. While dozens die every year attempting the summit with breathing apparatuses, Ballinger, who has summited Everest six times, and Richards who had never summited, wanted to go above and beyond.

At nearly five and a half miles above sea level and at the cruising altitude of commercial airliners, they spent weeks preparing and allowing their bodies to acclimatize to the harsh and cruel environment that mother nature provides above 20,000 feet.

After just finishing a climb up to 26,000' last week and returning down the mountain, the two waited for a window in the weather that would allow them to summit without the unbearable winds and snowstorms that Everest is known for. 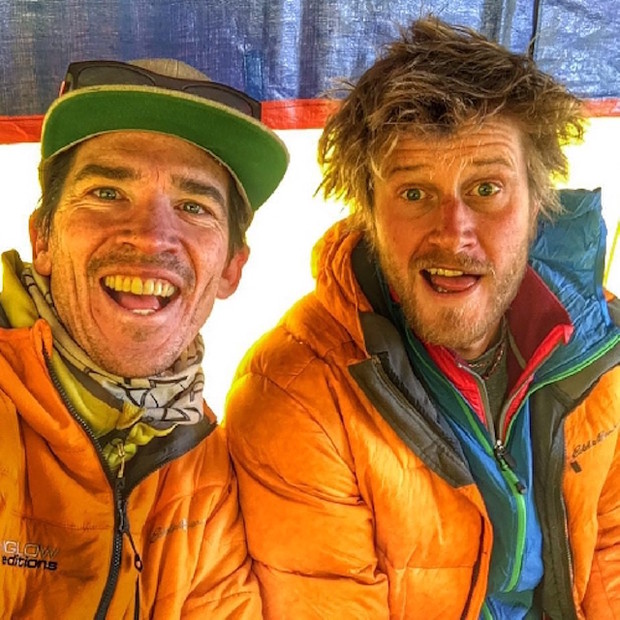 That window opened up earlier this week. The duo started into their summit attempt early Tuesday morning. Everything was going well and Snapchats were plentiful until AB was forced to turn back just 1,200 feet short of the summit. Ballinger's body was telling him that he needed to turn around. A veteran on Everest, he knew that he would risk ending Richards' summit bid if he was not able to descend the mountain himself.

"I mean, it's heartbreaking, it really is," Ballinger said to CBS News, reflecting on his decision to turn around. "I'm still going through all of those emotions of failing after working so hard for something. It really was a group effort even though only one of us stood on top."

Richards decided to keep climbing and eventually summited in eight hours. Only spending three minutes atop the highest point on the planet, Richards described the feeling as "The worst hangover of my life." With just enough time to take a snapchat, Richards started his descent to reunite with Ballinger. 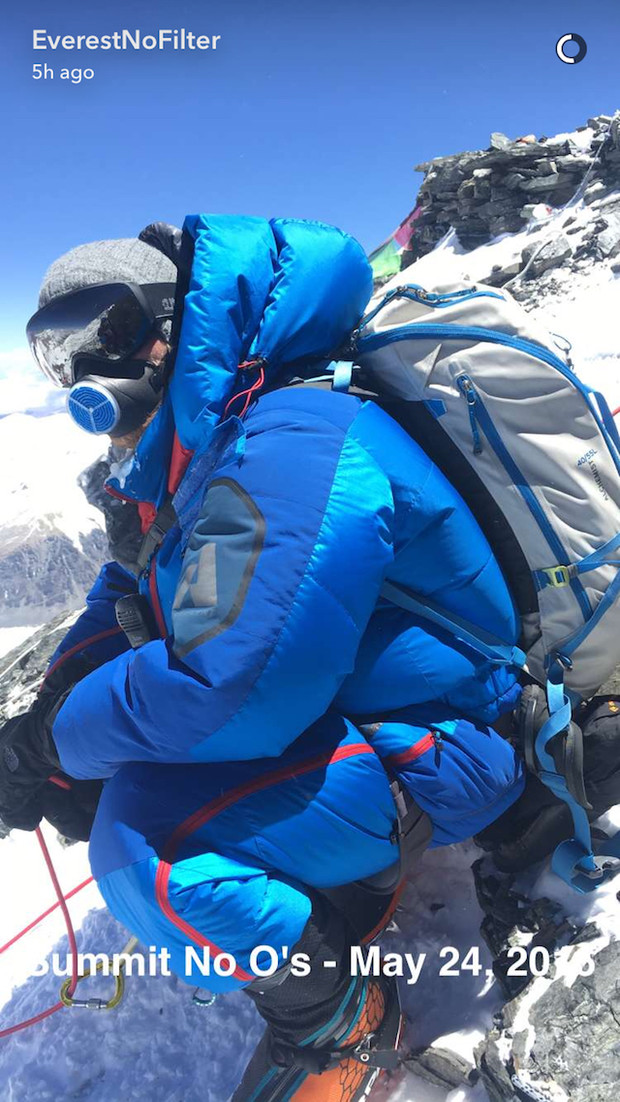 First Snapchat from the top of the world! Everestnofilter photo.

Once safely down at base camp, the duo posted another snapchat to let everyone know that they had both safely made it down out of the death zone, the portion of the mountain above 25,000' where life cannot be sustained. The group praised their partnership and attributed their entire success to the bond that they had formed. After this amazing feat, who knows whats next for this extreme tag team.

To relive their entire story, visit the EverestNoFilter Youtube Page.