Every time I am staring down on a run from the chairlift, there is always that one person that makes me wonder how and why some people thought it would be a good idea to go down a particular run. They are either scraping their heel edge ridding the mountain of any fresh snow or pizza wedging when they should be French-frying.

Sadly enough those people are everywhere – even in the beautiful Patagonia region of Bariloche, Argentina. And sometimes we all just need a couple days escape from these “special” skiers and riders and fresh snow in the backcountry seems to be the best escape. So, a few of the crew down here with SASS decided it was time to do a little more exploring and packed the bags, adjusted the bindings on the split board and stopped by the local market to pick up some snacks.

Led by Skylar Holgate, head guide at Silverton Mountain in Colorado, and Chris Coulter, top guide in Alaska, three campers left for Refugio. All were equipped with a split board and skins, appropriate avalanche gear and a top level of fitness and motivation to start their four-hour hike in. The boys left on a Wednesday morning arriving at the hut exhausted and a little sweaty from the workout later that afternoon. They dined on fresh, homemade bread while they waited for “the best pizza in Argentina” and began to scope out their lines for the next day. Departing the hut in the early morning the boys strapped in and started skinning up Senora Gorda. It was another two hour hike up to the top of the wide open bowl, but there were no other riders to be seen. After enjoying their pre – packed lunches from the day before the boys put their boards back together and started the long descent back to the hut. The snow was a little heavy but each rider got fresh tracks down to the middle of the bowl where there was a mandatory air as the bowl turned into a steep chute which then opened back up to another wide bowl before leading back at the hut. The weather wasn’t ideal with some vertigo inducing fog near the end of the run, so the boys called it an early day and indulged in the malbec and some more pizza while rehashing the slight differences between their normal boards and the split boards. It was a quick trip as the boys packed out the next morning and returned to the resort through the backside of Laguna again getting fresh tracks all the way down.

Although the trip was short it left each with a strong desire to return. After some necessary showers and some food to reenergize the crew started recruiting some more riders and skiers to join them on the next adventure only four days later.

Check out the photos from Scott Ferguson below, then head on over to SAsnow.com to get down here for the VIP session right after the Santa Roas storm blows through! 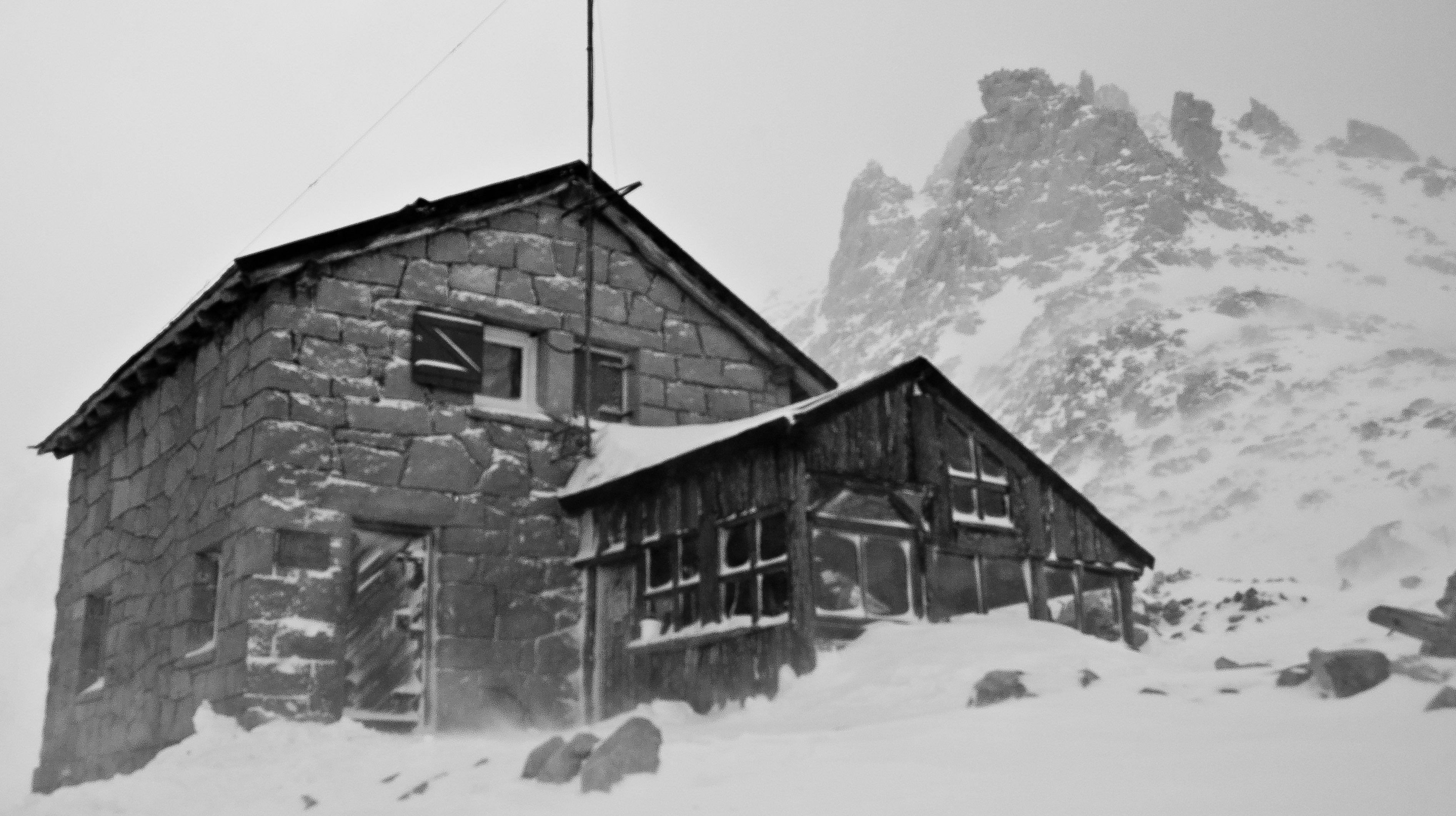 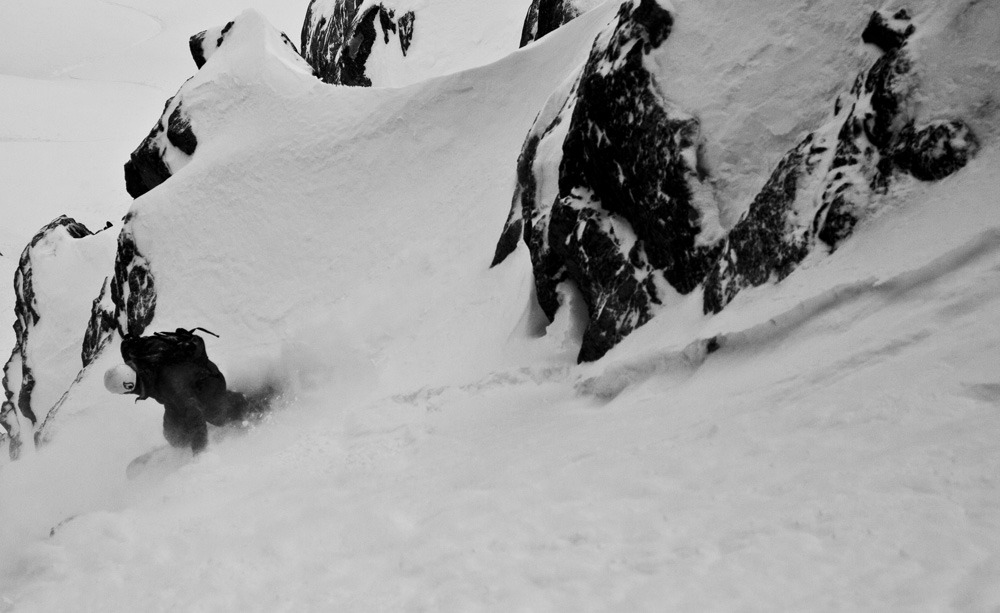 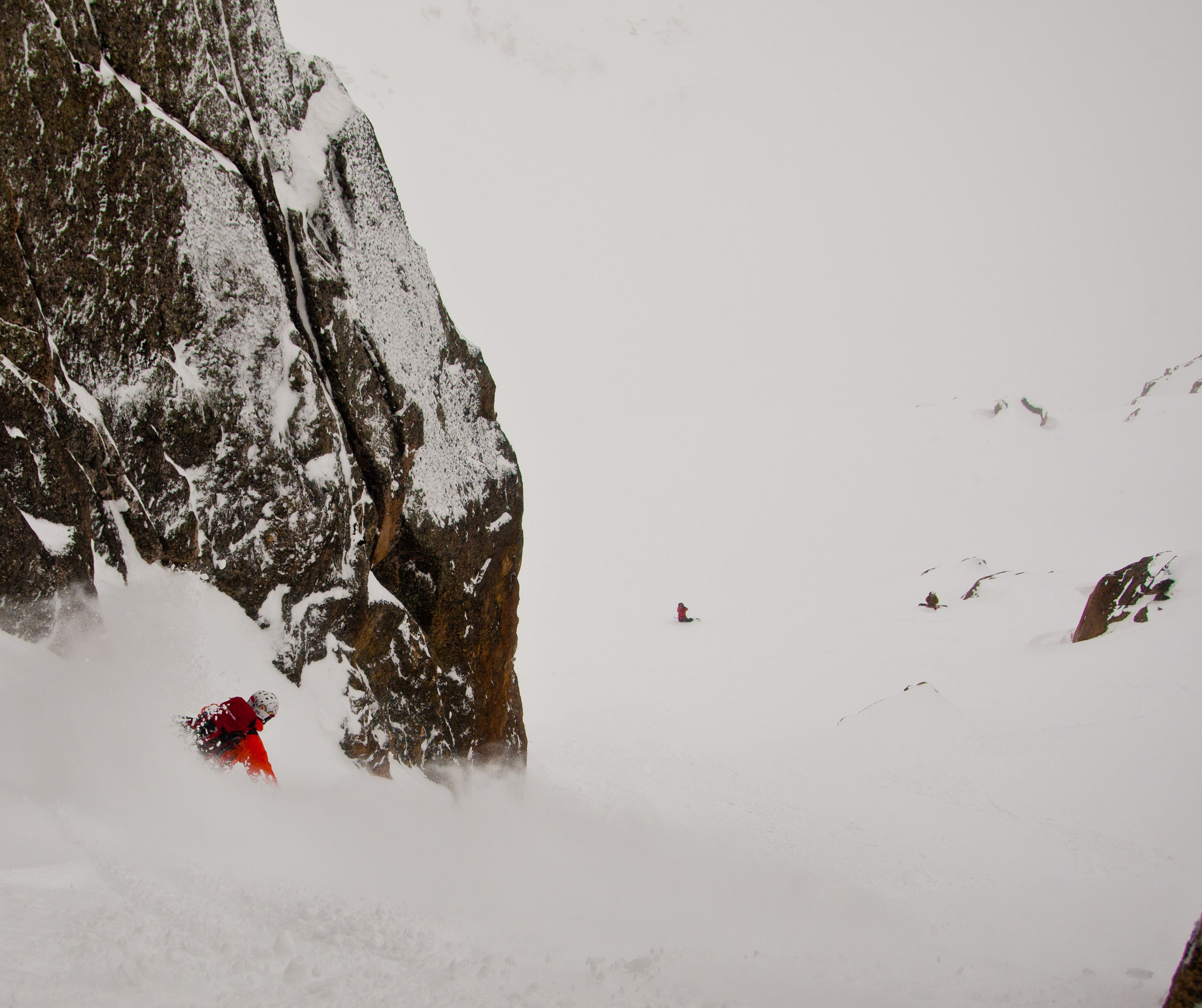