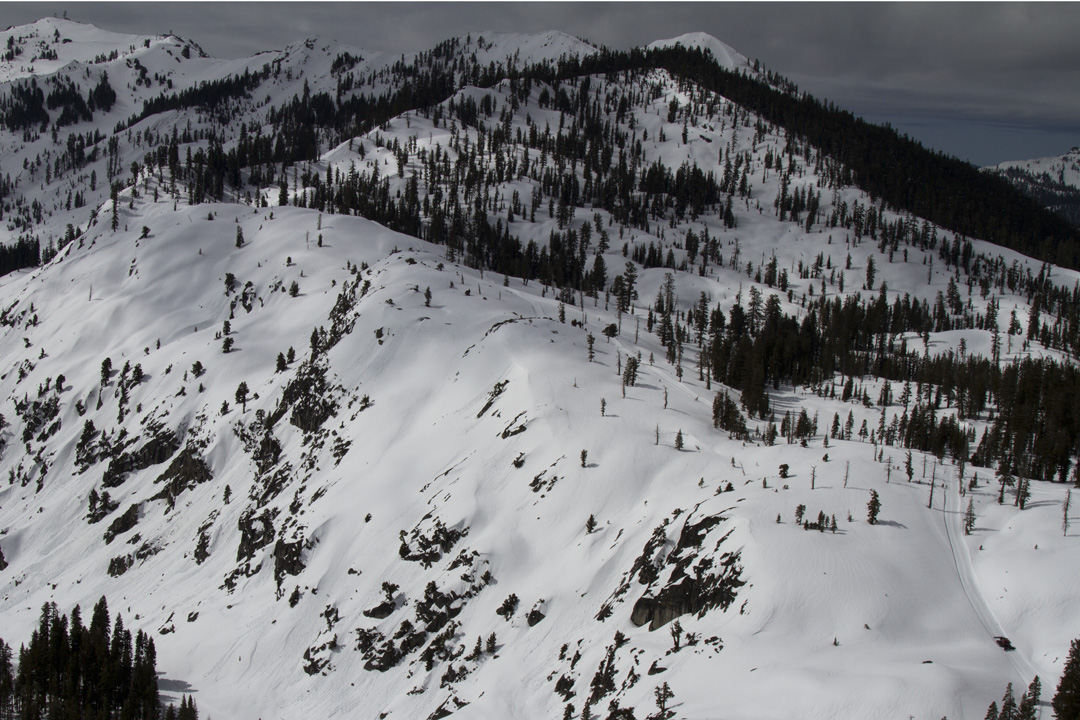 The weather forecast for the week in Lake Tahoe calls for sunny skies and balmy temps, but many longtime Tahoe locals are wondering if hell froze over? The enigma comes at the announcement that Squaw Valley ski resort has opened the first official backcountry access gate in the resort’s history.

As of Tuesday, April 17, skiers will be allowed to leave Squaw’s storied boundaries at a single backcountry gate located on the KT-22 saddle. Squaw’s gate is directly down ridge from an identical BC gate on Alpine Meadows ski resort’s North Estelle Peak. The two opposing gates will facilitate interconnecting backcountry ski travel between the two resorts, as well as access to the Granite Chief Wilderness area. Both gates are a part of a backcountry access pilot program Squaw Valley, Alpine Meadows and the US Forest Service are running for the last two weeks of the ski season to evaluate the potential of further opening Squaw’s boundaries. Alpine Meadows has maintained an open boundary policy for many years.

The route interconnecting the two ski areas passes through the edge of Whitewolf, the proposed ski area owned by Troy Caldwell. Though Caldwell is not opening the bulk of his property to ski traffic, he is allowing skiers to cross through his land using a cat track he constructed just off the ridgeline (as seen in the bottom right of the above image). The rowdy terrain to the east (left) of the cat track will still be off limits. Skiers travelling from Squaw to Alpine will have to climb up to the first high point on the ridge from which they can then descend down to the Alpine Meadows parking lot. To the west (right) of the cat track is the Granite Chief Wilderness, a vast area wide open for backcountry travel.

It goes without saying that longtime Tahoe skiers of every motivation are excited by the news.

“I have an interest in skiing between the resorts mainly because I’ve been skiing Alpine and Squaw my whole life and I have never done it,” said Rick Werthheim, a season passholder at Alpine Meadows for the last 50 years. “After I’ve skied it once I don’t know how often I will use the interconnect, but I guess that depends on how much fun it is to ski.”

Savvy local BC skiers like Brendan Madigan, owner of Alpenglow Sport Shop in Tahoe City, know that the terrain directly behind KT-22 is not as rad as you might hope, but that the gate is a step in the right direction.

“It’s not the rowdiest terrain, but it’s sheer acreage,” said Madigan. “This is a great opportunity for Squaw and Alpine to catch up with the times though. Jackson Hole fought this same battle in the ’90s and when they finally opened the boundaries it made the resort even that much more desirable to ski. From a Squaw passholder perspective, any open boundaries will be epic.”

One other caveat to the backcountry access from Squaw is that the KT-22 gate will also be the only legal entrance back into Squaw’s boundaries. Skiers who leave the gate will not be allowed to cross back into Squaw higher up or farther back. This reality will be lamented by many wishing to tour into the Granite Chief Wilderness behind Squaw, as getting back to the access gate will be nearly as difficult as getting into a destination.

To put the terrain accessible from the two gates in perspective, check out the following images hightailing some of the closest terrain. 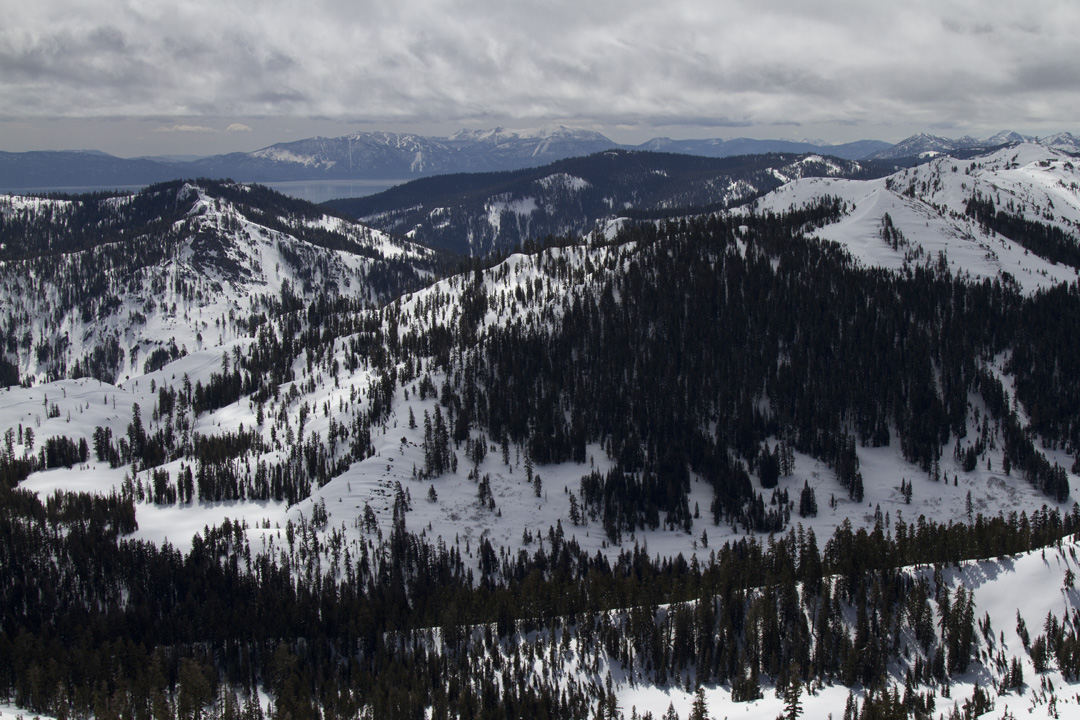 Here is another view of the ridgeline interconnecting Squaw and Alpine. You can see the top of Alpine’s summit chair in the upper right of the shot. On the left edge of the shot you can see the cat track that Whitewolf owner Troy Caldwell constructed for connecting the boundaries of Squaw and Alpine through his property. BC skiers who leave the boundaries of Squaw or Alpine will be able to drop to the west (right) of the cat track into the Granite Chief Wilderness but they will not be able to drop east (left) into the Whitewolf property. The northwest facing treed slope dropping from Alpine’s BC gate to the meadow below the cat track will be the easiest access new backcountry terrain. 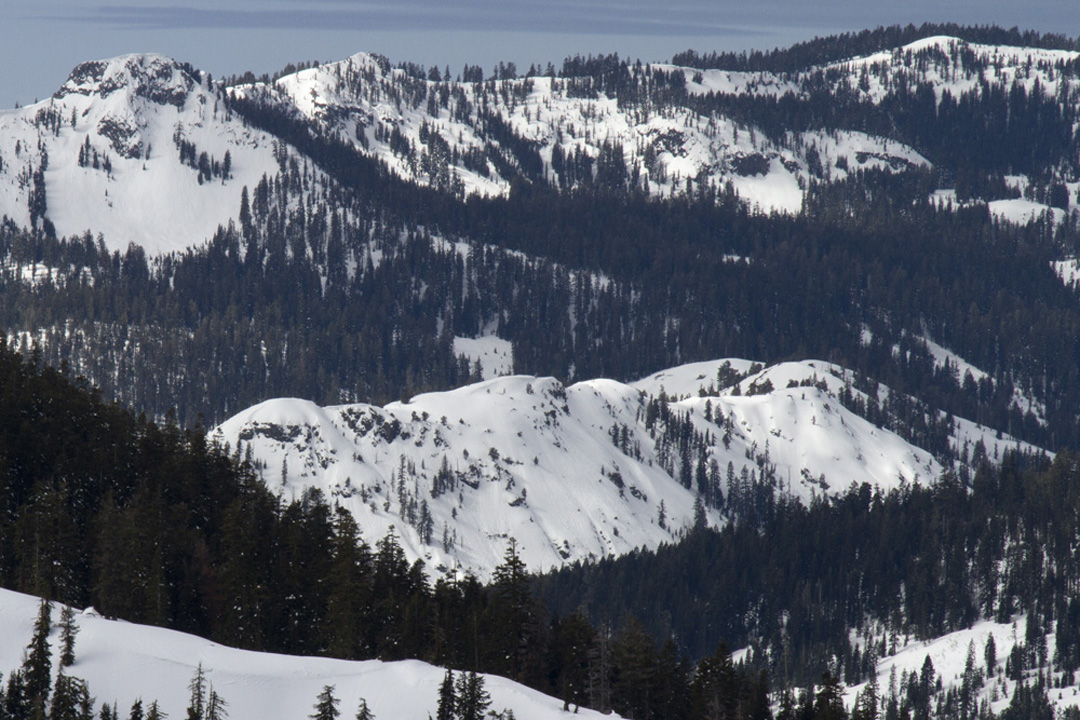 Dropping west from the Alpine BC gate and touring about a half-mile will get you to this short north facing ridgeline. You’ll have to tour back the same way you came in to exit. 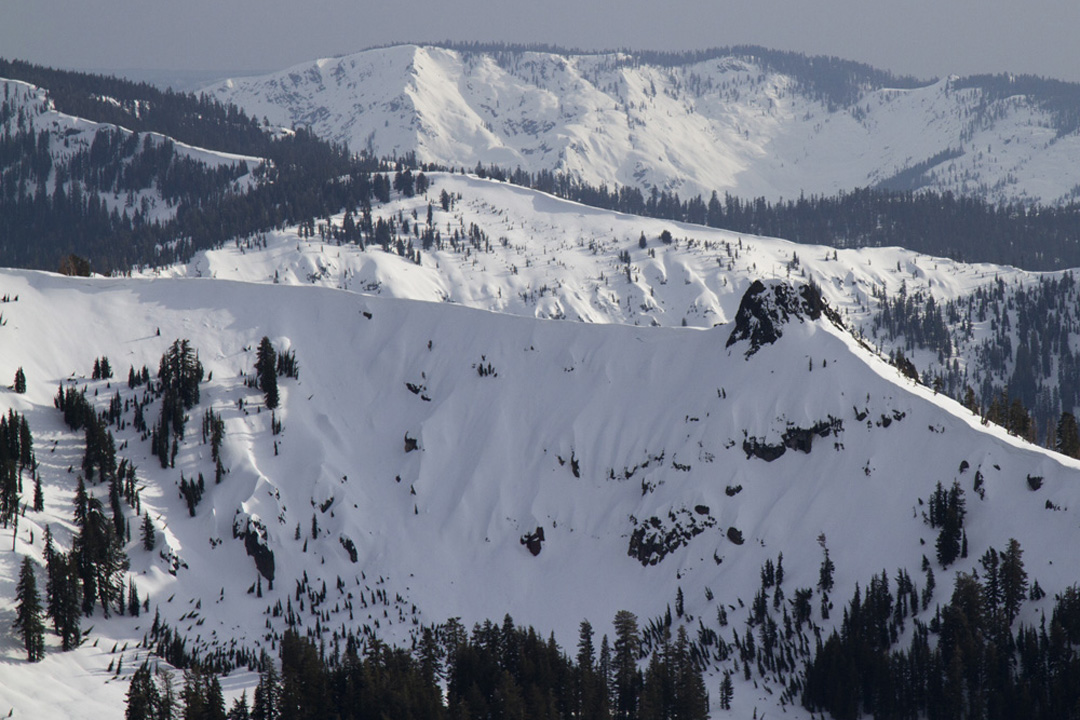 To break into the best terrain of the Granite Chief Wilderness area will require a three to five mile ski tour over rolling flat terrain from either resort’s BC gate. This spiny cirque above Little Needle Lake is one of the closest potential destinations worth exploring. To get all the way around to the infamous terrain behind Granite Chief Peak will be a very long tour considering it’s a five mile traversing approach and then you’ll have to drop into Shirley Canyon or come all the way back to KT-22 to exit. 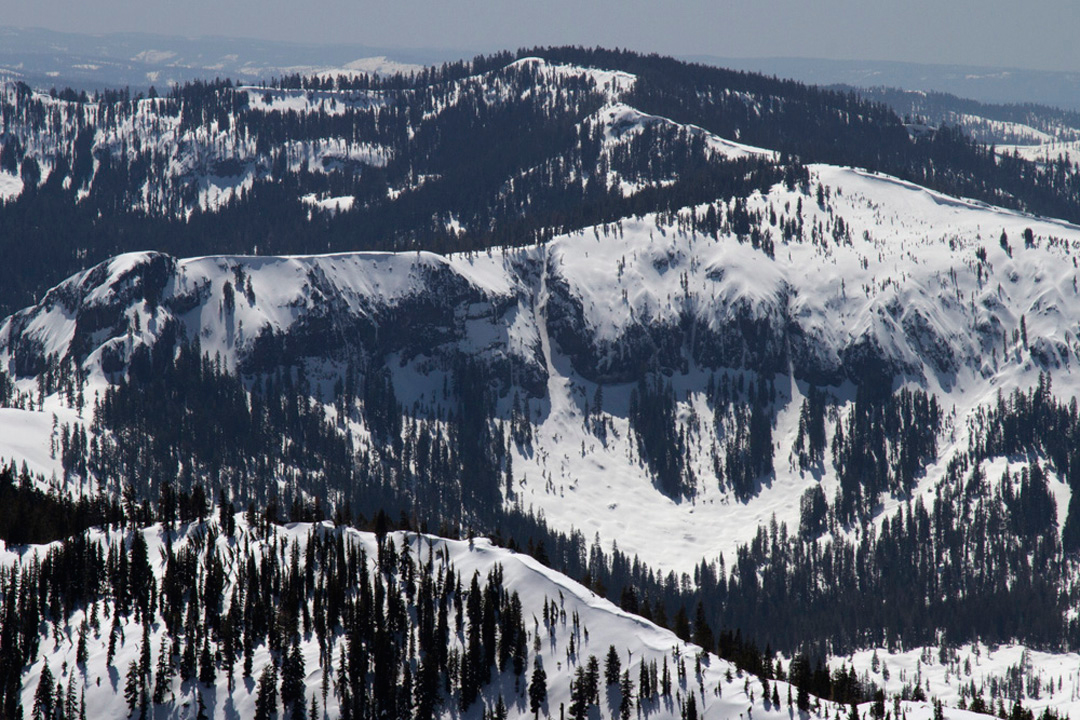 Here’s another hidden cirque in the Granite Chief Wilderness. Tahoe mini-golf at it’s finest, but the putt-putt will be hard earned .