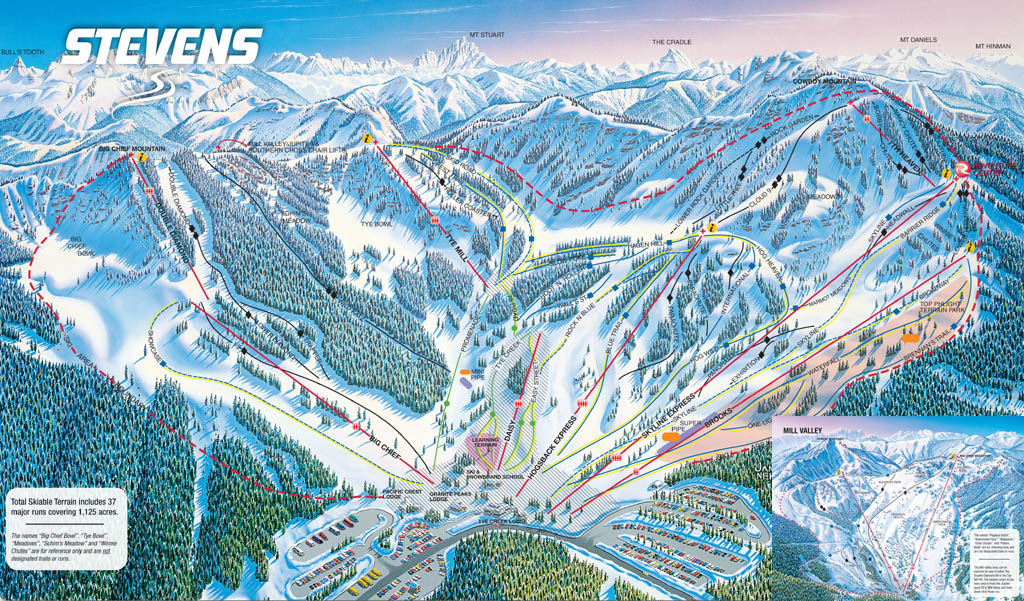 In its 18 year history, the ski industry’s most prestigious award has never been won by a Washington resort.

Leavenworth, WA – The National Ski Areas Association (NSAA) honored Stevens Pass Mountain Resort with the 2012 Golden Eagle Award for Environmental Excellence. Stevens Pass took top environmental honors in the mid-sized resort category (200,000 to 500,000 skier visits) for its energy conservation and greenhouse gas (GHG)reduction efforts. An Oregon resort won the award in 1994 and is the only other PNW winner.

“Our company-wide focus on sustainability includes many progressive programs, and we are especially pleased to receive this national acknowledgement,” said Ross Freeman, Environment & Sustainability Manager for Stevens Pass.

Greenhouse gas reduction efforts include extensive food waste compost programs, tracking of fuel consumption for all vehicles and snow machinery, no-idling policies, the purchase of cleaner engines (e.g. 4-stroke snowmobiles; low-emissions snowcats and front loaders), electric vehicles, and investment in employee transit. Last year the resort completed the installation of two public electric vehicle (EV) charging stations, the nation’s first to be located in a mountain pass environment, and at the time the only units located at any ski resort.

Many other environmental projects are also underway, such as on-slope recycling, preferential purchasing of local food ingredients, and active surplus property/re-use procedures.

“We are always looking for ways to reduce our impacts, save money through efficiency, and do the right thing for the mountain environment for years to come,” said Freeman.

In addition to all its onsite GHG programs, for the past five years Stevens Pass has also chosen to offset a full 100 percent of its electricity and propane consumption through renewable energy credits and carbon offsets from non-polluting windpower. By making this investment to support clean energy for everyone, the resort has funded 21,289,000 kilowatt hours (kWh) of windpower, and prevented the emission of 16,182 tons of CO2, or the equivalent of taking 2,878 cars off the road for a year.

Stevens Pass believes it has a responsibility to the environment and is one of the few resorts nationwide with full time environmental staff.

“We know that combating global warming is critical for the future of our entire industry, and we seek to lead resorts across the PNW by example,” said Freeman.

The NSAA’s Golden Eagle award comes on the heels of another notable award from the Washington State Recycling Association, which recently named Stevens Pass as Recycler of the Year – a category won last year by the Seattle Mariners baseball team.
Last December, Stevens Pass was thrilled to receive a national top ten ranking, and the highest score in the PNW, from the Ski Area Citizens’ Coalition annual Report Card, which uses public records and extensive surveys to rank the environmental practices of Western ski resorts.