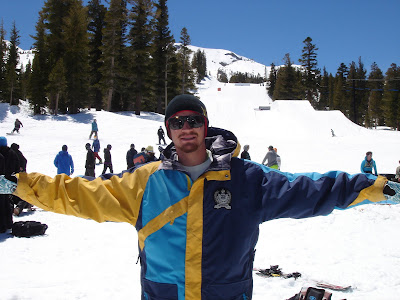 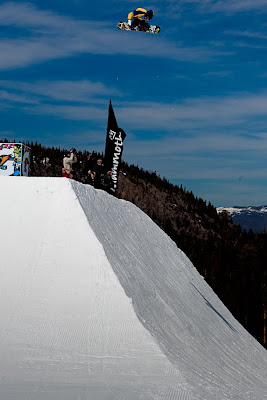 Lago is Hip to everything (pic by Huggy) 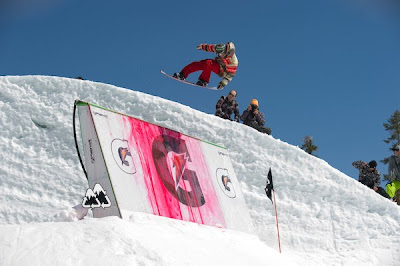 Gatorade was the official spons of SP14, here is Jeremy Thompson snapping a tail grab to fakie on the Gatorade Waterfall Wallride. Jeremy was the best Flow shredder during SP14, he hit every feature with authority. Pic by Huggy 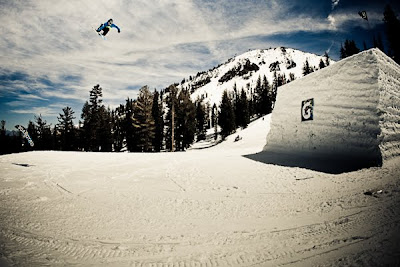 Shane Fortier with a clean spin over the 80 footer. Pic by Huggy 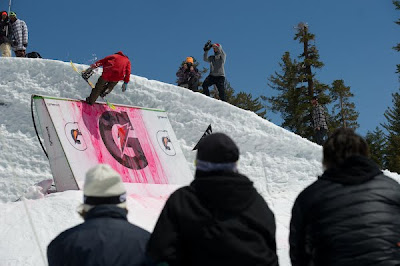 So Pat said a footplant couldn't be done? Kade Mansen shut Bridges up when he landed this one. Pic by Huggy 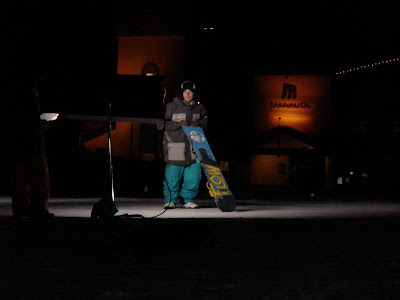 Tim Humphreys won the WCI Eddie Wall Ride at Mammoth and then blew out his ankle the next day hitting little stuff. It goes to show ya that you never know when you can get hurt, He's not a poser but here he poses at the Flow commercial shoot. 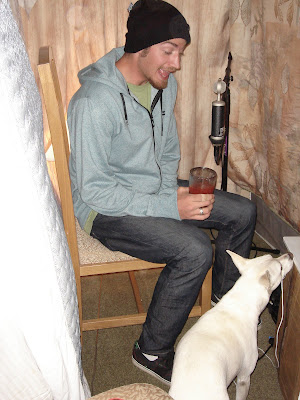 Every night after Supahpark we worked on the new Flow commercials. Here Scotty shows Thrasher the Flow dog our home made sound recording room. 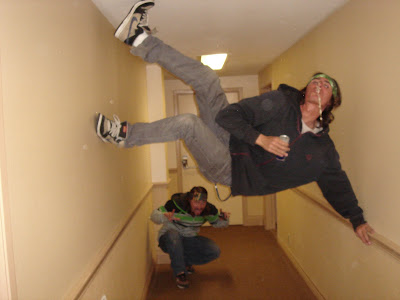 Then it was over and time to party! Mutty and Tyler got wings! 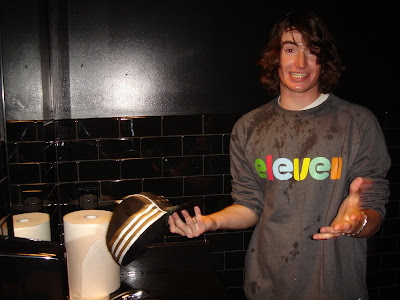 Oh yeah Brandon Reis tweaked his ankle too, so he couldn't ride! And then at the bar some kook poured his beer on him, better luck next year Brando. 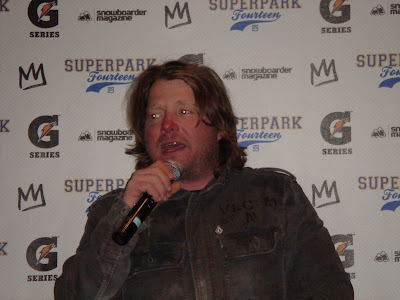 Then Pat Bridges spoke some words, he said Jeremy Thompson was the runner up for the SP14 Standout Rider Award, winner was Chuck G (Chas). 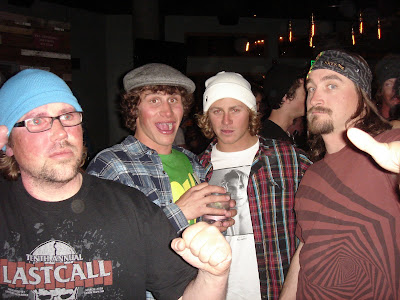 FOR MORE GO TO http://flow.com/