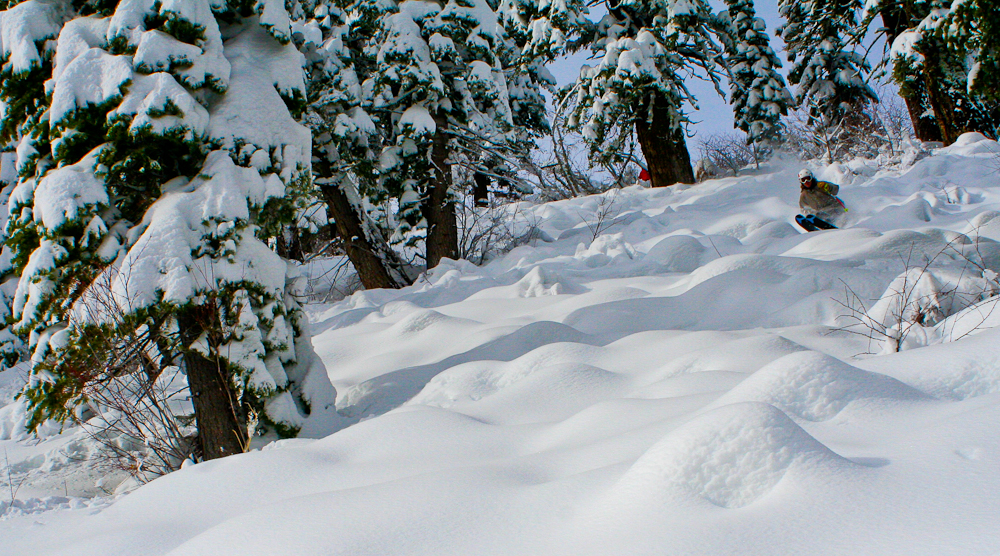 While the forecast changed constantly and at times drove an already frustrated local population insane with pelting rains last Friday, the snow gods ultimately delivered enough deep white goodness to the Lake Tahoe area to release some collective steam. With anywhere from 40- to 70-inches blanketing the previously bare slopes of the dozen resorts around the lake, Lake Tahoe finally entered the 2012 winter season. After two months carving around meager groomers and jokingly limited terrain, Monday and Tuesday saw the first chance for Tahoe locals and visitors alike to get their long-awaited fix of the steep, deep, and untracked straight to the vein.

Monday saw Squaw’s first mobs show up to ski out the end of the storm, putting the first tracks in the trees under the Red Dog and Squaw Creek chairs. The shared desperation for powder was evident as tracks were laid down anything that had an inkling of coverage, with ski bases showing up at the base freshly scarred. 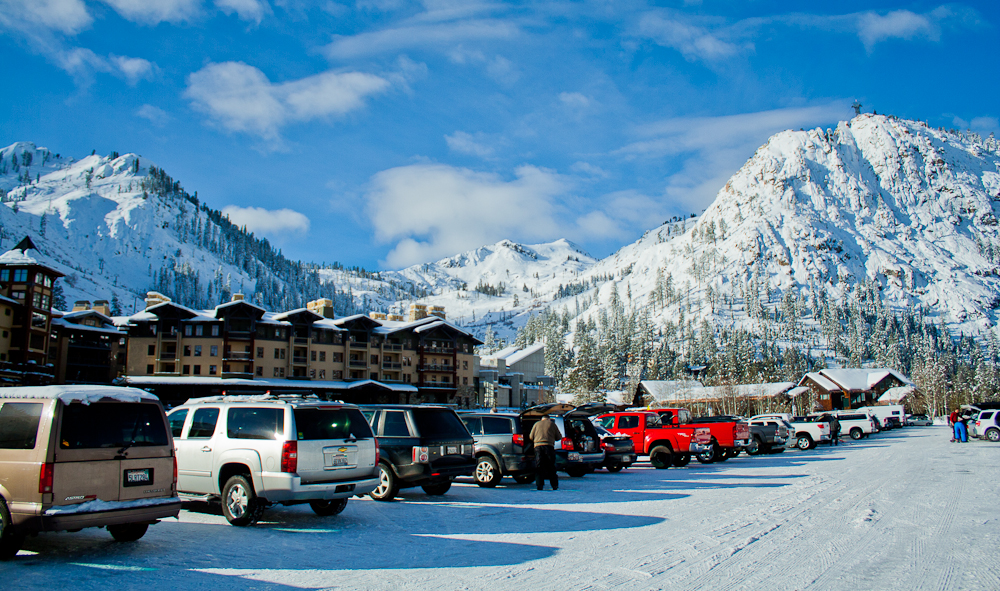 Tuesday saw the opening of the initial section of the upper mountain, including the Siberia Express, which provided the first steep turns of the season down Siberia Bowl all the way looker’s left to the terrain under the Headwall Express. Needless to say, being the first day with any exciting terrain, Squaw’s legendary gnarbarians were out in force. New lifties learned their actions have serious social implications. After one two many triples were allowed on the Siberia quad, a frustrated skier reportedly removed a liftline stake and snaked his way to the front of the line to fill out a chair, prompting another skier farther back in the line to call him out with an obscenity-riddled line that would nearly bring the pair to fisticuffs. With KT-22 still not flush enough with snow to open and Tahoe’s full-face helmet population chomping at the bit to shred the limited amount of steeps, it should have been no surprise. 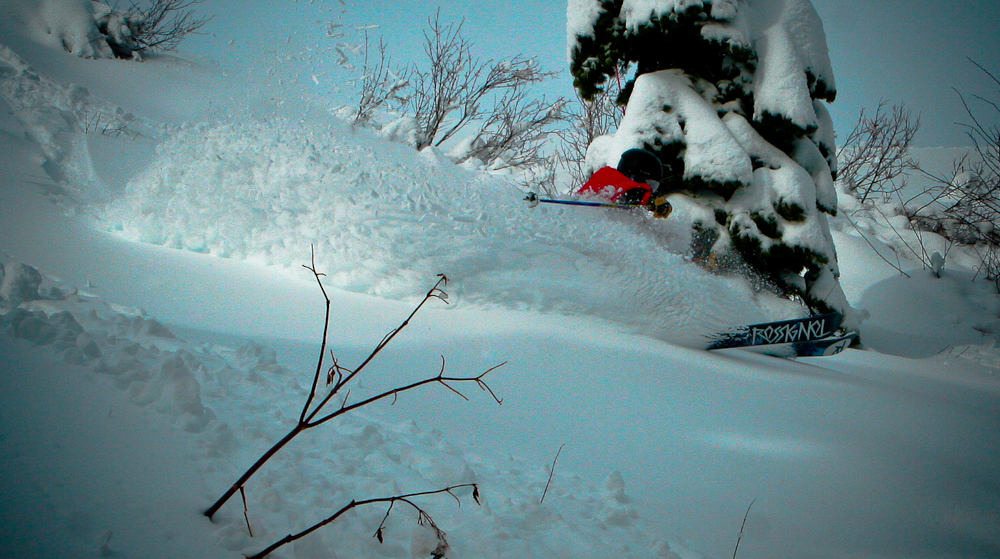 Pete Dunigan indulges in the rarest treat of the 2012 season (so far). Photo by Ryan Dunfee.

However, the few who chose to spend the morning on the overlooked Exhibition quad were rewarded with lap after lap through the untracked meadow below the Fingers and the steep trees on the other side of the ridge. High-fives, deep howls, and self-congratulations were passed around like good liquor as small drops, straightlines, and that athletic feat so rarely witnessed this season, the pow slash, were heartily indulged in. If you weren’t smiling at the bottom, you must have been an asshole. 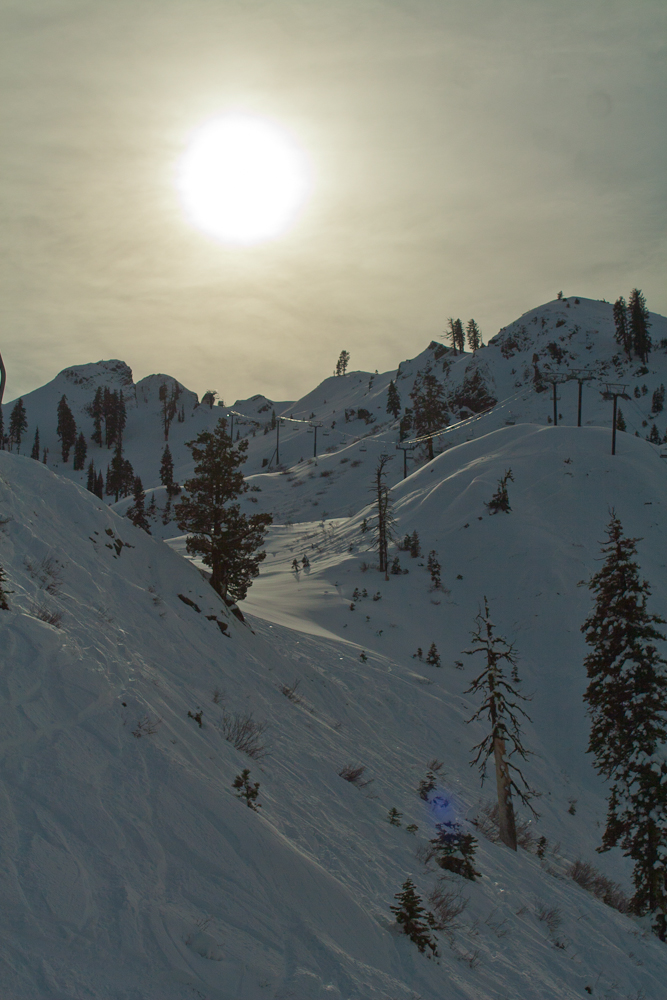 The famed KT-22, still yet to open, in the fading afternoon light. Since the writing of this story, KT-22 has opened, prompting a raucous applause from the Chamois. Photo by Ryan Dunfee.

With temps expected to rise into the 40’s and 50’s in the immediate future, it seems that Lake Tahoe’s first powder frenzy of 2012 may be a short one. However, with 60 generous inches now blanketing the upper mountain and turning what was once a sad, brown pile of rocks into the handsome world-famous resort everyone’s been dreaming about, conditions should be good enough to keep the local population from going insane until February, when a more favorable blocking pattern is thought to re-appear and bless the region with another series of dark, snowy nights. Here’s to being able to release the steam again soon… 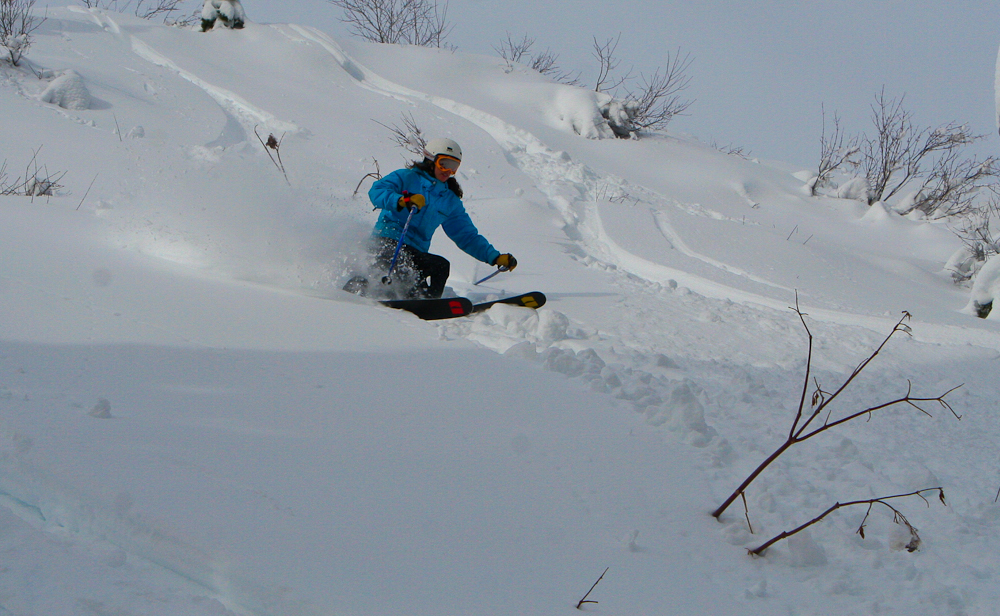 Anna Patterson, two turns away from her first high-five of the 2012 season. Photo by Ryan Dunfee.