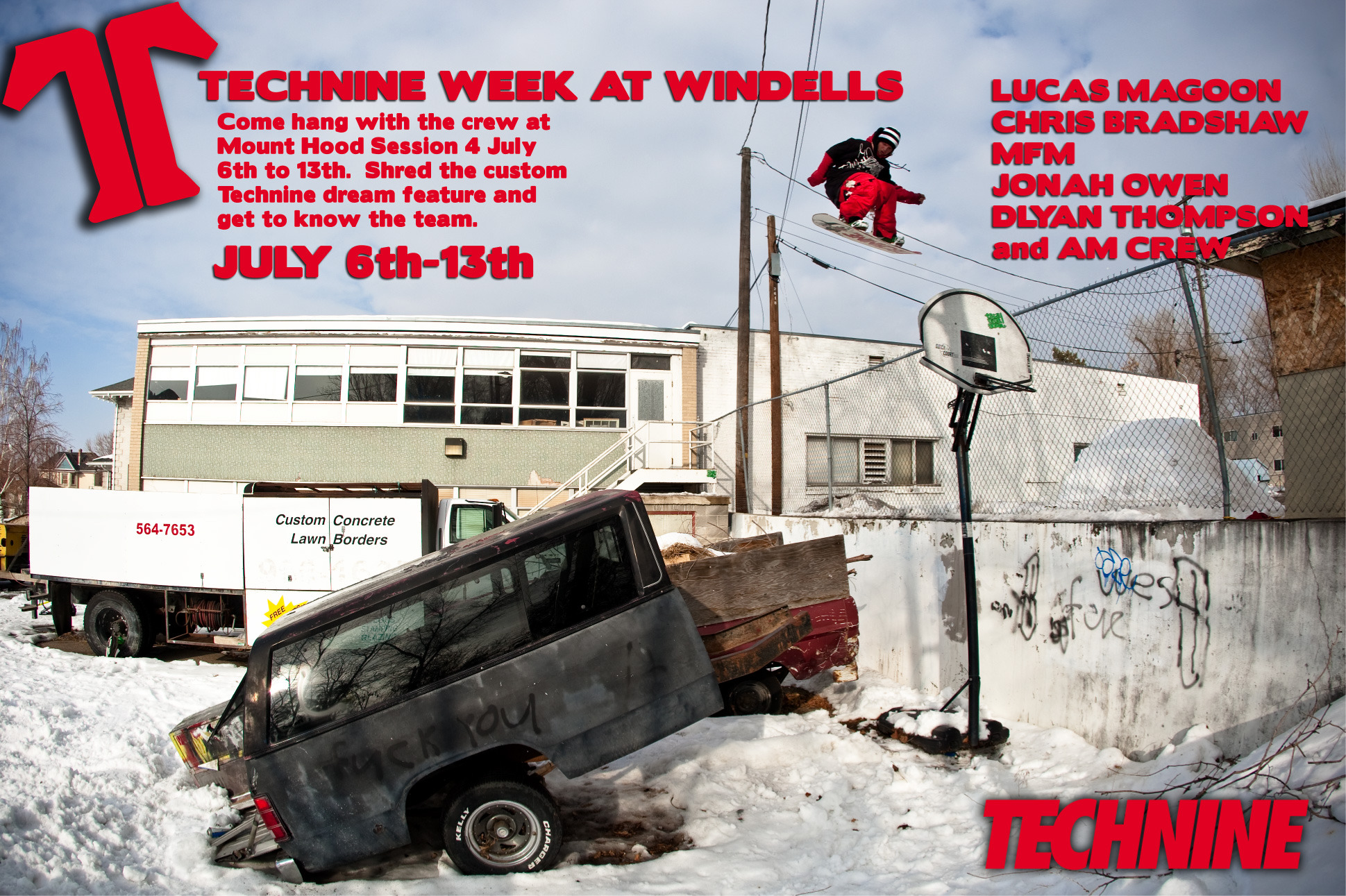 Summer is blazing by at Windells, the park is set up on hill and the concrete is fun off hill. Chef Ryan has been cooking up a storm in the Heshin’ Delicatessen, making sure the only thing campers are hungry for is learning new tricks on snow and on the acrobag. There has been a slew of the sickest visiting pros who have come and built Dream Features and had an amazing time chilling out with the campers, and there’s no sign of the fun slowing down.

Session 4 is a big one. July 6-13, Windells welcomes the Technine team. The stacked group of Marc Frank Montoya, Chris Bradshaw, Lucas Magoon, Dylan Thompson, Jonah Owen, and the Technine Ams are rolling into camp, complete with MFM’s balled-out RV and a custom set up for their Dream Feature. They’ve been brainstorming up a jibby-secret set up that will be unveiled the first day on hill. Says Kenny Martinez, Windells staffer and member of the Technine crew, “I’m pumped that the whole crew is coming from all over the country for the session and I can’t wait for the campers to see the Dream Feature. Its something that’s never been put on hill before—guaranteed”

Windells couldn’t be more excited to have such a heavy-hitting and influential crew of riders visiting for a session. The Technine team will be riding the Windells park with the campers (showing them a few things about hitting rails), hanging out at camp, playing dodgeball, and skating the Concrete Jungle. Expect to see some good photos and blog updates as the week goes on.

As FODT and MFM Productions get ready to release their 10th film this season, they’ll be doing some summer shooting at Windells, too. The team will be filming a full DVD extra for their upcoming release, The Arena, featuring all of the shredding and camp antics the team gets into while at Hood.

Session 4 is going to be an epic session, so stay tuned to www.windells.com and www.technine.com for updates all week.