TGR 2018 Gift Guide - Must Haves for the Skiers

Winter has arrived. Bring on hot laps at the resort, powder days, and weekends spent on the skin track. However, as the excitement settles like the mounds of snow outside your doorstep, be prepared for the onslaught of anxiety that’s going to occur the second you pull your winter kit out of storage. A variety of questions will hit you like a runaway train: Do I need new boots? Should I update my quiver? Does this helmet make me look like a gaper? We don't have those answers, but we’ve got something bit more helpful: a list of this year’s finest ski equipment. Plus, with the holidays just around the corner, what better time to add a few more things to your wish list. 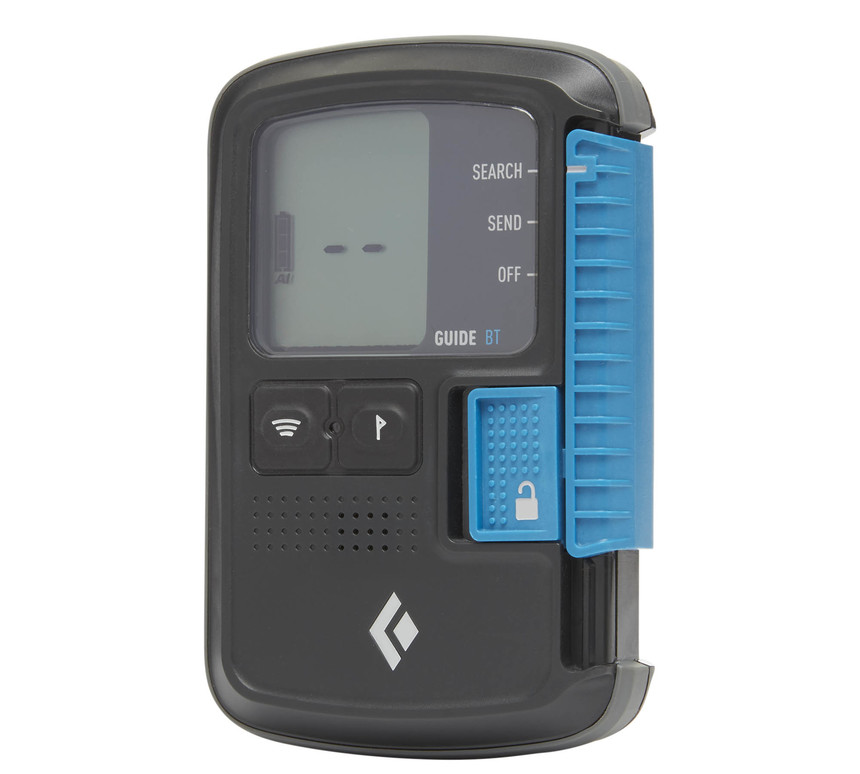 Get the BT Avalanche Beacon here

A beacon is an imperative addition to a backcountry kit. You need one, so why not bring equipment that’s tried and true. BD has led the industry with their professional-grade snow safety technology, and many of our athletes have trusted it for years. When it comes to beacons, the BD Guide BT has a lot of useful features: a 60m circular range, the ability to mark and scan for multiple burials, and an integrated inclinometer are just a few to name, but most importantly, it is incredibly easy to use when the sh** hits the fan. 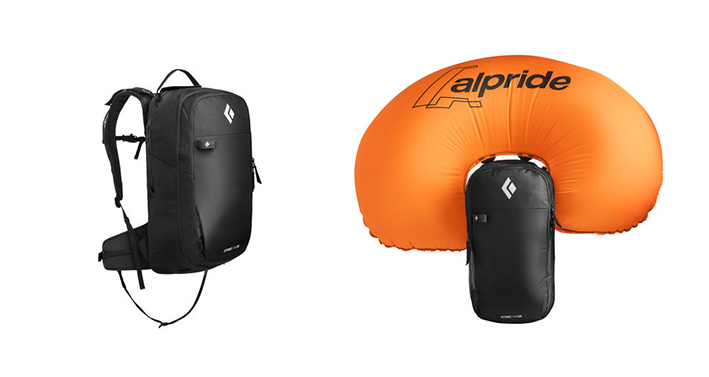 Get the Jetforce Tour 26L here

Once you’ve got your backcountry kit gathered you’ll need something to carry it along, what better than the Jetforce Tour 26L Avalanche Airbag pack? At this point, we all know the benefits of airbag packs: floatation in the worst-case scenario. But what’s unique about this airbag pack is that it inflates thanks to brand new jet-fan technology. The new Alpride system means no costly and inconvenient refills. It runs off super capacitor technology, keeping the weight down; it is in fact one of the lightest bags on the market at five and a half pounds. The jet-fan system is rechargeable in the field with two AA batteries or a USB cord, much more travel-friendly, and lastly durable. Meanwhile, the bag has got space for all your avalanche tools, diagonal ski carry, helmet carry, and an ice axe slot. 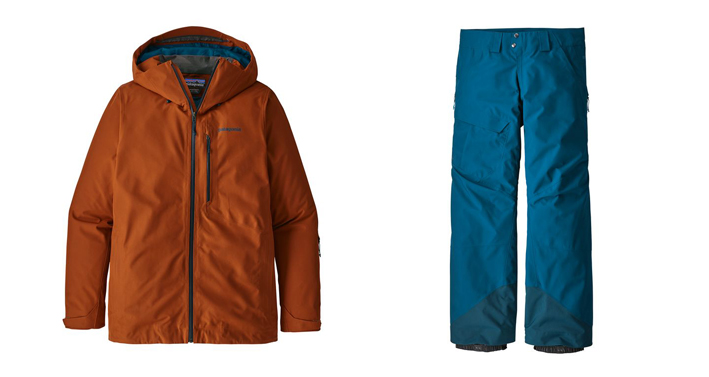 Get the Powder Bowl line here

Patagonia’s goal is to make the most sustainable fabrics without sacrificing performance. With their revamped Powder Bowl line they’ve done it. Each garment is comprised of 35 recycled plastic bottles and will get you through years of wear and tear. But what makes Patagonia’s equipment more enticing is that the company is realistic. They understand the reality of our lifestyle, things tear and break, so they believe in the simple idea of "let’s fix it." If the Powder Bowl, and for that matter any of their apparel, has an issue, just send it back and Patagonia will take care of it. Their ultimate hope is to eliminate the waste cycle, so why not start with our winter gear?

If you had to ski only one ski for the rest of the season the Mantra would be it. Yes, we’re being dramatic, but the Mantra is not. When it was first introduced over a decade ago it caused quite the stir thanks to its uncanny ability to truly perform all over the mountain. For all-mountain ripping, it's turned into Angel Collinson's ski of choice. Volkl continues to build on this momentum with a newly redesigned titanal frame construction and a carbon inlay, which makes for overall lighter ski. The difference in weight hasn’t comprised its performance, and it still charges from edge to edge like a dream. 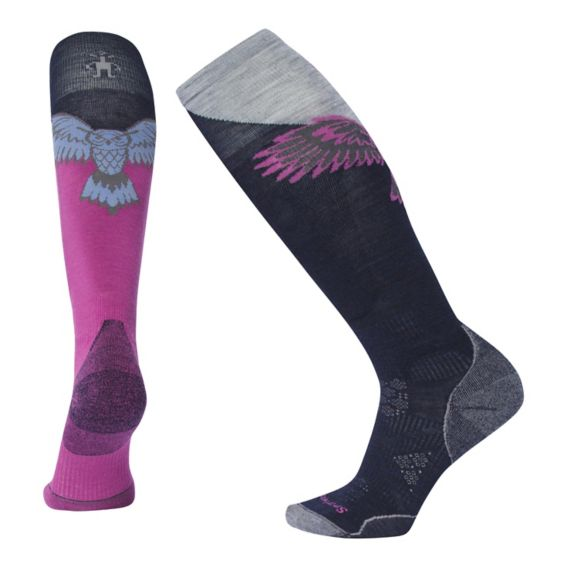 Don’t underestimate the power of a good pair of socks! This year Angel Collinson developed her own line with Smartwool. Her goal was to create something that was sufficient enough for both resort play and a ski tour. The fit was especially important for Collinson. First, it’s got to be tight in all the right places like the heels for performance in tight ski boots, but less snug around toes, which makes for an all around comfy sock. Your feet will appreciate and feel the difference, plus, the birds of prey graphics are on point.

Get the Atomic Bent Chetler here.

The Atomic Bent Chetler is the powder ski that’s on everybody’s mind. While the fat ski has evolved over the past ten years, Atomic has never lost sight of its intention: glide through powder with ease. The exceptional performance is thanks to its powder rocker 30/40/30 profile, 120mm waist width, a light wood core, carbon backcone, and full sidewall. It’s the favorite among many of our athletes—Tim Durtschi, Nick McNutt, and Kai Jones—because it kicks butt in not just deep powder, but on big lines and all over the mountain. This year, the Bent Chetler is also available in a skinnier, 100mm-underfoot version, as well as the classic Mini Bent for the groms. 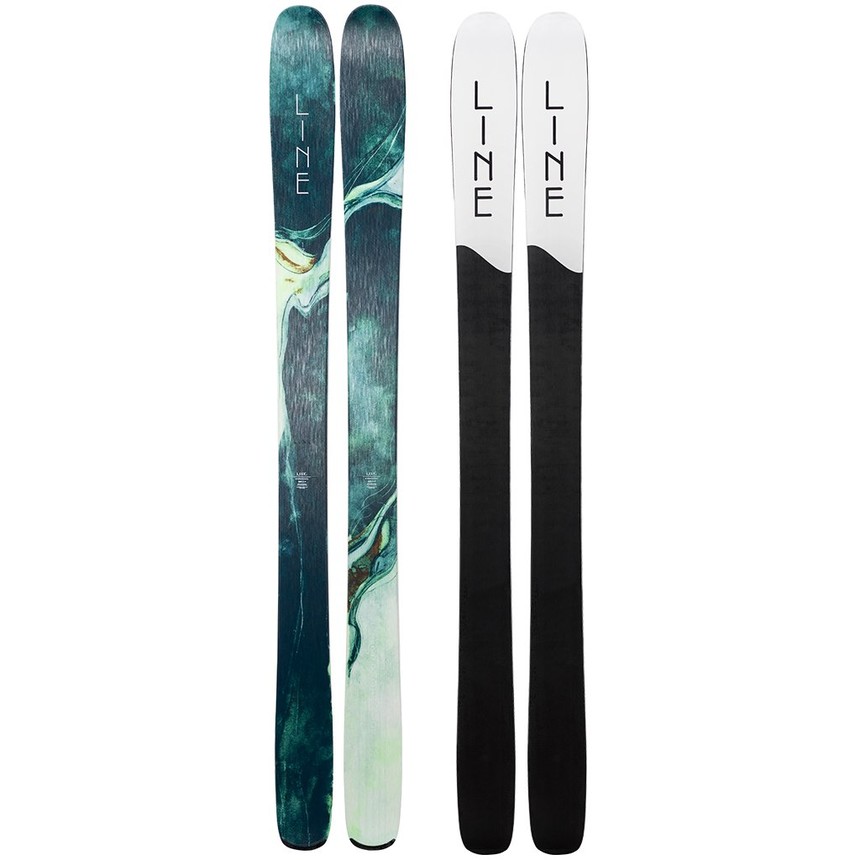 Pick up a pair of Pandora skis here.

Ladies if you’re looking to freshen up your quiver, this is it. The Pandora is the go-to ski choice for Hadley Hammer, who had a huge role in designing this year’s collection. Line’s goal with the Pandora was to create a set of skis that was capable for both the boot pack and lift laps. Starting with the award-winning Sick Day construction as their foundation, Line tailored the shape with lady shredders in mind. With three different skis to choose from—84, 94, and 104—the hardest part will be picking just one to buy. Or you could just get all three... 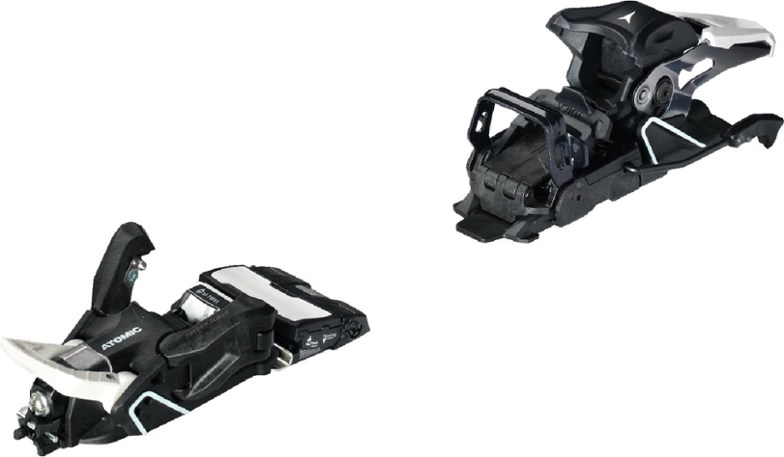 Who hasn’t been talking about Atomic SHIFT binding? Last year Atomic rattled the ski world by dropping this revolutionary product, and people went BANANAS. Through years of development, their goal was to take all the things we love about pin-tech touring bindings and traditional alpine bindings and make a perfect love child of the two. The final result? A compromise-free product that performs exceptionally for both freeriding and touring. Lightweight, easy to use, powerful, and with a DIN of 13, SHIFT bindings have rightfully caused quite the commotion. Mount some on your biggest baddest skis, and enter a whole new world of backcountry skiing.

One of the most versatile climbing skins out there, G3's Alpinist Plus Skins have been tried and tested all over the world for the past twenty years. The laminated tip connector is low profile and self-aligning for a secure and lightweight connection. The skins have become easier than ever to remove even with your gloves on, thanks to the Tail connector’s nifty pop-up feature. They also feature G3's Scala tech, where the first few inches of the skin are a plastic sheet, allowing for easier trail breaking in deep powder. It puts the traction where it matters: directly underfoot. There are five different skin types to choose from; tailored for location, snowpack, and style, there's sure to be a skin that fits your needs in the backcountry. 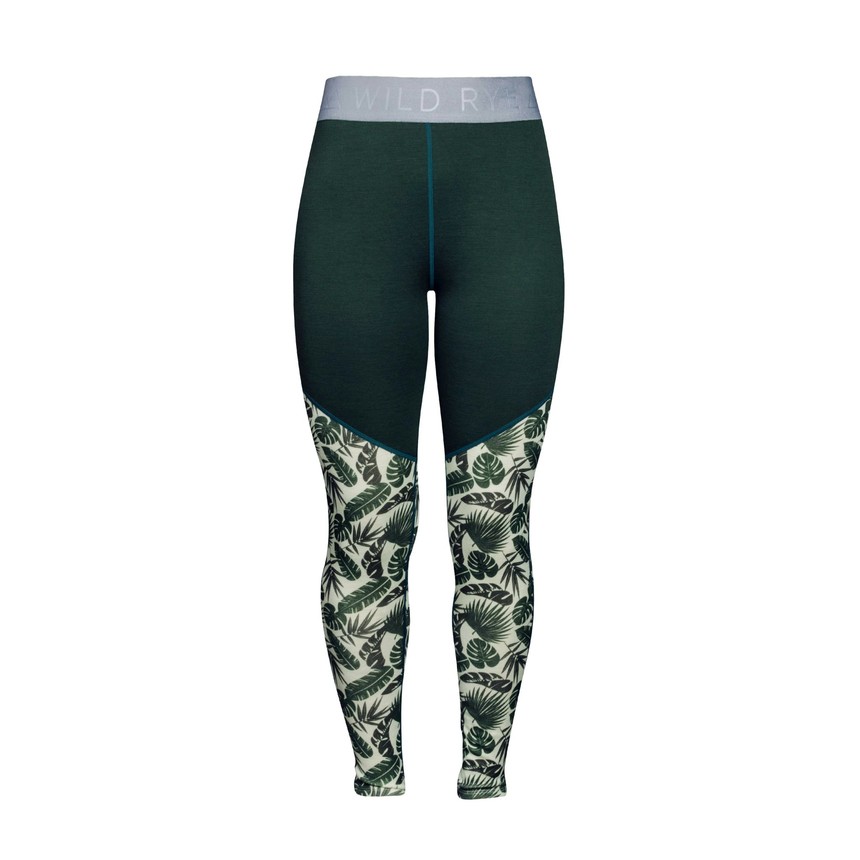 A good day in the mountains starts with your base layer. The 100% merino wool Mauna Kea legging is simply a no-brainer. Not only is the material exceptionally soft, but it naturally wicks sweat and is odor-resistant while keeping you warm. It’s a technical product first and foremost, but the fauna print is a playful little addition that has won us over. 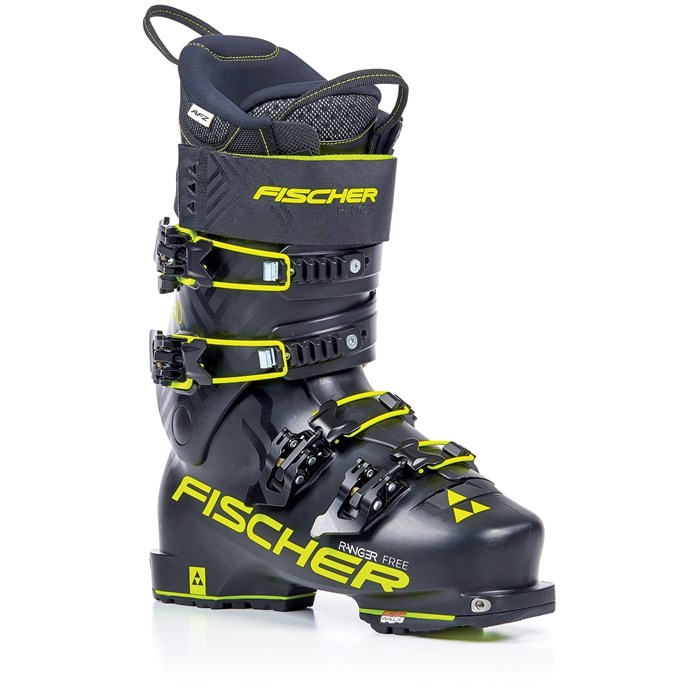 Testers of this freeride-oriented touring boot have proclaimed it to be Fischer’s “pièce de résistance.” Is this hyperbole? Well, it does check all the necessary boxes. Fits great, skis superb, lightweight, easy to switch into hike mode, a wide range of motion, and it’s compatible with tech bindings. Gentlemen, If you’re hankering for new boots and find yourself spending copious amounts of time skiing aggressive lines in the backcountry then the Fischer Ranger Free Boot is a no-brainer. 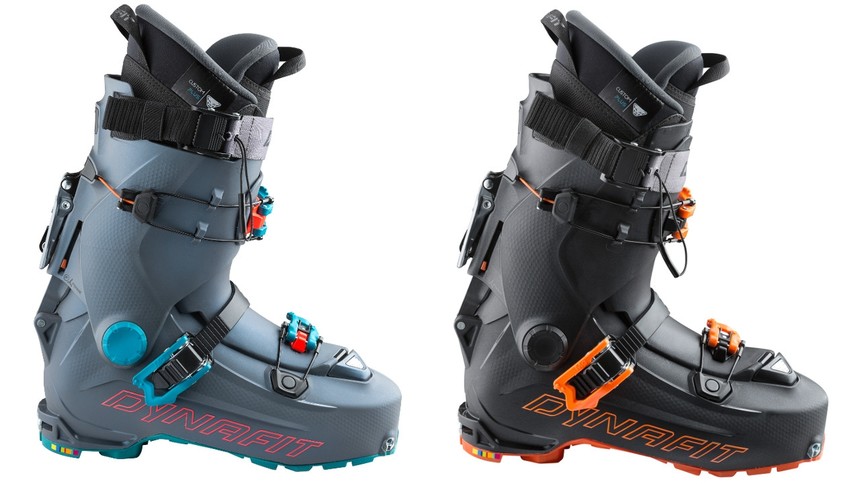 Get the new Hoji boots here.

A few years ago, pro freeride skier Eric “Hoji” Hjorleifson and Dynafit Low Tech inventor Fritz Barthel decided to join forces to set a new standard for ski touring boots. Their goal: a ski boot for touring and a touring boot for skiing, which resulted in the new Hoji boot. One of the most revolutionary features of this boot is the Hoji lock system, a one-touch mechanism that's mindlessly easy to operate when you’re ready to switch between ski and walk mode. There’s more to the boot than just the Hoji lock system, its got a stiff 120 progressive forward flex, 55 degrees cuff rotation, 11 degrees of forward lean, and a grippy rubber sole for earning those turns whichever way you please. 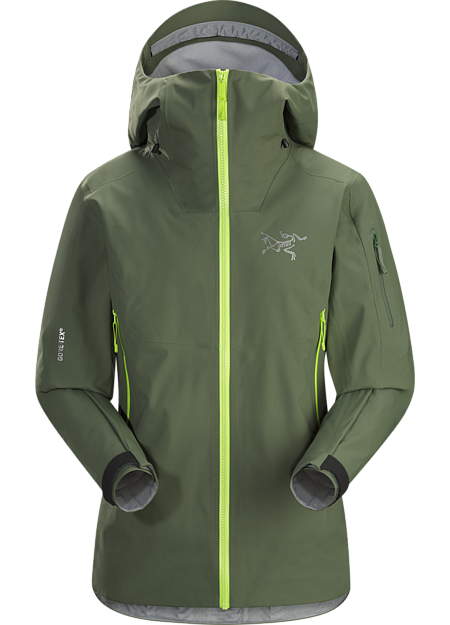 Get the Sentinel here.

This year Arcteryx teamed up with skier Christina Lustenberger to design the ultimate ski jacket. Not only does this backcountry garment have all the necessary bells and whistles—weatherproof Gore-Tex fabric, a big hood, venting zippers, and a powder skirt—but Arcteryx decided to take things a step further. The overall feel of the fabric is breath of fresh air compared to the usual stiff and uncomfortable hard shell. Don’t worry though, Arcteryx hasn’t sacrificed functionality over comfort, they’ve ensured that the jacket will hold up to whatever mother nature throws at you by using Gore-Tex Pro three-layer construction in its design. If this wasn’t all tempting enough, it was designed with a longer than normal fit. Say goodbye to the days your jacket has annoyingly ridden up while charging through snow. 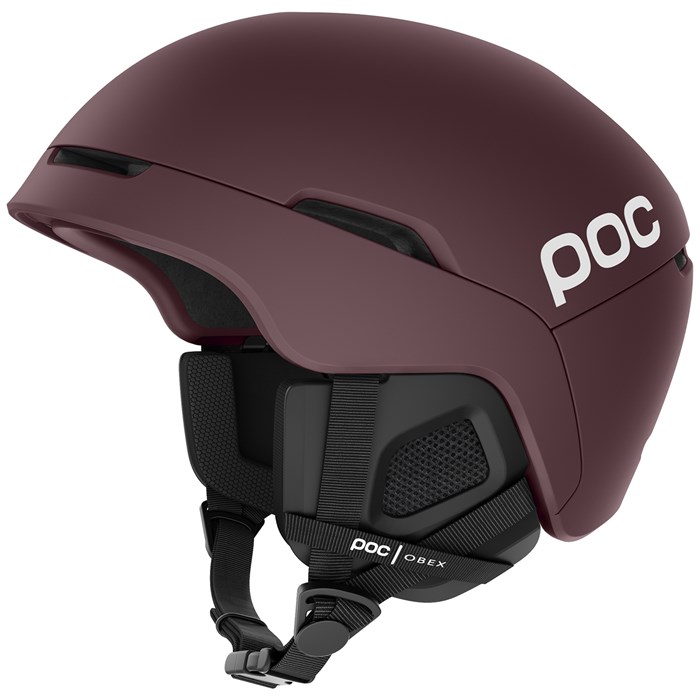 There is really no reason to be skimping on safety, especially when it comes to your noggin. Thankfully POC makes it that much easier to protect your head with their patent-pending SPIN liner. Their own take on the better-known MIPS technology, if the helmet takes an impact it has the ability to move relative to the head so that less force is transmitted to the wearer. Beyond just SPIN, the polycarbonate brain bucket is lightweight, has adjustable ventilation, and is compatible with an integrated Bluetooth headset. 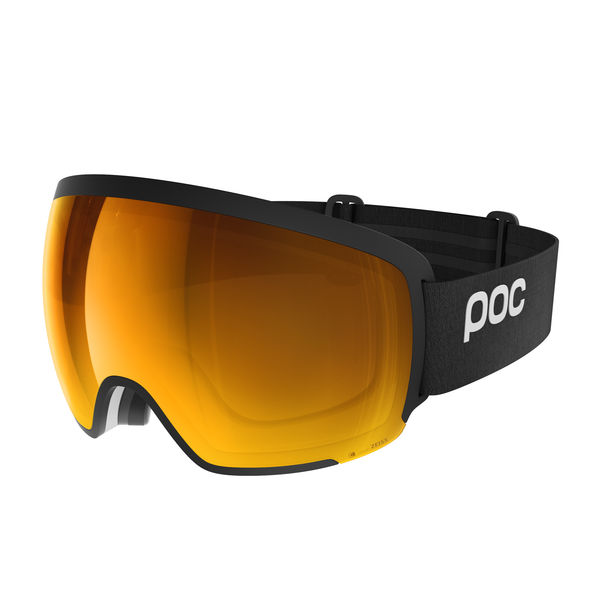 Get the goggles here.

POC recently teamed up with Carl Zeiss, a leader in optical performance, to create the Orb clarity goggles. The end result is high-performance eyewear that handles its own all day on the mountain. The real magic is in the lenses, which have been developed with tints to enhance contrast and light, super handy for discerning the texture and definition of the snow no matter how awful the conditions are. Since the frame has been constructed with both Grilamid and TPU, they’re both light and durable. So, don't be afraid to throw these goggles into your ski travel bag and take them everywhere your skis take you.