Swing on over to http://colab.tetongravity.com/ to vote for the Best Stomp

TGR has officially kicked off voting for the Co-Lab categories. These categories aim to further showcase the creativity and sick skiing that have come to define this year’s crop of Co-Lab edits. In addition to the $100,000 overall prize, TGR is offering a thousand bucks to the winner of each category. 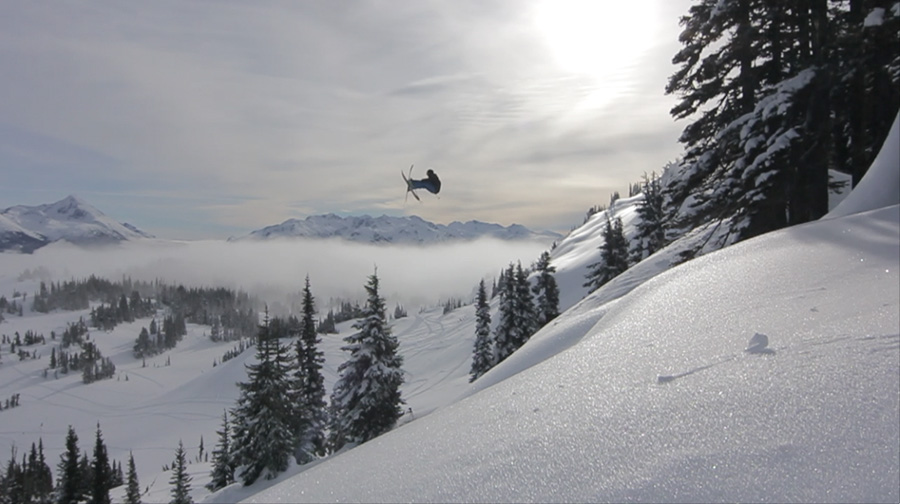 Mark your calendars, here’s the schedule for category voting: 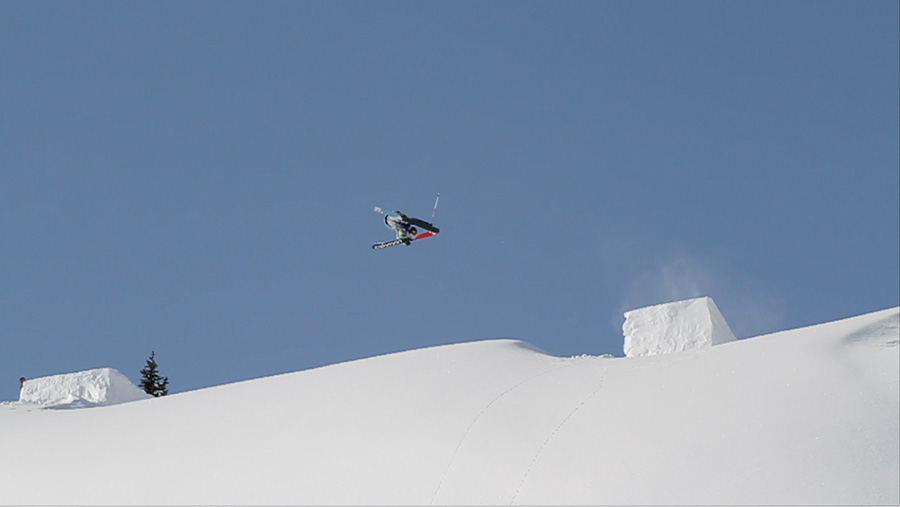 Our first Co-Lab category is now live! With help from our panel of judges—which includes Megan Michelson, Mike Rogge, Daron Rahlves, and Ryan Halverson— we whittled things down to a top ten list of best stomps. Now, it’s up to YOU to decide who stomps away with $1,000.

Check out the top ten stomps and vote here. The contestants are:

Randy Evans: A painter out of Bozeman, Montana, Randy Evans makes the mountain his canvas as he hucks himself off a demon-like cliff and throws a backflip with enough beauty to make Miss Universe look like Mrs. Doubtfire.

Jordan Clarke: Hailing from Whistler, Jordan Clarke—the Carpenter—was selected for “Best Stomp” with his larger than life flat spin rodeo. The comfort he expresses in the air along with his incredibly smooth landing makes us think it’s just another ordinary day for Mr. Clarke. We bet he's just on his way to the grocery store.

Maxim Arsenault: Another rider out of Whistler and master of carpentry, Maxim Arsenault straight airs a 30 footer that sends him straight into the running for “Best Stomp”. We get the POV angle of Arsenault's air assault as well, which in our opinion has enough intensity to warrant changing the name of POVs to POWs.

Amon Barker: Even though he didn't make the top 21, Amon Barker from Wilson, Wyoming proved he deserved a spot in “Best Stomp” with his massive road gap backflip. Not only were Cheetos dropped as a result of this aerial road rage, but we’re pretty sure that upon Barker's landing something else dropped.

Nick McNutt: Who would have thought? Another Whistler carpenter hucking his way into the “Best Stomp” category with more swag than Cliff Huckstable himself. Nick McNutt gives you goose bumps with his nose butter rodeo 900. His switch landing really put a period on his statement. Let me take that back, it’s a mix between an exclamation point on a complex sentence and a question mark on a run-on sentence. 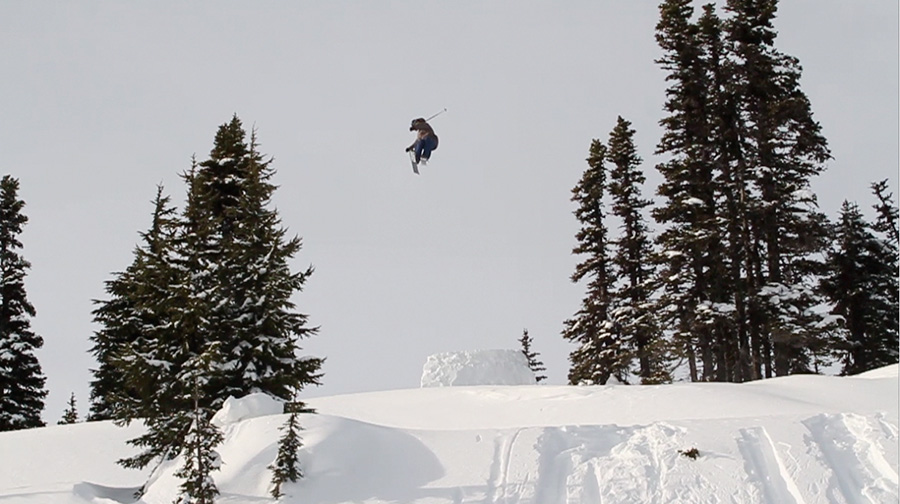 Dan Stethem: Another rider who did not make the top 21, Dan Stetham from Canmore, Canada was selected for his bold backflip, which he somehow managed to squeeze though an arsenal of pine trees. After landing, Dan from Canmore immediately received the nickname, “Dan-CAN-do-MORE-than-you” Stethem.

Elyse Saugstad: A professional skier from Girdwood, Alaska, Elyse Saugstad claimed her spot in “Best Stomp” with a massive straight air over a cliff more serious than the bubonic plague. Being the only female contestant in the Co-Lab, Elyse really showed these guys how to send it. Better yet, she SHIPPED IT via overnight air.

Max Hammer: No newcomer to stomping tricks, Max Hammer from Jackson, Wyoming, was selected for “Best Stomp” with his hard charging, aggressive Corbet's Couloir stomp. Our selection was confirmed when witnesses claimed to have seen Hammer at Corbet's Cabin downing waffles just seconds before the huck. If he can send Corbet's this hard just seconds after breakfast, what happens after dinner?

Jake Cohn: From Whistler B.C, Jake Cohn was brought to the “Best Stomp” round table with his flat spin backflip. Even though Cohn's initial flat spin was incredible enough, he decided to throw some post-huck madness with a late front flip that came more out of left field than a hurdle jumping turtle. Jake Cohn sure conned this mountain out of its dignity with this one.

Dale Talkington: Coming out on top in the public voting round, it was obvious Dale Talkington from Park City, Utah would be present in the “Best Stomp” category. In the midst of the abandoned, back alley feel of his urban segment, Talkington's corked tail grab 900 seemed to abandon all reality—he even came down on rooftop and popped a 180 off.

Swing on over to http://colab.tetongravity.com/ to vote for the Best Stomp 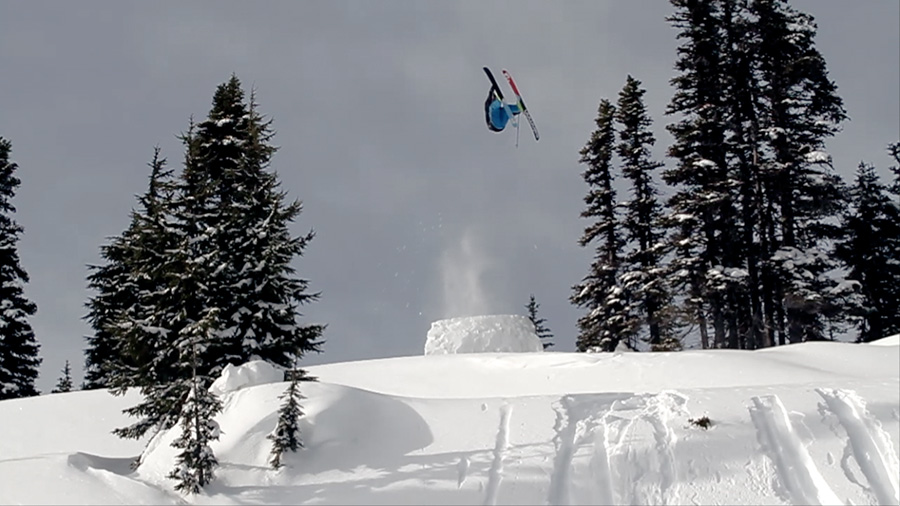