This is a board that belongs in any quiver. It might not be the one you ride every day of the year, but it’s the one you’ll be itching to ride when conditions are right. - Tyler Macleod

Handbuilt in British Columbia, Hightide MFG embodies the DIY work ethic that snowboarding was founded on decades ago. Built to order, and featuring one-of-a-kind resin topsheets on each and every board, Hightide takes pride in crafting rideable works of art that perform just as well, if not better than they look. The Hippy Slasher, which has become a staple in the line over the years, is a powder-focused deck designed to be ridden 6-10 centimeters shorter than a traditional board. This “psychedelic shape,” as touted by Hightide, is most at home in technical trees and deep snow, making it a suitable addition to any quiver.

Offered in three sizes—150, 153, and 156—the Hippy Slasher is a short and wide powder hunter that provides supreme float in a concise package. Directional in shape with a large surface area nose and stubby tail, it borrows design elements from surf culture that successfully carry over to the frozen waters of the mountain landscape. Although advertised as a medium-to-stiff flexing board—which is the case in its midsection—the Hippy Slasher leans toward the soft end of the spectrum in the nose and tail. It complements the three millimeters of camber underfoot well, creating a loose, surfy board that still maintains a level of stability and predictability.

The Hippy Slasher shined in soft conditions, be it late spring corn or mid-season blower. However, in less than ideal scenarios, such as early morning hardpack or through chundery runouts, it proved to be just a touch squirrelly. Still, it’s hard to knock on a board that was designed for specific terrain. This is a powder board in the purest sense, and one that is among the cream of the crop. Even with its girthy waist, the Hippy Slasher managed to be extremely nimble and maneuverable, proving that it was equally adept at making long, drawn out deep turns as it was making quick adjustments in tight spaces. The soft nose and tail provided plenty of personality, and made slushy days almost as enjoyable as the double-digit ones. 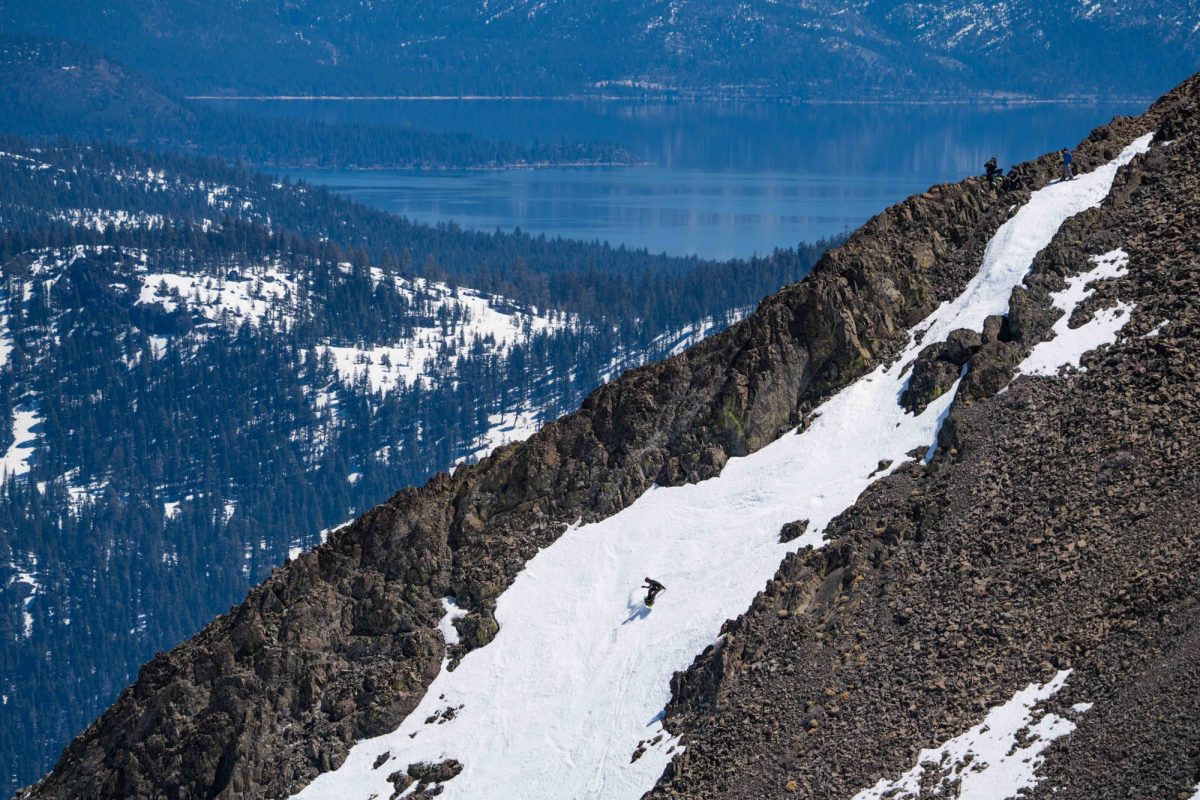 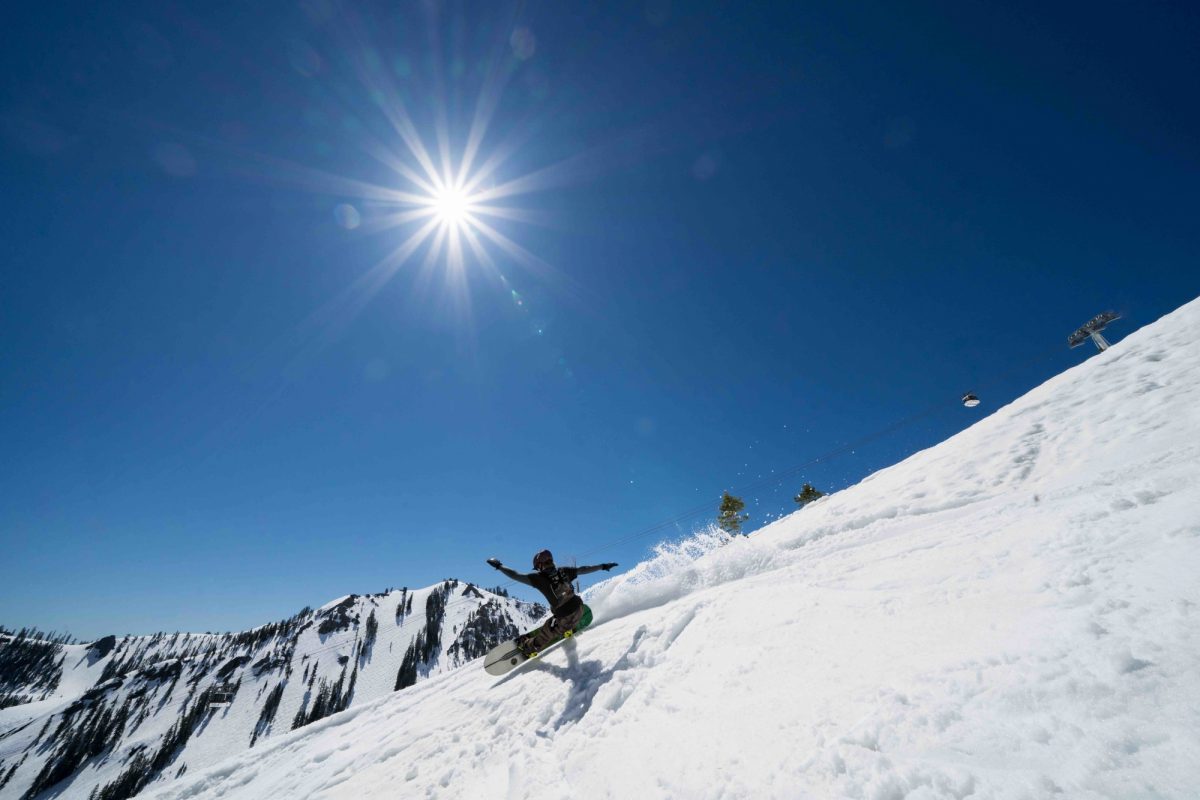 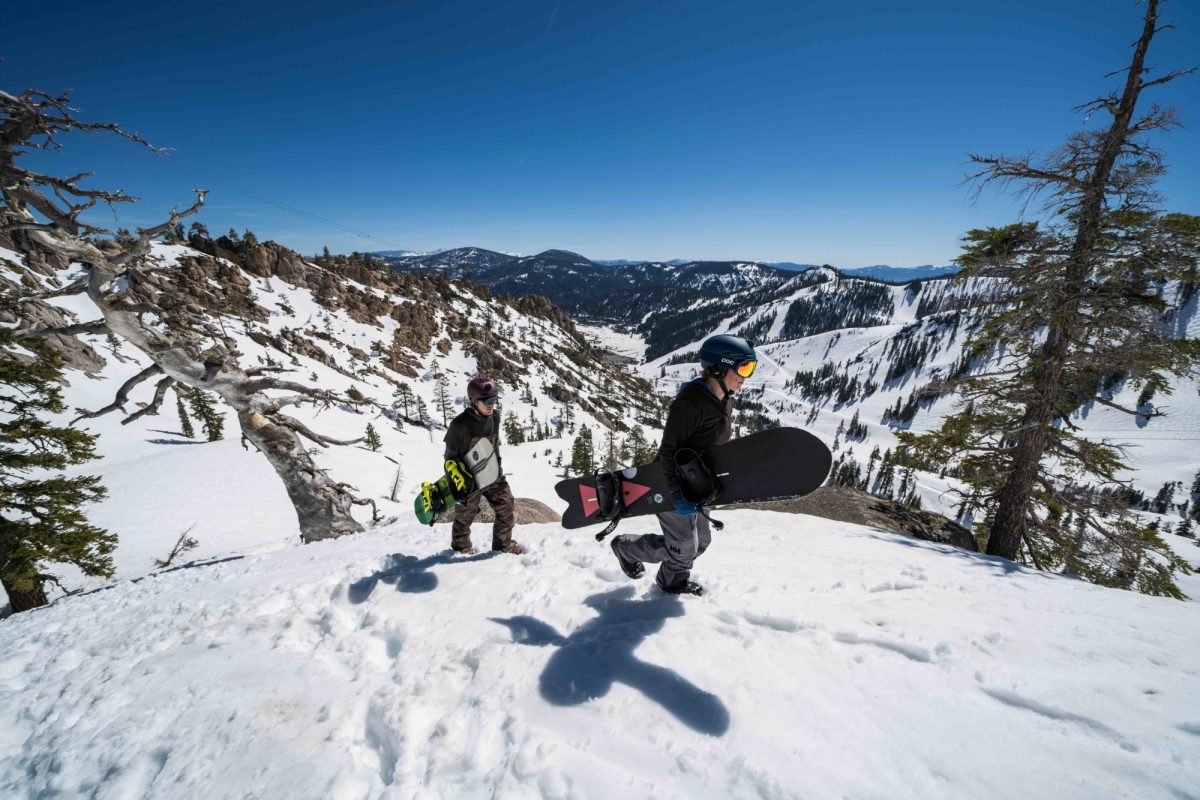 The Hippy Slasher may not be designed to perform as a one quiver board, but it certainly belongs in any collection. For the rider who appreciates quality craftsmanship, and finds joy in the subtle nuances that make one board vastly different from the next, the Hippy Slasher fits the bill. As Blake Hunter sums up, “It’s not a board to get technical on or bring into icy conditions, but it is fun, soft, and makes soulful, surfy turns in powdery conditions.” It’s a deck that you’ll always want to have in the back of the car—or else you’ll be kicking yourself for leaving it at home on that sleeper pow day.