The Pallas Epiphany is for the explorative boarder. Go beyond your previous boundaries and still feel comfortable and in control. - Jaime Vincent

Founded in 2013, and based out of Salt Lake City, Utah, Pallas is a women’s specific snowboard company specializing in crafting both solid and split options for female rippers. Using traditional board-building techniques, and adding a signature twist through original outlines and head-turning graphics, the crew at Pallas possess a grassroots approach to crafting their small batch decks. We were lucky to get our hands on the Epiphany Split this past season, which was formerly called the Girl Scout Split, which quickly caught our attention with its stunning artwork before thoroughly impressing us in the Tahoe sidecountry. It’s a well-rounded touring option for any style rider who wants to begin exploring out-of-bounds terrain or progress their existing skills.

With its squared off nose and clean crescent tail, the Epiphany is one looker of a board. Certainly, the bright and abstract graphics play a part in this too, but there’s much more here than what meets the eye. Thanks to a flat camber profile that transitions forward into the wide, rockered nose, the Epiphany and its signature blunted tips add surface area without having to add any length. It creates efficient ascents up the skin track, while simultaneously ensuring you’ll never sink on the way down. Plus, combined with the tapered outline, this split can actually be sized down two to three centimeters while still providing the float of a longer rig. The medium flex created by its full poplar core makes for an immediately comfortable ride for a wide spectrum of backcountry enthusiasts.

The Epiphany proved to be one tough cookie when heading into the Tahoe sidecountry. “The blunted nose was able to stay above the pow and created a skintrack without any problem,” tester Jaime Vincent praised. “This board can make quick turns and also charge through the steep and deep. I was able to carry speed down chutes and feel completely stable at all times. While on lower angle terrain, it felt more surfy than I expected any splitboard to feel.” Pallas themselves describe the board by saying “It’s as dependable carving through dense, steep runs as it is surfing through pristine powder.” After hearing what our tester had to say, it sounds like they really nailed it on the head. 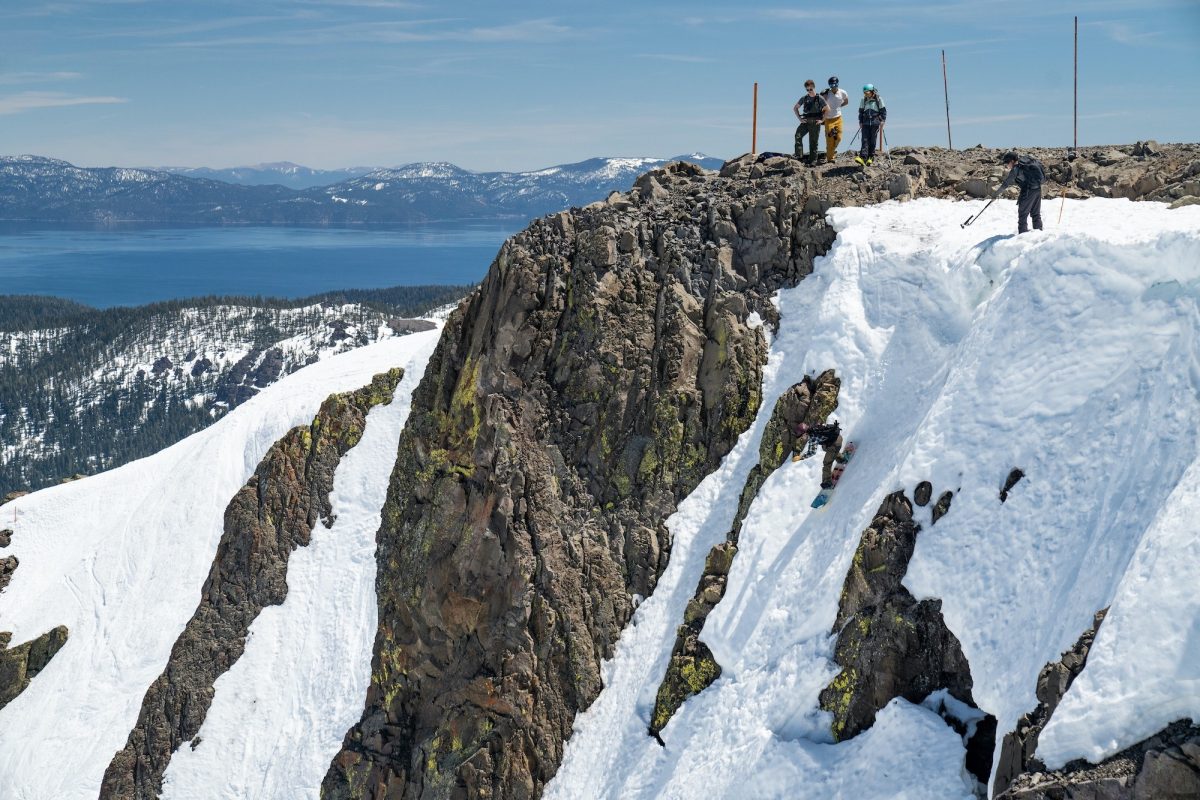 As Jaime Vincent mentioned, “The Pallas Epiphany is for the explorative boarder. Go beyond your previous boundaries and still feel comfortable and in control.” She added, “I recommend this board for all beginner to advanced splitboarders because it empowers the rider and handles any conditions or terrain.” Because it’s easy turning without being any sort of noodle, the Epiphany proves to be a versatile touring option for anyone who has an interest in exploring the backcountry. Whether your goal is to seek out steep and deep lines or just lap some low angle glades, the Epiphany is prepared to help you earn that backcountry badge.