A great ski for someone newer to powder skiing or looking to charge groomers with their friends. - Samantha Hall 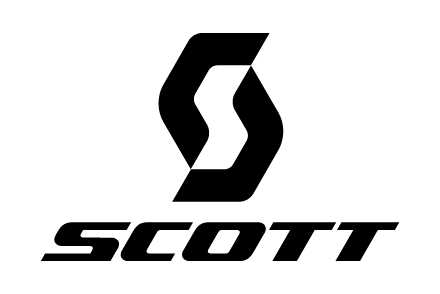 As winters go by, the standard width for an all-mountain ski has become noticeably more svelte. Sure, the Keto diet is great for slimming down, but we have a hunch that there’s more to it than cauliflower pizza and bulletproof coffee. Innovative shapes and constructions now allow narrower skis to float almost as well as a designated powder ski. These days, a 105mm waist seems to be the sweet spot for an everyday ripper and the Scott Scrapper 105 W hits it right on the nose. With a light, snappy feel underfoot and just enough width to keep you upright on the softer days, you may have just found your new front-country companion.

The full wood core is what gives the Scrapper 105 W a smooth flex and responsive feel underfoot, balanced by triaxial carbon stringers designed to improve stability and minimize quad-numbing chatter. The shape of the Scrapper 105 is pretty standard—the rockered tip and tail maintain float and camber underfoot lets you slice turns on hardpack like it’s nobody’s business. The 3D sidecut features shorter radii along the tip and tail for quick and nimble turn initiation, while the long radius underfoot holds a solid edge at high speeds. At 1580 grams per ski in the 167cm length, the Scrapper 105 W is a freeride ripper in a lightweight package.

Testers liked the maneuverability and light weight of the Scrapper 105, but felt they hit their limit when it was time to charge through deep or variable snow. If you’re looking to lead the pack on the way up, a ski like the Scrapper would be a great choice to keep things light underfoot without feeling overly minimalist. On the way down, easy steering was definitely the highlight of the Scrapper 105, with just enough body to keep the tips up in deeper snow. However, if you’re looking to charge hard, the Scrapper 105 probably isn’t going to inspire the confidence you’d want on a steep descent. Tester Samantha Hall noticed at high speeds they began to chatter quite a bit when initiating a turn. “They weren’t quite as playful as I would have hoped for a lighter ski,” said tester Sloane Gordon. “The stability was pretty standard but I wouldn’t feel comfortable hitting big drops. Still, it floated well enough through powder and made turns in general pretty easy.”

While testers agreed the Scrapper 105 might not be the best choice for a powder day, the light weight and soft flex of the Scrapper 105 would be great for a newer skier who’s beginning to venture off-piste. “It’s not too wide to feel intimidating, but it floats pretty well in soft snow and turns feel smooth and easy,” said tester Sloane Gordon. “It’s a great demo ski,” said tester Samantha Hall. “If someone got on the Scrapper 105 without a ton of experience they’d probably be really inspired to tackle tougher terrain which is a great quality in a ski.”