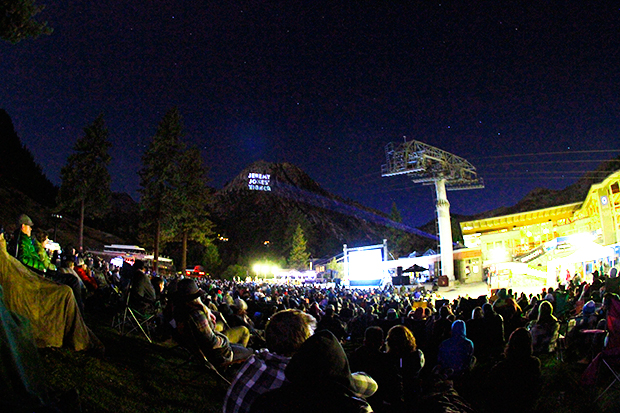 A record crowd at the TGR's Jeremy Jone's Higher Premiere to watch the film.

A record crowd gathered this weekend in Squaw Valley, California to celebrate the culmination of TGR's Deeper, Further, Higher trilogy with Jeremy Jones and kick off the accompanying world tour. The crowd included snowboard pioneer Bryan Iguchi, young gun Ryland Bell, hordes of stoked groms, brands from across the industry, Alaskan Brewing Company, and thousands of snow enthusiasts pumped for an evening of inspiration. 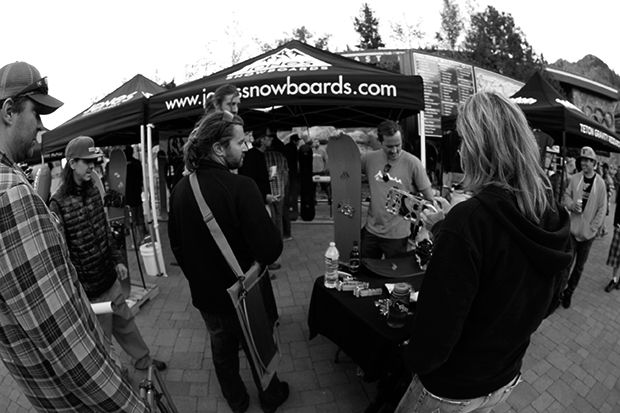 The guys at Karakoram Bindings & Jones Snowboards show the crowd how Jeremy gets around on the mountains. 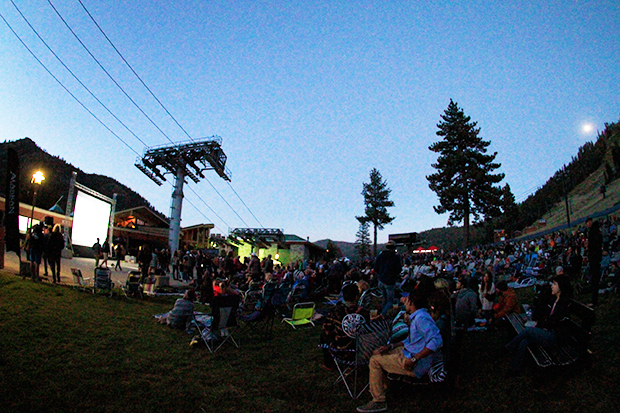 As the crowd begins to fill into the viewing area the moon rises in the background.

As the crowd began to swell an almost full moon rose above the famous KT-22 lift and you could tell the venue was set for a special evening. The man himself, Jeremy Jones, introduced the film with an emotional thank you and recognition to his parents, wife and kids, brothers, fellow riders and production crew. 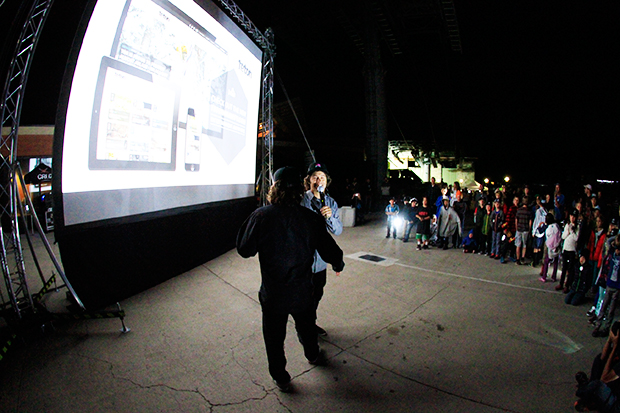 Throughout the introduction and movie itself the theme of family and community was apparent in every aspect of the premiere. Jeremy’s parents talking about buying his first snowboard in Stowe, Vermont, Steve and Todd Jones embracing their youngest brother in front of a cheering crowd, and Jeremy's reflection on the death of his close friend Joe Timlin, who died in an avalanche only days before he was set to leave for Alaska, all underlined the importance of special relationships created by the mountains. 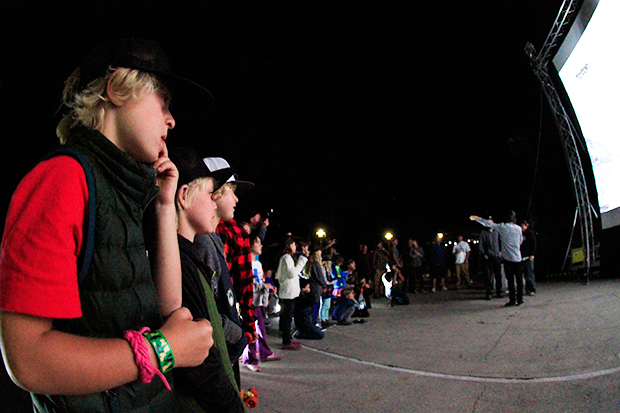 The next generation watches as the Jones brother embrace before the film.

I was able to catch up with the man himself, Jeremy Jones, to ask him a couple questions about the premiere and Higher. He looked tired but satisfied as friends and fans alike interrupted the interview for words of congratulations and pictures. Words by Jeremy Jones.

What is your initial reaction to the premiere?

Well my daughter did not fall asleep during it so overall that means it was a major success for me! Only time will tell on the full reaction, but I’m proud of the film. We were all so thorough with the film and really beat it to a pulp. I don’t think we could have cut a better film from the footage we had. The best story that could have been told was shown tonight. 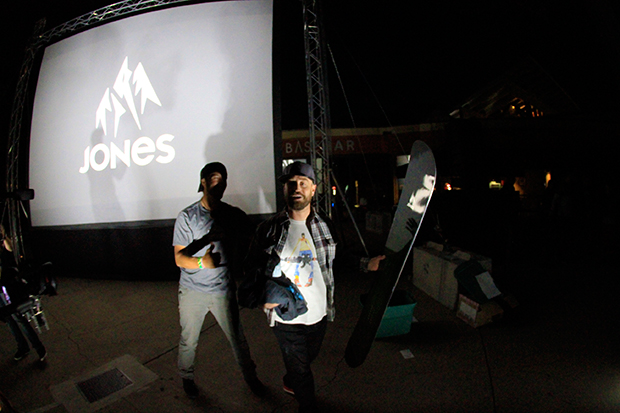 What is going through your head right now?

I’m a little bit numb to it all right now, but I couldn’t be happier. When I go back and watch Deeper and Further, I see some glaring mistakes I would change. With Higher I feel that it is so buttoned up and tight. I surrounded myself with the best people I could find to do this and every single one of us put everything we had into the film. To me that is super satisfying and something I am really proud of. I feel extremely fortunate to have been able to experience everything I have and work with these talented people.

Well my daughter did not fall asleep during it so overall that means it was a major success for me!

What was your favorite crowd reaction during the film?

It was interesting with the crowd and how they reacted to certain things. For me, the end is really the most powerful part of the movie and I loved the crowd’s reaction to it. We put so much time into that and really hit our stride with that.

Describe what it was like to have the premiere in your hometown?

One of the benefits of showing in your hometown is over 3,000 of my closest friends show up. I could put anything up there and they would have my back. This was the longest film we have ever made, so to hear the hooting and hollering and to see the crowd's intent focus during the film was special. You can usually read a crowd pretty well, and I could see people super locked in on it, which is awesome and doesn’t always happen. 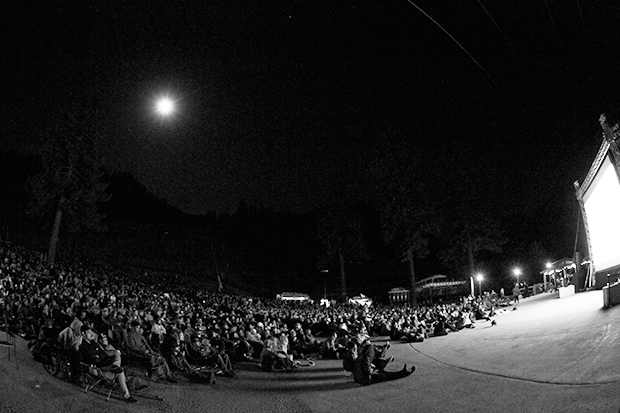 The record crowd watches silently as the final frames of TGR's Jeremy Jones' Higher is shown.

Talking to people as they left the premiere, this was one of the main comments. Never had they witnessed thousands of people sit absolutely silent for two hours, both completely absorbed and consumed by what was in front of them.

For the rest of the world this is just beginning. The tour of TGR's Jeremy Jones’ Higher presented by Subaru will include more than 200 shows around the globe, including screenings throughout Europe, Australasia, and North America. Jeremy Jones will be making appearances throughout the tour including the Vancouver, Seattle, Portland, San Francisco, Boston tour stops and many more showings around the world. To order the movie, check out a listing of tour stops, and buy tickets, click here.