Since its infancy, Teton Gravity Research has always been intimately tied to snowboarding, whether through the exploration of our home range in Jackson Hole or through Jeremy Jones. And following a historic snow year for much of the country, 2017 produced no shortage of great snowboarding stories. Here are our ten favorite from the past year. 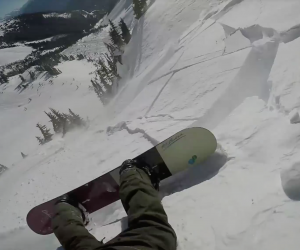 This is a video we never want to see. A snowboarder is riding above a drainage when a large avalanche is triggered. The angle captures perfectly the snowpack deteriorating beneath his feet and the following slide.It can be argued that his airbag helped him stay above the snow and saved his life. 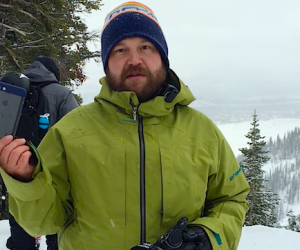 What You Should Do With Your Cell Phone in the Backcountry

Smartphones: we all use them, all the time. And yes, even in the backcountry (Instagram!). It'd be too simplistic and even unsafe to just tell people not to bring their phones at all when they head out of bounds, because while their signal does interfere with that of an avalanche beacon within a certain range, they become incredibly useful in the event of an emergency in order to communicate with the outside world. 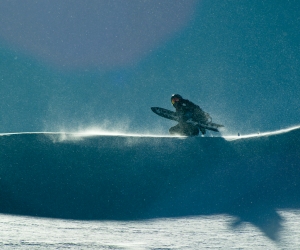 Inspired by a poem he wrote long ago, big mountain rider Jeremy Jones summons his greatest influences and dissects his lifelong passion for the simple and sacred feeling he calls, "The Glide" in TGR's new short film "Life of Glide." 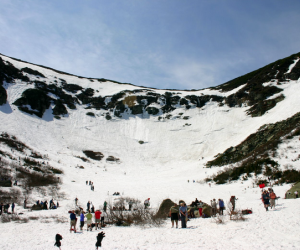 The Bucket List: How to Ski or Ride Tuckerman's

Tuckerman Ravine is a rite of passage for many East Coast skiers. The iconic cirque on Mt. Washington was one of the incubators of American skiing. In 1939, Toni Matt became the first person to straight-line the headwall, accidentally, at the infamous American Inferno, a 4.2 mile race from the summit to base. Toni completed the 4,000 vertical foot course in just 6 minutes 29.2 seconds, reaching a top speed of 85 mph–on wooden skis. 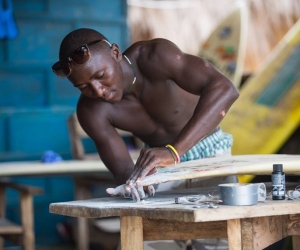 How this Surfer from Sierra Leone Ended Up Snowboarding in Wyoming

Sitting on a chairlift, wind ripped at Alpha Barrie’s face. Halfway through one of the most challenging months of his life, the 24-year-old Sierra Leone native was beginning to wonder if he’d ever see the sun again.

But that morning, Grand Targhee’s fog lifted, and upon reaching the top of Dreamcatcher, Alpha beheld the full majesty of Teton Valley illuminated in golden light. 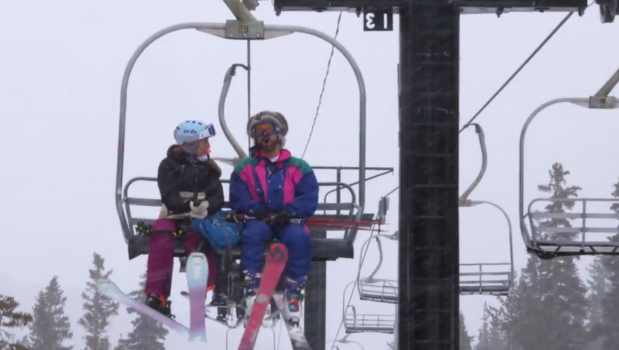 This is gold. SKI Magazine editor Kim Beekman went to a speed dating event at Loveland Ski Resort in Colorado last weekend and it looked like quite the time. 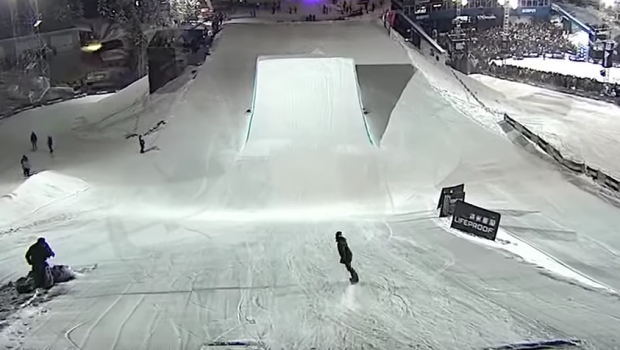 Hailey Langland, a 16 year old from SoCal, is officially the first woman to land a Cab Double Cork 1080 at the X Games. The trick won Langland— who is the youngest competitor this year—the first gold medal of the games. 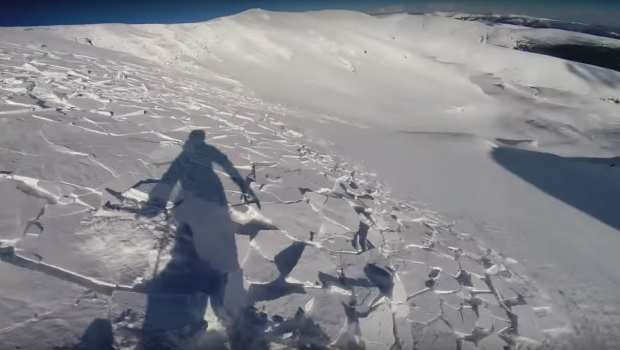 It's no secret that we have been pounded with snow this winter, at least here in Jackson Hole. We are only half way through our season and we already have 380 inches at the resort — nearing last year's total snowfall for the entire season. All this new snow is exciting, but it also means there is a complex and often dangerous snowpack. 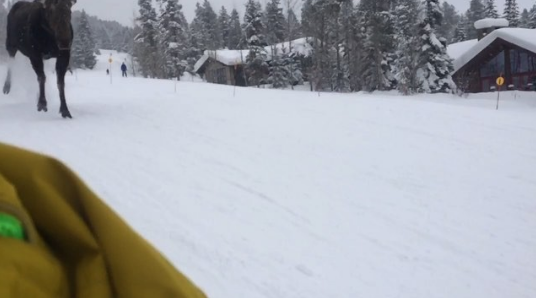 Snowboarder Chased by Moose While Riding on Resort

Scott Askins posted this video of him and a buddy experiencing quite the moose encounter while riding at Jackson Hole Mountain Resort last week. The moose ends up giving up, but those animals sure are faster than they look. 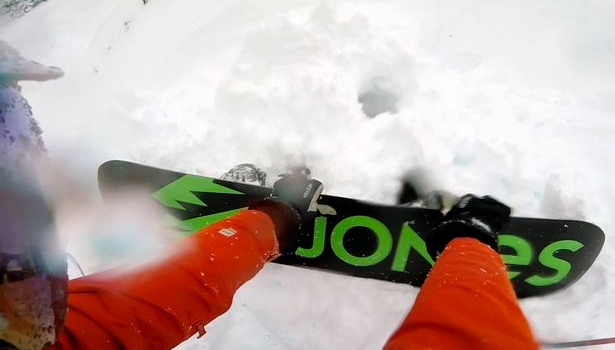 Snowboarder Rescued After Being Buried at Squaw Inbounds

If your mountain has been getting slammed by this winter's non-stop powder beatings, it may be time to start wearing your beacon inbounds. Seriously.

This veteran snowboarder was almost completely buried in the Squaw Valley inbounds after he landed head first on a botched 30-foot cliff jump. Apparently, he lost his footing on the approach and clipped his back heel on the way off.