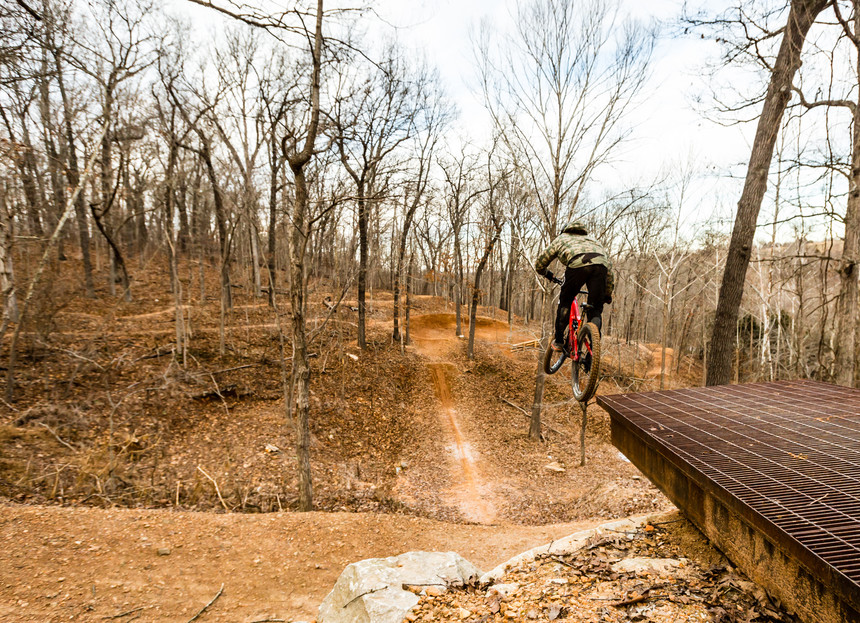 Man, what a time we live in. These days, thanks to years of development and refinement, it is nearly impossible to buy a bad mountain bike. This January, Teton Gravity Research’s team of six testers spent a frigid week exploring the stunning singletrack of Bentonville, Arkansas aboard 17 of this year’s trail and enduro bikes. There were some tough choices to make, but our testers managed to whittle their list of favorites down to five.

For tester Branham Snyder, one word came to mind riding the Canyon Strive CF: composure. The efficient suspension combined with the shock made it an efficient climber on all types of terrain. As one of the most aggressive and racing-oriented bikes in the test, the Canyon Strive CF 8.0 would make any endure racer happy. That being said, its uphill prowess would make this an ideal candidate for anyone looking for endless descents through the biggest mountains in the world. If climbing 5000 feet to access a gnarly descent sounds like your cup of tea, the Strive will not disappoint.

As the most value-oriented bike in this year’s lineup, Giant’s aluminum 27.5”-wheeled Reign 2 surprised our testers with performance that rivaled bikes with twice the asking price. Testers say the Reign 2 absolutely ripped going downhill––it's a fast bike, and handles steep, technical terrain like it's nobody's business. This bike is for the shredder type.

After Rocky Mountain noticed that riders everywhere were modifying their popular Instinct 29er frame by adding a 160mm fork and chucking on a wide bar/ short stem combo, they decided to create a production version of exactly that: a big-wheeled carbon enduro machine. Gone are the days of boring 29ers: the Instinct BC is insanely fast, and just begged its riders to let go of the brakes and pin it downhill, but would not shy away from long days in the saddle climbing up the biggest mountains it can find.

Our testers reported that the lightweight Trek Bicycle Remedy 9.8 climbed well, with no energy wasted on the way uphill. It pedals well, easily picking up speed, and Alaina Henderson loved the bike’s response when she pumped it—playful and jibby, especially on jump lines and flow trails.

Wait, is this thing a singlespeed? Zerode’s Taniwha turned our testers’ heads as they first pulled it off the rack. Named after a mythical Maori creature, the bike looked and felt different. Instead of a rear derailleur, the 160-mm carbon beast is equipped with a Pinion Gearbox, an internal gear system that re-invents shifting. It took testers several runs to get used to the gearbox, but once they understood how it worked, its advantages became clear. The Taniwha eats up technical singletrack, staying absolutely glued to the ground through rough trail and beat-up corners, but would pop and jump at will.