The 6 Best Places To Shred The Great Lakes/Buffalo Blizzard 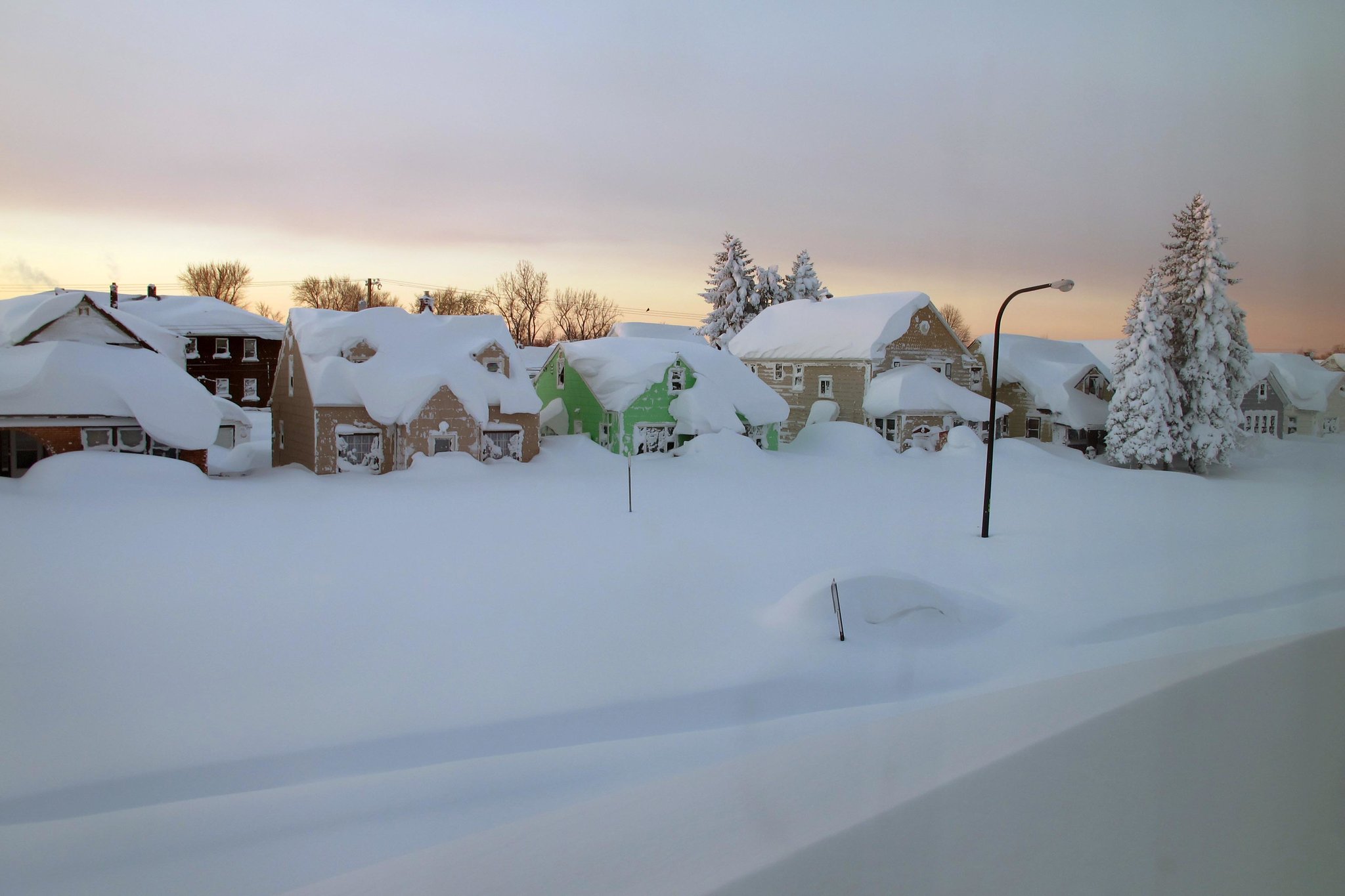 Polar vortex? Snowpacalypse? Snowmaggedon? Whatever weather-related catchphrase you decide to label it with, the Great Lakes region is in the midst of some serious snow this week. Like 60 inches of it, depending on which part of the greater region of Buffalo you’re currently immobilized in. Sadly, it’s been serious enough to claim lives; six have died, including one 46-year old man who was stranded in a car buried under 12-15 FEET of snow. With temps barely below freezing–making the snow seriously heavy glop–it’s been miserable work for anyone trying to dig out their car, home, street, highway, or city.

But there’s always a silver lining, and in this case, it comes in the form of an absurd amount of snow for local skiers and riders. So we rounded up the six best places to take advantage of this week’s monster blizzard, from Michigan’s Upper Peninsula to New York’s infamous Tug Hill Plateau. 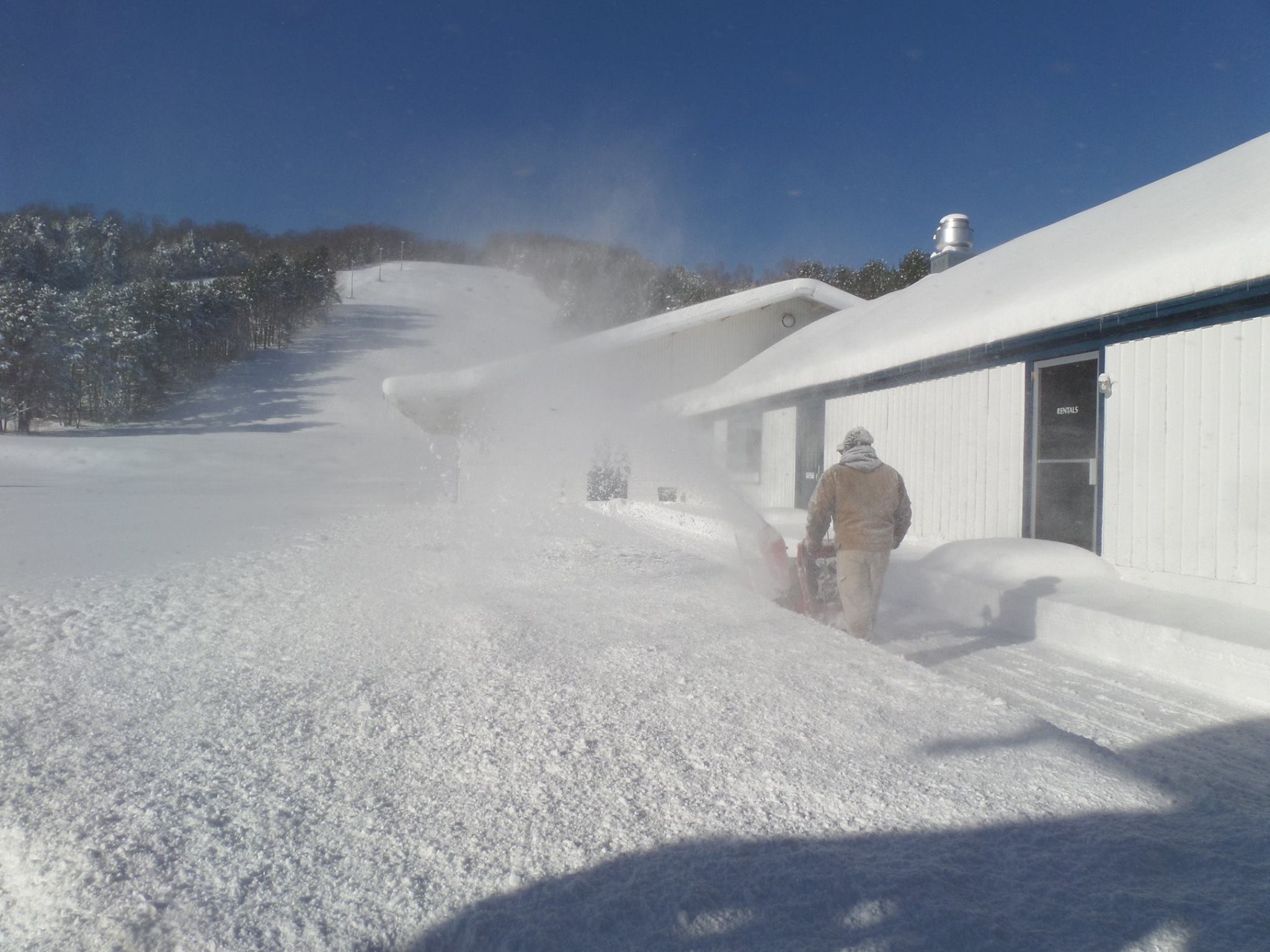 At 130 skiable acres, 22 trails, and 500 vertical feet, Snow Ridge is not exactly a behemoth, even by East Coast standards. But the little area is in the infamous Tug Hill region of New York–notorious for belching lake-affect storms–and has had record seasons of 374” of snow. While not buried under the feet of snow that hit central Buffalo, Snow Ridge got a solid 16”, and is anticipating a similar blast in the days to come. They’ll decide Friday afternoon if they’ll open for the weekend or not.

The Tug Hill Plateau is a remote and rural area of New York whose 2,000 foot elevation gain over nearby Lake Ontario produces an orographic lift that, when combined with the lake effect snows already barreling off Ontario’s east shore, dumps feet upon feet of snow on the plateau. Plenty has been hitting the area out of this most recent blast, although skiable terrain is pretty limited. However, the Meatheads Films crew has certainly been known to take advantage of the huge snows that fill in the many steep gorges littering the area. See 2:09 and 2:40 in the trailer for the Meathead’s 2007 film, Wanderland, above for evidence. 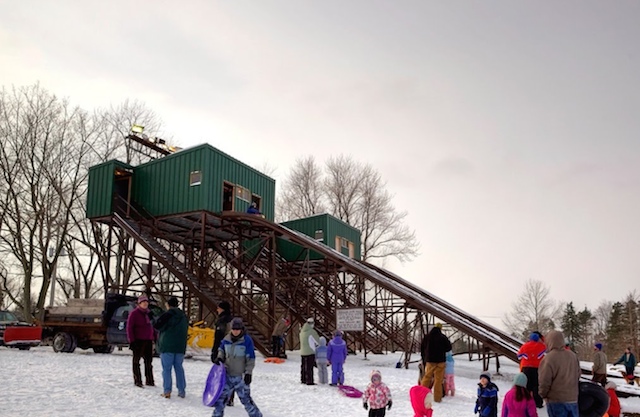 Overlooking the city of Buffalo, Chestnut Ridge Park contains a prime sledding hill with its own drop-in ramp for toboggans that could be utilized by local skiers and riders to gain some speed into the four to six feet of fresh waiting for them on the rest of the sledding hill.

The mighty Buffalo Bills' home stadium got slammed with 60 inches of snow this week with another 1-2 feet in the forecast. So far stadium operators have estimated there's 220,000 tons of snow resting on the stadium, and they're even looking to pay volunteers $10 an hour and offer gameday tickets to anyone willing to help shovel it all away in time for Sunday's game against the Jets. With a vertical drop of roughly 110 feet, Ralph Wilson might not make for sustained pow turns, but there's the potential for a serious cliff hucking session to go down off the upper deck. Area shredders will have to skin in to hit lines though, as Orchard Park is currently under a driving ban. 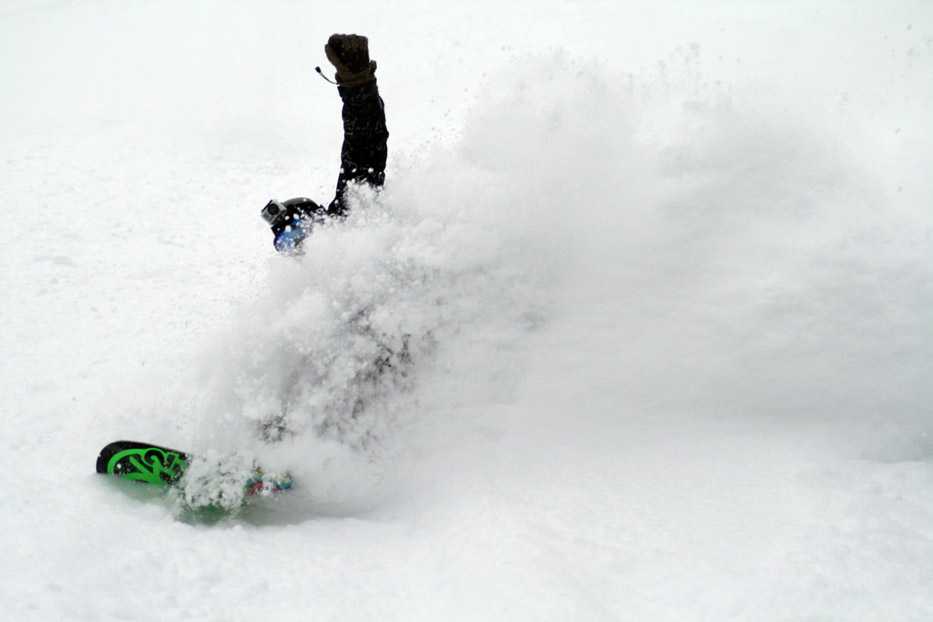 Already clocking in a season total of 86” (their average season total is just 204”), Indianhead Mountain in Michigan’s Upper Peninsula has gotten 77” of those in the last week alone. With a planned opening for the 28 th, you’d hope the steeper runs like Crazy Horse, Elkhorn, Hiawatha, and West Headwall will all be primed for day-one slaying. 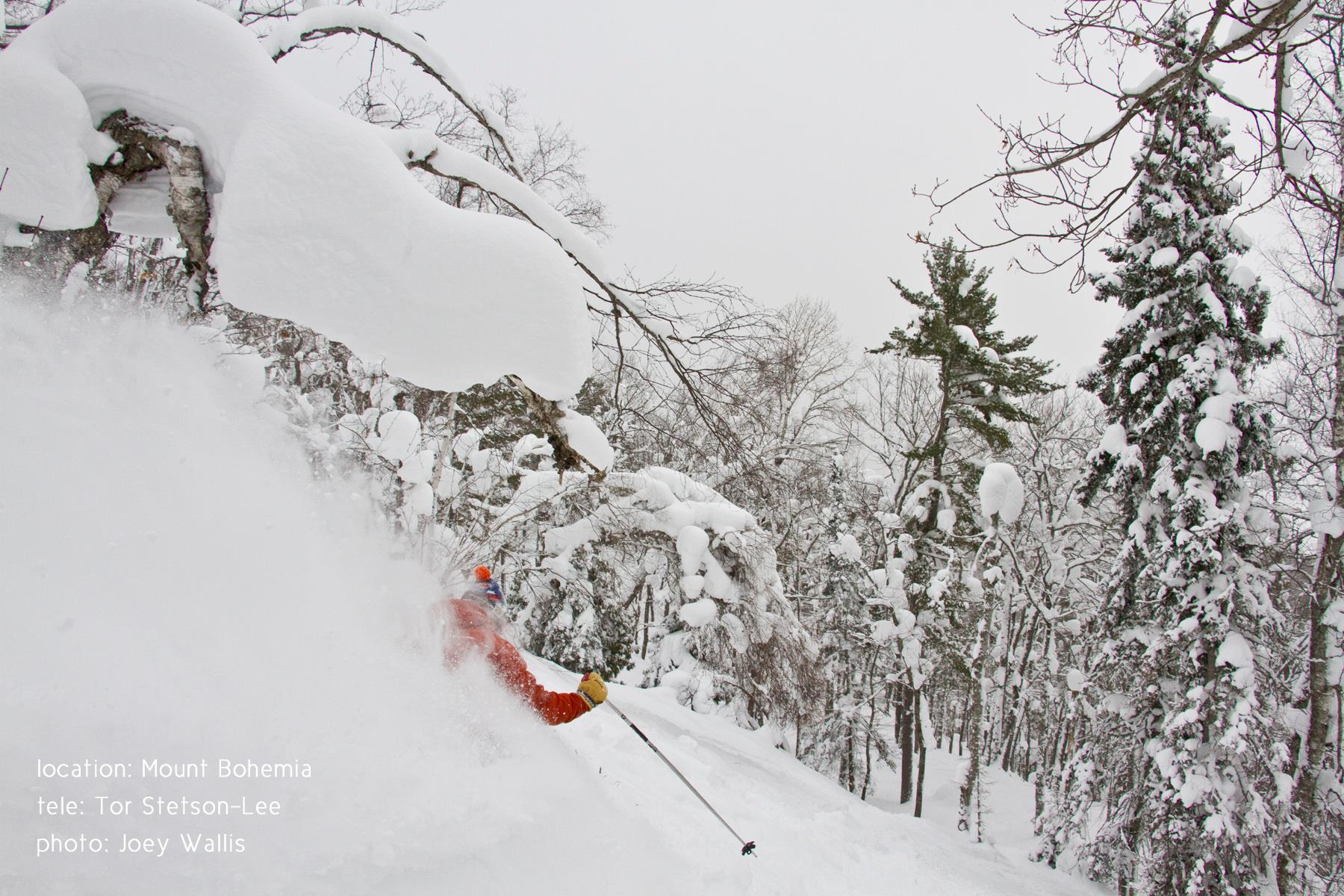 The legendary and understated headquarters of Midwest gnar, Mount Bohemia, similarly tucked up and away in the area’s most remote corner–Michigan’s Upper Peninsula–has been getting the lake effect goods as of late and another 6-10” are on the way before the weekend hits. If things keep up, Bohemia’s planning on opening Thanksgiving weekend. Rejoice!

The frigid winds pushing all this lake effect snow onto the mainland is also producing some “decent” swells, at least by Buffalo standards. While not exactly Jaws–judged either by wave size, water temp, or number of babes tanning on the beach–Sunset Bay, New York produced enough of a swell for Kevin and Christian to get shacked!

We'd also like to be sure and offer our support and thoughts to the people of Buffalo who are dealing with hell of a mess right now. Stay safe, stay strong Buffalo!