The Music That Gets Cam McCaul Pumped To Ride 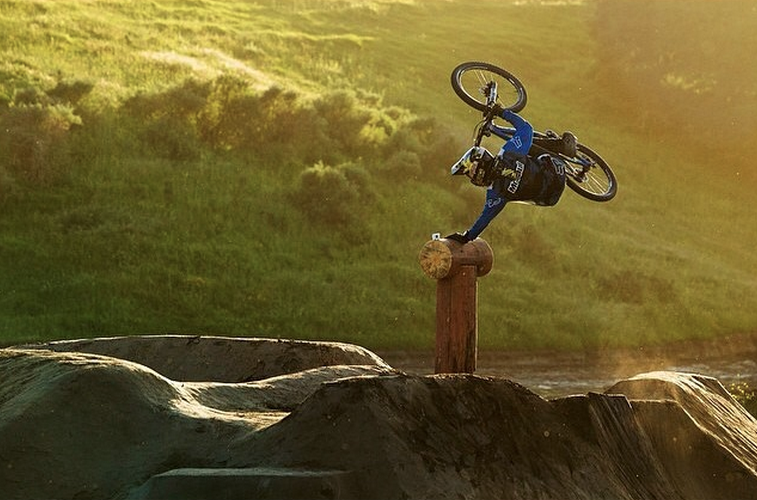 Bend-based mountain biker Cam McCaul can be seen in this summer in unReal, TGR's upcoming mountain bike film produced in collaboration with Anthill Films. When not ripping up the single track or dirt jumps, however, Cam spends much of his time playing and listening to music. We were able to talk with McCaul about his relationship with music and how playing helps his riding in this week's edition of Soundcheck.

What is your relationship with riding and music?

I have never been able to listen to music and ride, but I consider myself a musical person. It pumps me up as much as riding my bike. I love to both play and listen to it. I am obsessed with finding who inspired the artists that I love and will dig deeper to learn the entire story.

Who is your favorite musician? 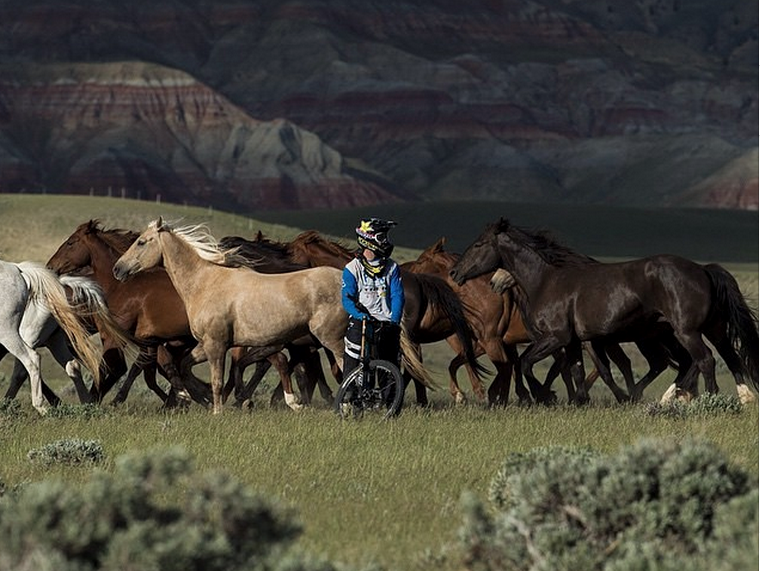 My favorite musician in general is Dave Grohl. I first got turned on to him through my cousins when Nirvana was big. I would go into their room, see their posters, and think "What is that?" The first time hearing the drum beat of Smells Like Teen Spirit, I knew that this was the sickest dude ever.

When he went on to start Foo Fighters, I was following every move he made. It is fun to look back and see what inspired him. When I was taking guitar lessons when I was young, I enjoyed the Beatles, but to find out that they a big inspiration to Nirvana was eye opening. I always think when people say they don’t like the Beatles they are wrong. If you don’t like them now, you will eventually.

You said you actually play music yourself? 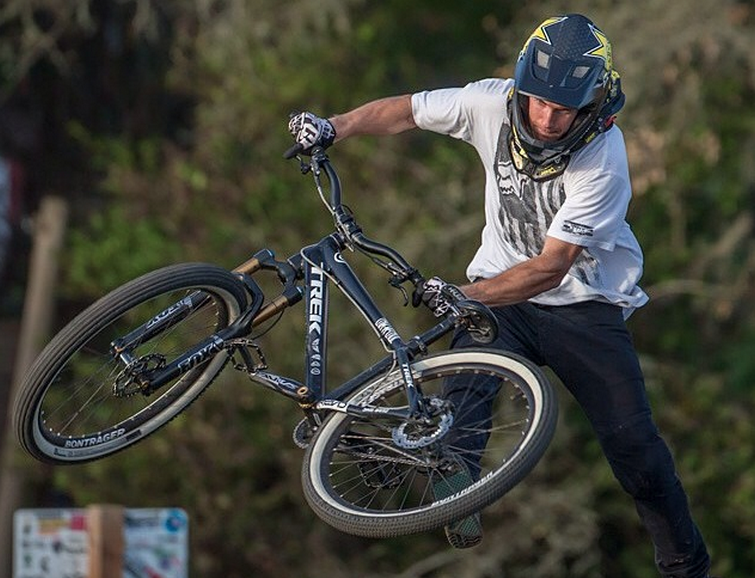 I got a guitar when I was 10 and started to figure out stuff out with my neighbor. In high school I started to take lessons. Then I got into playing drums, which I like more than guitar. The drums are a super primal way of feeling the music. That is all I am really interested in–when I listen to a song, I just want to be a part of it. Learning the drum parts is such a cool challenge, and when you can work yourself through it, even more so than playing guitar, I feel like you are really playing the music.

Is there any similarities between riding a bike and playing music?

I think it helps me keep a good balance, it is completely different than riding bikes and definitely helps with any stress. Guitar works for that as well, however, drums seems to do it the best for me. Another thing with drums is it really helps out with muscle memory. This is pretty important with biking, especially when you are trying to connect a bunch of moves on a slope style course or a certain trick that requires multiple steps and precision. Drumming is exactly like that; you have to do the right thing at the right time while thinking ahead to the next step. Drumming activates that part of your brain, but is a lot less consequential then bike riding. If you mess up a sequence of operations on your bike you crash, but with drumming you just sound bad. So it is a good little mental tool as well.

What is your favorite music to play? 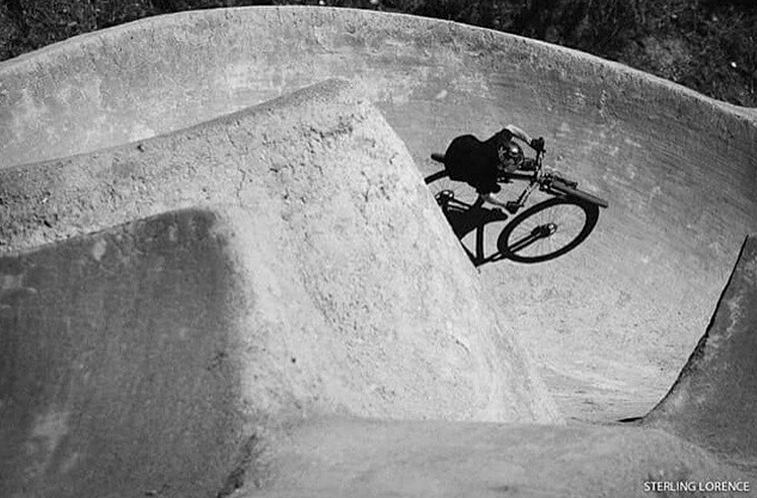 I like to try and play Dave Grohl. His drum parts are always really dynamic, cool, and fun. They are a lot simpler to play than it sounds, because it is just arranged very intelligently. You do not have to have to the fastest arms or feet in the world. You just have to put them together in the right way, and it makes a magic sound.

I feel like I can listen to a song and tell if he was the drummer on it. He is a drummer on so many different songs that I wouldn’t even think he would be. He has collaborated with a bunch of different bands drumming. If it is not him, then it was someone that was influenced by him, so I always try to learn those drum parts.

Describe the playlist you made.

I made a playlist that I would not need to roll the dice on shuffle. These are songs that I know I am going to be pumped when one fades out and the other comes in. A lot of times, I go for the deeper tracks on the albums, the ones that did not hit the charts or anything. I didn’t branch out too far with variation in band with this list. I just went with exactly what I would do if I wanted no stress in between songs worried that something is going to come on that I didn’t like.