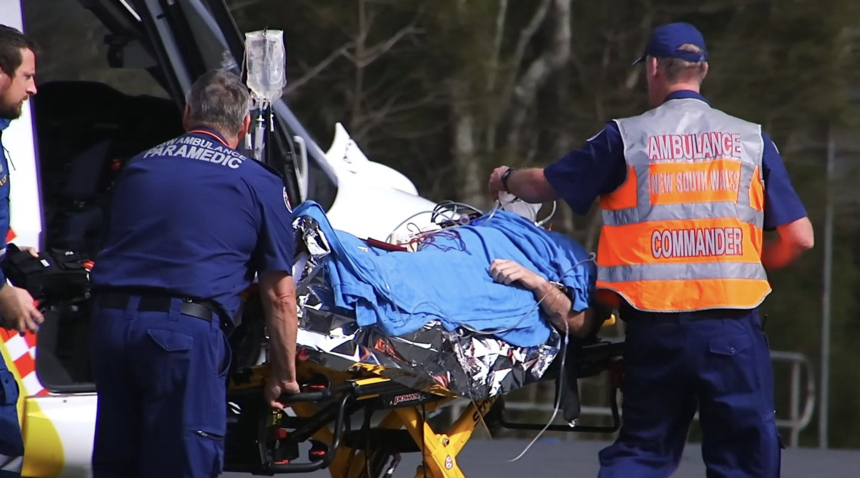 An Australian surfer was attacked by a shark while surfing early Sunday morning. Photo @9news.

A 36-year-old father of three was mauled by a shark over the weekend while surfing the New South Wales Mid North Coast in Australia. Joel "Sonny" Mason, who also goes by the nickname “Sharkbait”, decided to paddle out for a dawn patrol near Scotts Head Beach in Nambucca Heads when all of a sudden “he just…disappeared,” said close friend and onlooker Scott Boxswell. BeachGrit reported that the bleeding Mason then swam to a breakwall where he was received by an off-duty lifeguard who treated the wound by wrapping the surfers leash around his leg like a tourniquet to slow the bleeding and then used beach towels to cover the mauled leg. Mason was flown to a Newcastle hospital, but not before the helicopter made a mid-way emergency stop to pick up a necessary stash of blood.

Steve Fraser from Ambulance NSW noted that Mason was “extremely calm” and “stoic” and added that “he was helping us as much as he possibly could, an amazing young man." Mason was reported to be in a serious but stable condition. 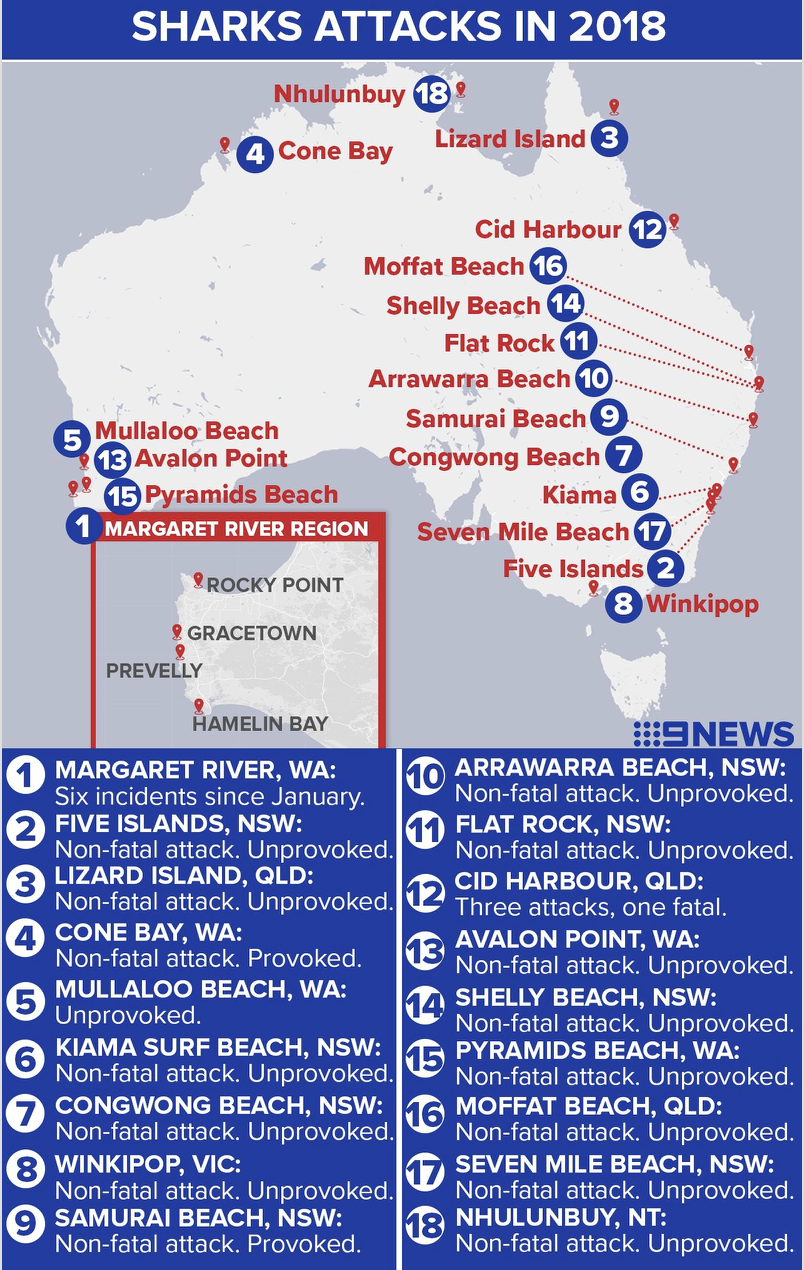 A @9news infographic on the shark attacks in 2018.

This is the ninth Australian shark attack in 71 days, and it brings up a serious and controversial debate over the calls by some to cull sharks in certain Australian waters. The NSW government is one of the states doing the most to prevent attacks, and a spokesperson for the Department of Primary Industries recently told 9News.com.au that in NSW there is a 5-year, $16 million plan that "includes drumlines, shark tagging, aerial surveillance, research funding, prevention equipment grants to community groups and social media sighting alerts.”