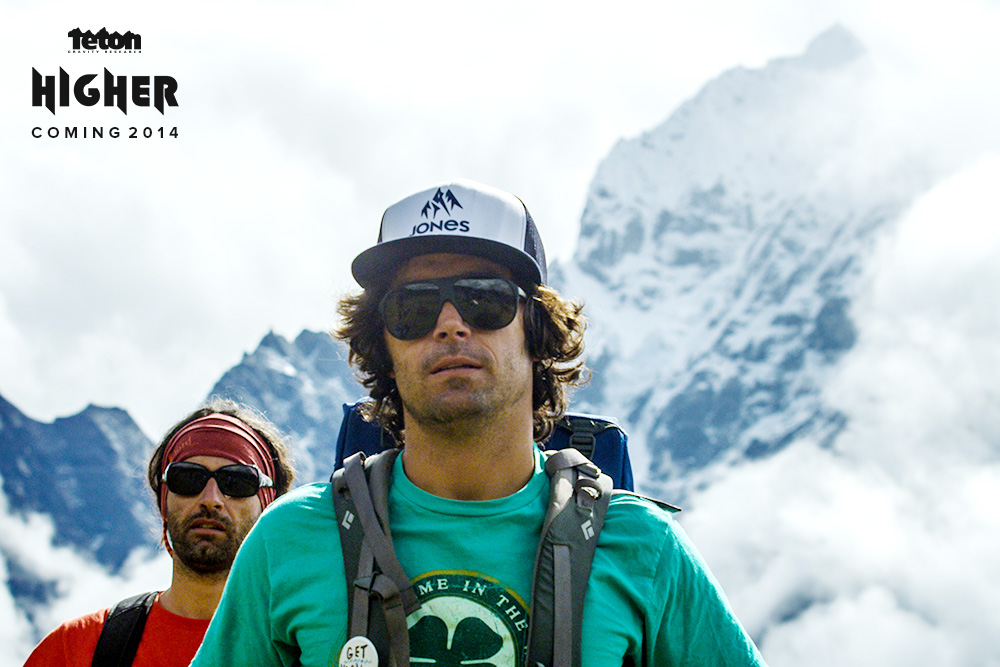 The Shangri-La Expedition was an expedition undertaken by TGR this fall to shoot snowboarding on one of the most unique spine walls in the world - deep in the Himalayas - for Jeremy Jones' Higher. To read Part I, 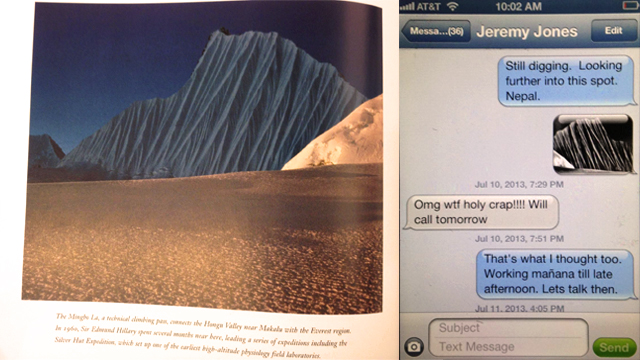 Chris sent a text to Jeremy Jones later that month with that original photo from the book, figuring the tight planning window would make the trip unrealistic. Jeremy’s ecstatic response – no doubt fueled by a lifelong dream of shredding the Himalaya - soon turned into total resolve, and less than two months later, the crew was off to Nepal to find a line that had only existed as a photo printed backwards in library book half a world away. 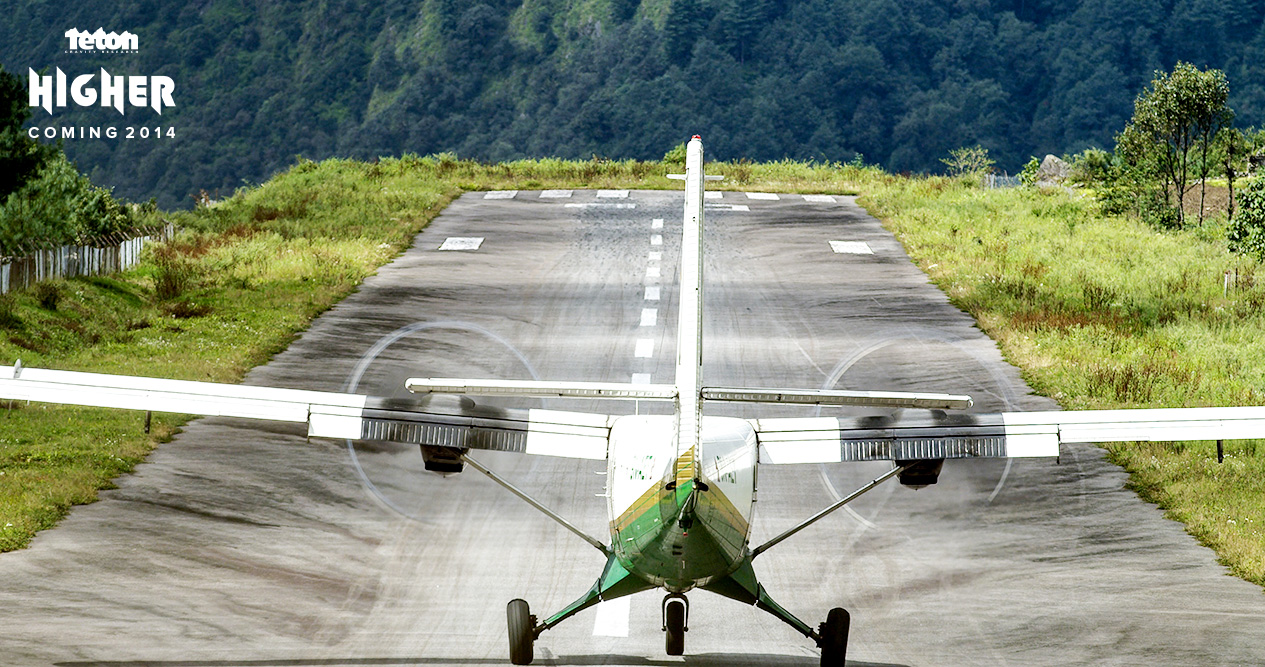 As the small prop plane ascended the foothills of the Himalayas en route to Lukla, Nick Kalisz still couldn’t believe he was living the dream that he first imagined while reading those coffee table books. After the takeoff from Kathmandu, clouds shrouded the surroundings, giving the crew only brief glimpses of rivers below and a ridgeline here and there before Lukla, the world’s most dangerous airport, appeared ahead of the plane. As the nose of the plane started to dive for the landing, the crew caught a quick glimpse of the airstrip. A 2,000 foot concrete strip had been paved literally into the side of a mountain, bookended by a sheer cliff on one end and dead-end mountain face on the other. The runway sloped uphill. As the small plane teetered above the deep valley, they were left with the impression that they were headed straight into this concrete wall. The nose of the plane pointed perpendicular to the slope of the runway. At the last second, the pilot yanked the joystick back, safely bringing the wheels of the tiny Sea Otter twin engine down to Earth.

Lukla marks the beginning of the popular trek to Everest base camp, but despite the amount of harrowing feats of alpinism that start in this mountain village, the TGR crew’s mission was met with skepticism, even resistance. When the owner of the local teahouse saw the crew’s cameras, she asked what they were doing in Nepal. When Nick told her they were there to snowboard, she gave a disappointing frown. “No one does that here,” she says. In all her time along this route into the Himalayas, she had never seen a snowboard make the journey. 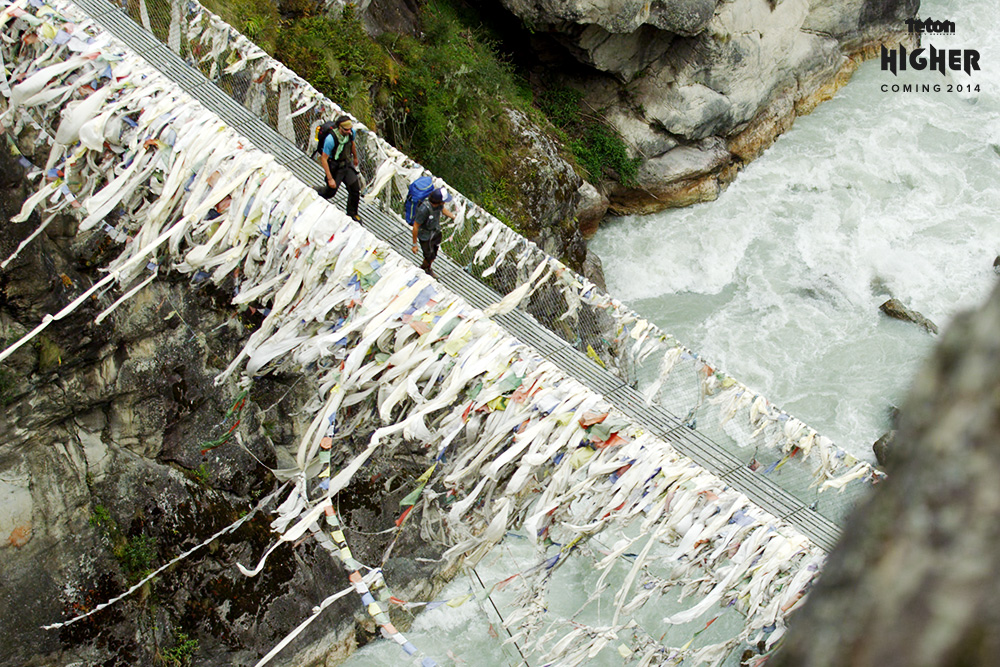 For most of the eleven-day trek up to base camp, the crew relied on the well-worn infrastructure of the path to Everest. Countless bridges spanned raging rivers and connected mountain ridges. The trails were built up far more than anything found in the States, with wild rock carvings, temples, and the omnipresent teahouse every few hours. Sherpas hauled the crew’s gear and food on ahead, hundreds of pounds worth per Sherpa, leaving Jeremy and Luca and the cinematographers more energy and time to take in the experience of the trek. The crew was still flying blind as far as expectations of snow and conditions were concerned, but at one teahouse, seated around a communal couch and sipping on local teas, a pair of Australian girls gave the crew word of snow at Everest base camp, located at 19,900 feet. With the crew’s objective at 20,400 feet, there was hope yet for rideable conditions on this mysterious pitch. 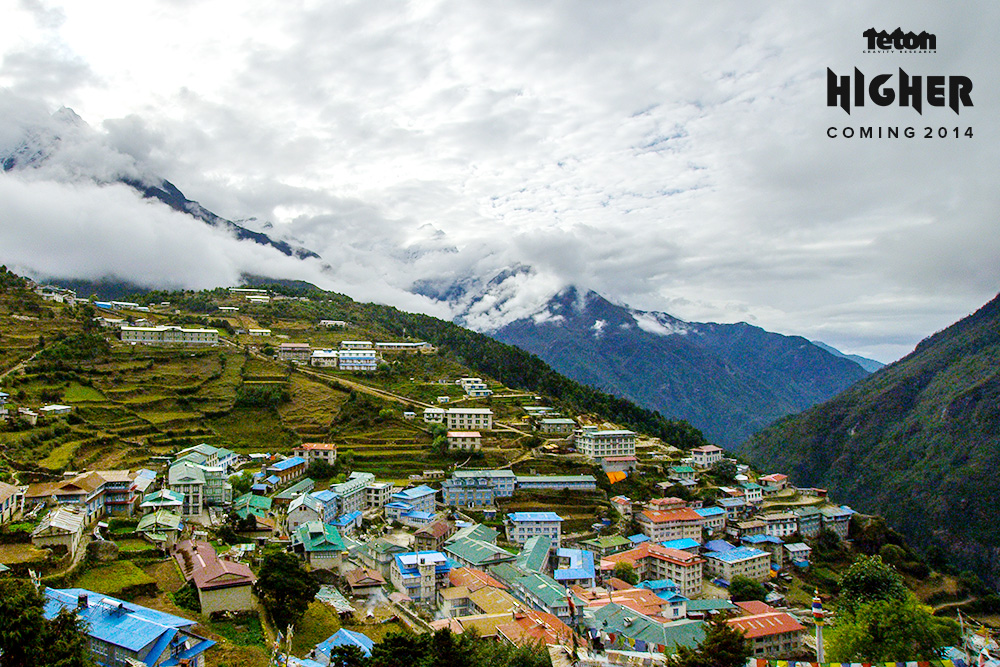 Closer to the objective, the crew arrived at Namche, a popular village along the trek to Everest. The dawn of the first morning was overwhelmed by a rich piney aroma, the product of the burning of local grasses as incense for the morning puja, or prayer. These villages were entirely supplied by yaks and Sherpas – the UPS of the Himalayas – and their simple lifestyle revolved around a self-reliance foreign to us Westerners. All day, people picked potatoes from the terraced hillsides and collected yak dung, which they pounded into paddies to serve as fuel for winter fires. As the crew acclimated and rested, its objective sat somewhere in the shifting clouds above. 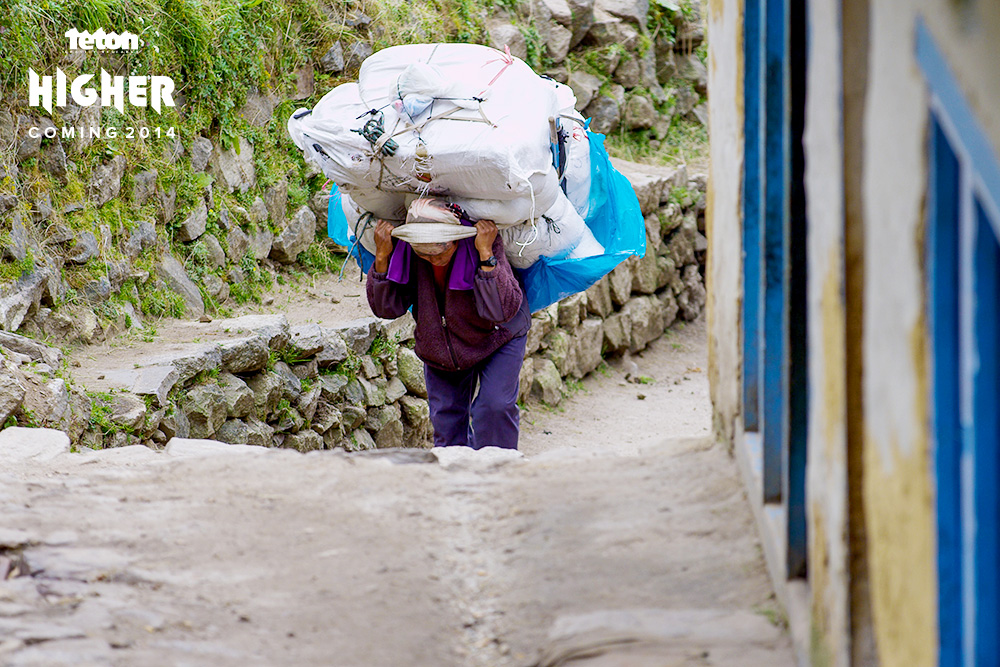 That flutey spine wall, sitting somewhere above them at over 20,000 feet, was still nothing more real than a photo in a text message to this crew. They were committed, but anxiety grew as they gained altitude. In a world full of data, this crew – Jeremy Jones, Luca Pandolfi, and filmmakers Nick Kalisz, Chris Figenshau, Matty ‘Moo’ Herriger, and Andrew Miller, along with their sherpas – still faced that rare old-world challenge of having no idea what they would experience until they kicked that first step into the base of the mountain.

The Shangri-La Expedition & TGR would like to thank their sponsors – Further - before the trailer for Higher drops on November 6th.