The Spirit of Whistler is Alive and Well 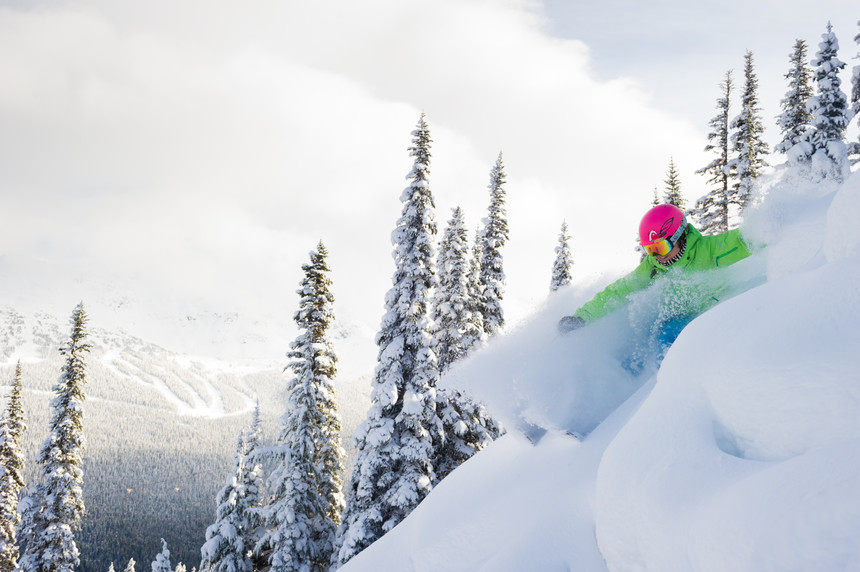 Search the annals of history for idioms about change, and you’ll find plenty, from it being the only constant to the surety that it’s “gonna come,” as sung by the indelible Sam Cooke. But history also tells us human beings are universally resistant to change. So when something as beloved as our favorite ski hill gets sold, it’s no surprise that’s scary. Especially if your town’s identity is as interwoven with it as Whistler’s is.

A little over a year ago, Vail Resorts bought Whistler Blackcomb, which caused some stir among locals. But for those who had been around the longest, it was just one more nuance to roll with in the continued pursuit of the good life, which has never come free.

Take Mike Douglas, the “godfather of freeskiing,” who first arrived in September of 1988, spending two days sleeping in his Honda Civic while he searched for accommodations. There were only six rooms for rent in the entire town, which was already buzzing back then. By the skin of his teeth, he landed a fluke seventh option, and over the next three decades he plowed on to establish himself as a lynchpin of his adopted community. Now, he says the true fabric of the place has never been about who owns the resort.

“One of the benefits is you get people here that really want to be here. I came for the skiing and I came for the mountains, but what keeps me here is the people. There’s an open-mindedness and a kind of why-not attitude. Like, let’s dream up some crazy ideas and let’s do them. I’ve always been a bit of a dreamer, so for me it was a breath of fresh air, and worth going through all that,” Douglas says. 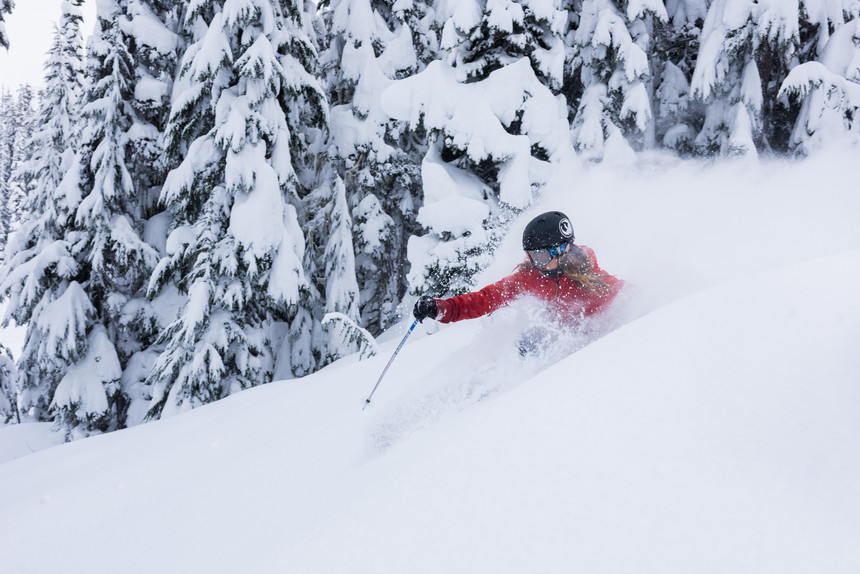 For anybody who doesn’t know, after landing in Whistler, Douglas went on to reimagine freestyle skiing with a band of French Canadian youth he coached on the Blackcomb Glacier, birthing the freeski movement. Then he helped reshape modern ski movies through narrative storytelling with his company, Switchback Entertainment. He gives big credit to Whistler’s irrepressible dynamism and its tribe of like-minded game changers. But before any of that happened, he just wanted to ski.

“The terrain in Whistler was just so much bigger than anything I’d seen anywhere else,” he remembers. “I was just like, ‘This is where I want to be.’”

And to this day it still is. Douglas says each generation has faced different challenges with housing, affordability and competition, but competition puts people at their best. That’s why the gravity of Whistler persists, and that’s why the best remain there. There’s still skiing from November through May—and in the summer it continues on the glaciers. There’s still a walloping 38 feet of annual snowfall that glues itself to steep terrain unlike anywhere south of Alaska. And the mountains are still laced with the same iconic features they were 30 years ago: Spanky’s Ladder, Chainsaw Ridge, Blackcomb’s Wind Lip, the infamous Air Jordan double drop, and Blackcomb’s seminal park and pipe.

“The mountains I would say are generally busier than they used to be,” Douglas admits. “But you can still find your place. You know, it’s big—8,000-plus acres of terrain. So if you’re not finding something, you’re not looking hard enough.” Plus, he adds, the glaciated backcountry in the Spearhead Range is massive (if you’ve got your avalanche training). He still runs into friends he made back in 1988 in his local stashes and around the village. 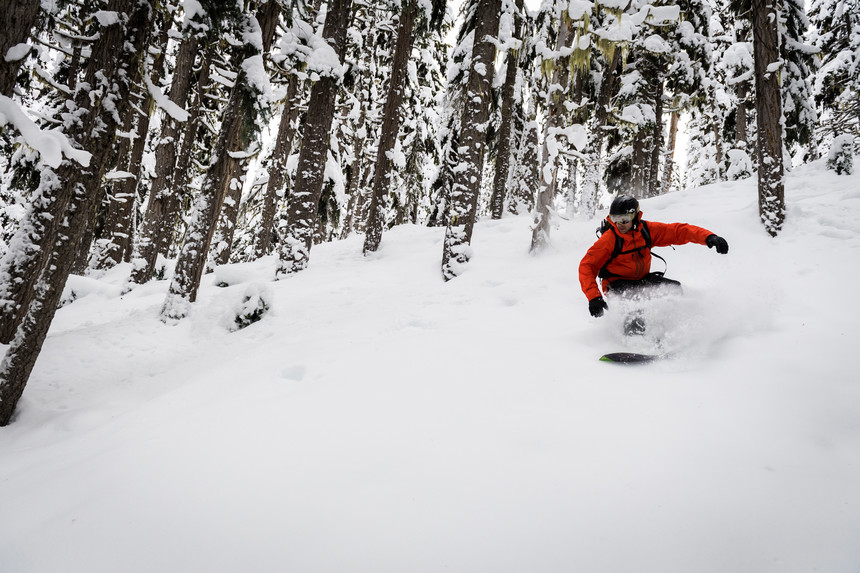 Whistler gets even bigger when you hit the backcountry accessible from the mountain. Mike Crane photo.

“Whistler Blackcomb was a huge corporation before the sale. It’s not like we went from mom-and-pop to big corporate,” Douglas says. “The attitude and the energy that flows through this town are the same. One of the things that Whistler’s done a really good job of is keeping youth and real people in the community. There’s a mandate with the council here that they want to make sure 75 percent of the work force lives in Whistler. And they’ve been successful with that. It gives this place an authenticity. We’ve got a lot of really good people who understand what makes the heart of this place beat, and work to maintain that.”

What Whistler has created through generations of working to keep it real are museums, festivals, arts programming, world-class events, jobs, careers, young people, international people, gender balance, diversity, music, athletic programs and a perpetual-motion machine that continually heightens the level of everything. That social matrix is bigger than the resort, and has also led to unique social innovations. Among them is the Whistler Housing Authority, a body that provides an inventory of price-controlled accommodations (either for renting or buying) to people who work in in town. With Western Canada becoming one of the biggest property bubbles in the world, many are now looking to Whistler for solutions, since they faced these problems decades ago. Cast Whistler’s contemporary mountain culture against any other Canadian ski town, and it eclipses it hands-down.

“With the population and diversity we have,” Douglas says, “the heart of Whistler will always be strong.” 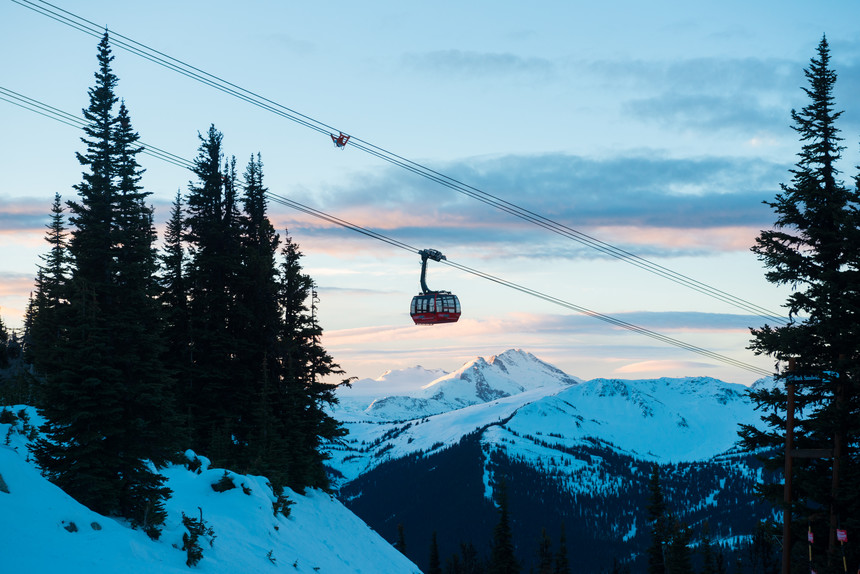