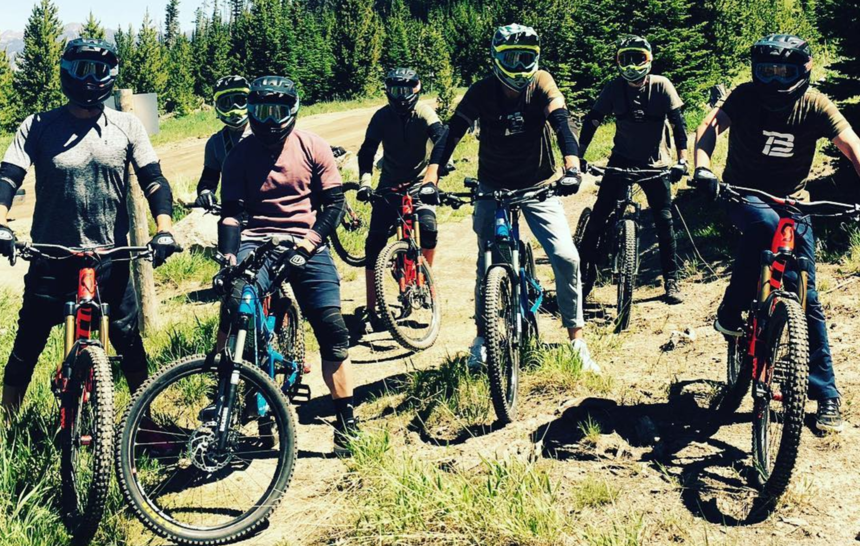 It's no secret that Tom Brady loves his mountain retreat at the Yellowstone Club. He has long been reported spending time there in the off-season, doing anything from exclusive interviews after the Super Bowl or shredding up the slopes during the offseason. 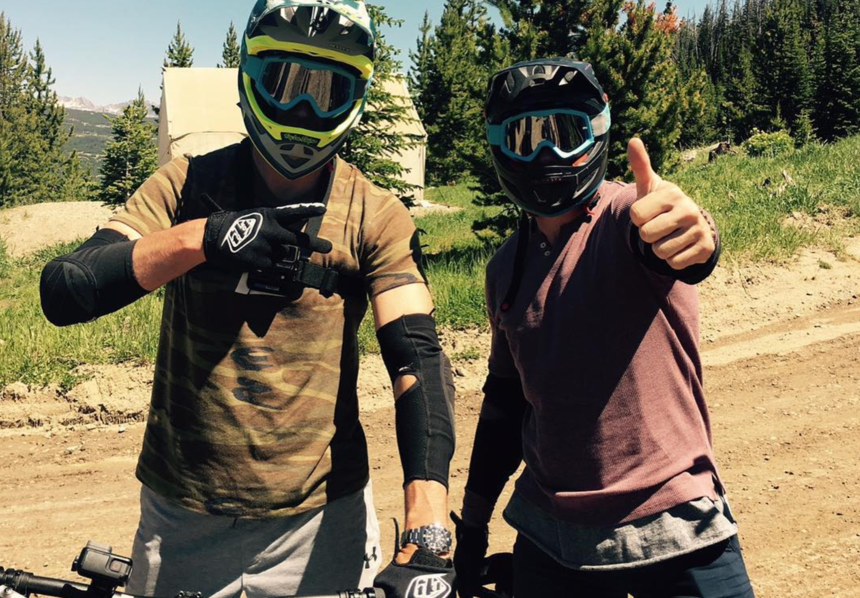 Last year he sent all Patriot fans into a panic when he posted a video of himself double-ejecting off a ski jump. Today he scared the entire New England fan base again with a group photo showing the five-time Super Bowl Champion with a mountain bike and matching full face helmet. The quarterback was riding with a crew that included wide receivers Julian Edelman and Danny Amendola, his business manager Ben Rawitz, and filmmaker Gotham Chopra. 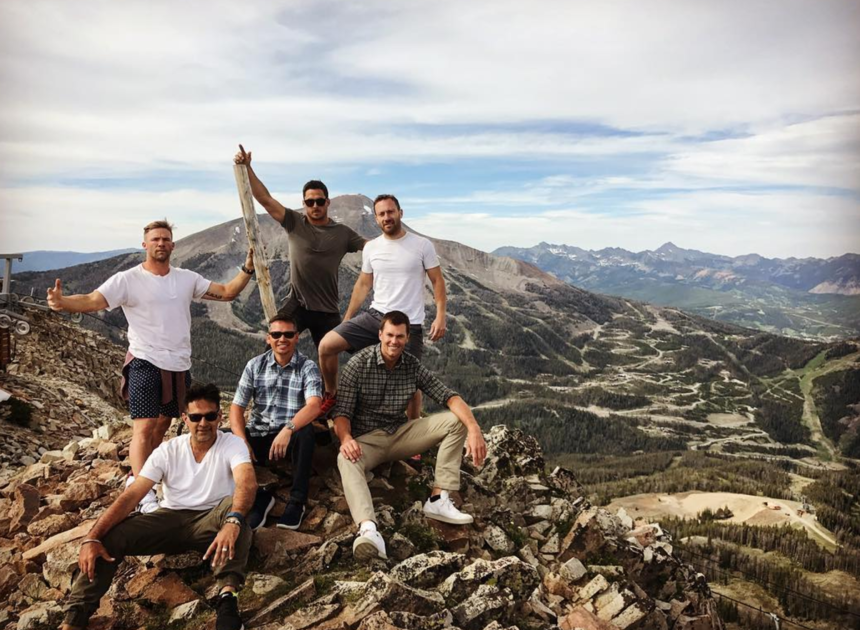 The Brady posse at the Yellowstone Club. Ben Rawitz Instagram.

The trip is not all playing around in the mountains. Edelman posted a video of him running routes on a custom field at Brady's Yellowstone estate. Speaking as a Patriot fan, I hope that Brady stays safe on the bike and continues his football dominance well into his forties.