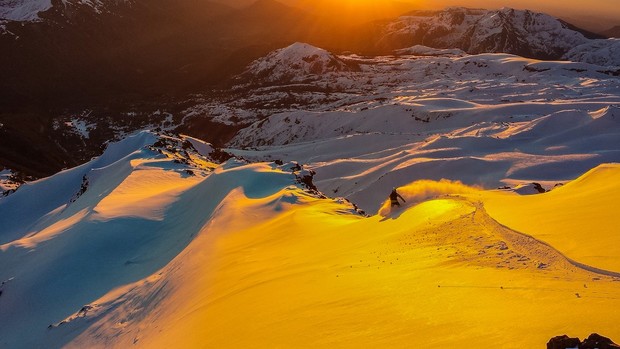 For better or worse, there's not a lot of beta about splitboarding in Chile. You can't exactly drop by REI, grab a Nat Geo topo map, check the avy report, rent a truck with your gear, and roll out. You can go explore an area, but it will be fully self-supported, without any route information or avalanche forecast.

Most of the guides services remain predominantly skier-focused, meaning they have no understanding of your equipment, your transitions, and your line. (Think about skier traverses versus our traverses).

In the search for beta about where to earn your turns, we touched base with Ian Gil, owner and head splitboard guide of Steep-N-Deep South America Powder Tours, the only splitboarding guide service in Chile. The native Chilean gives customized tours to backcountry snowboarders seeking the goods. We picked his brain about the best splitboarding zones in Chile, and he gave up his top five list. Here's what he had to share. 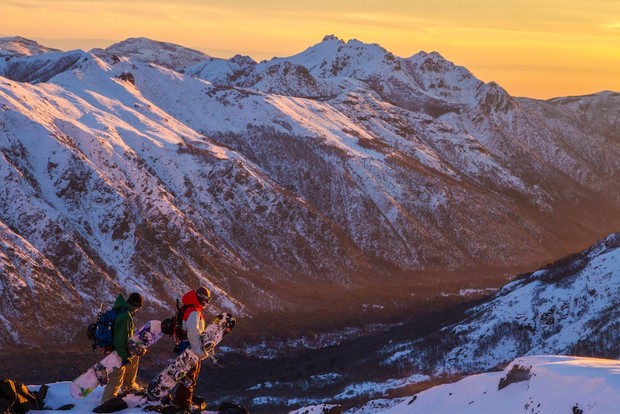 This no-frills ski area in Las Trancas gets hammered with snow. Its deep, wet snowpack has made it the go-to spot for freeride snowboarders. As part of Nevado de Chillán's developing freeride program, you have to register as backcountry user and show ski patrol your working beacon, shovel, and probe before you can go out-of-bounds. You can buy a one-ride lift ticket and then drop into the nearly limitless terrain. However, know in advance that many of lifts close due to the wind and incorporate a back-up plan that doesn't include relying on them.

Gil says, "You can do anything there. You can do a week of camping, or skin two and a half hours to big terrain. You can split to the crater at the top. The big difference is that it's a much lower mountain. It's like Baker. You have a huge variety of snow: wet snow, dry snow, everything in between, a shit-ton of wind. Which is all a recipe for disaster."

He calls it the most dangerous place in Chile for avalanches.

"All locals wear beacons all the time," Gil adds. "It doesn't matter if it hasn't snowed in three weeks. There's a lot of wind loading. Even when it breaks small, if you're in its path, you can get fucked up. I've seen avys two weeks after it snowed. I was taught when I first got there, always wear a beacon inbounds." 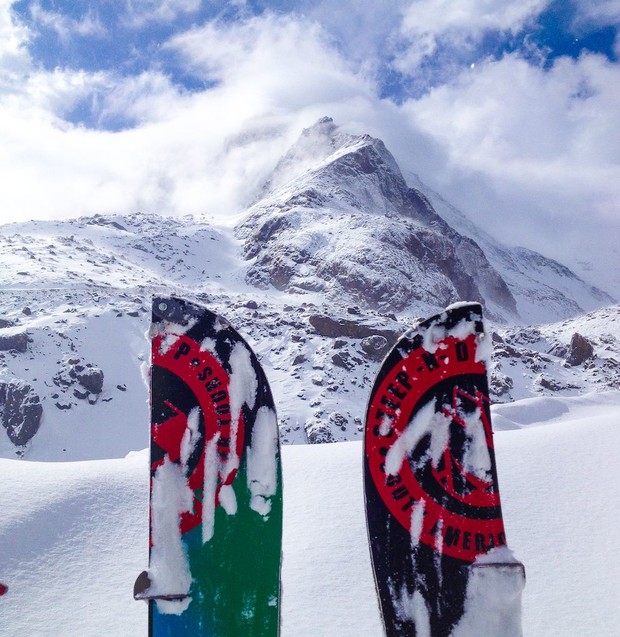 Want no maps, no people, and a whole lotta hiking? Cajón del Maipo, about two and a half hours southeast of Santiago, is your destination. The high-altitude canyon is what Gil calls the "splitboard mecca of Chile," full of couloirs, steeps, cliffs, and bowls.

Fair warning: this zone is very avalanche-prone. Between heavy snowfall, high winds, and rocks, some of the natural slide paths will rip huge as soon as temperatures warm up.

If you can, go sooner rather than later. There are developing plans to build a hydroelectric pipeline from the canyon to Santiago. 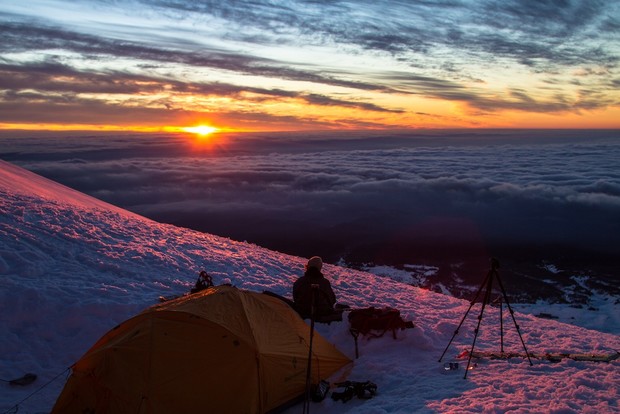 The most heavily climbed and most active volcano in Chile, located in Pucón, is Gil's go-to beginner splitboarding trip. It's a grueling five-hour climb to a 5,000-foot descent.

"There are three zones on the mountain that make you want to cry," he says. "I renamed this area, Wall of Despair, because you're zigzagging for an hour and a half. Then you get to the top of it and see Aconcagua (elevation 22,841 feet)."

Gil points out that the snowpack on Villarrica is very stable. But he also says, "If you set off an avalanche there, you're fucked. It's a cone. It's so rare though. I haven't seen a slide there in 8 years or something. I try to climb when there's no wind."

Most splitboarders come for the resort's most famous descent, La Chiminea, a tight, steep chute you can see from almost anywhere in Farellones.

"When [conditions in La Chiminea] are shitty, people have died in it," Gil warns. "You need to be an intermediate rider or better."

Still, the backcountry around Farellones is relatively stable, Gil points out, and La Parva sees more avalanche control than probably any other area in Chile. 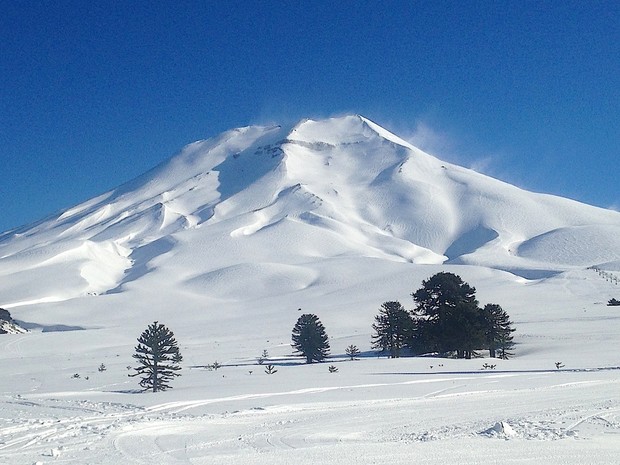 Outside of Curacautín, Corralco has amazing terrain that its mostly wealthy, foreign tourists do not ride. This south-central Chilean volcano has a few lifts that provide access to flat groomers on the lower mountain.

A single surface lift lets you access the upper mountain, where you can hike to the summit.

"[Corralco] didn't have that top lift until recently," Gil explains. "You used to have to splitboard to the top. It was a four-hour climb. Once it took us six hours because there were 100-mph winds."

To ride off Corralco's summit, consider crampons and ice axes. This wind-affected, sun-baked volcano can have really firm conditions. Once you're at the top though, you have a 360-degree choice of descents.