Kilian Jornet is a freakish athlete. His accomplishments are too numerous for a quick list, but an abbreviated list might include his seemingly countless ultra-marathon victories, his world-record pace ascents and descents of Everest, Denali, Mont Blanc, and the Matterhorn, and his 24-hour uphill skiing record. The man pushes boundaries wherever he can find them, so this recent accomplishment seems just about par for the course.

Salomon TV just dropped the above video documenting his first ski descent of Norway's Troll Wall. The demanding route was a culmination of Kilian's progression towards becoming one of the world's best steep skiers, requiring him to ski 5600 vertical feet averaging 55 to 60 degrees. 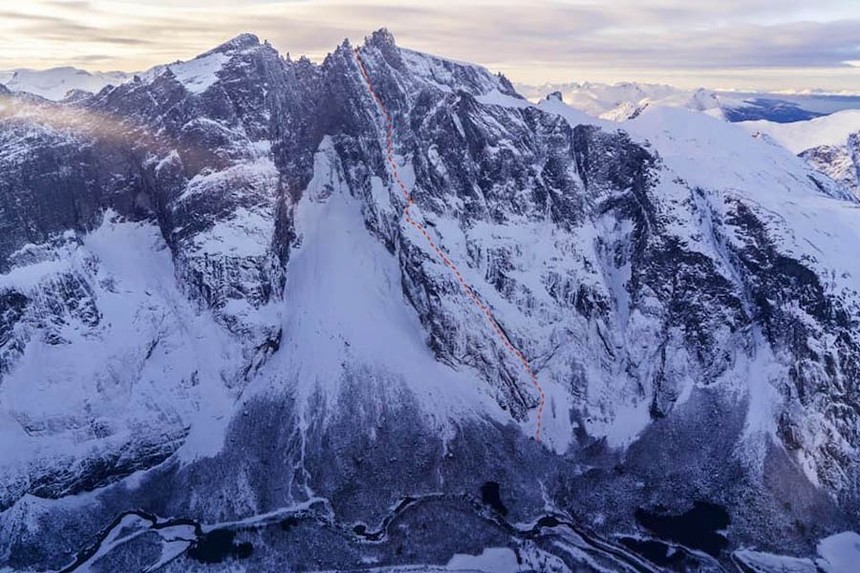 Of the experience, Jornet had this to say:

"On 17th February 2018 I went to inspect the route. However, I realized at once that the conditions were very favourable. In steep skiing the conditions aren’t ever perfect, so I realised that I had to try it no matter what. It was a very interesting yet demanding experience. The upper section is perhaps the most complicated, as they are probably the most vertical 200 meters that I have ever skied. Following that, there was quite a narrow couloir of 400 meters and then 100 meters of more skiable sections, but which were very icy and steep in parts. It’s a very exposed route where you have to fully concentrate, but in the end the result was very satisfactory."

What's next for the Spaniard? Hard to say considering his diverse skillset, but smart money says that it'll be absolutely nuts.