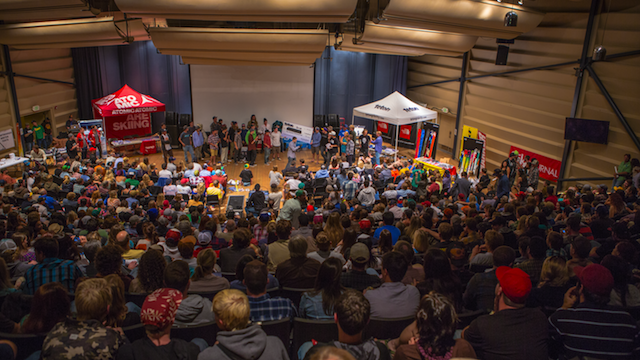 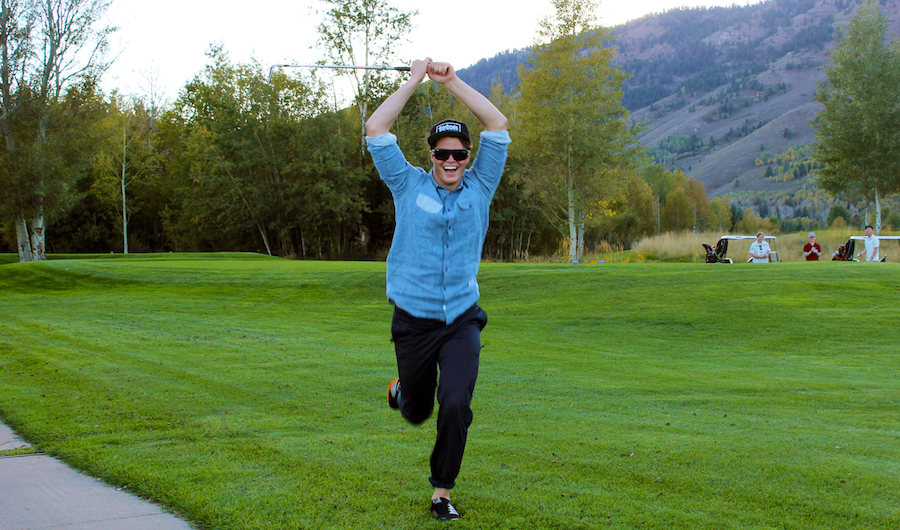 "The most exciting part was seeing the whole film come together—watching the movie, hanging with the other athletes and especially hanging with the production side of the crew because they're the ones that make it happen. This has been a really cool premiere because every athlete that's in the movie is in Jackson, so we all get to hang out and have a good time. That's what it's really all about—the celebration. Also, I was so excited to see the fireworks show play out that Todd Jones choreographed at Fantasy Camps. I've never seen someone get so excited for a scene—it was unreal to see it on the big screen." - Tim Durtschi 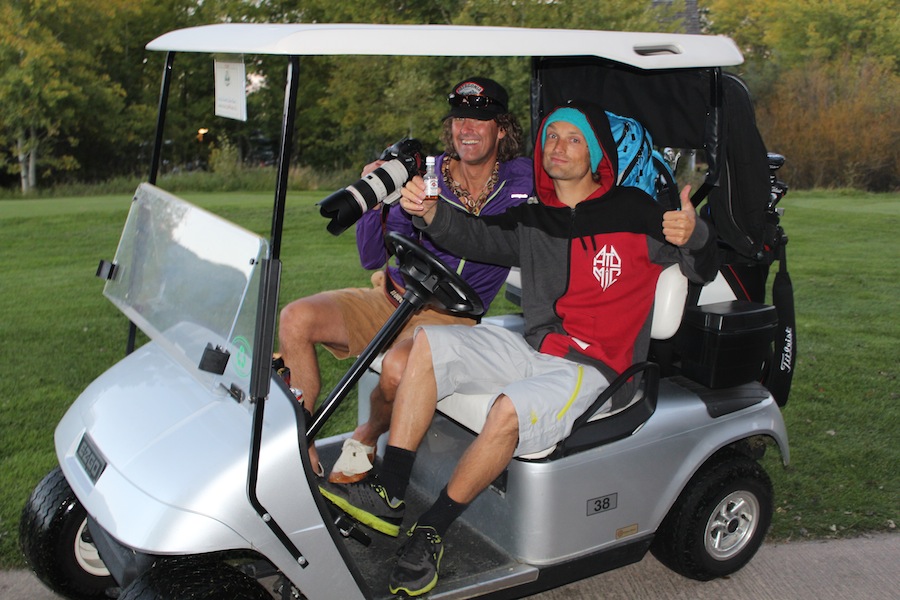 "Griffin Post had the best speech at the family dinner because it was very well executed. It was like he was writing an article and it was freaking funny. You can just tell he knows what he's doing. I also really liked Ligare's speech. Those were two great moments from premiere week, but the whole thing has been a blast. - Dana Flahr 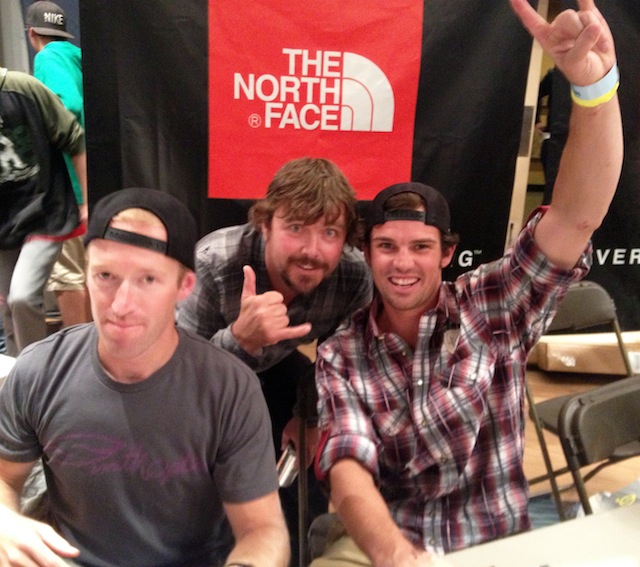 "I'm most excited for all the athletes who are all here. They all worked their tails off for this thing, so to see them come and interact with the fans and for them to see the entire movie and how it's all come together is a really cool thing. Also, I'm excited for all of our sponsors and partners who supported the whole project. And most importantly, for all the fans. None of us has anything without them, so it's awesome to hear them screaming and yelling for the film. It makes all the hard work so worth it." - Todd Jones 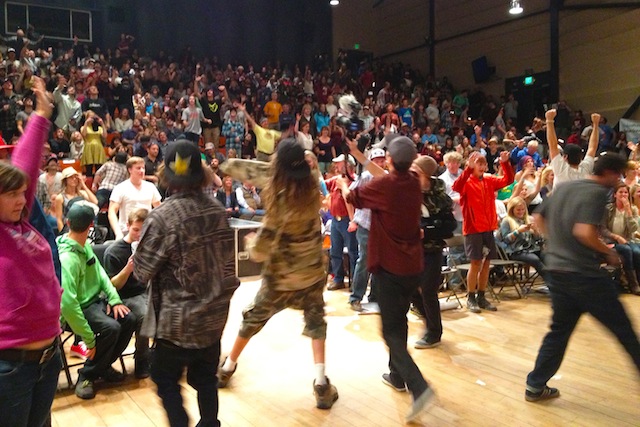 "I was most excited to see Durtschi's part. I filmed with him a couple different times this year, and he was just skiing so well this season, so I was really excited to see how his segment turned out. But everything from this weekend has been amazing—truly an awesome experience." - Angel Collinson 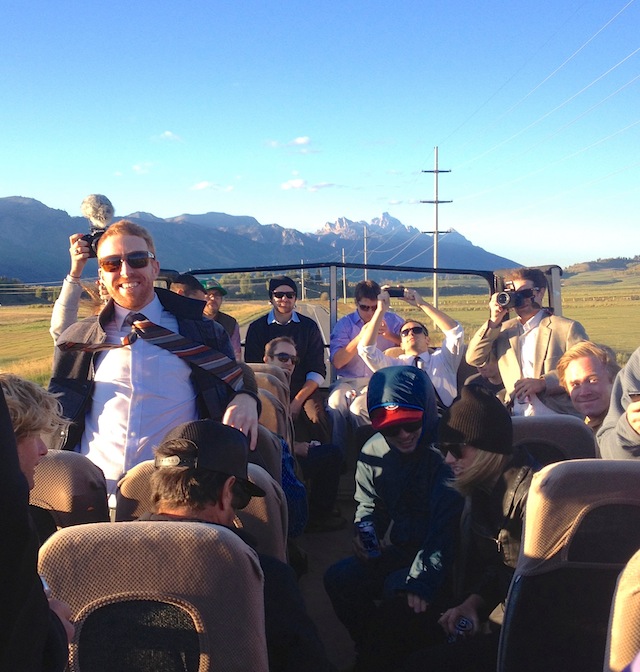 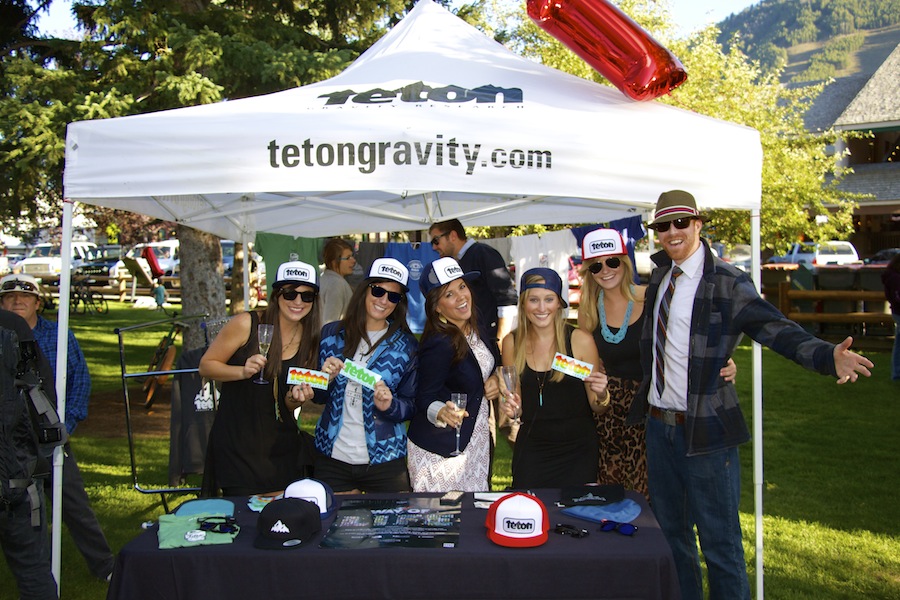 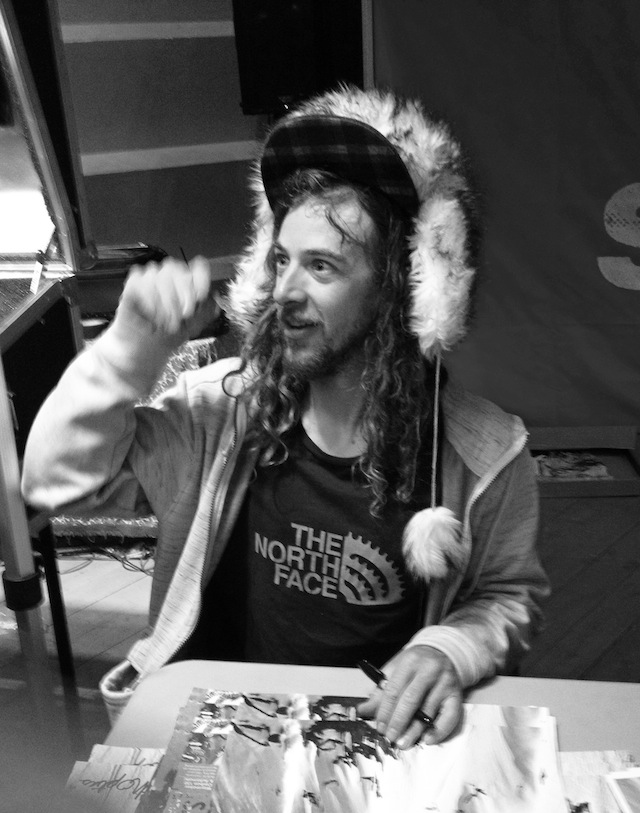 "Steve senior (Steve Jones Sr.) had a great speech at the family dinner. It was well articulated and gave a cool glimpse into a father being proud of his sons' hard work. It was a rare opportunity to hear a heart-felt story about the early TGR years. It made me realize that I've been in like three quarters of the films, so I've been a part of things for kind of awhile, and it's been awesome. All the camaraderie and hang out sessions at the premiere have been great. This is one of the only times that the crew is all together. With a force this big, all together in one space—that's been the ultimate thing for me." - Sage Cattabriga-Alosa 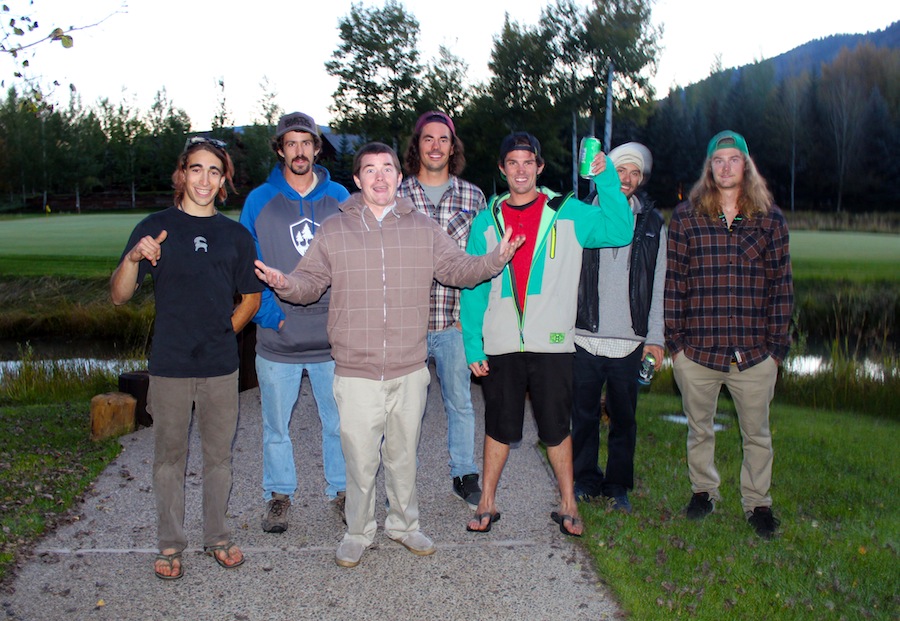 "It was just amazing, having the top 5 Co-Lab athletes in the mix on premiere weekend. They fit right into the TGR family, and even though most of them should stick to skiing over golf, it was the highlight of my weekend bringing them into the mix and seeing how stoked everyone was that they came down." - Pat Focke, Mr. Co-Lab 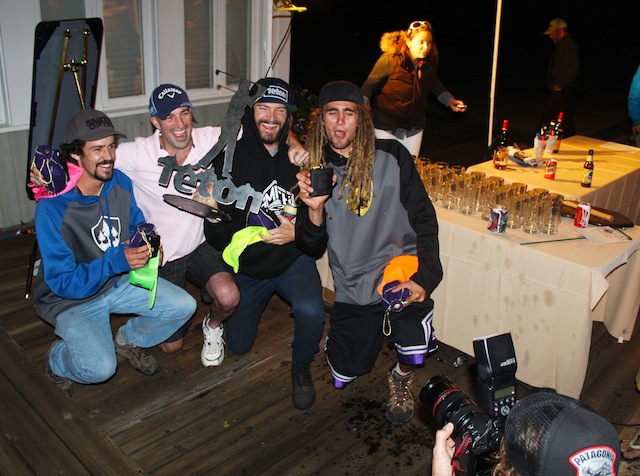 "To see the final film and all the hard work that went into it was amazing. Also, a highlight has been just the camaraderie of getting everyone together in the same spot, having some cold ones and celebrating this success." - Todd Ligare 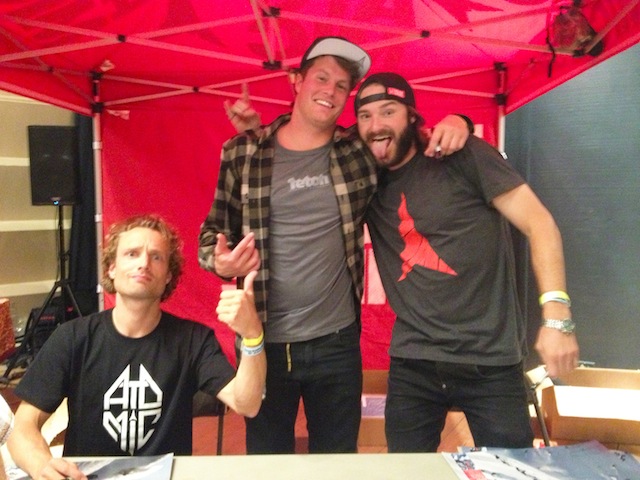 "My speech was the best obviously, if that's what everyone said. But the toasts are always one of my favorite moments. When Todd and Steve and Ian got up there to speak, it was like, I really love this TGR family and love what I do. It's great to hear people speak from their heart about working on the film. I thoroughly embarrassed myself during mine, so that was accomplished. But in terms of the film, I was most excited to see the Alaska segment, because it was such an epic undertaking and talking to guys like Sage who have been going up there for the past ten years and to hear it was the best they've ever gotten there-- I couldn't wait to see it." - Griffin Post 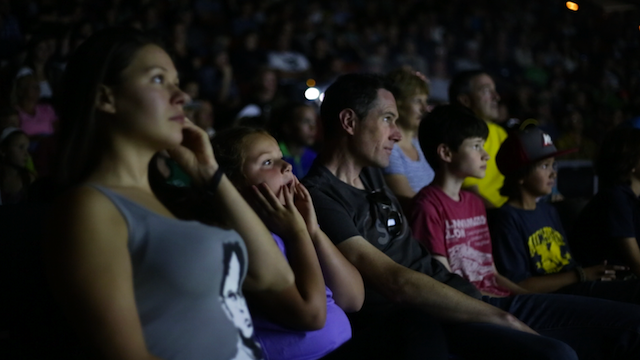 "There's something really special about ‘the big screen.’ Having worked on the movie, I've of course seen it many times before the premiere. I know what happens, when it happens, how it happens, etc. But, seeing it on the big screen was like seeing it for the first time all over again. That's what makes going to the movies so exciting. It's not just what you're seeing that matters, it's how you're seeing. That shared, group experience is something special that you can't get anywhere else. It's the people I was able to spend the weekend with. My friends, my family, my coworkers, the athletes, the community, and so on. The whole idea behind 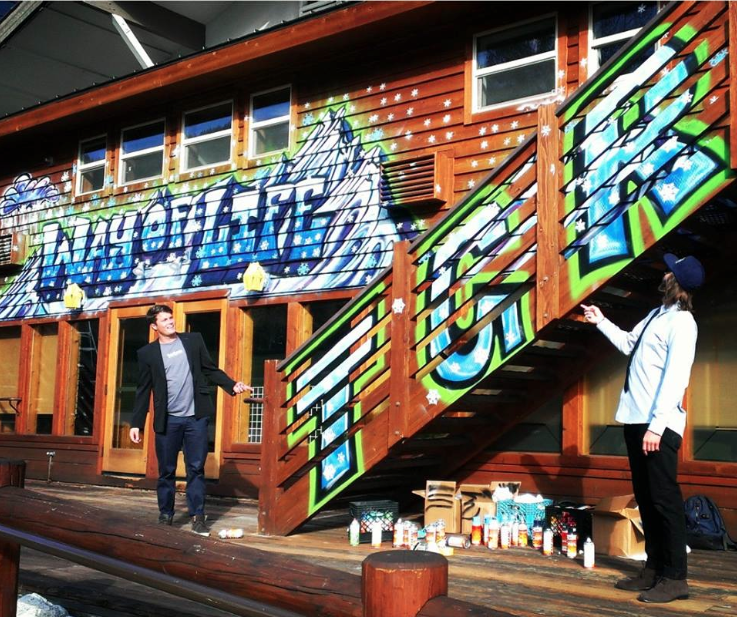 Huge thanks to artist Erin Ashlee for her Way Of Life mural outside the old TGR offices in Teton Village.

Miss out on the fun from the Jackson Premiere? Bummer, but you can still catch the film in a city near you soon. Head here for a full list of Way Of Life premiere stops and head here to order your copy of the film.