A key to happiness resides in finding your balance, and it's not as easy as it seems. Everyone has different levels of how much work, relaxation and adventure they need in their lives. We also sometimes need time to figure it out.

In Theo van Zyl's case, he needed a little more time on his skis than the average 9 to 5 job could offer.

Theo, 27, didn’t start skiing before he could walk like most skiers living in big mountain areas. He was born and raised in Pretoria, South Africa, far away from any ski culture. At the age of 11, Theo and his family moved to Southern Ontario and he started snowboarding during his teens. Then, his focus was on completing college. His drive to turn his forestry diploma into a degree then took him west for the first time. During his degree he started teaching snowboarding part time at Rabbit Hill near Edmonton, Alberta. There was just not enough working hours in teaching snowboarding “so the resort I worked at taught me to ski and to teach skiing. The realization that this is what I wanted to do with my life came from a period probably in February that year. The only days I was excited to start my day and woke up with a smile and motivated were the days I had to go to work. The other days the first thoughts I had when opening my eyes were profanities. That's when I knew that this happiness needed to continue.” 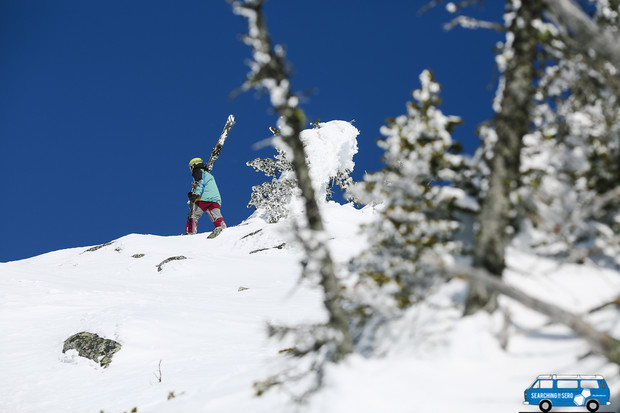 Theo quickly turned his winters into full time teaching and skiing. As a relatively new skier there was a lot to master. “I truly love pushing myself and going where my mind and body takes me, like zipping through new trees, hitting my favourite run and drops”. He wasted no time getting good. He started competing in 4-star freestyle events, including the prestigious Wrangle the Chute Freeski competition at Kicking Horse Mountain Resort in British Columbia.

But for Theo, teaching is equally rewarding. "I have always been a person that loves sharing my passions with other rather it’s fishing, hiking or biking… I really truly love helping people get to a spot in skiing where they go “oh that really helped” or “wow, that's what its supposed to feel like”." 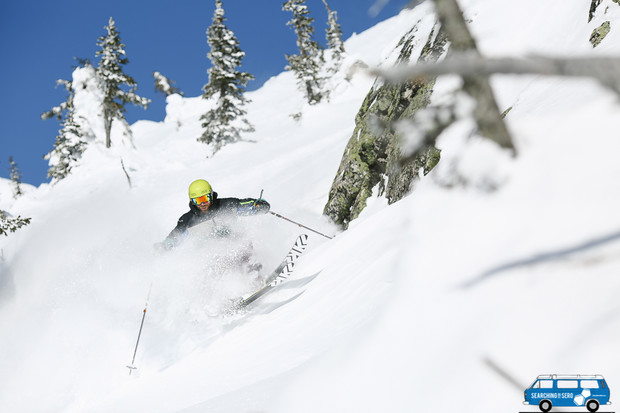 It only takes a couple of runs with Theo to see all this is true. When I first arrived at Big White to ski with him, it became clear that when Theo is around the hill, he is always smiling and that you are going to become a much better skier while skiing with him. There was never a time were he wanted to go show off or gloat about his skills. He would ski hard and have fun, but any chance he had to help me, or skiers around him, it would take priority. His advice was subtle but right on, and always instated confidence in me to get down a tricky line to where I wanted to go to shoot.

Skiing runs through Theo’s body and blood. “Skiing has completely consumed my life. Once the trees start turning colours, I'm thinking of skiing.” This passion is likely the reason he became so good so quick, but skiing isn’t a year round sport. During the summer months Theo heads into Central Alberta to fight forest fire and turns to fly fishing to keep his mind at ease. It is quite different from skiing but provides him the perfect time to relax from the fast pace, action packed ski season. 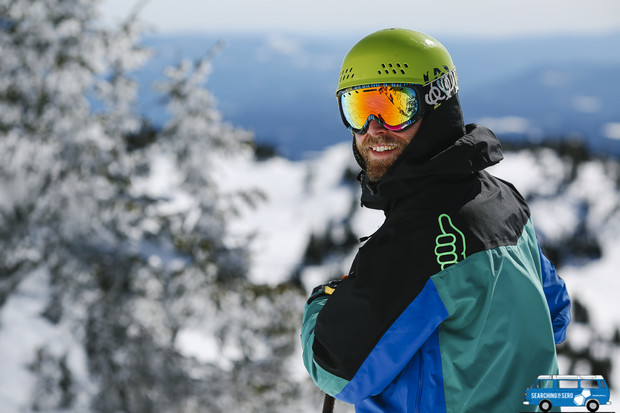 You can’t hide the facts that skiing has inherent dangers. Before hitting a big line, Theo's brain goes into analytical mode. "I go through worst case scenarios, then once I've addressed that, I only think of what I have to do to avoid it. Therefore you're only thinking positives. I have to drop above that tree not the don't go below that tree". It all becomes worth it though because "once you're done the scary crux of the run it turns into a internal giggle fest. That's when you start hooting and hollering just because everything went as planned."

Is it those moments, "the giggle fest", in which the serotonin release is happening? His best ski memories all come after big moments, such as the first time he landed a 450 off a rail, his first day of cat skiing where the goal was to just find big lines and big drops. Those lasting memories are what make a life full of experiences and happiness. "I looked back this season at Kicking Horse and was thinking, wow in the seven seasons I have been involved in winter sports I would never have guessed of the places I have stood, skiing, hiked to ski and all the cool moments I have encountered." 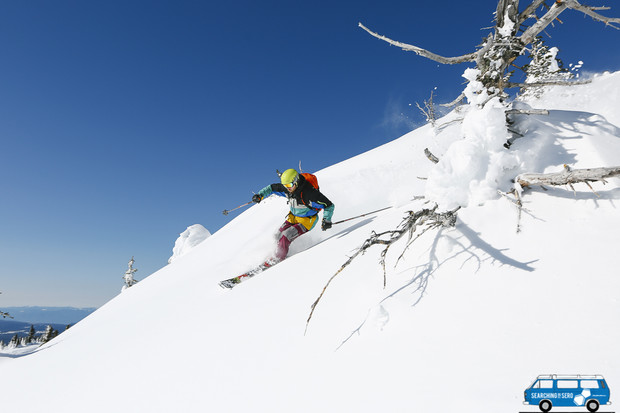 Theo shows no willingness to slow down on skiing anytime soon. Not only does he look to progress and improve upon his own skiing more, but also in his ski career. He has set his eyes on the goals of training new ski instructors, getting the Big White Freeski Team to progress and working towards his credentials of becoming a back country ski guide. 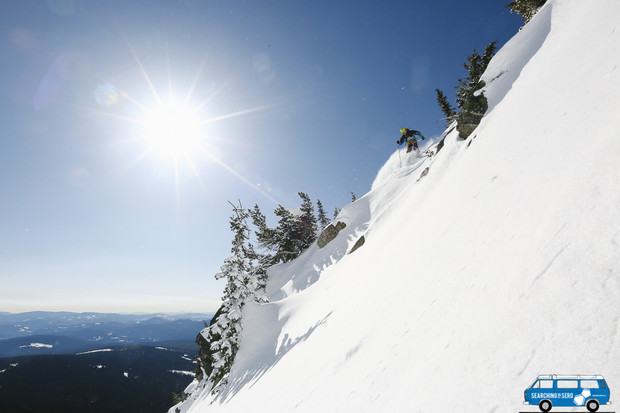 It is important to realize that everyones work/play balance is different. Some need the time behind the desk to get them energized and excited to get outside, while others just need to live their outdoor passions everyday. Finding the right amount isn’t always easy, but once you see that smile on Theo’s face, when he steps into the gondola in the morning, you know he found his. 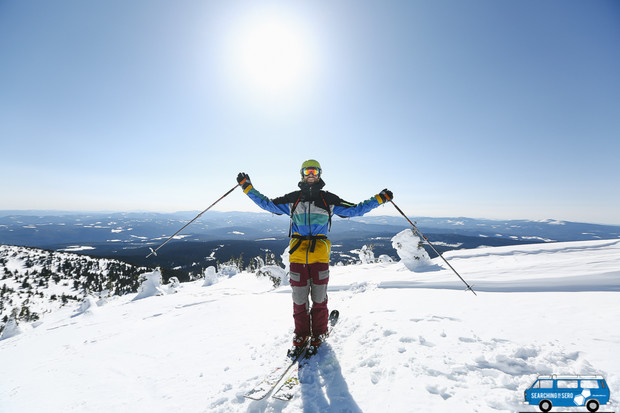