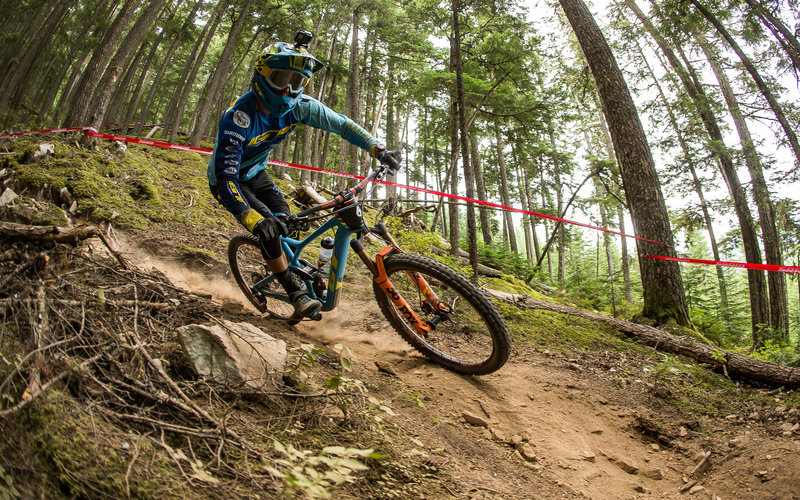 After five tough stages Martin Maes was able to pin it to the podium. Fraser Britton Photo.

Last night we saw the conclusion of the grueling five-stage CamelBak Canadian Open Enduro at Crankworx, and the final stage proved to be the most challenging for competitors. Beginning with the iconic Top of the World trail, racers descended a grueling 5078 feet following some of Whistler’s most infamous lines. There was no shortage of spills and mechanicals— favorite Richie Rude was looking poised for a win until he suffered a flat in the final stage. Rude managed to ride out the stage on just his rim, and ended up only a minute and a half back, in 10th place.

For Martin Maes, who ultimately took first, winning last night was nothing short of redemption from racing at Whistler in 2014. Four years ago Maes led the race strong only to be derailed by a heartbreaking mechanical, this year Maes clocked the fastest time after holding a very narrow lead over Sam Hill, Eddie Masters and Rude. 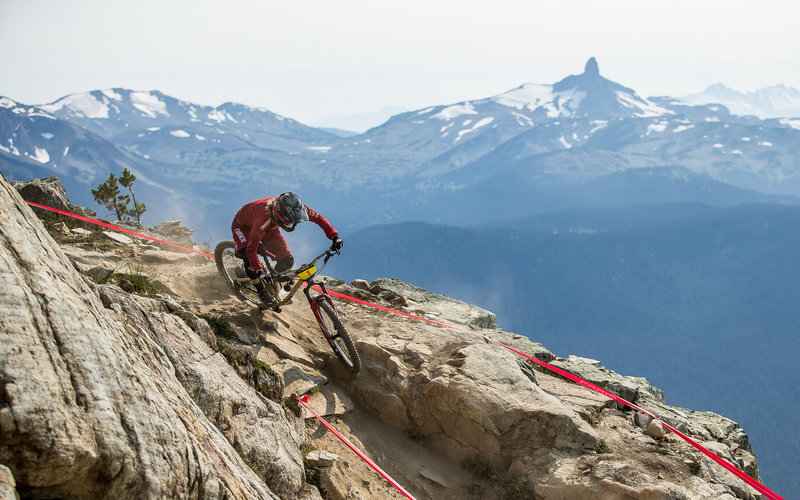 Cecile Ravanel, who crushed the race, drops in from the Top of the World. Fraser Britton Photo.

On the women's side, Cecile Ravanel dominated the course, and repeated her win from last year. Ravanel, held on to a massive lead over the other racers entering into the final stage.

The real excitement, however, came from the battle for bronze. Isabeau Courdurier held second while Andreane Lantheir Nadeau tailed closely behind her, but that changed on the final descent. Noga Korem caught everyone off guard with her final push towards the finish line and knocked Nadeau from the podium. The Enduro World Series will continue on to Spain, as our attention shifts to the downhill races here at Crankworx.