It wouldn’t be Crankworx in Whistler without the iconic Fox Air DH race. For this event, racers pin it down the most infamous trail in all of downhill mountain biking: A-Line. The most beloved jump line in the world, its 1,200-foot descent features 37 perfectly sculpted jumps and 34 berms. To win you’ve got to be fast, but throwing in a little style doesn’t hurt. 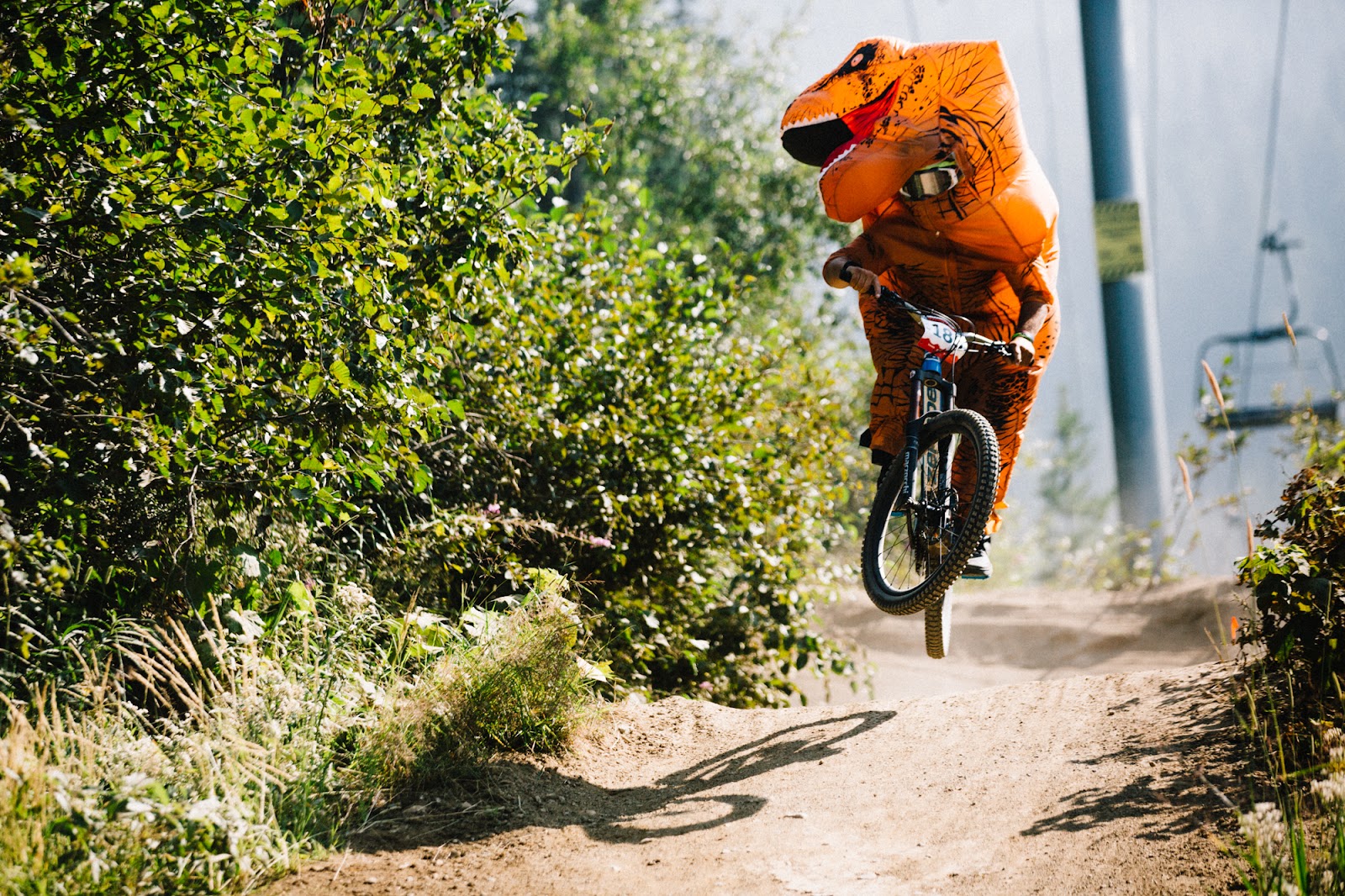 Mikey Haderer is notorious for his shenanigans on the race course. In years past he’s donned a speedo, let’s just say the crowd appreciated the dinosaur costume this year. Katie Lozancich Photo. 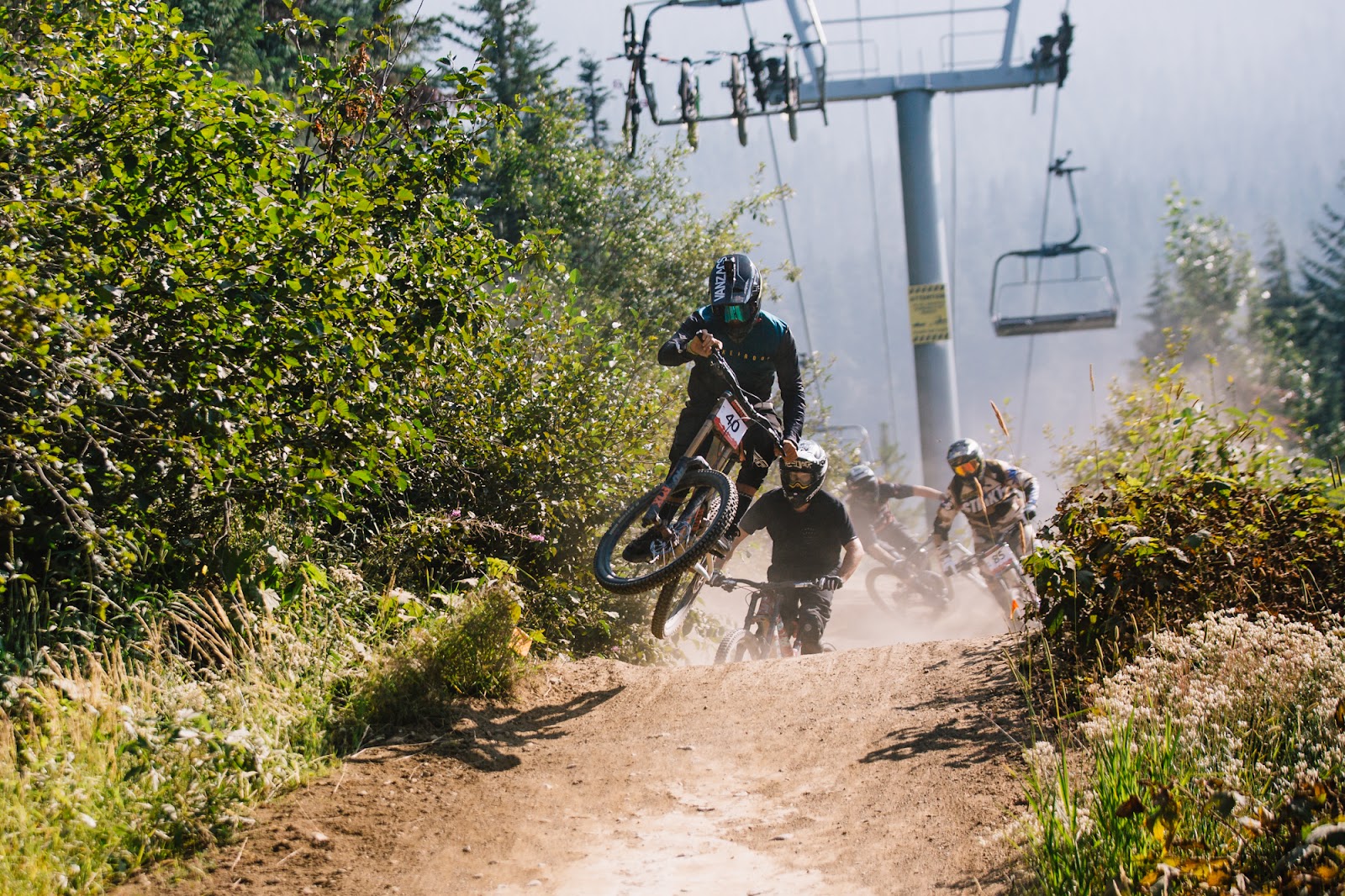 In traditional Crankworx fashion, the event started with a party. There were dinosaurs, whips, party trains, and lots of cowbell. In the Women’s division, all eyes were on Jill Kintner. The reigning Queen of Crankworx has won the event for the past five years in a row, and she wasn’t going to let go of that streak easily. Vaea Verbeeck nipped closely at her heels, but Kintner ultimately prevailed with a .40 second lead. 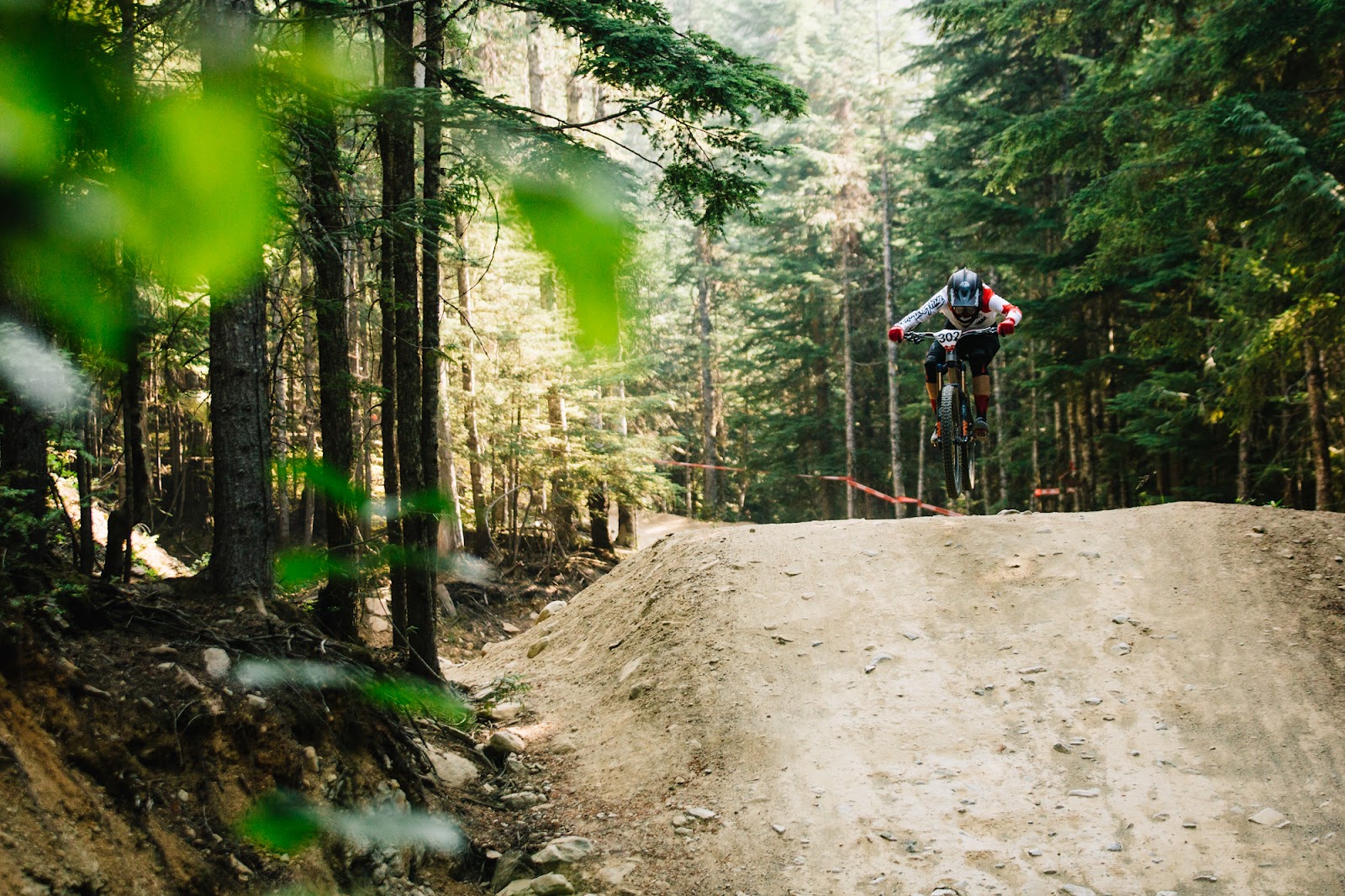 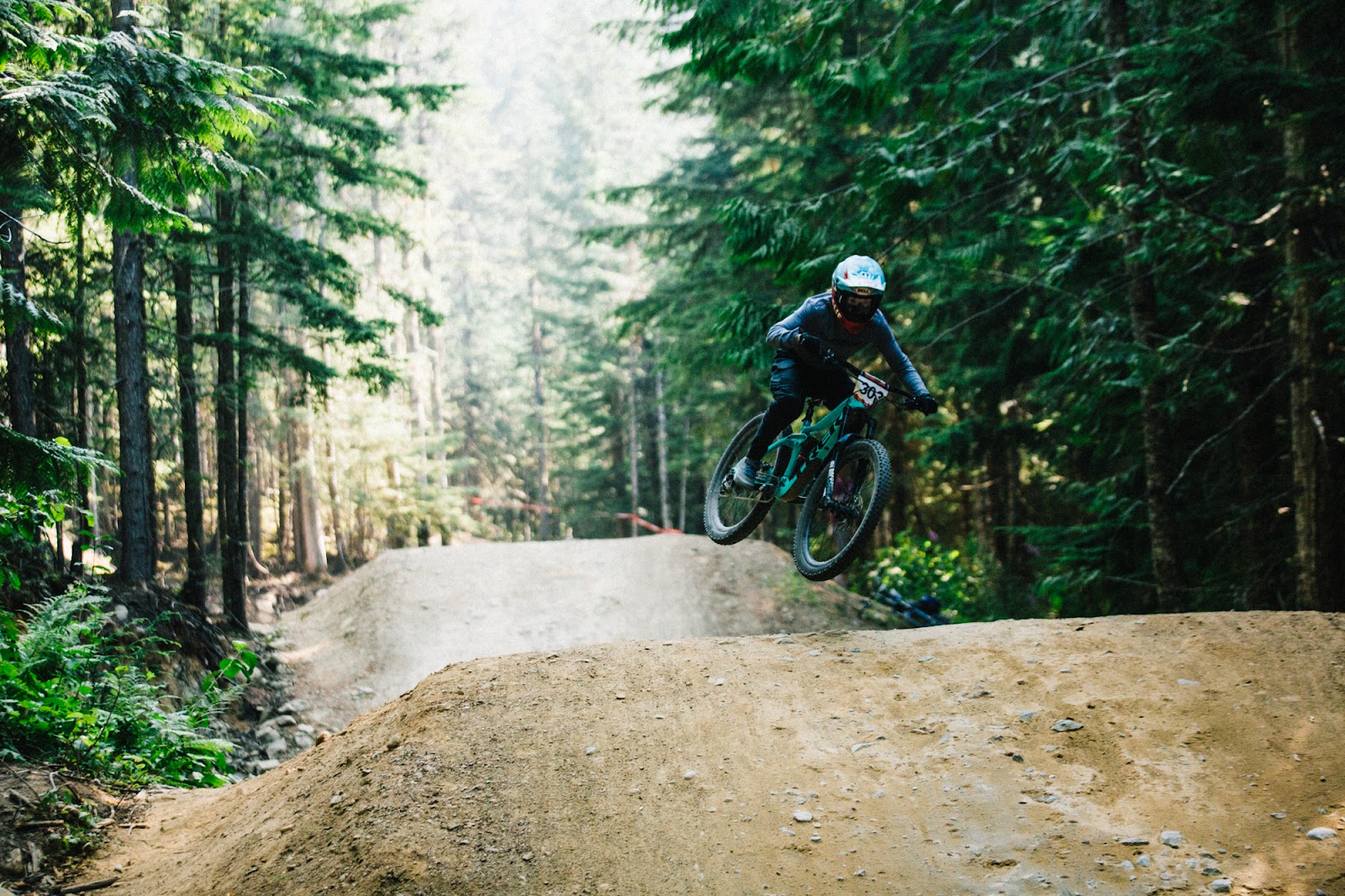 Racing with the most style to her jumps, Casey Brown walked away with the bronze. Katie Lozancich Photo.

For the men, hometown hero Finn Iles came out of the starting gate strong. Iles did have a significant advantage over the rest of the competition, he’s claimed to have ridden A-Line thousands of times, to the point that he’s got every jump and berm memorized like the back of his hand—and it showed on the course. Iles engaged hyperdrive to win the gold over other elite racers like Samuel Blenkinsop and reigning King of Crankworx Adrien Loron with a nearly 3-second lead. Better yet, Iles won on his birthday—how’s that for a celebration? 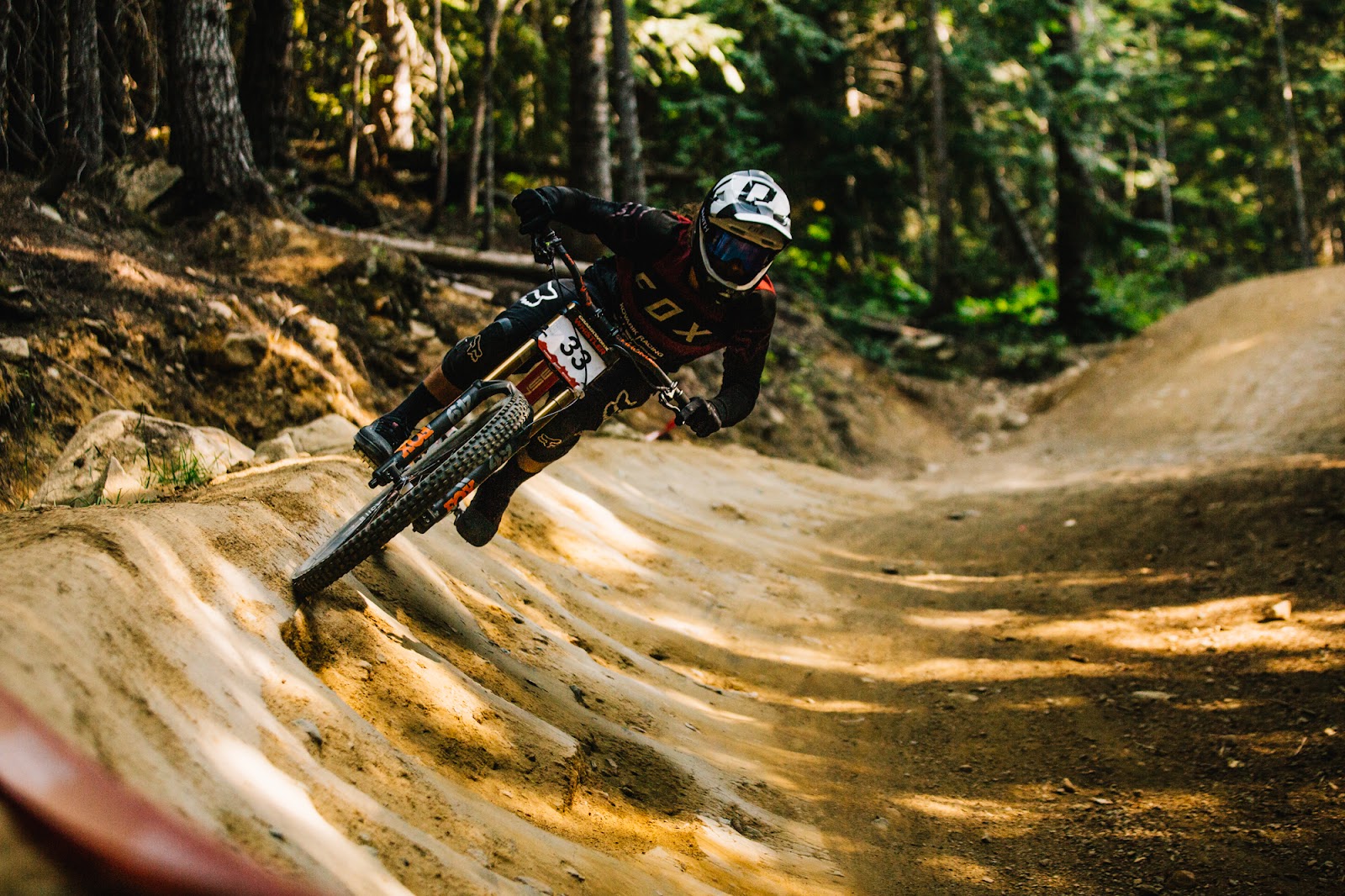 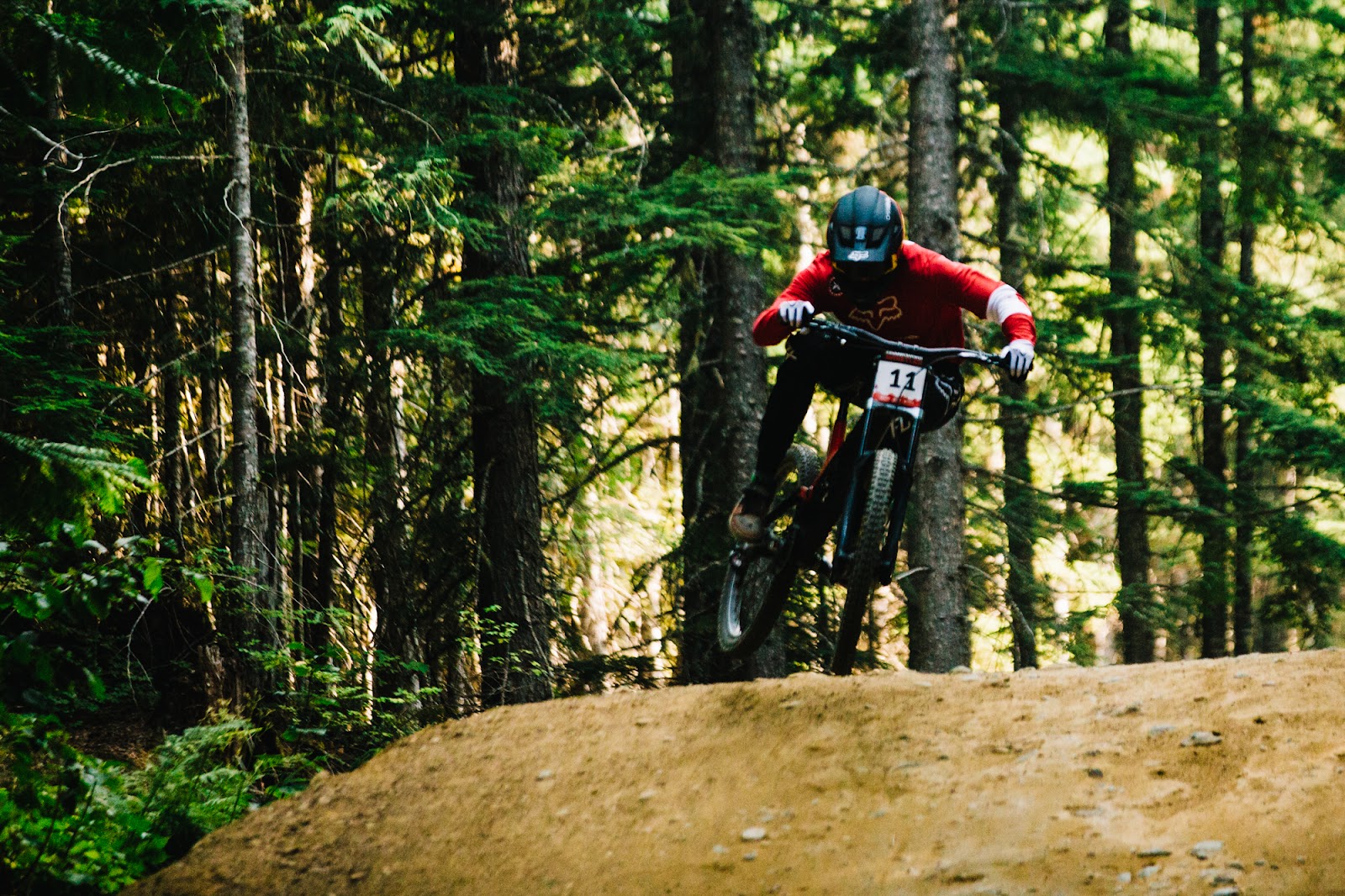