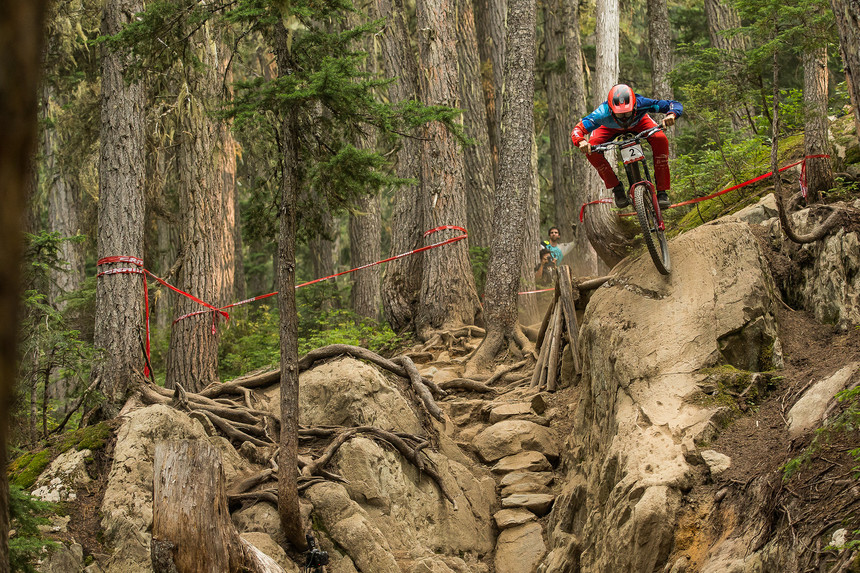 The Garbanzo DH is better known as Crankworx’s marathon. The 3,400-foot descent tests racer's grit as they weave through the some of most grueling terrain at the Whistler Bike Park. It’s recognized as one longest races for mountain biking in the world. 11 years since his last win, enduro god and flat pedal king Sam Hill reclaimed the top podium spot with a time of 12:46.84. 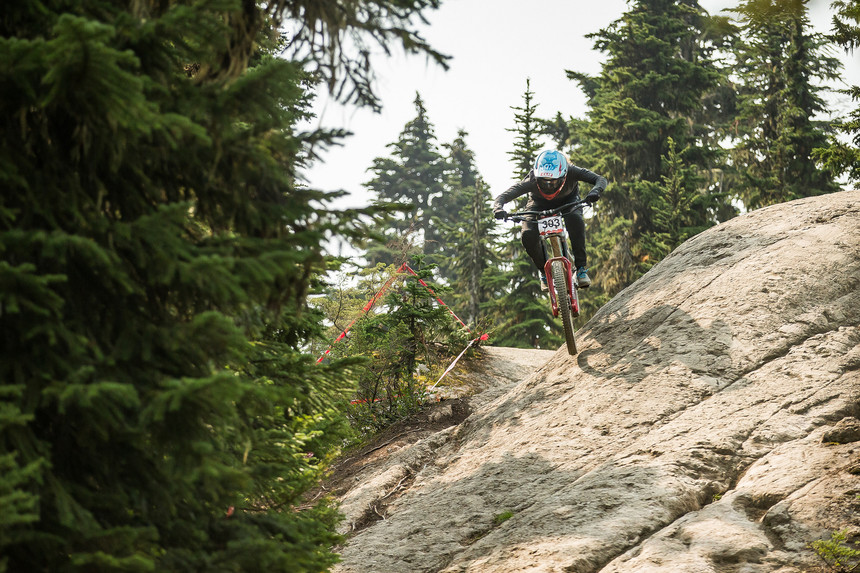 Casey Brown was among the impressive line up of the women. Fraser Britton photo.

The 33-year-old ended Marcelo Gutierrez Villegas’ winning streak, who has won the event for the past five years. Hill, says he looks forward to next year's race for true redemption since Gutierrez was bested by a mechanical issue and finished last. The real upset came from the women’s division, with local Georgia Astle beating out Clair Buchar and the reigning downhill champion, Tracey Hannah, with a time of 14:29.74.

Today is all about speed and style, as Crankworx’s elite will duke it out on A-Line for the Fox Air DH challenge.