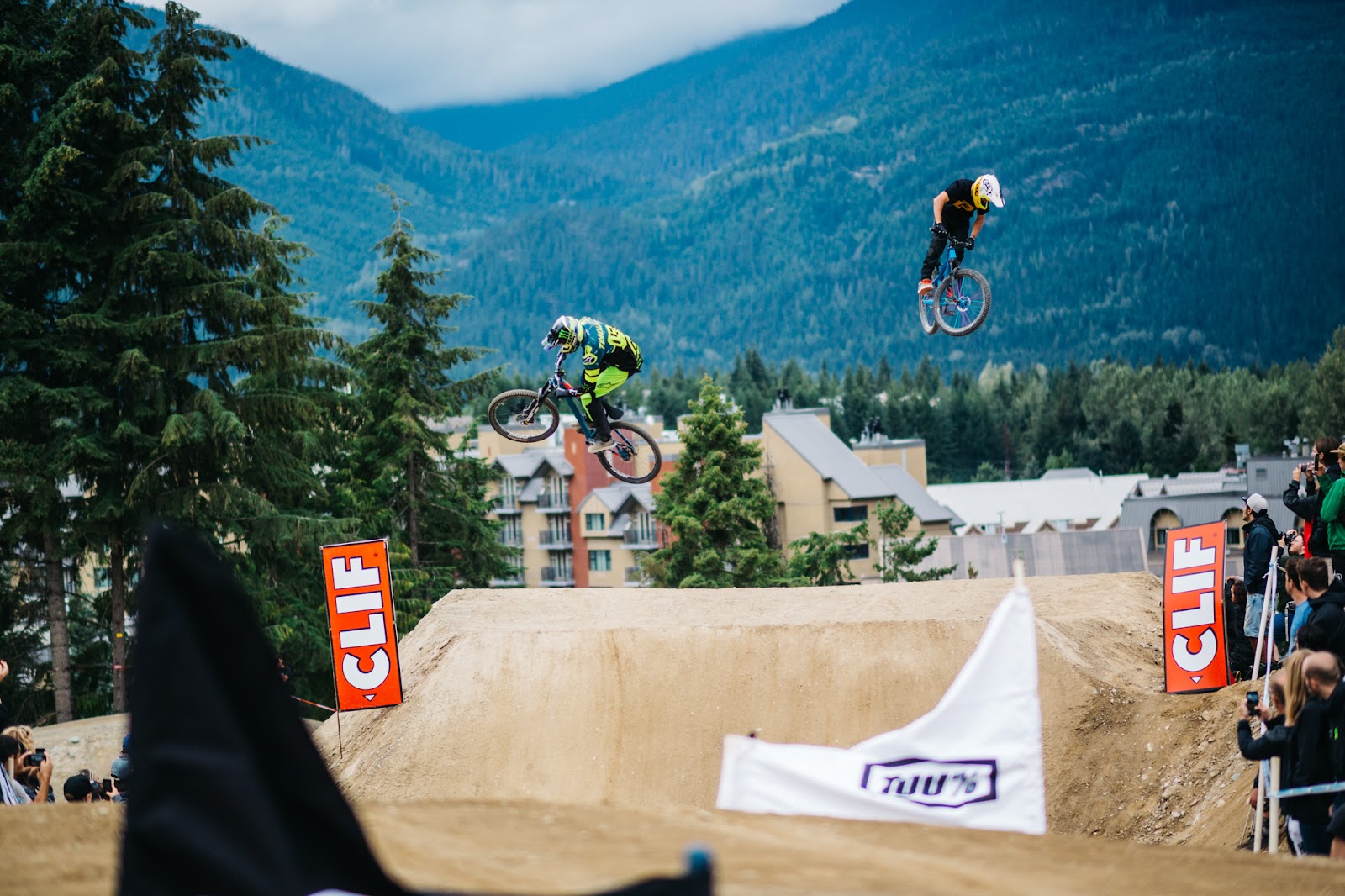 Sam Reynolds and Daryl Brown boost it over the second jump of the Dual Speed and Style course. Katie Lozancich Photo.

This week we're excited to be up at the Whistler Crankworx Mountain Bike festival, and last night kicked off our event coverage:

The Clif Dual Speed and Style marked the first pro-level event to drop here at Crankworx and to be victorious competitors had to be strategic. Success was all about finding that perfect balance between speed and style. Fortunately for everyone, the course received a little rain prior to the final showdown, making it primed for an exciting finale. With the course freshened up from the moisture, 16 athletes duked it out with a combination of slopestyle worthy tricks and lighting fast riding.

Ultimately, the final was narrowed down to Tomas Lemoine and Greg Watts, two racers well acquainted with the Speed and Style podium. Lemoine was able to take the gold with both the fastest time and two big tricks. In addition to last nights win, Lemoine was also crowned the world champion of the Dual Speed and Style.

The champion was a bit stunned to have won with the bike he was riding. “My bike is basically the same as my dirt jumping bike, and for that race, I thought I would need more of a four cross bike—bigger tires and two brakes,” he laughed. A contender for the King of Crankworx title, he still has pumptrack and slopestyle to compete in, but he's most excited for the latter out of the two. "It's the biggest event for me and where I plan to throw the most dangerous and scary tricks," he explained. 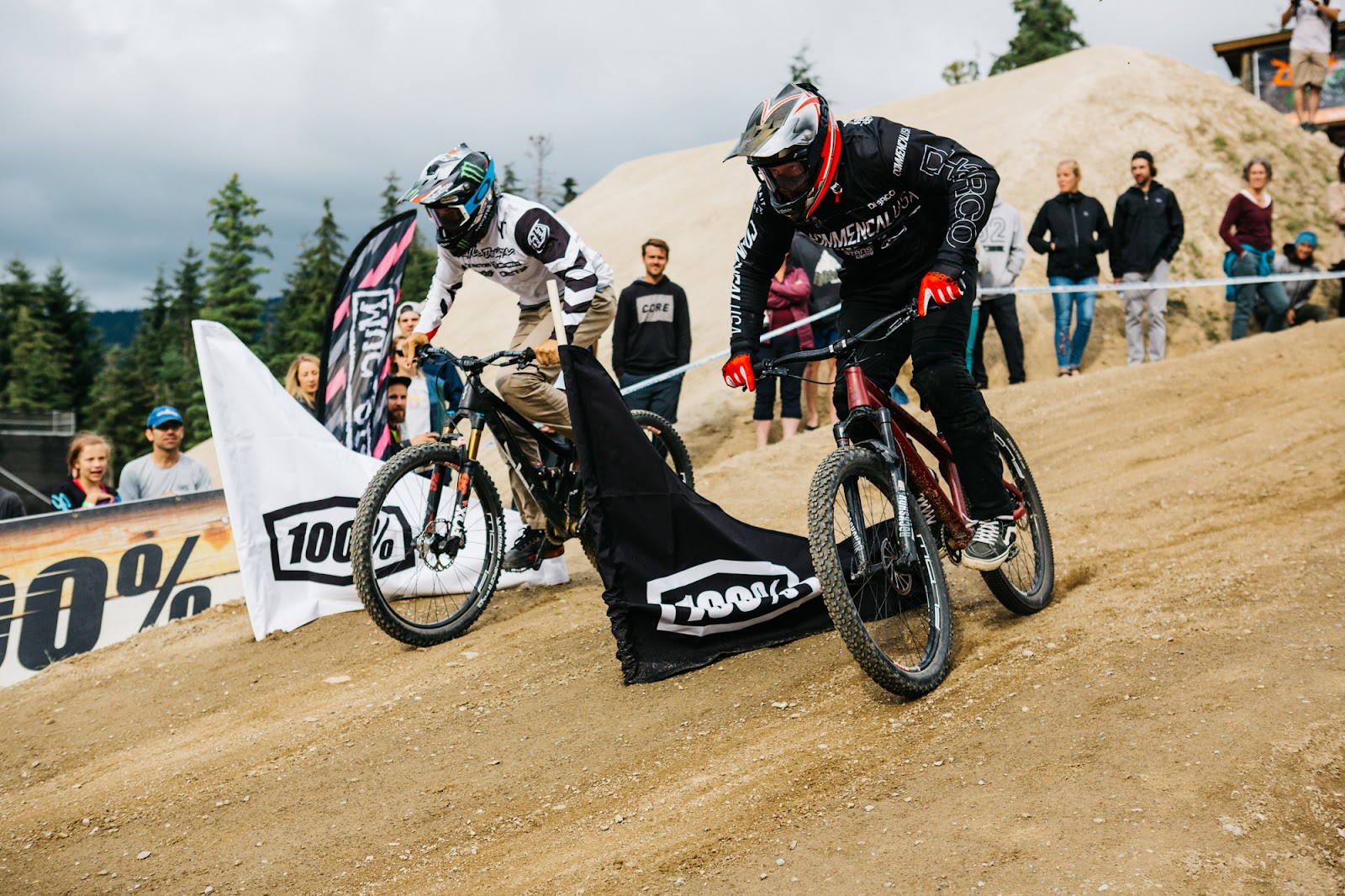 Two longtime friends Cam Zink and Kyle Strait pin it through the gates. 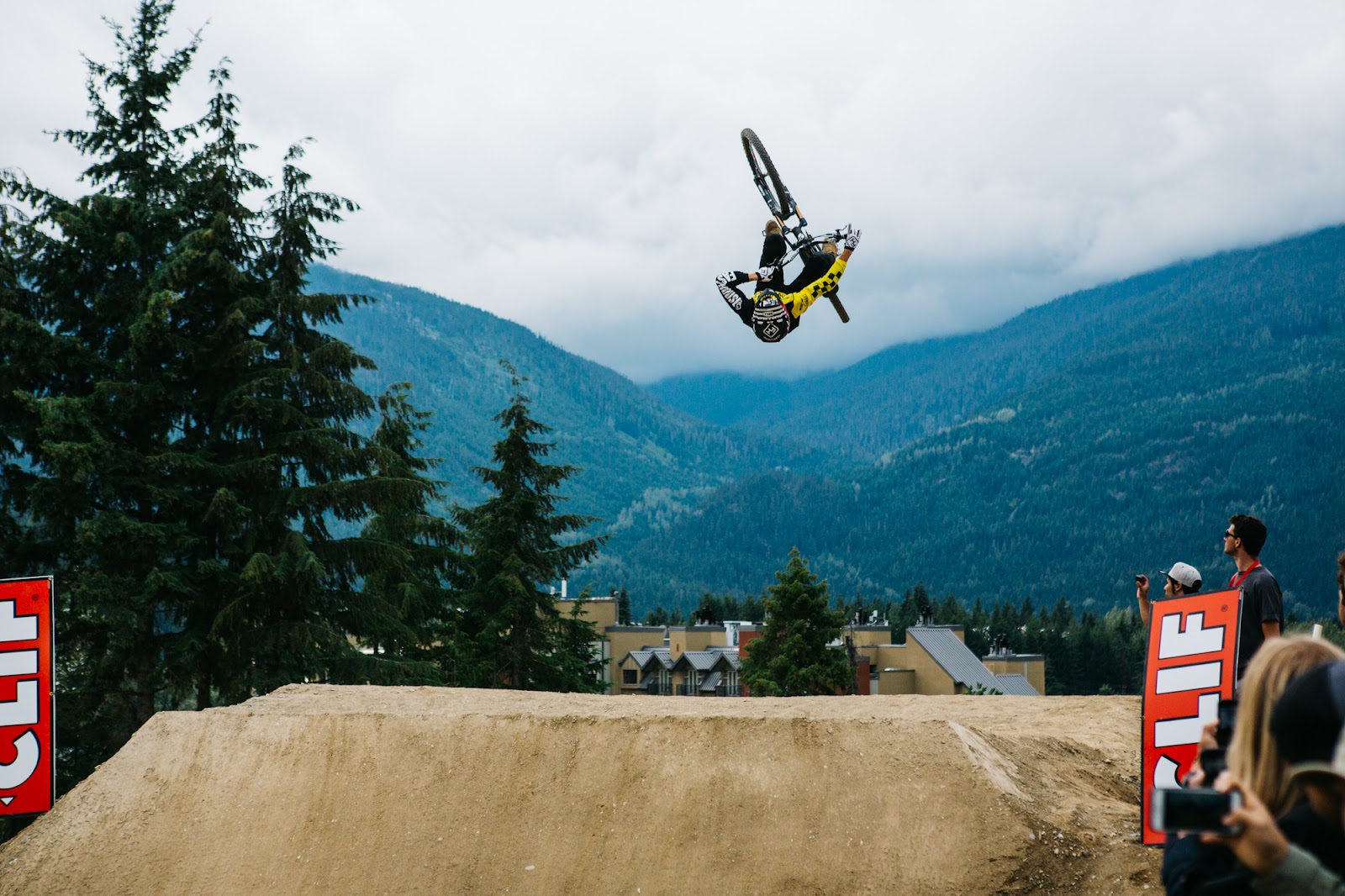 Tyler McCaul lays it out with a backflip, McCaul was looking poised for the finals until a crash ended the competition for him. 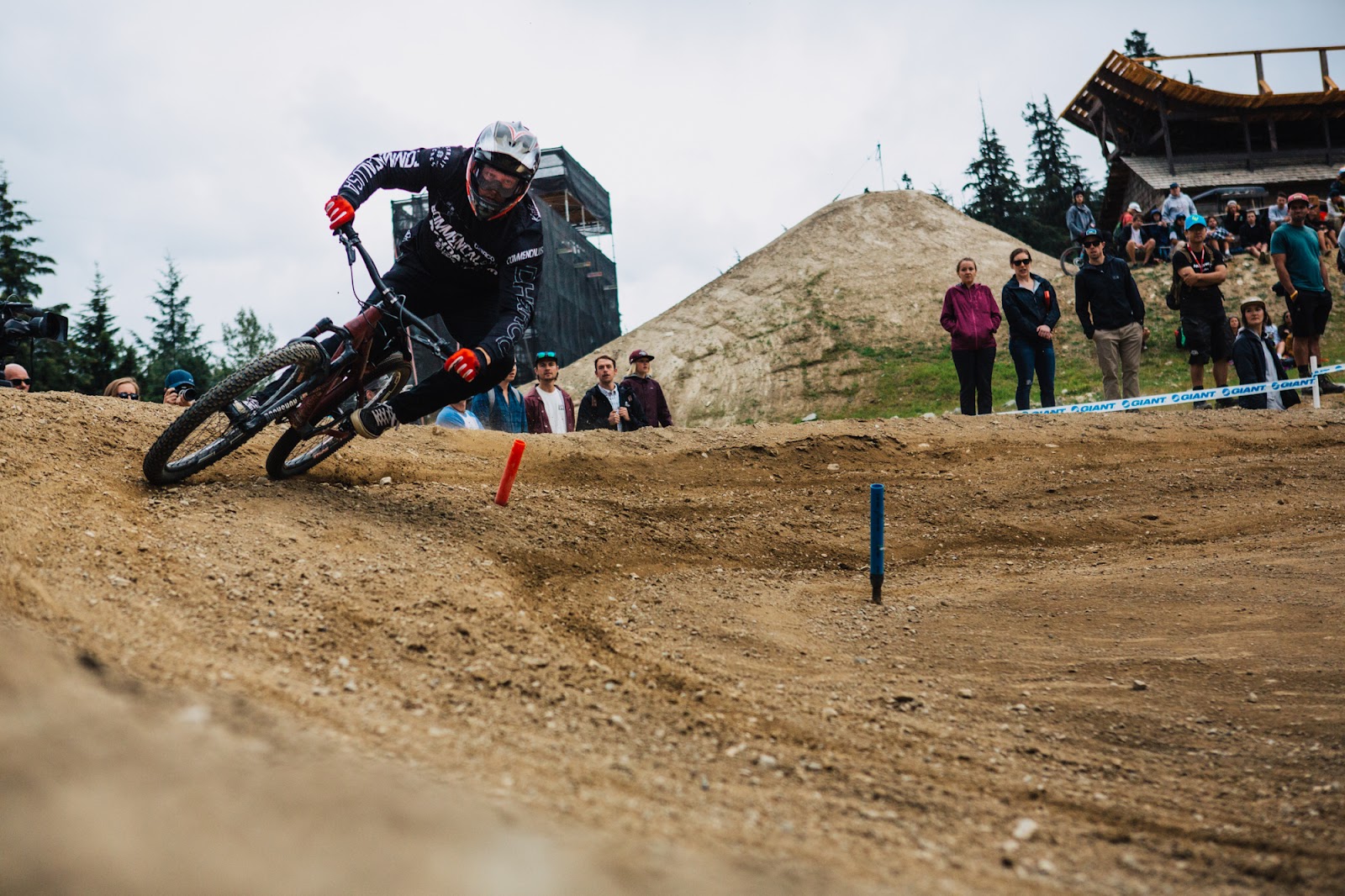 Kyle Strait carves into the turn. His racing was consistent, but he missed the podium with a 4th place finish. 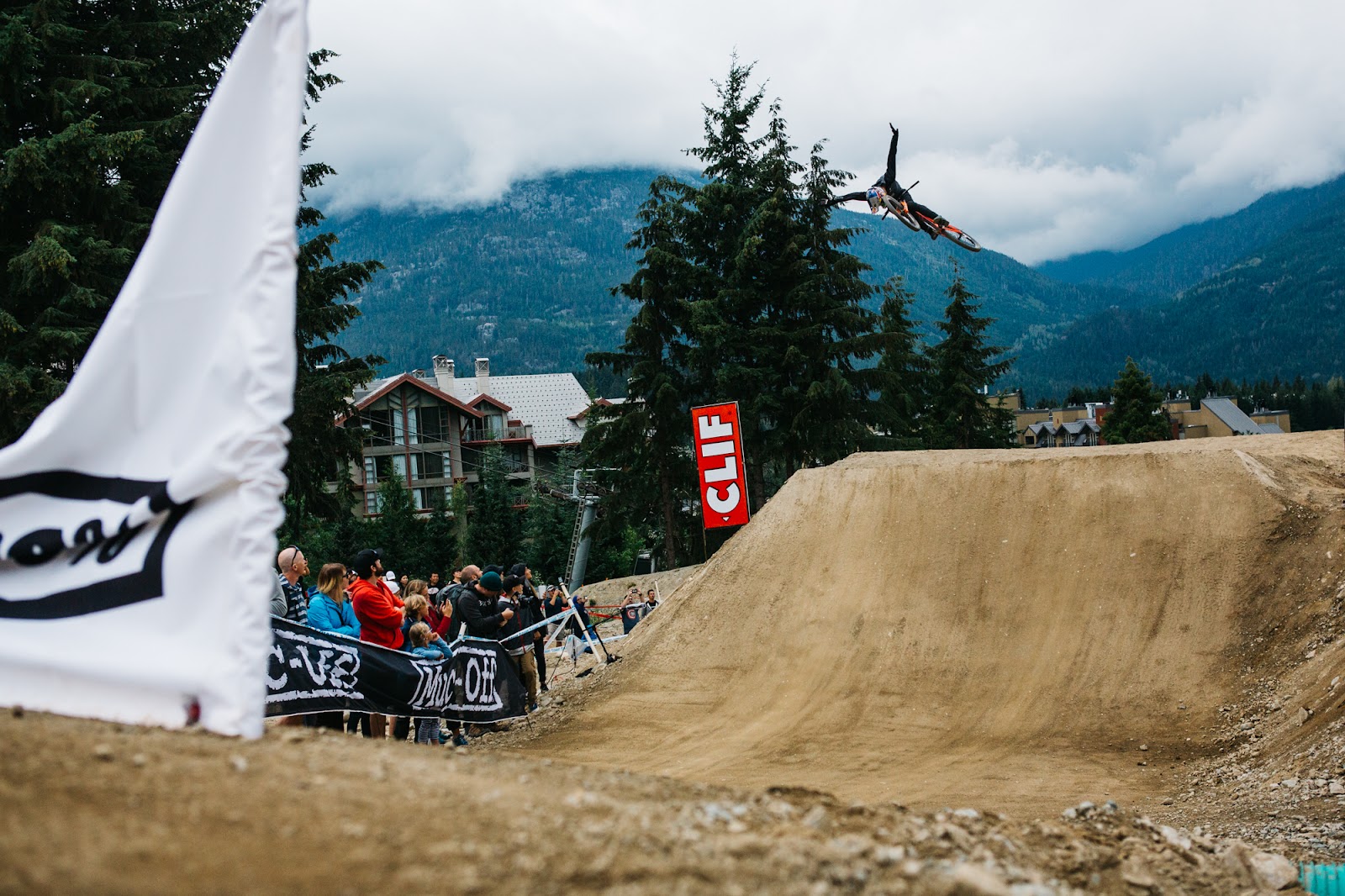 Thomas Genon gets extra stylish with this suicide no hander. His riding was a taste of more to come with the Redbull Joyride competition at the end of the week. 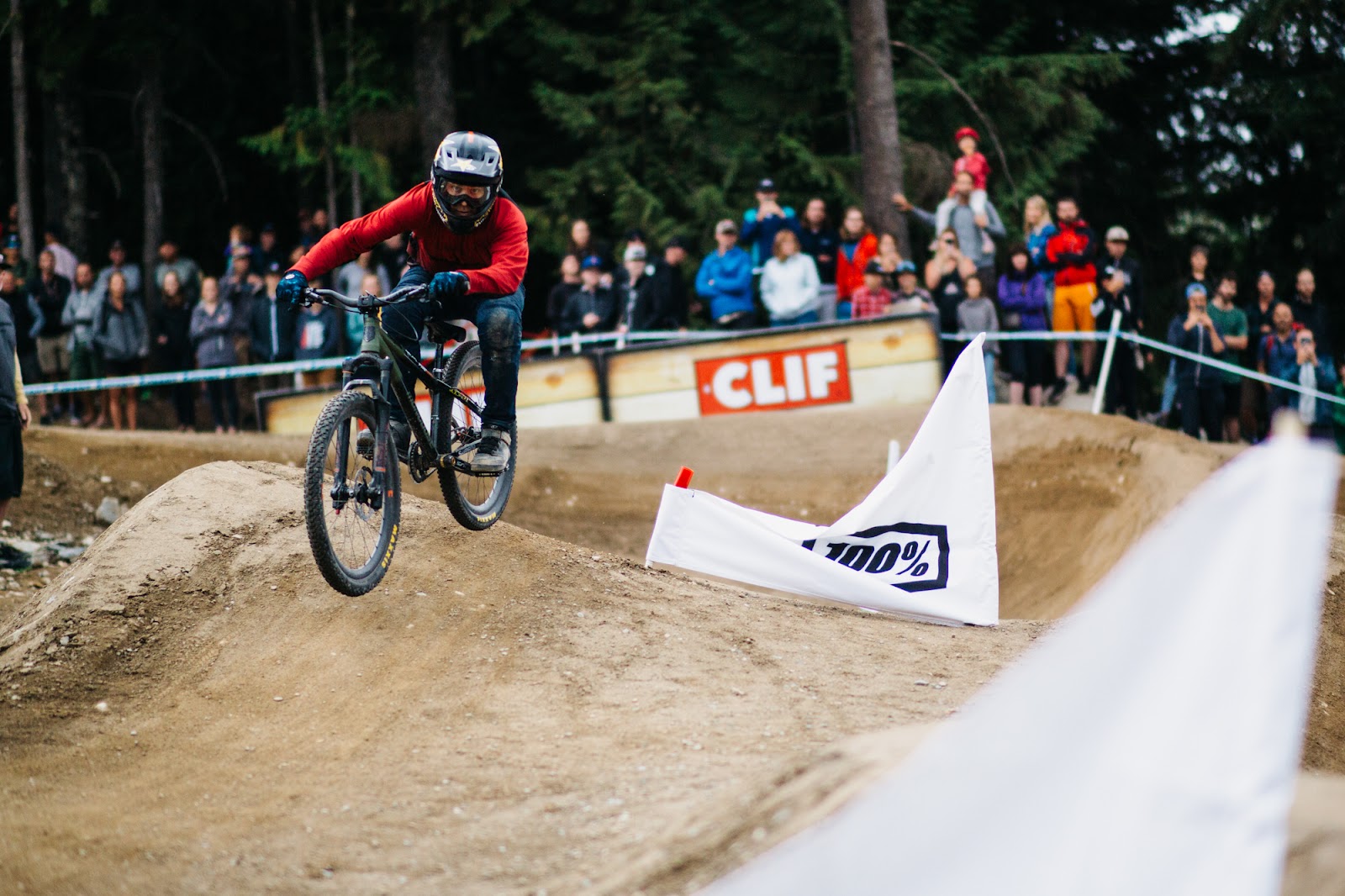 Walking away with the silver medal, Greg Watts put up a hard fight against Lemoine. 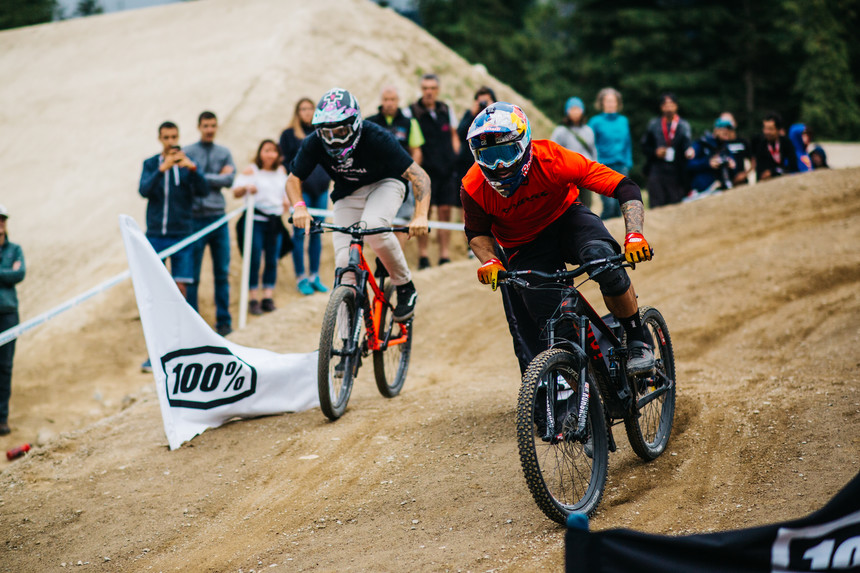 Tomas Slavik had the advantage with speed, but it was Lemoine's style that mattered at the end of the day. 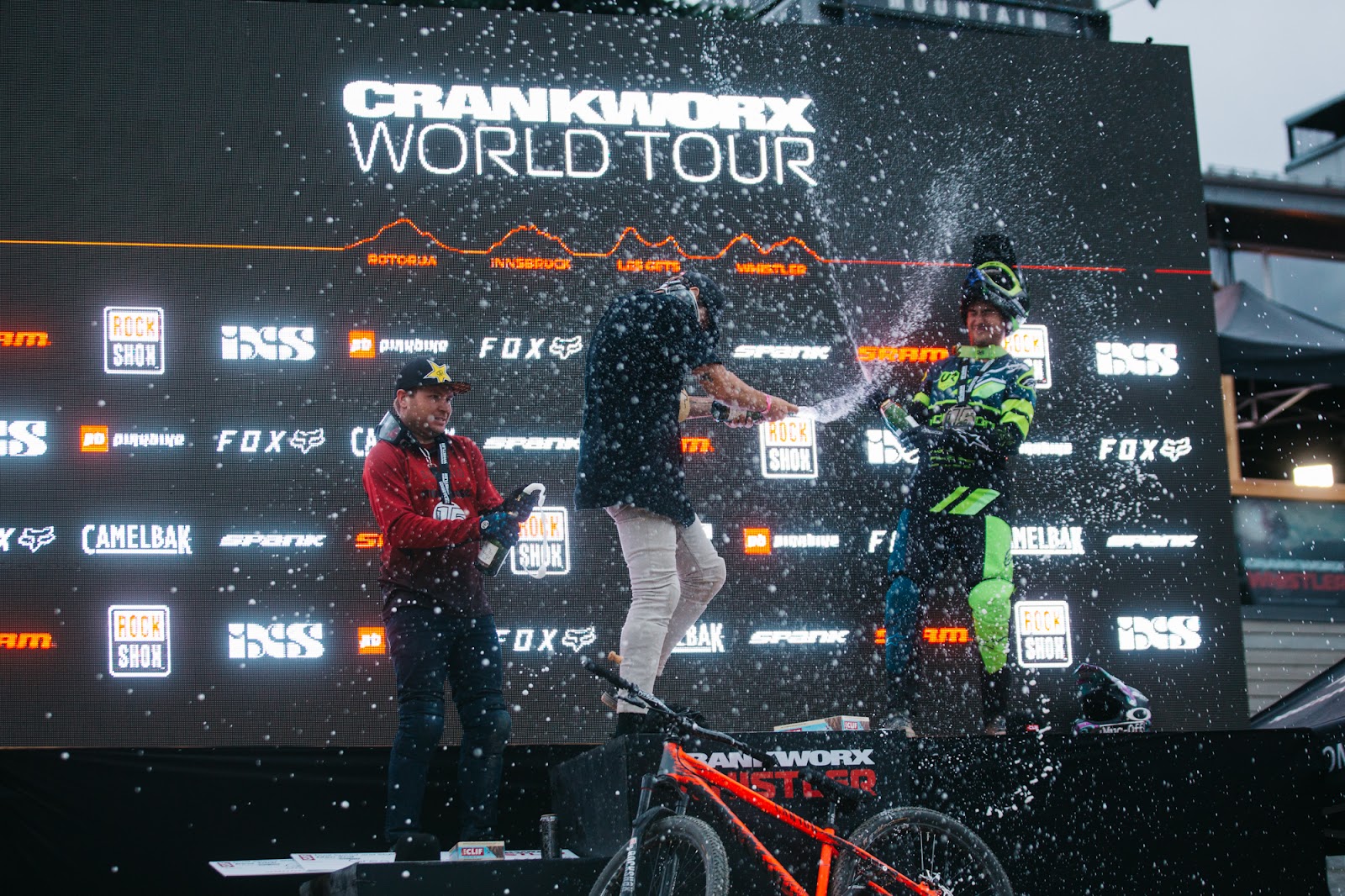