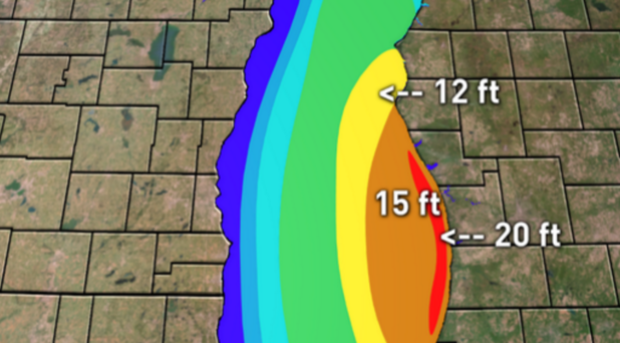 Some projections for this week on Lake Michigan. WZZN photo

Tonight an intense low pressure system will hit the western edge of Lake Michigan, the storm will produce some incredibly strong winds in excess of 45 mph. The sustained winds could cause waves to hit a high of almost 20-feet. The severe weather will be in effect until Friday afternoon. 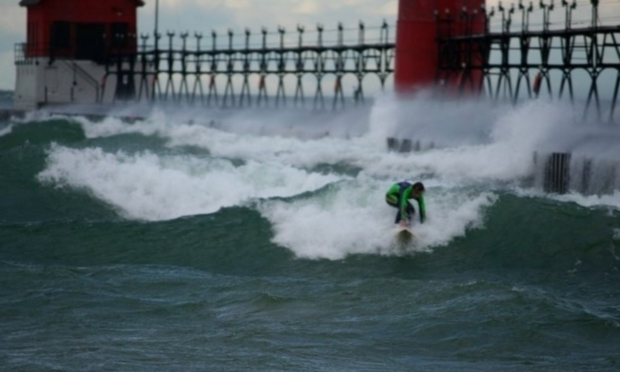 Because the wind will generally be coming out of the west the best places to surf will be on the East Side of Lake Michigan. The two spots that will hopefully capitalize on the large wind activity will be Muskegon and the South Pier in Grand Haven.

The break at Muskegon is pretty straightforward to find. It is a beach break located directly in front of Lake Harbour Park. According to Magic Seaweed the South Pier handles some of the larger windchop. Access to the break is at the end of the pier, and there are a couple options including jetty breaks to the South.

Check out the surf at Saint Joseph Light House Cam.

So if you get out there this weekend let us know by tagging your pictures #tgrlivethedream on Instagram, we would love to see some Midwest surf.