5 Things To Watch For At RedBull Rampage 2015 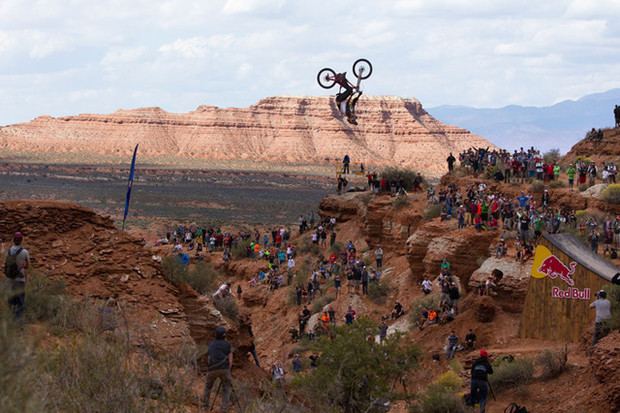 If you've been living under a rock for the last 10 years, RedBull Rampage in Virgin, UT is the world's premiere freeride mountain bike event. This year will be the 10th event since 2001 (Rampage went on hiatus from 2005-2007 because competitors were taking too many risks). In 2008, when the event returned, large wooden features were added, and Rampage has gotten bigger and more epic ever since. You can watch 2015's rampage here - PROGRAMMING NOTE: The finals have been changed to the 16th (from the 17th) due to anticipated rain on Saturday.

Interesting fact: Except for 2013, there's always been at lest one Canadian on the podium. Here's a few other things we're excited to track in 2015. 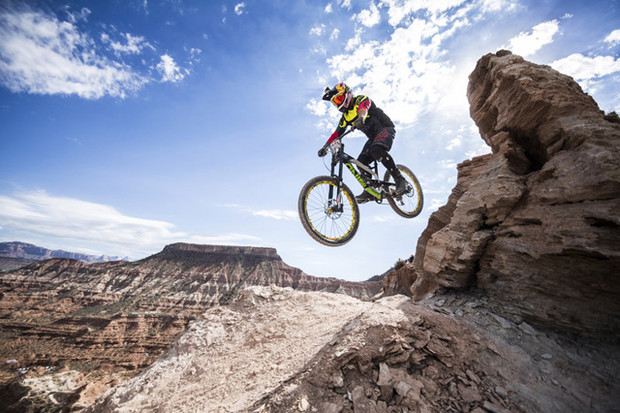 These guys scratched and clawed their way into the event after serving on more established riders’ build crews or upping their game and proving their worth in edits submitted to various outlets.

This year riders like Kyle Jameson, Nick Pescetto, Carson Storch, Nicholi Rogatkin, KC Deane, Bernard Kerr, Louis Reboul, Jeff Herbertson, Mitch Ropelato, Anthony Messere and Logan Pete will bump with usual suspects like Strait, Zink, Semenuck, McCaul and Lacondeguy (apologies if I left your favorite off the list, there's too many to get them all).

Many are learning how competition starts weeks before the event during the dig. Given the amount of hype year over year, and number of new riders competing to get in, I doubt this event will go into hibernation ever again. 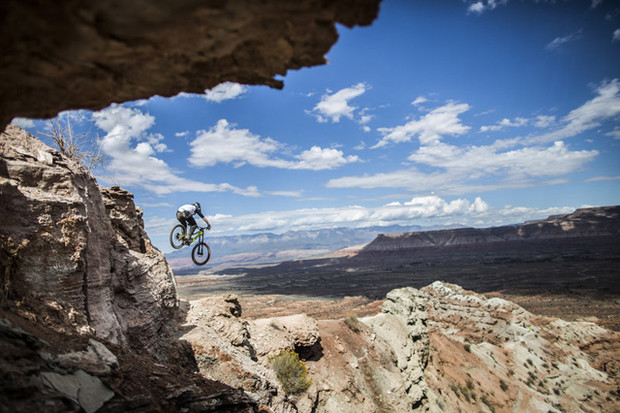 This line seemed like such a good idea last week. RedBull photo

As Rampage has evolved, the event has become as much about the line and build crew as the rider. Kind of like NASCAR drivers and their pit crew and car - if you have a shite crew, you have a shite race. As you watch, pay attention not only how well riders drop and jump, but also how they've built the flow of their run. It’s an art. Judges will look for flow, some risks and a good mix of features.

I assume established riders have the advantage by knowing each other, spotting those unique lines and building alliances with competitor's dig teams. I’m not 100% sure of the protocol of riding someone else’s line, but I THINK if you ask the team that dug it in before qualifying, it's cool. In Rodeo, there’s stock bulls, borrowed horses or, if you’re a big-shot cowboy, your own crew of horses. Yes, I love rodeo.

Also critical will be weather conditions leading up to the event. A bit of rain really helped the teams shape features a week or so ago. If they get any more we might see some really cool finishing touches.

And, of course, let’s hope for no wind. 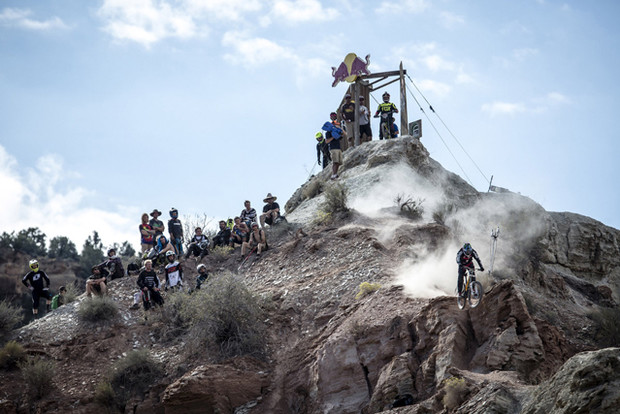 Dang, I was going to go there. RedBull photo

Hey, I’m not saying anybody’s got beef with anybody else. But when competition for space and the good lines (not to mention a few sponsor dollars) exists, it could cause a few uncomfortable moments.

This year’s course is steeper than ever, the quarters are close and many competitors will need to get comfortable sharing or get tough to claim their own line.

And you’ll also have (friendly) rivalries during the event. Can Laconeguy repeat? Can Zink win another? What will Zink, Semenuk and Sorge, perennially on podium, pull out of the bag? What will second-year slopestile boss Szymon Godziek pull off? 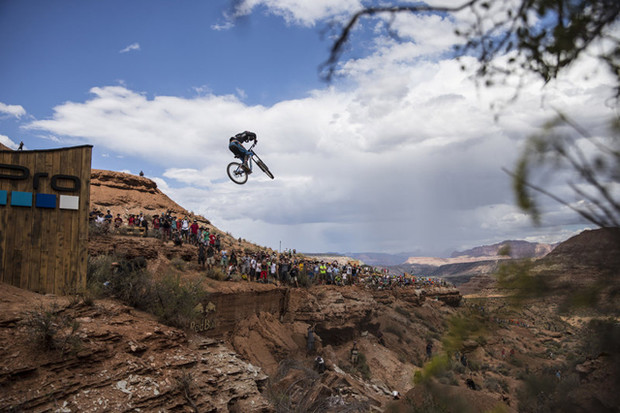 Just how fast is he flying? RedBull photo

But I’ll be psyched to see some deeper data: ground speed, g-force, air time, descending speed, like we’re starting to get from football, hockey or sailing (no idea why they are leading in this, but there it is). RedBull doesn’t mess around, so look forward to some fresh tech here. Not sure if any of it will affect the judging, but it would still be cool. 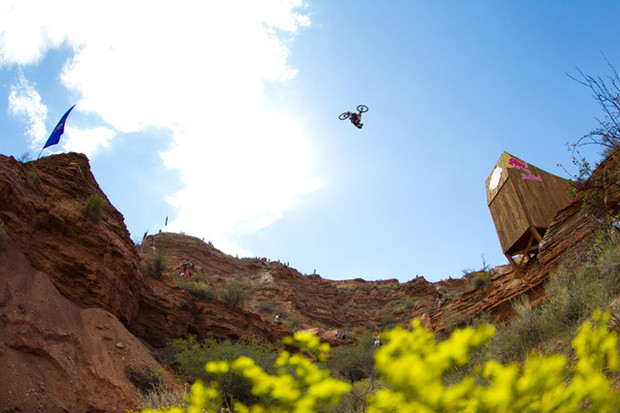 Ok, so this is what we came to see, right? You, me, everyone. Every year, without fail, pants-puckering moments make us wonder if this all just goes too far. And then it turns out ok and we hit share a thousand times. Here's hoping everybody exits this thing in the same shape then came into it. A few years ago I was talking to a RedBull exec after the event and he mentioned "we built the kicker a bit too big and I was worried, next year we're going to test it more" (the official build team duties have since been taken over by Dave Smutok of Highland Mountain).

I'm sure they'll get the right balance between personal choice and insanity as usual. 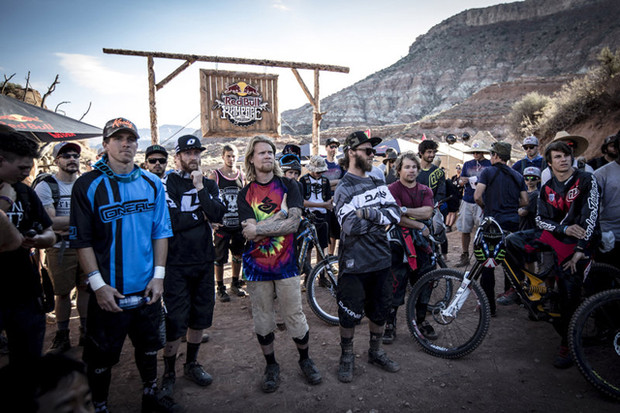 Yes, you're the best in the world. RedBull photo

I’m a little over the ‘too cool to care’ shit. Yes, we all know how rad/knarly/core you are. When you give your exit interview, be humble and thank your damn bike sponsors (as well as any others you need to) – without whose generous support you wouldn’t be there. I know, they get eyeballs out of the deal, but this is where you pay that back.

For what it’s worth, I can do with less ‘behind the scenes’ videos and those silly exit interviews. Those were always weak links in events like this. And I feel for the riders in terms of hating that they have to comply with the demand for these. But hey, heavy is the head that wears the crown. 90% of the riders seem pretty grounded regardless, but I hope folks take camera time as an opportunity to stay classy.