A Judges' Guide To Winning The Grom Contest 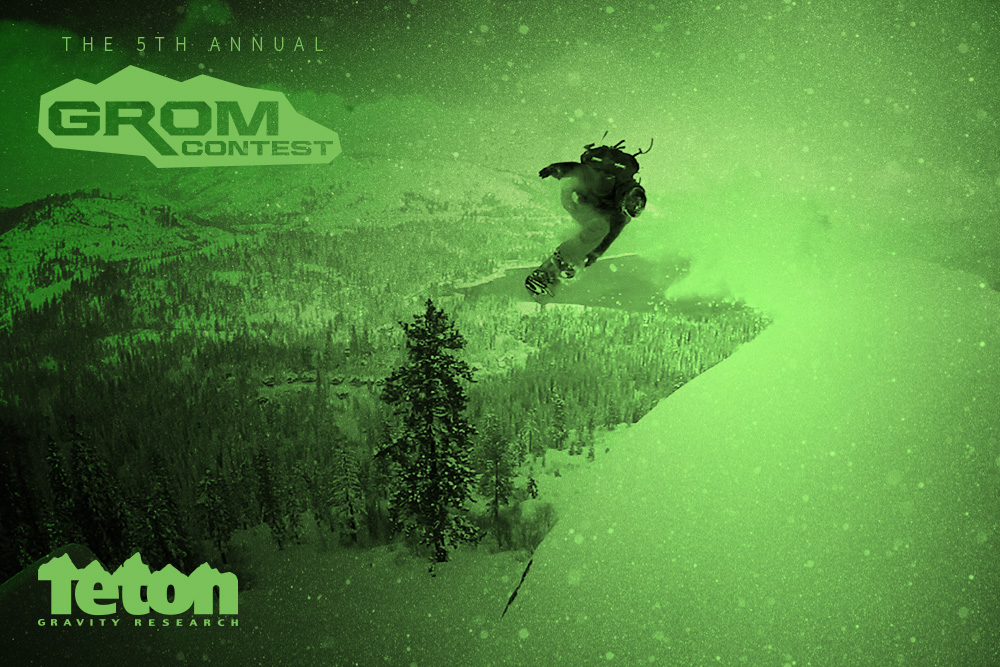 By now you've heard (hopefully) about the 5th Annual Grom Contest, where skiers and snowboarders under 18 years of age can win a host of Sony Action Cams, the chance to have their season edit shown on the annual TGR film tour, and if they win the Grand Prize, the chance to film with TGR for their full-fledged production movie. If you saw Way Of Life this year, you saw the prodigical talents of past Grom Contest winner Daniel Tisi, whose huge backcountry tricks and big-mountain line choices showed talent well beyond his fourteen years. Will that be you this year?

Whether you ski or snowboard, you have a good a chance as anybody (as long as you're still of high school age) of making it to the big leagues with TGR - you just need to submit up to three minutes of your best footy on the Grom Contest homepage for your chance to become a weekly winner of a Sony Action Cam or the ultimate winner of the First Place Ski or First Place Snowboard edit or the Grand Prize and your chance to film with TGR!

As you gather your footage and start chopping it up in your living room editing bay, we thought you'd appreciate knowing what the Grom Contest judges, which include a past winner along with TGR co-founder Todd Jones and TGR's own pro athletes, will be looking for as they judge the best entries.

“I’m looking for smart, smooth, and consistent skiing. And most importantly a person who just has fun. Having making good decisions and having fun is key to progression.

[Talking about his winning Grom Contest edit] I remember just putting a POV camera on my helmet and skiing. Looking back at it, I was surprised with the shots I got. My brother Jackson played a big role in the Grom Contest for me, though. He edited my entry and found the music for me.

I think what won the Grom Contest for me was just showing the everyday skier that I was. I had as much fun as I could! The features I hit included park, pipe, big mountain, and deep pow. It's always good to show your versatility. Just create your own image and show us your everyday style and I will be beyond stoked to watch it!”

“I don’t know what I am looking for. Maybe that special sauce, the style, something unique and diverse. I only know it when I see it. It triggers an emotion that is hard to explain or capture. It inspires. There is no way to work towards it or it would be false. It just is there in the end. In fact, it was probably already there before it began.”

“Ill be keeping an eye out just for overall impression. Footage in a variety of terrain: powder, park and pipe, creative stuff, etc. As always, a good natural style is key. And look like your having fun out there, don't make the edit too serious!“

“I’ll be looking for creative and tight use of the viewer’s time and their ability to leave us wanting more. I'll also be looking for how creative they are with their camera angles, overall editing abilities, and the 'story' they choose to share with us.“

“All around riding, definitely someone with a unique style, someone who sticks out from everyone else. I'd definitely like to see people who can do both urban and big mountain. Good jumping with both-ways spinning - just an around ripper who looks comfortable on their skis and not forced.”

“I’ll probably be looking for aggressive but smart skiing, not just hucking your meat but someone who has good technique and is charging hard. Good technique, strong skiing, hard charging, and fluidity through the tougher lines or features that they’re doing. The biggest thing for me overall, though, is good technique.”

“I’m looking for kids having fun… Style and creativity that makes me want to ride anything and everything!”

Think you got what it takes to get your name up there on the big screen alongside pros like Griffin Post, Tim Durtchi, Angel Collinson, or Jeremy Jones? Step up to the plate and check out the Grom Contest details here: {page_51}contests/2014-tgr-grom-contest/