An Ode to The Ski Swap

The official, unofficial sign that winter is finally closing in. When people who haven't skied in 15 years finally get around to taking those "gently used" Rossi Strato's that have been sitting in the basement since Bill was in office, to find their new home. Usually held as a fundraiser for the high-school race team, ski patrol, and sometimes just for the hell of it, we are of course talking about the annual ski swap.

More often than not, we let our imaginations roam wild at the thought of finally scoring that Burton Backhill from 1980 or a pair of last years DPS Waliers with Dynafit Radicals for the cost of a few six packs. Usually though, it ends up being a cafeteria filled with leftover fleet skis the local shop has had in the back closet for the past few seasons. But that's not why we're here, if we were, we would have paid the $20 to shop early on Friday night instead of watching The Art of Flight for the 59th time. We're here to be around other skiers again, to finally acknowledge as a group, that yes, last season did suck, or for some lucky kid in the midwest, to finally get their first pair of new skis. 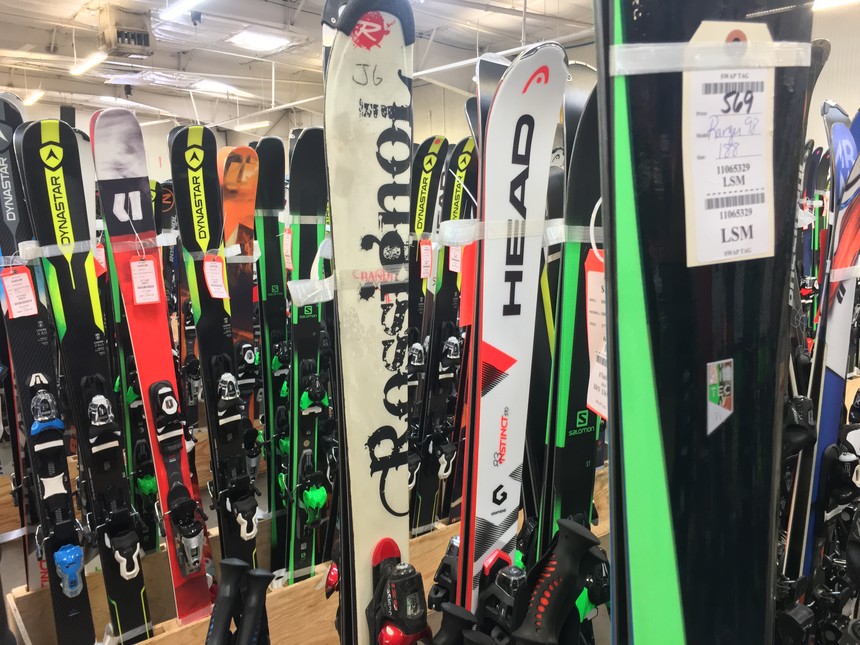 The first time I went to a ski swap was also the day my dad bought me my first pair of "new" shaped skis. A freshman in high school at the time, I somehow mustered up the courage to join the ski team after skiing on Wednesday nights and the occasional weekend trip to Boyne Mountain over the last few years with my dad. A few weeks into pre-season conditioning I asked the coach what kind of skis I needed, and if the hand-me-down Dynastar skis from the year I was born would make the cut. She gently let me know that I might want to look for something a tad bit newer, maybe from Fischer or Volkl. A short time later we headed to Alpine Valley's annual swap where I talked my dad into getting me a pair of 170cm Fischer RX9's that would probably work for both slalom & gs, right? Later that year I would learn the hard way that there's no such thing as a "one ski quiver." Since that first swap 12 years ago, I've attended, worked, and even hosted more ski swaps than I'll remember from Detroit, Marquette, the Tetons, Tennessee, and now New Mexico. And across all those places, the stoke is always the same.

Even though we might not find our Great White Buffalo and prices reflect how proud people are of their gear, sometimes we do find that "smoking deal we just couldn't say 'no' to." So we add another pair of Olin Mark IV's to the pile in the garage that we say will one day be a ski chair.