Angel Collinson's Go-To Gear for a Trip to Fantasy Camp

Angel Collinson was born to do big things in the world’s biggest mountains. She grew up shredding Snowbird, which enabled her to learn everything there is to know about snow, and how to ski all varieties of it. Her career has taken her around the globe for competitions in racing, the Freeskiing World Tour, and filming. She’s seen more mountains than most us ever will, and some of her favorites are found in the place that should be every skier’s dream to visit: Alaska, home to North America’s gnarliest, tallest peaks. Angel has found herself amongst these towering slopes at least once every year for the past couple of seasons, as she is a regular member of the annual TGR fantasy camp crew. She knows the spines, crevasses, and conditions of the many ranges there as well as any big mountain adventurer could, and therefore is no stranger to the struggle of packing for such an unpredictable place. If you’re ever lucky enough to get that once in a lifetime call, here’s what she suggests you bring with you up to AK. 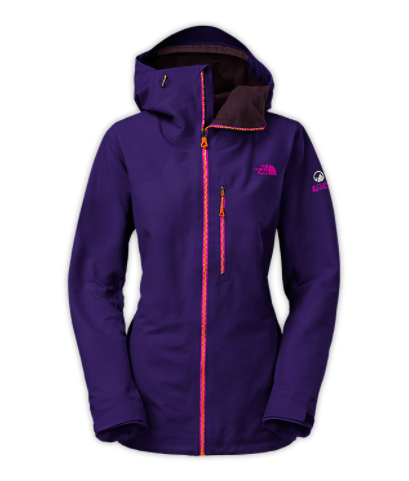 This jacket and pants pairing is Angel’s “protection/safe haven/battle armor out there.” The two together keep her dry and warm all day, a combination that’s as impressive as it is rare in the middle of the Alaskan mountains. Angel spends a lot of time scoping lines on top of windy ridges and camped out in shady bowls, so she needs a kit that will do its job from the second that the team gets the all clear for the day. She tells us that all the TGR athletes who ride for North Face worked closely with the developers to create this custom kit, so that in the end they came up with a product that’s the perfect blend of toughness, style, and function. She sums it up by saying that the ensemble “makes you feel like a technical baller - like a legit AK mountain guide that also knows how to breakdance and secretly flies to NYC to throw down in the clubs.” We’re all in on any outfit that can make a person feel like that. 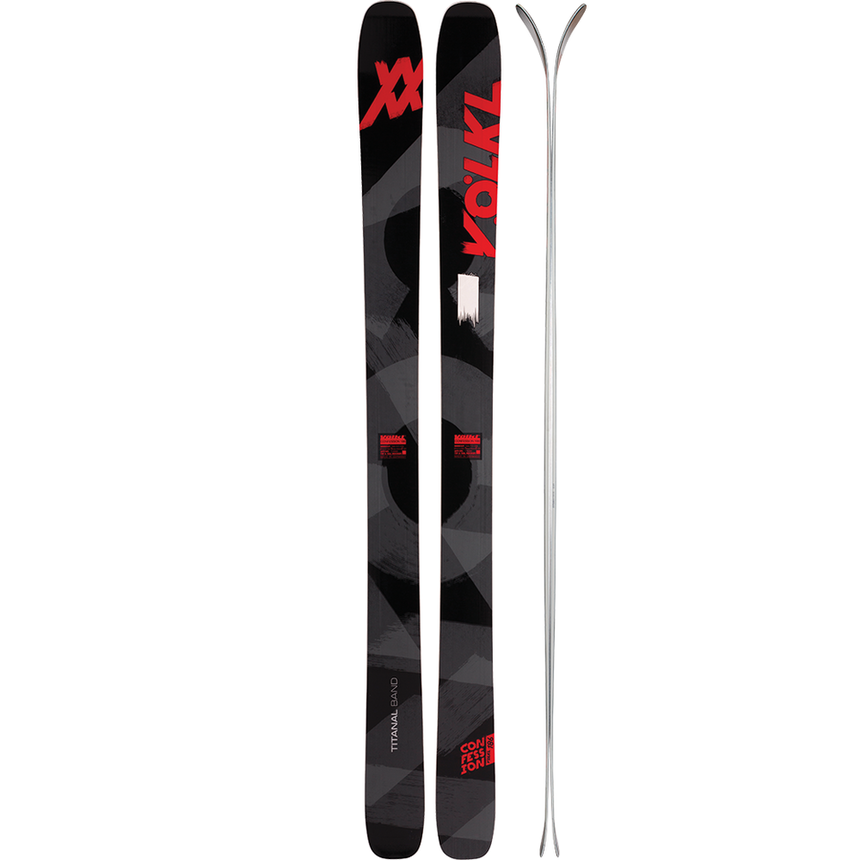 Your choice in skis is arguably one of the most important decisions you’ll make when packing for a big trip like this. Whatever selection you make, you should be able to go to bat for it. Having skis that you love and trust helps your confidence, helps you get down the mountain, and helps you have a kickass time doing it. Angel’s weapons of choice for AK adventures are her Volkl Confessions, which are hard-charging, big-mountain skis built with maximum hucking capability. They aren’t for the faint of heart, but then again, neither is skiing. For Angel, they “come into play once it’s time to click in, and click send.” 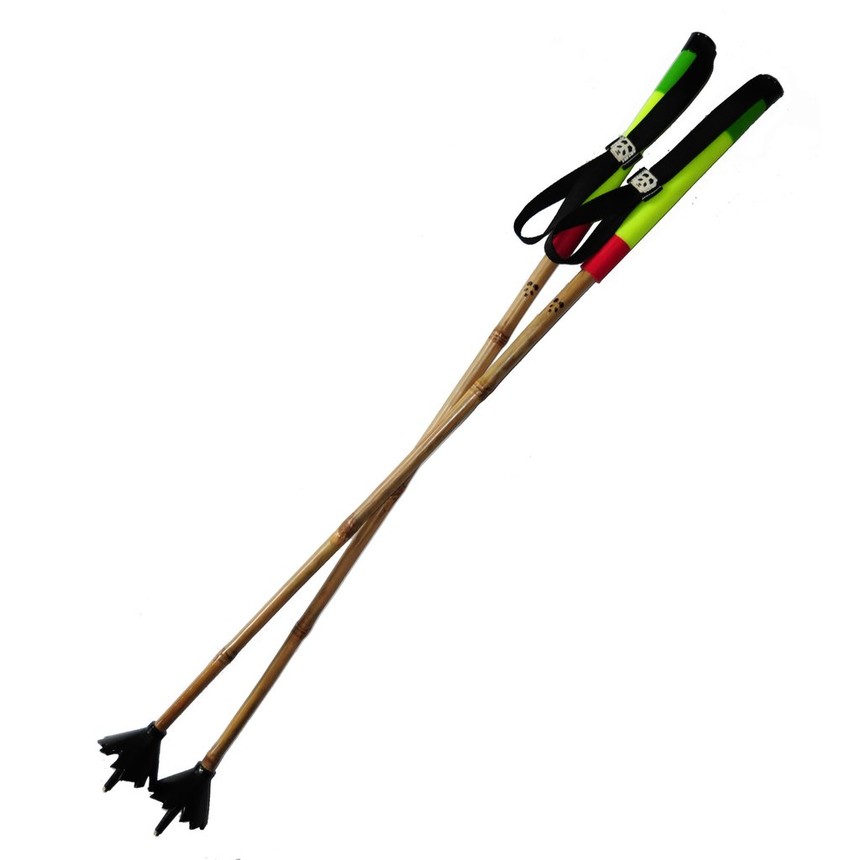 Angel loves her Panda Poles, which, if you were wondering, are those bamboo poles you’ve been seeing all over your home mountain for the past three years or so. Panda Poles are an excellent choice for several reasons: they’re made from a sustainable product, they’re actually sturdier than aluminum poles (contrary to popular belief), they’ve got a cute mascot, and, according to Angel, they’re great conversation starters. Last but certainly not least, they’re handy “if you need to make a super technically sound poleplant.” That’s always the goal, but it’s especially key in no-fall zones - and Alaska is essentially one huge, 663,300 square foot no-fall zone. 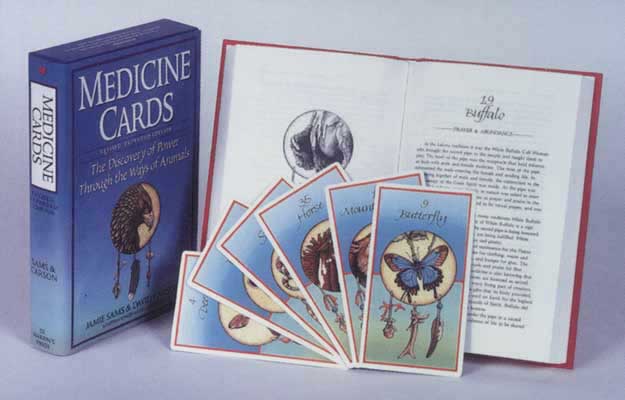 Angel uses her medicine cards to set the tone for her day, calm her nerves, and give her a focus point. She pulls them out right after her morning meditation, so that she can be aware and on high alert all day in the field. They serve as a mantra for her whenever she’s feeling a little too gripped at the top of her line, so that she skis with an optimal mindset and doesn’t let the nerves get to her. 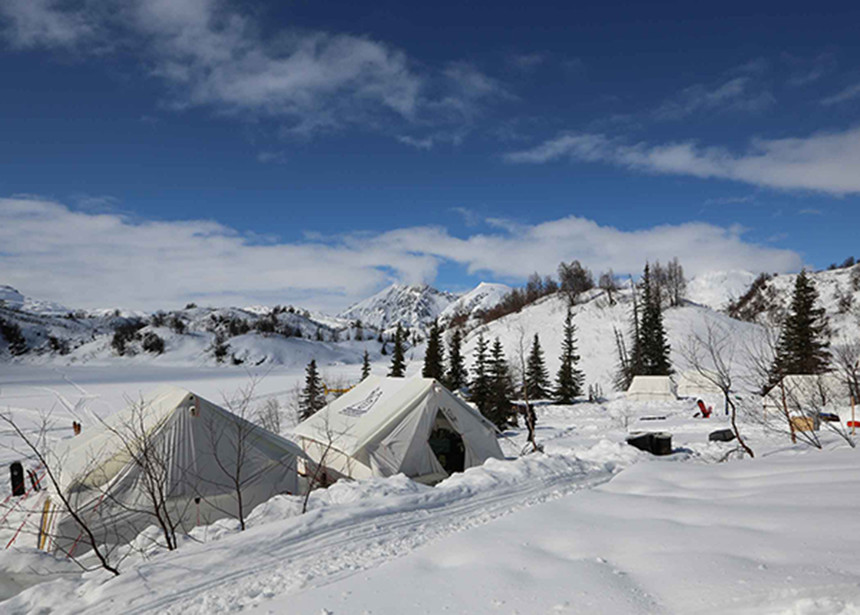 Heavy weather forecasts lead to epic snow conditions, but they also lead to down days back at camp - and this is where costume pieces come in clutch. Angel preaches that skiers can’t be too serious all the time. The stress of sitting around, wondering if the clouds will ever break, if you’ll see that fabled full blue, if you’ll ever receive the A-OK, can make people go crazy - so there needs to be a way to forget about the what ifs and kick back while you can. Wearing something wacky alleviates the anxiousness and turns the waiting into a party. Weird sunglasses, wigs, tutus, onesies, jean on jean/neon creativity, and the like are all fair game at Fantasy Camp, because no one parties harder than a group of ski buddies with no other options or responsibilities. 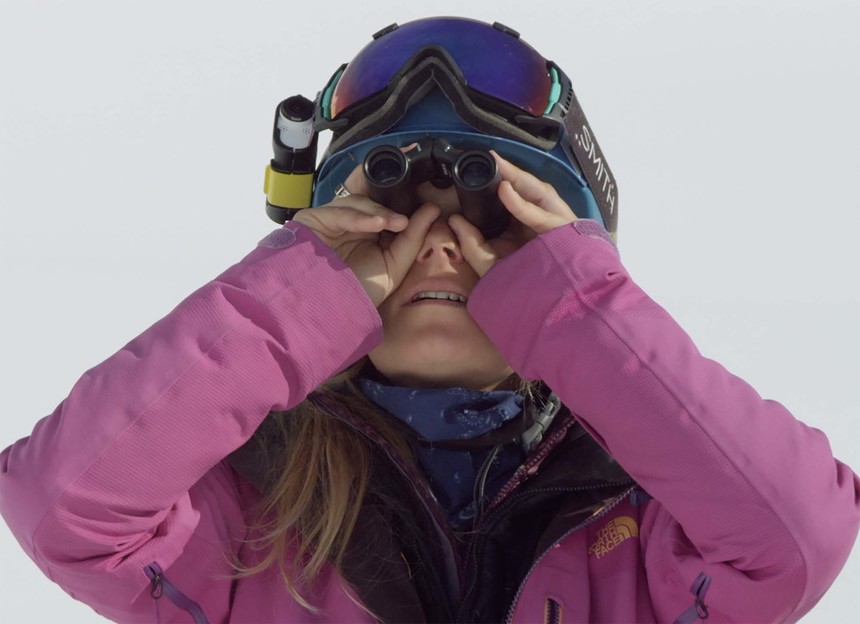 Angel puts these tools to use when scoping out lines at the bottom of a zone. They give her an incredibly accurate take on snow conditions before she gets up there, so that she can determine what’s hardpack, what’s ice, what’s wind-affected, and what’s pow without having to test it the old fashioned way. It’s a game changer to be able to figure out aspects of terrain from so far away, and it also helps with re-orientation when you actually get to the top. We all know the feeling of scanning a line from below and thinking how doable it looks - and then standing on top of it and thinking exactly the opposite. The point and shoot camera helps Angel avoid this common mishap, and also helps her find her way down whatever line she chooses to drop. 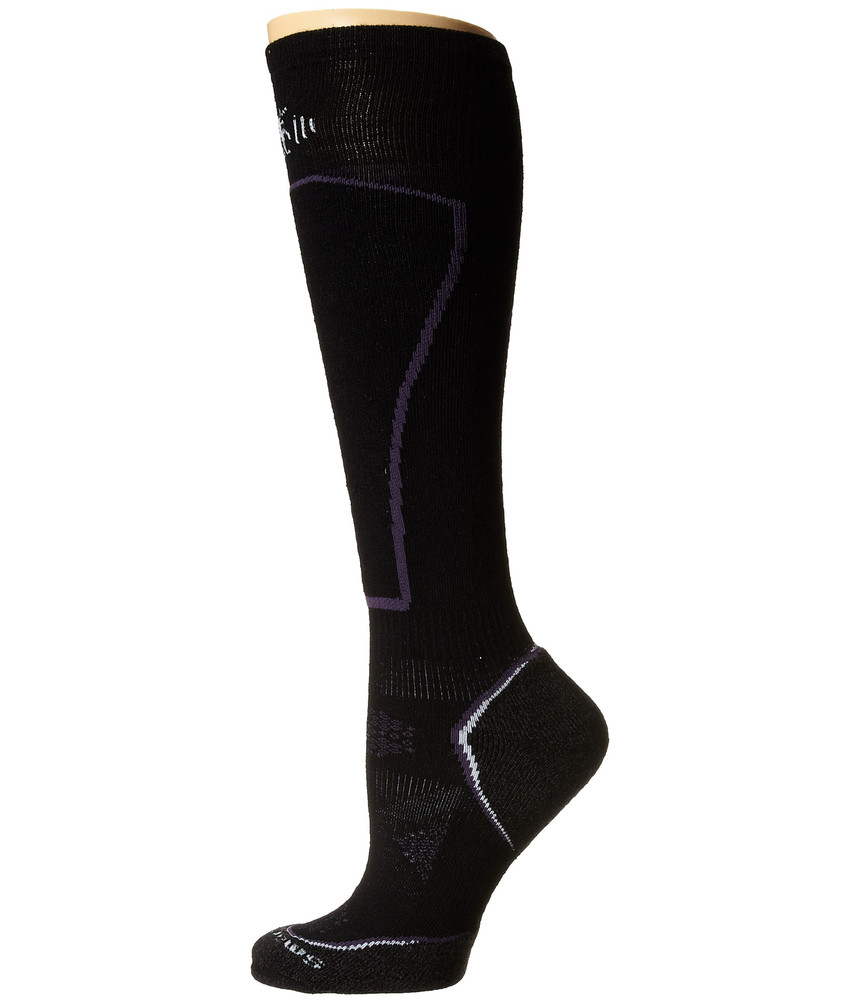 Smartwool is the be-all end-all of awesome socks because, as Angel contends, they “stay warm and don’t smell.” That’s about all you can hope for in a ski sock, alongside thickness in the right places and thinness in others - which these also happen to have. They’re especially optimal on trips like Fantasy Camp, where laundry isn’t an option. Angel is currently in the process of designing her own custom Smartwool socks, so that she’ll be comfortable, lucky, and dry all day long in the Alaskan wilderness.

You can see Angel Collinson in our new film Rogue Elements, presented by REI.