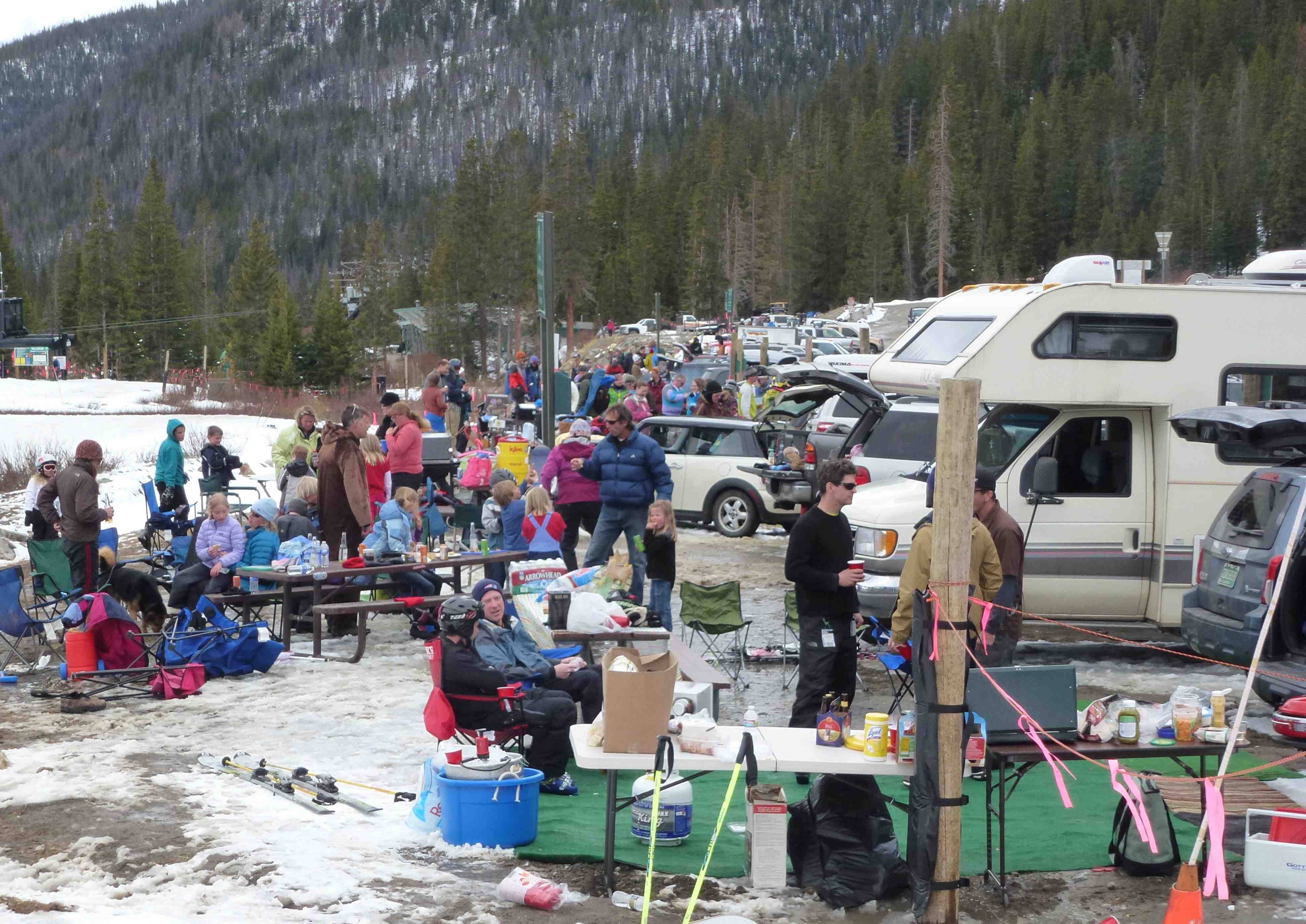 Arapahoe Basin, CO – Arapahoe Basin Ski Area will close for the 2011-2012 ski season this Sunday, May 6, 2012. As hard as the staff has tried to keep the ski area open through May, unseasonably warm weather and lack of snowfall has brought the ski season to an early end.

“This was a very tough decision. Sometimes Mother Nature tells us it is time and, sadly, it is time to close,” said Alan Henceroth, Arapahoe Basin COO. The season did have its high points with bluebird skies and an early opening. A-Basin had one of its earliest openings on record on October 13, 2011 and by Sunday will have been open for 207 days.

Join us at the Basin this weekend for a final weekend party. On Saturday, May 5, take part in the Huck, Rock and Roll slopestyle event in the Treeline Terrain Park beginning at 10:00 a.m. Compete for a chance to win cash prizes, sponsor gear and a RAMP snowboard. John Truscelli and the Stolen Band will begin their free concert at 1:00 p.m. in the base area. A-Basin will also be holding a luau and pig roast on Saturday. On Sunday, enjoy live music in the base area from 1:00 – 4:00 p.m. and get your last turns in on the slopes.

Arapahoe Basin will be holding its inaugural Chili Festival on Saturday, May 19 and its Festival of the Brewpubs on May 27, 2012 with free live music in the base area. A full calendar of summer events are also planned. For more information on A-Basin events and closing day weekend, please visit the website www.arapahoebasin.com or call 1-888-ARAPAHOE.