Back in March Velosolutions—the leader in pump track design and production—teamed up with Red Bull to create an unprecedented event: A world championship tour of pump track racing.

Pump tracks have long served as a foundational skill building component of cycling. The beauty of these tracks is that they appeal to riders of all different disciplines—BMX, dirt jumping, and mountain biking. It doesn't matter what kind of rider you are, you just need a bike to participate. 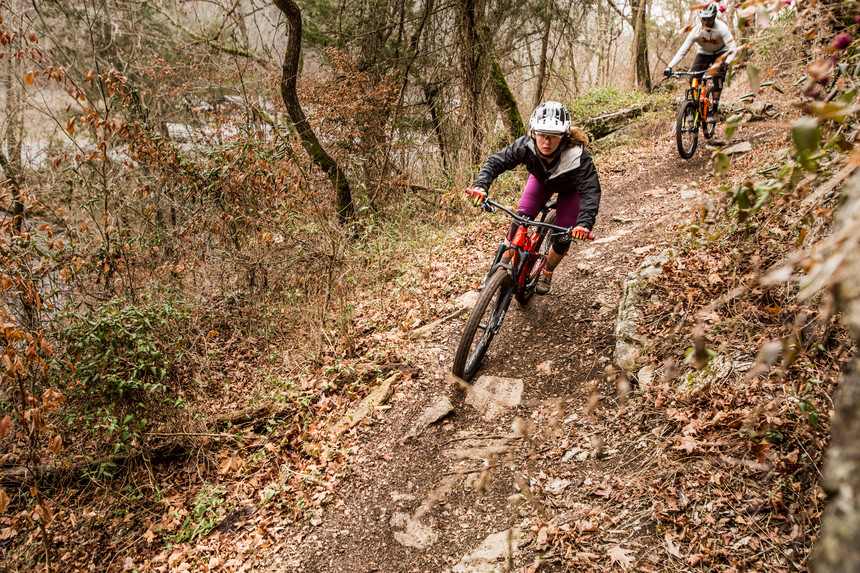 Alaina Henderson and Ikhide Ikhigbonoaremen fly down Blowing Springs, which is one of the prominent trails in Arkansas' growing network of singletrack. Tim Koerber photo.

"Pump tracks have always been something we've used for fun or fine-tuning our skills, now it's actually something we can compete in," explained Alaina Henderson, a racer and a bike tester for TGR who competed in the Oklahoma City qualifier.

RELATED: We Just Tested 17 Of This Year's Best Trail and Enduro Bikes

"Aside from the pump track event at Crankworx, there hasn't really been a space for competing in this discipline. Before that pump tracks were just something that were an addition to a trail or part of someone's backyard—now this recognizes it as its own event."

The tour has had 21 stops all throughout the world, from Leavenworth, Washington, to Roma, Lesotho. And while it's very much still in its infancy, the cycling community is excited to see how the tour will grow. 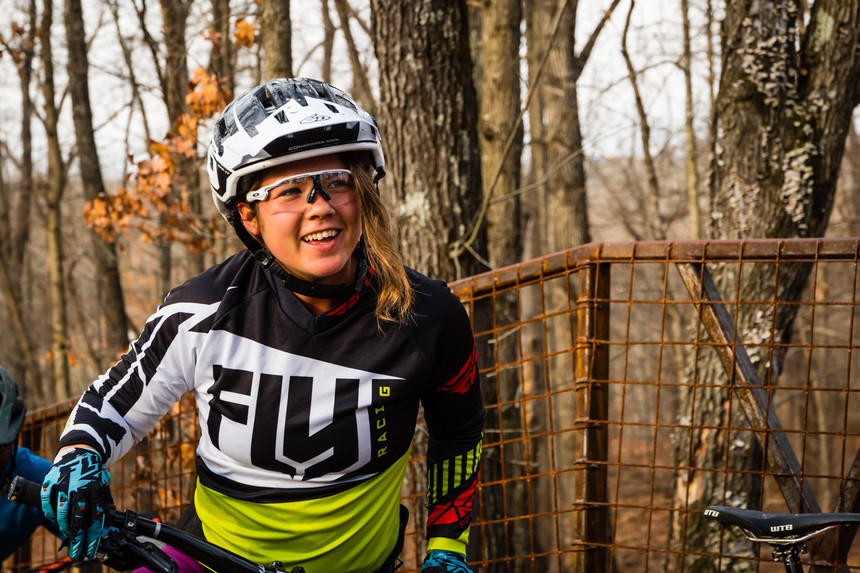 Henderson who originally grew up racing BMX is now excited to be adding pump track to her competition repertoire. Tim Koerber photo.

"I really liked how small [the Oklahoma City qualifier] was. At a BMX track or a mountain bike race things are so spread out, but at the pump track, the action is all isolated to this one space," Henderson explained when asked what made the event so unique. "Everyone is there cheering you along, it's got such an incredible energy to it."

RELATED: Is Bentonville Arkansas the Next Great Mountain Bike Town? 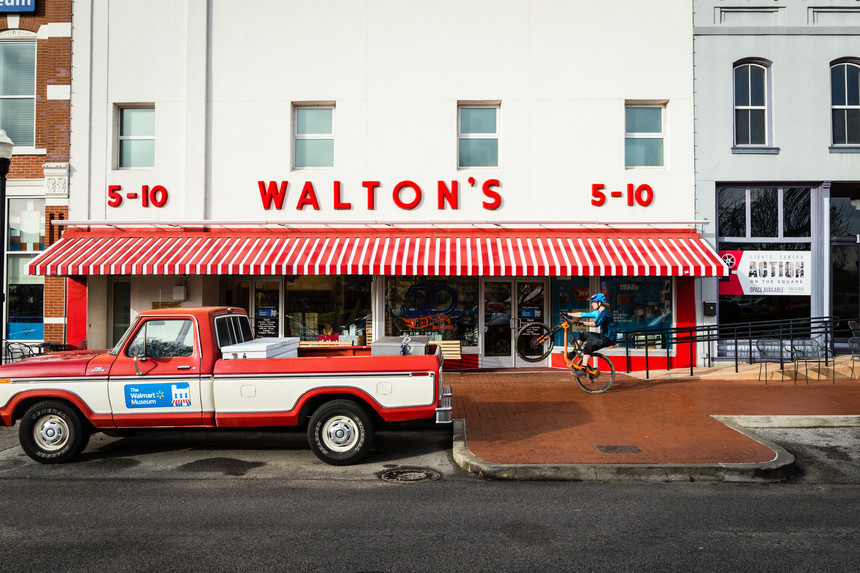 Turns out that the Walton brothers are mountain biking fanatics. A passion they used to create Arkansas into a world-class riding destination. Tim Koerber photo.

With nearby Bentonville already sporting 250 miles of singletrack, and with the Walton brothers (of the Walmart fortune) already investing their resources into developing bike projects throughout northwest Arkansas, the area is rapidly becoming a destination for mountain biking tourism. 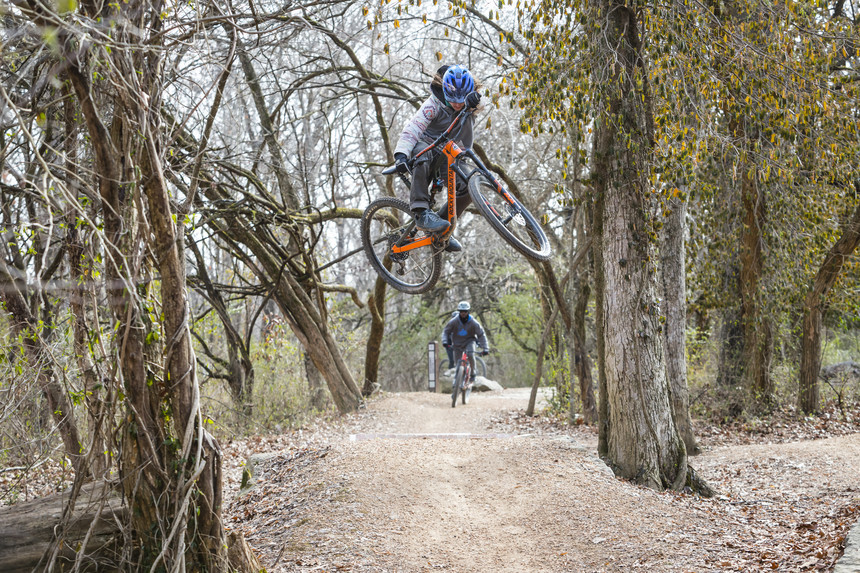 Arkansas is hoping to get on every rider's radar as a premiere riding destination. Hosting a major event like the Pump Track World Championship will only help aid their cause. Tim Koerber photo.

"It's great for mountain bikers," Henderson said about the addition of the pump track. "A whole new group of riders will travel to Arkansas for this competition and they'll understand what an incredible riding destination it actually is."