There I was lying on the ground of the airport, unable to see or balance, my mind trying to comprehend what was going on, little did I know that I had just had a stroke. I'm 30, extremely active and fit, how did this even happen? It rocked me hard. After a stay in acute care at hospital it's been a hard road of commitment to rehab and physio. I've pushed my body and mind in the effort to get back to what I was, I'm still not there yet, but the improvements have been nothing short of amazing, the brain is an incredible thing.

8 days into my hospital stay, feeling much better 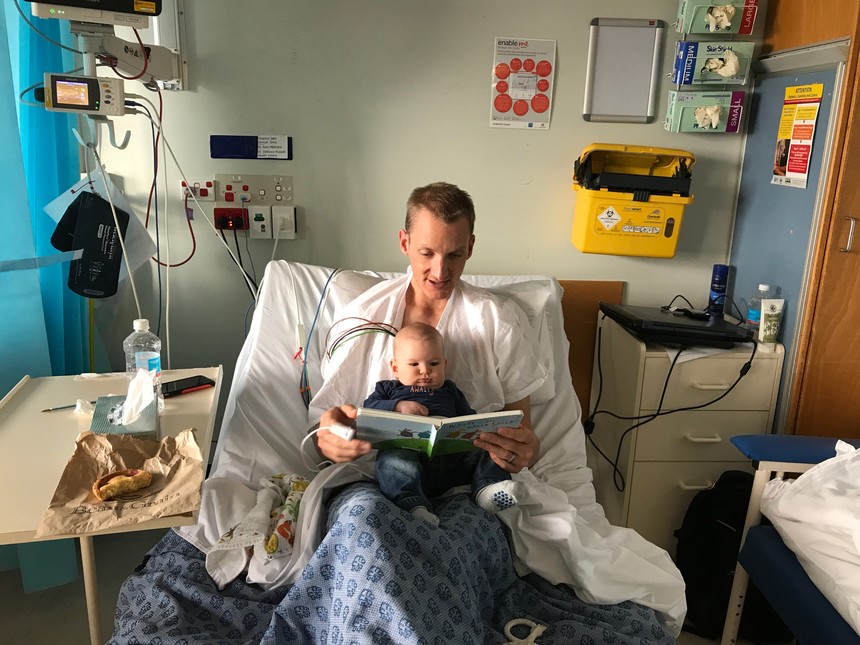 The snow and especially the backcountry is a huge part of my life, on Saturday I got to head out on my first tour since the stroke 9 weeks ago. My balance has changed and I still get regular dizzy spells, something I needed to remember as we headed out. Visibility was atrocious, we faced rain and white out conditions most of the way, at times navigating by compass, but we pushed on to our objective, Blue Lake. 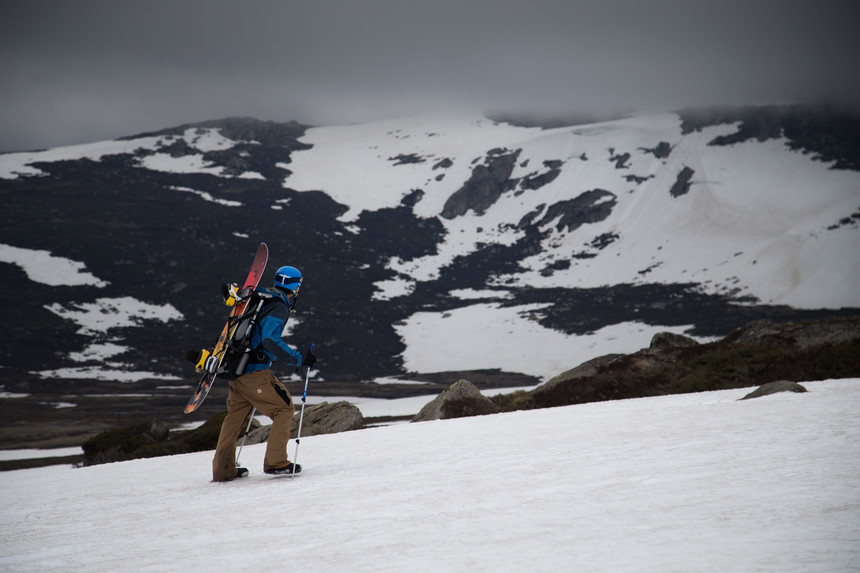 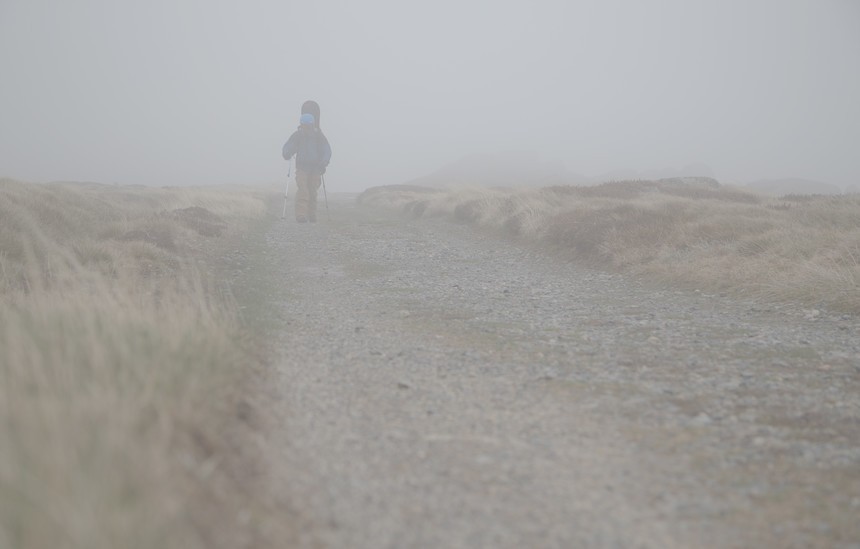 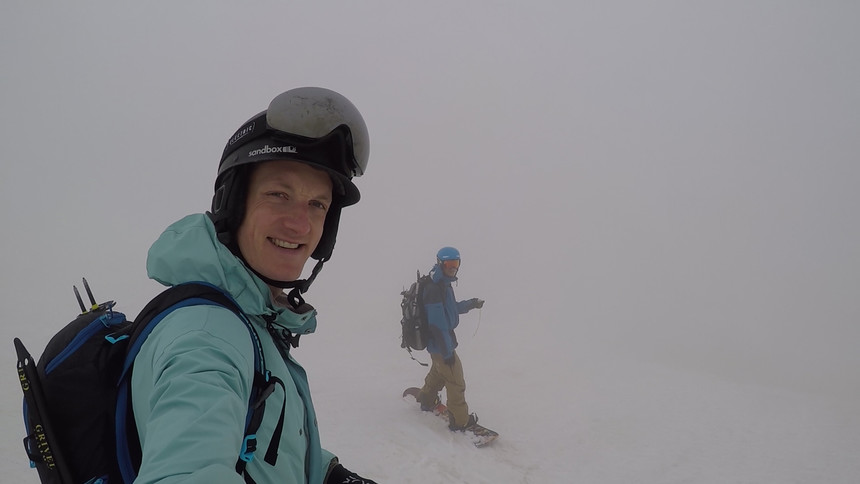 We arrived at the top of Blue Lake and almost on cue the sun pushed through the cloud to reveal that familiar place that I love so much. We looked down over the massive cornice at The Amphitheatre and assessed the snow pack, rain scallops with ice 5cm below, perfect Aussie spring conditions. Erryn dropped the cornice and rode down, he then tried to climb back up for another run but fell short 50m from the top due to the sketchy snow. 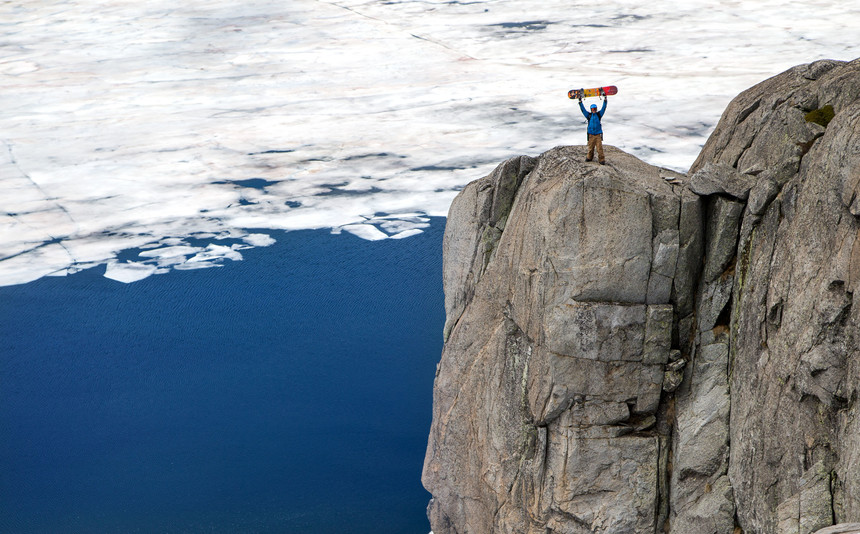 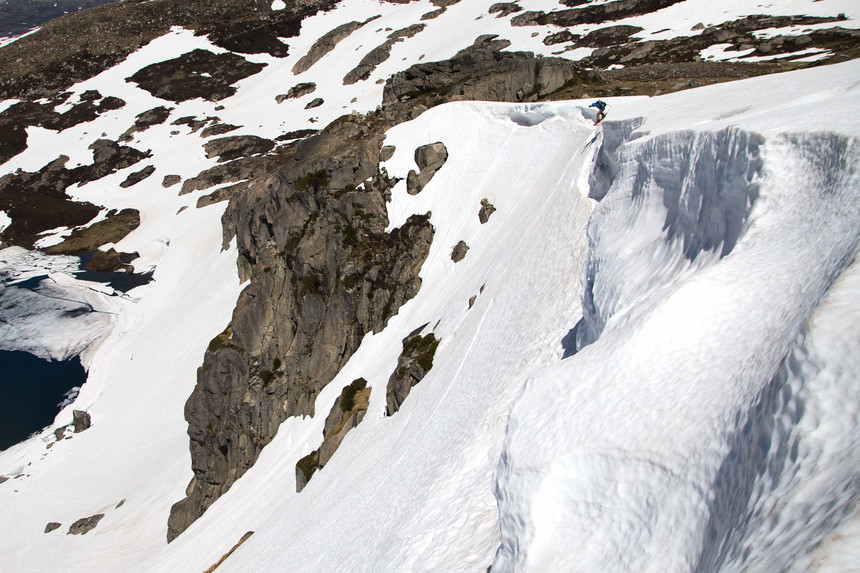 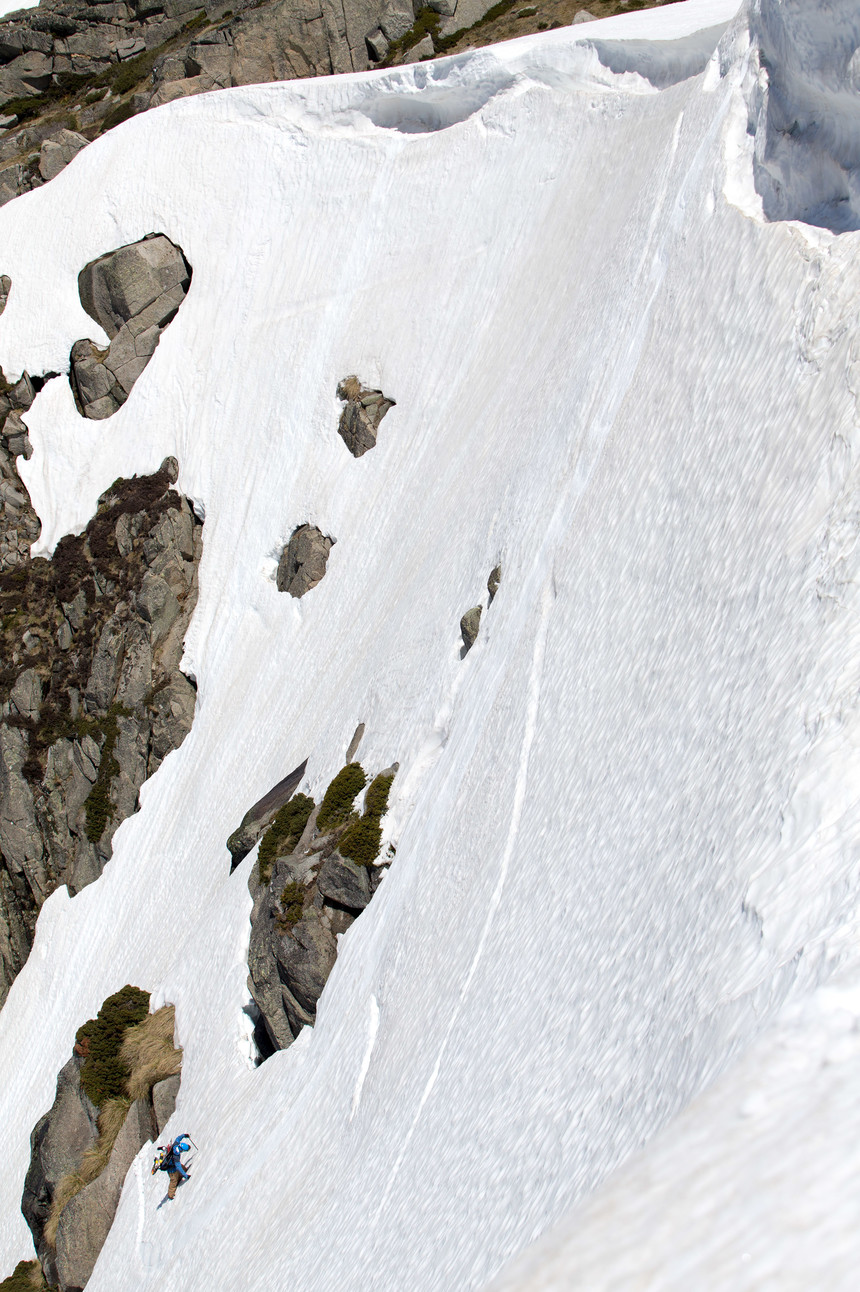 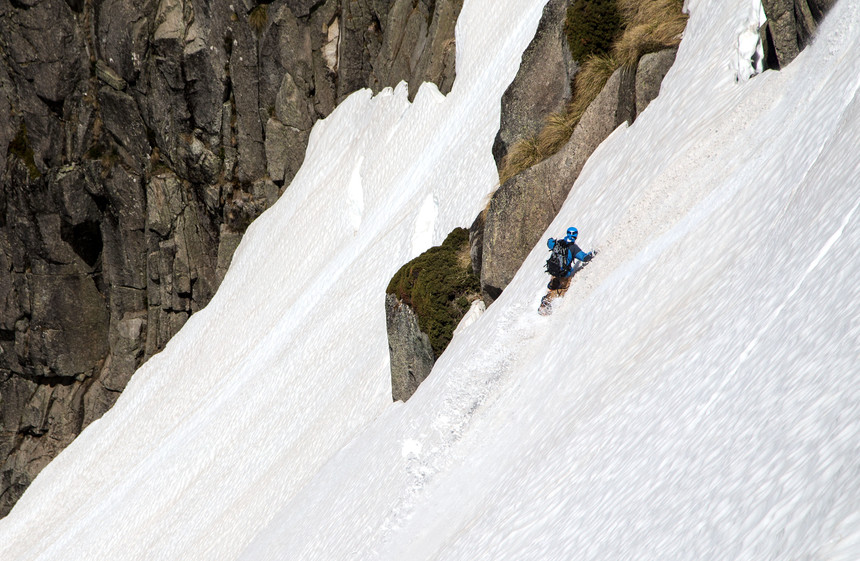 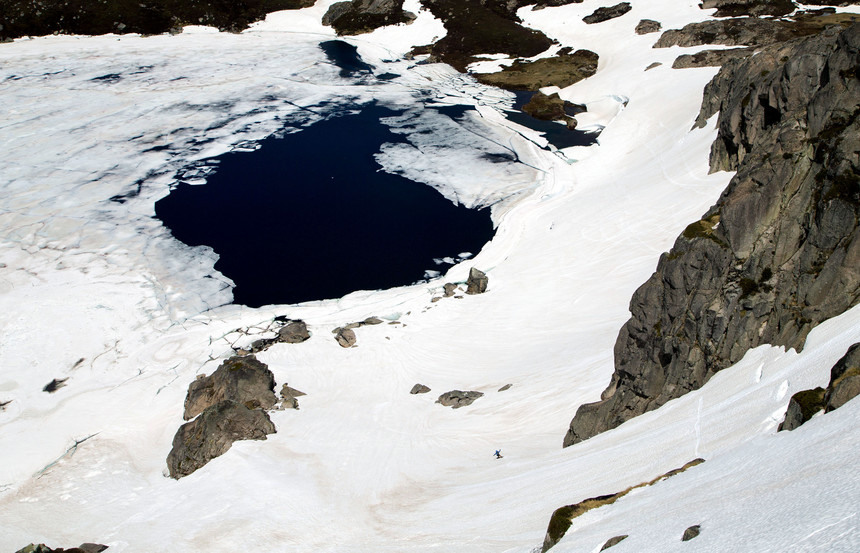 Now it was my turn, riding safely was my goal, there was no room for errors. Erryn warned me the snow was not ideal and to be careful at speed. Calculating the risk, checking and double checking with Erryn the line I needed to take, I dropped. It was not pretty, nor was it super fast, but I didn't fall and I was snowboarding. It's hard to explain how good it felt to ride this line, I genuinely thought 9 weeks ago I would never get to ride in the backcountry again.

Riding to the descent point 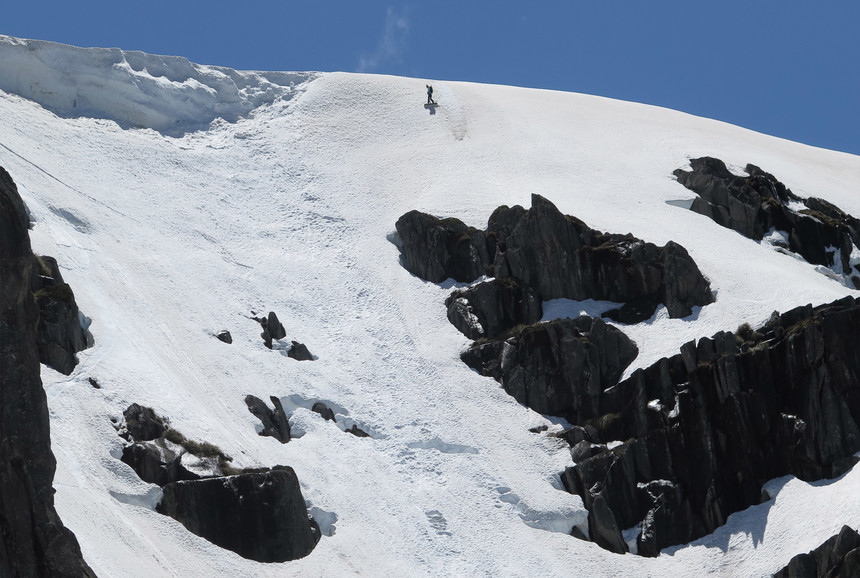 My point of view as i began my descent 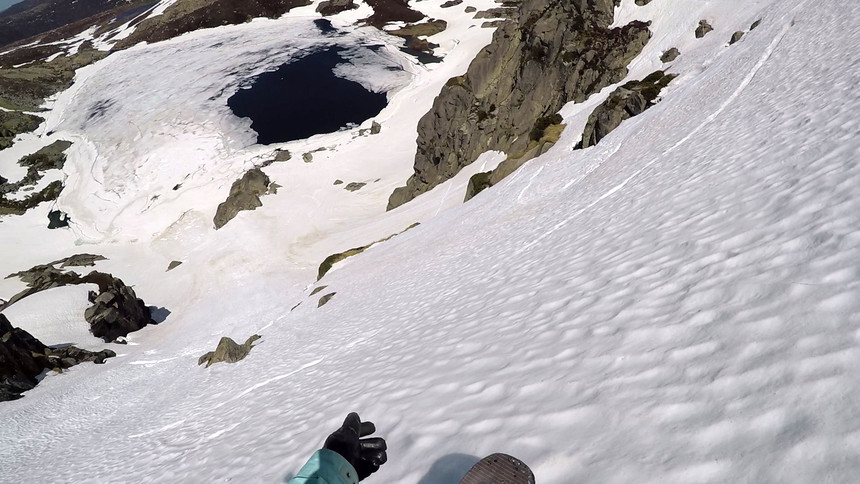 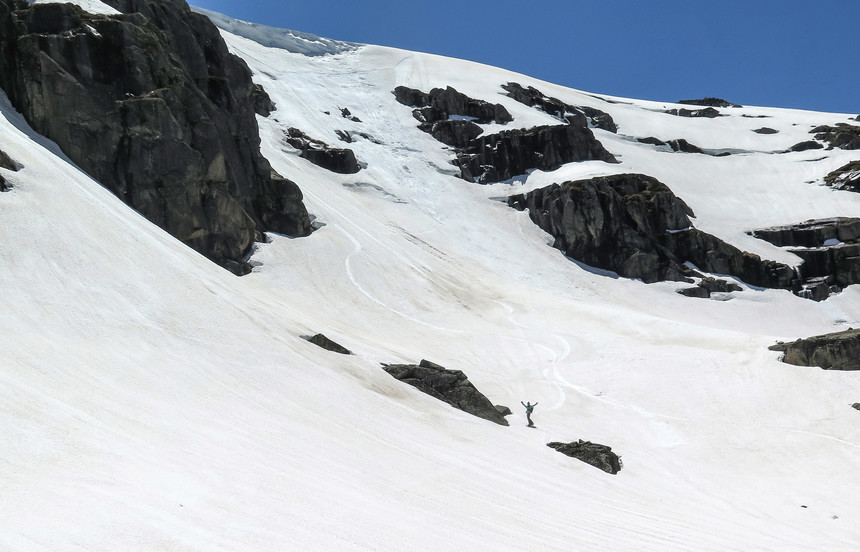 At the bottom fatigue started to set in, a significant side effect I've been battling since the stroke. We decided to have lunch, rest and try and find a feature for some photos. We spotted a huge glide crack after lunch and went to check it out. It looked good and Erryn decided to hit it. After much consideration I hit it as well, I stomped it and was super psyched. 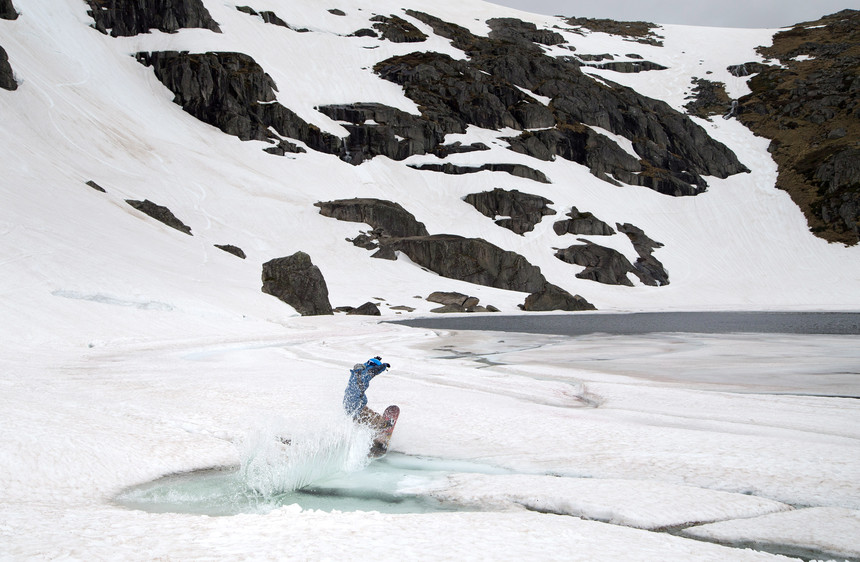 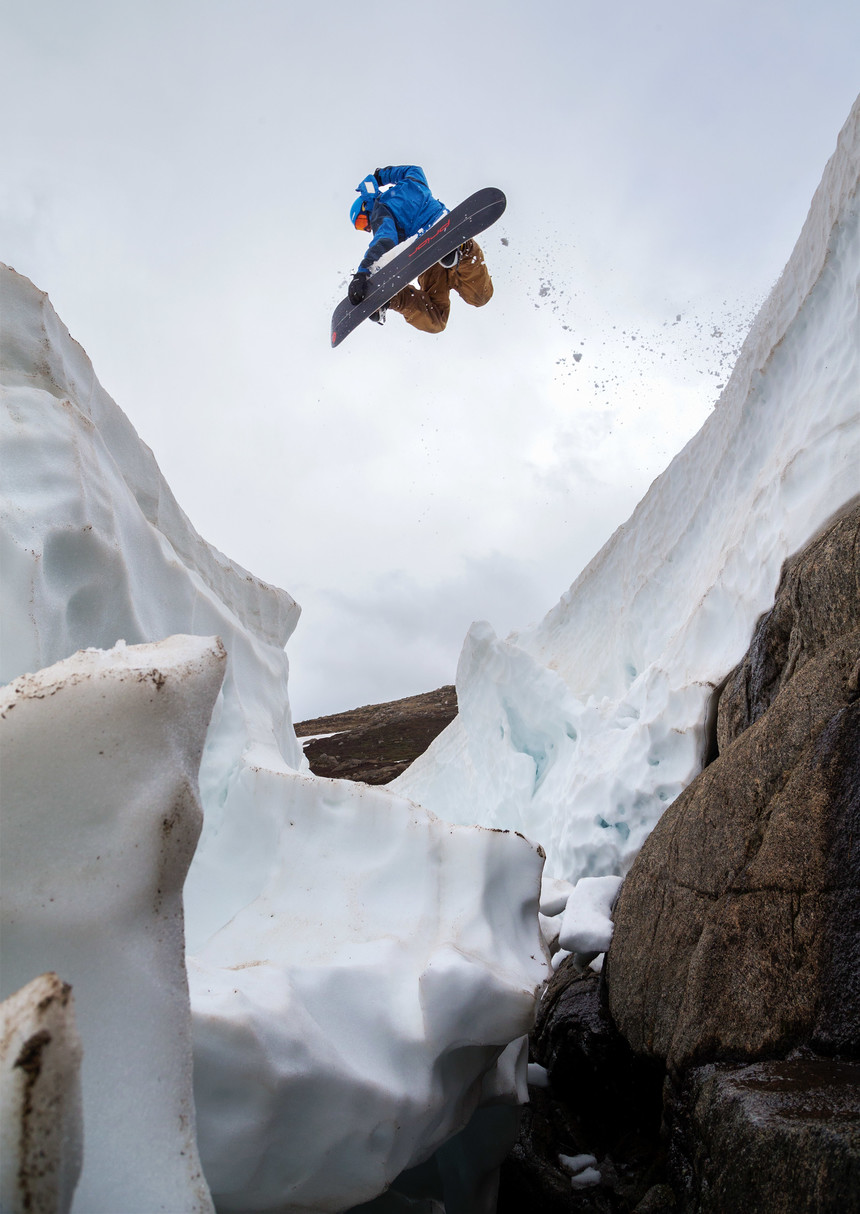 Me gapping the glide crack 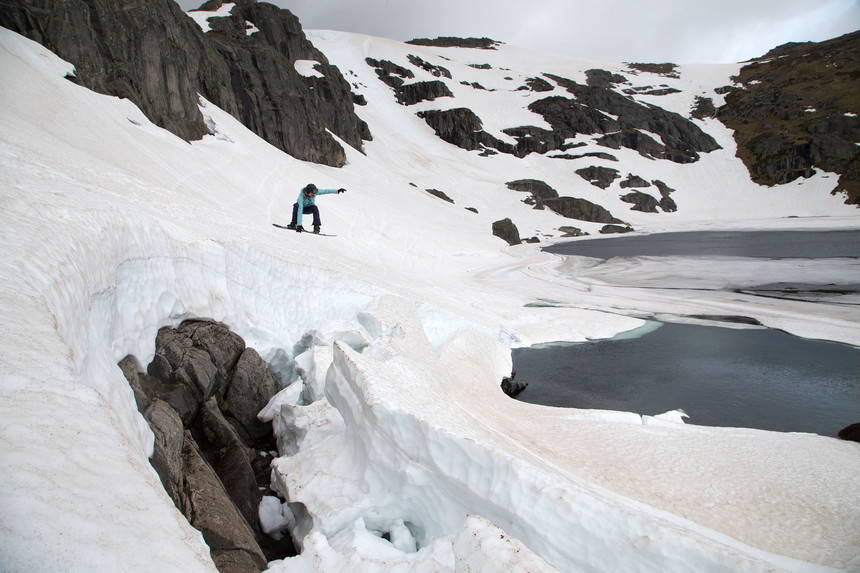 There was a big storm forecast for the late afternoon so it was time to head home. As we arrived back at the car the skies opened with torrential rain, perfect timing. I was wrecked, dizzy and tired but totally stoked to get back out there even if I'm not quite the same as what I once was. 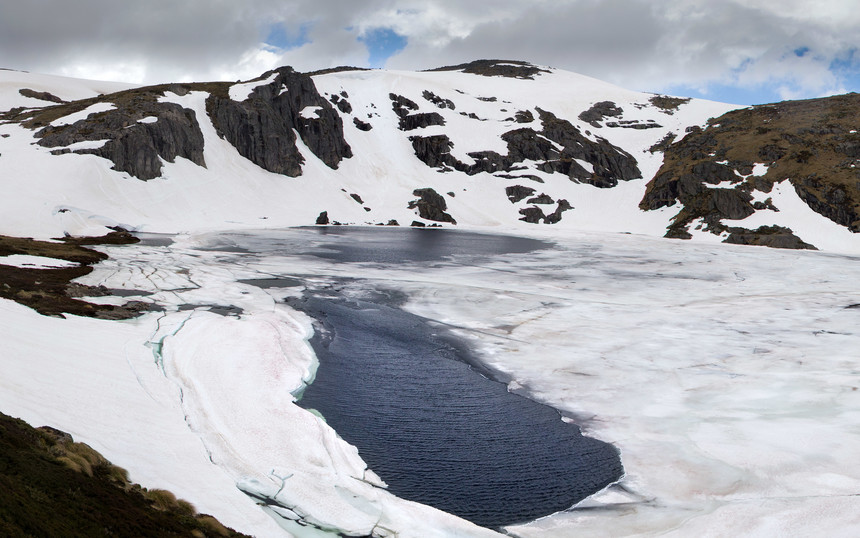