Backcountry Snowboarding: Too Niche for OR? Not Mainstream Enough for SIA? 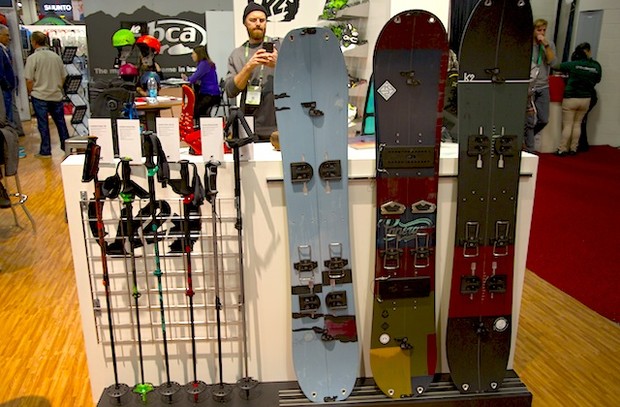 K2 was one of the few snowboard brands, and one of a fewer showing off splitboards, at this year's Winter Outdoor Retailer. Ryan Dunfee photo.

In a couple of weeks, the snowboarding industry will descend on Denver, Colorado for the SIA tradeshow. It will be, like every year, a brodown of epic proportions. Every major board company will be there promoting next year’s decks and chatting about camber profiles, core materials, sidecuts, and other techy details that only hardcore snowboarders and industry professionals would know, let alone care about.

After four days of chitchatting about industry trends and buyer numbers, the SIA On-Snow Demo takes over Copper Mountain. Boards get tested. Reviews get written. Feedback gets offered up, and buyers decide what they want. All of this is a critical process. It informs people who sell snowboards (directly or indirectly) to people who buy snowboards. And like most tradeshows, it’s also fairly expensive to participate in for brands.

A growing selection of mostly backcountry and powder-focused board companies will opt out SIA, in large part because they are not catering to board distributors. They sell their own boards direct to the consumer, often with a generous option to demo the boards beforehand.

Many of these companies run their own demos, in collaboration with local ski resorts, manufacturers of backcountry safety equipment, and splitboard festivals. Their boards’ specs are available online, and riders can ping board manufacturers with their million-and-one questions about how the board planes through different levels snowfall and different kinds of snowpack and how it handles icy, beat-up runouts.

Salomon's Premier Splitboard is an ultra-lightweight deck with a third, middle piece that folds in half for packing. It's marketed to splitboard mountaineers. MacKenzie Ryan photo.

Last weekend, Outdoor Retailer, an arguably more apparel-heavy, backcountry-focused tradeshow than SIA, featured backcountry safety equipment, AT set-ups, backcountry skis, mountaineering equipment, and a seemingly absurd number of nordic skis and snowshoes. However, there was only a tiny smattering of splitboards available–Arbor, K2, Voile, and Salomon–and other than these four stalwarts, no discernible snowboard industry presence. Only Voile brought splitboards to OR’s All-Mountain Demo. 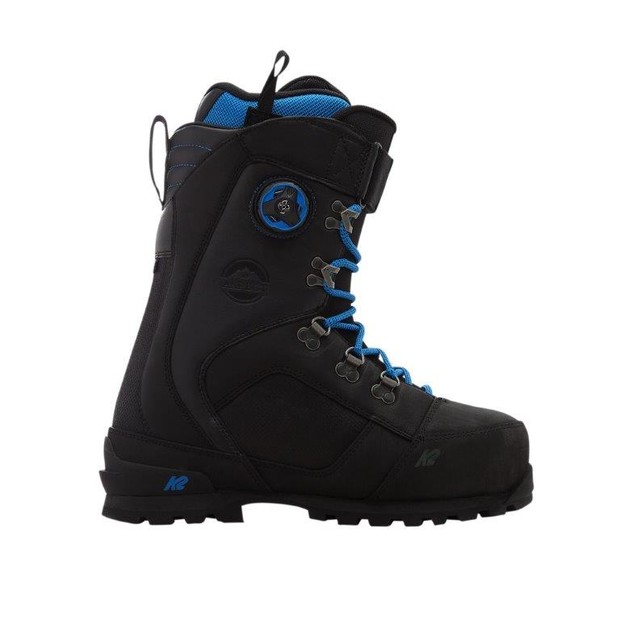 Lucas Debari's pro model boot was one of only a few soft goods products geared toward backcountry snowboarders at Outdoor Retailer 2016. K2 photo.

With the economic considerations and impending timing of SIA, it makes sense for splitboard makers and other boutique snowboard companies to either hit SIA or nothing at all. However, what seemed curious was that a backcountry-focused tradeshow didn’t actively court snowboard brands that operate within more or less the same backcountry market. Backcountry snowboarding isn’t so mainstream that it’ll be the toast of SIA. It also isn’t so niche that it should be invisible at OR.

If you’ve made it this far into this article, please let us know what your thoughts are about the role tradeshows play in splitboarding and freeriding. Are they obsolete? Or should they work to make freeride and backcountry snowboard brands a bigger part of the show?