Behind the Scenes of Red Bull Rampage: The Bike Caddy 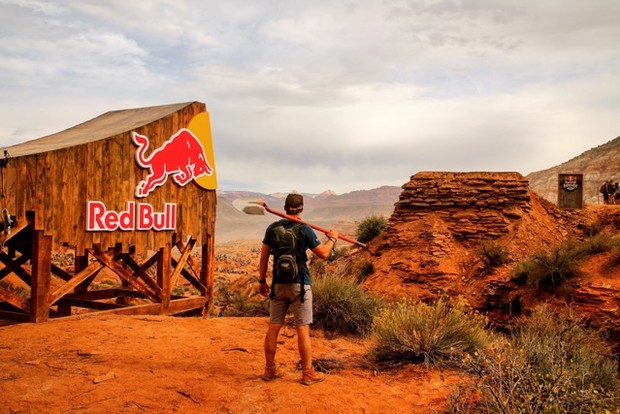 If you have paid any attention to Red Bull Rampage coverage, chances are there has been an influx of “WATCH: The Top 5 Runs”, coverage from Paul Basagoitia’s crash, and the ever so important results. By now, you’ve seen the winning run, the crashes, and everything else that has gone viral as a result of the event. 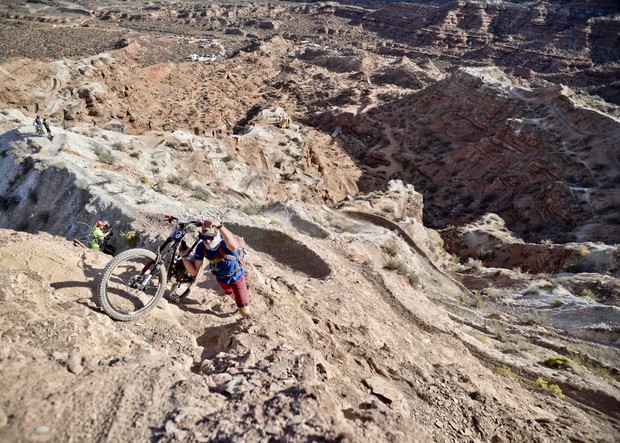 Red Bull bike caddies are faced with the daunting task of climbing the athlete's bikes up this hill. Patrick Rooney photo.

However beyond the media, the trail crews, and the athletes is a group of 30 who work as bike caddies. I sat down with one of their own to learn about the daunting task of climbing the athlete’s bikes up to the start gates.

They’re in a dust storm in the middle of the desert, sitting in the bed of a truck bouncing around and clenching onto a bike. The caddies and the bikes are then dropped off and faced with a 1,500 vertical foot rocky untamed hillside. Heads down, speak softly, and take the next hour to carry these bikes–then do it another two or three times each day. 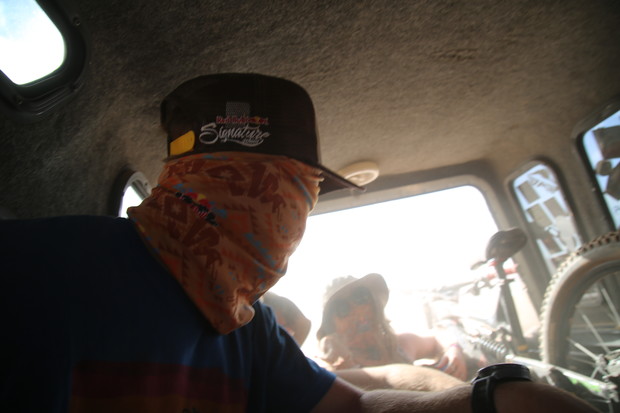 Bike caddies crammed into the back of the athlete's trucks. Lorenzo Politano photo.

But why would one be stoked on exhausting themselves in sweltering heat? One bike caddy, Jay Brooks, who came with a crew of five from Bozeman, Montana shared his stoke of being at the start gate with the athletes. The task wasn’t necessarily glamorous, but the bike caddies had access to everything–much more than a media pass could ever grant them. Brooks shared that bike caddy Patrick Rooney overheard that one rider expressed concern with the course to another rider, saying “Fuck that, I’m not taking another run.” 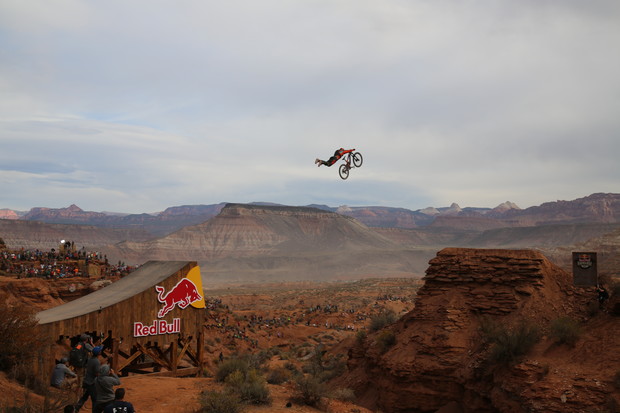 One of the riders going big over the canyon gap. Lorenzo Politano photo.

At the end of the day, Rampage will always be one of the most extreme events of the year–there’s nothing attractive about it. From dirty crashes to the intimidating climbs the bike caddies made daily, even the media is starting to make that clear.