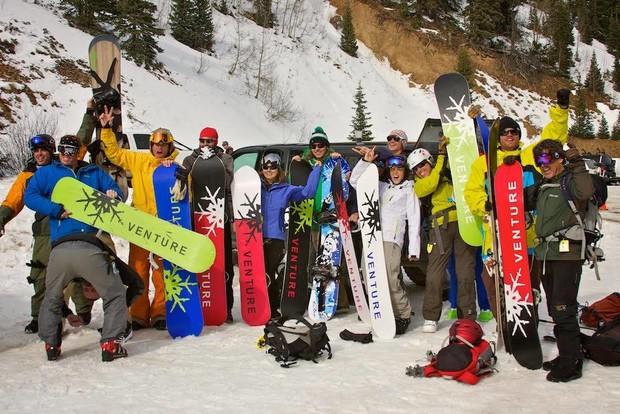 The Venture crew celebrating an exciting 16-year run before closing their doors this month. Venture photo.

One of the great core freeride snowboard manufacturers, Silverton, Colorado-based Venture Snowboards, has announced it is closing its doors, and will not be delivering any boards to market this upcoming season. In a post published on their Facebook page, the founding couple of Klem and Lisa Branner said that circumstances "beyond our control" precipitated in the brand being unable to continue into this upcoming winter.

"Venture Snowboards has encountered some challenging terrain in recent months, read the post. "Circumstances beyond our control have forced us to make a tough decision. We will not be delivering any boards to market for the 2015-16 winter season.

To our friends, colleagues, collaborators and all you Venture riders and supporters, we are deeply sorry. We sincerely apologize for any impacts this may have on you or your business. 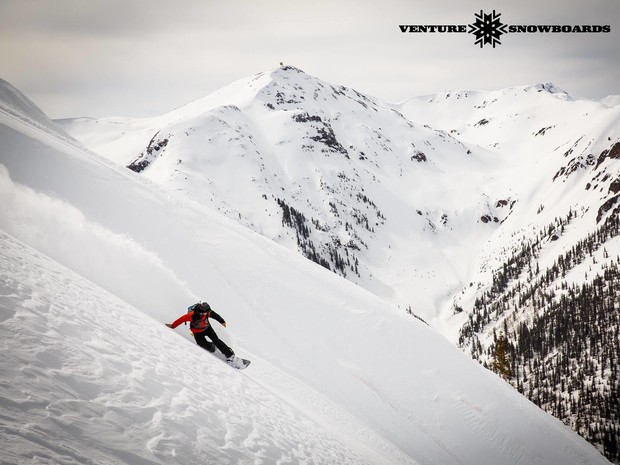 Based in Silverton, Colorado, Venture has had some of the country's most badass backcountry terrain to test and mold their designs in. Venture photo.

To our staff who stuck by us through thick and thin—you are the heart of Venture. So many people had the best days of their lives on boards we built by hand. That is something to be proud of, something no one can take away.

Trust us when we say we did everything possible to make it work. Venture has been a labor of love for us for more than 16 years. We did it for you, for ourselves, and for snowboarding.

We can’t project what will happen beyond 2015-16. In the meantime, we hope you’ll support the other craft manufacturers out there who love snowboarding as much as we do.

This isn’t goodbye. See you soon."

The company's isolated Silverton factory, where all the boards were built by hand. Silverton photo.

The Colorado brand had been building some of the most notable freeride and big-mountain boards out there since its founding in 1999, basing its designs and ideas off of the rugged and limitless backcountry found right outside the front door of its factory in Silverton–where the success of Silverton Mountain has been the area a haven for those looking to step into some of the rowdiest mountains in the Lower 48.

Some of its progressive shapes even extended to boards like the Euphoria, a fish-tailed pow surfer that could be ridden with or without bindings, even as a splitboard. While the company was unavailable for a phone call as of press time, we certainly hope that their current difficulties are only temporary, and that we see Venture boards back in the racks at your local shop next season.