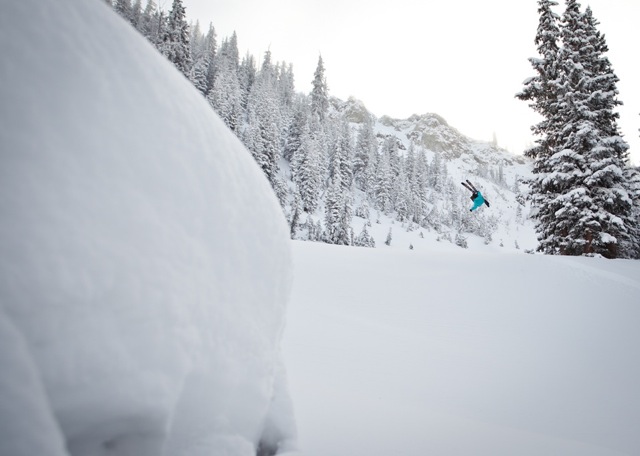 Over eight world-class ski resorts are sprinkled throughout the Wasatch Range in Utah, all within an hour's drive from downtown Salt Lake City. With so many resorts to choose from, nailing down a favorite can be tough, but for TGR athlete Tim Durtschi, finding his go-to was a cinch. It all came down to the mountain with the most unparalleled and easily accessible terrain, and that just so happened to be located just 40 minutes from his front door at Brighton.

Brighton was founded in 1936 as Utah's first ski resort. It started with a single rope-tow and through the years it's amassed just six lifts, 66 in-bounds trails, and access to a huge swath of backcountry. To this day, it's maintained an old-school vibe, and operates without the frills or pretensions of Utah’s more renowned resorts a ridge over in either directions. It's a true local's mountain that boasts nothing more than rad terrain, a laid-back vibe, and an annual snowfall of over 500 inches of that legendary 4% moisture content blower Utah pow.

We caught up with Tim D – who just won Best Male Performance at the Powder Video Awards for his skiing in Way Of Life - for the low-down on his home mountain, the best lifts to take, lines to drop, and what makes this gem his favorite hill. We've also complied Tim's best 'gram's from Brighton for this hybrid Local's Guide.

How many seasons have you been skiing at Brighton, and how long have you considered it your home mountain?

I have been skiing at Brighton for four seasons off and on, and it's been my home mountain for the last two seasons.

Out of all of the resorts in Utah, what makes Brighton your favorite?

I love the atmosphere of Brighton and love that there is so much sidecountry with easy accessibility that not many people take advantage of it. Also, all my friends ski here. 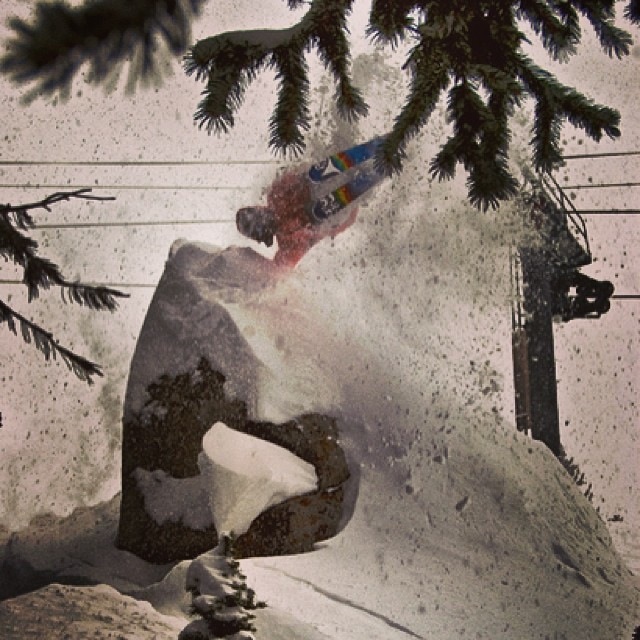 @TimDurtschi with some home-baked hand drag bliss a few years back at Brighton.

What are some of your favorite side-country zones at Brighton?

The place we skied today is called Pioneer Ridge, which is accessible by the Crest Lift. With just a short hike, you have access to seemingly endless sidcountry options. Pioneer Ridge is great for early season, but Milly Express is actually my favorite lift to ski. Most days, I'll spend my entire day skiing Milly Express.

There are these really cool cliff band areas that we like to hit, and it's a place that you can easily lap all day. 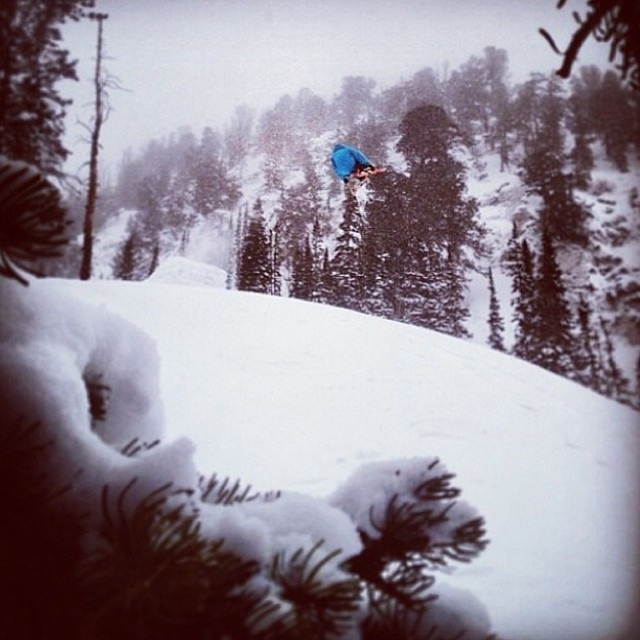 With plenty of good zones and few willing to make the effort to get to them, @timdurtschi finds plenty of space to build booters in the Brighton backcountry.

How many days a season do you usually ski at Brighton?

I try to get at least thirty days a season here. I like to ski there as much as possible in the early season, because I'm traveling a lot throughout the rest of the winter. It's nice to ski with my friends, because once I "leave them for the season to be a pro," I don't have many other chances to ski with them.

Do you have plans to shoot at Brighton this season?

Last year I shot a whole edit at Brighton, mostly with the Saga filmers. Because they're based out of Salt Lake, they like to do a lot of media around the Wasatch. Brighton is a great place to get things done because there are tons of jumps and spots that you can film, even from the lift, so I'm planning to make another edit there this season.

Any insights into the zones where this edit will be filmed?

Mostly sidecountry stuff of course. In between Solitude and Brighton there's a zone that I spent a lot of time in last year, so I'll be mixing it up. It's easy to dip into the Guardsman Pass area, which is just right off of the Great Western Lift. There are so many areas that you can film in, so I'm excited to take advantage of that this season.

Describe your ideal day at Brighton.

First off, Milly Express is my favorite lift because once you get to the top, you can go left, and drop into the cliff areas near Pioneer. Last year, I loved hitting the terrain in Soul Bright which is a section between Milly and Solitude where I filmed most of my Brighton edit. Not as many people take advantage of it, as you have to hike out of the bottom, but I like it. Last season those were some of my favorite days - talking my friends into skiing in Soul Bright and getting after it, because not as many people take advantage of it as they should.

Walk us through a day at Brighton, where do you start? Where do you go?

I've talked a lot about Milly, but if it's snowed over a foot, I recommend going up Great Western. That is the lift that will get you the most vertical. It will take you to the top of Clayton Peak. If you're trying to get first chair, Great Western is the way to go. So I'd start there to get those pow laps in and to get a lot of vertical. Then when that's tracked, I'd head over to Milly and hike those side-country zones. Then I'd pop into Molly Green's where they have really good food, beers, and a fireplace. It's like a really cool old style lodge that is a great place to hang out.

For more info on Brighton, hit up http://www.brightonresort.com

Number of runs: 66, and tons of off piste

Night skiing: On 200 acres with three lifts and the main terrain park